Edward Bernays, whose uncle was Sigmund Freud, is credited with fathering the field of public relations (AKA propaganda). His methods were often to shift massive cultural trends in order to make his products or ideas more appealing. Here are 10 ways he did just that.

Sigmund Freud, the original man-with-couch, wasn’t the only member of that particular bloodline to make a lasting mark on the way people think about thought. Of course, his daughter Anna had some claim to fame as a candidate for least successful therapist ever. But, more on par with Freud’s own success, his influence’s scale and staying power, is that of his nephew Edward Louis Bernays.

Edward Bernays was a Cornell graduate in agriculture who discovered a talent for swaying mass opinion (a process he would later describe with the phrase he invented and used as the title of one of his essays, “engineering consent”). He was described by The New York Times as the “father of public relations,” and many of the practices and perspectives which sustain the marketing industry to this day are his creations.[1]

Bernays hated the advertising methods of his own era, which were often straightforward and aimed to address the reasoning abilities of consumers. He presumed, based on his uncle’s work, that consumers were never actually reasonable but driven rather by powerful subconscious forces. These forces could be manipulated, and the result might be anything from increased cigarette sales to majority support of a war. The O.G. PR man didn’t just want to sell you a product or an idea, he wanted to change the very fabric of society around you, so that the product (or idea) became simply, from your new perspective, the most obvious choice. Here are 10 surprising ways that he engineered and re-engineered our assumptions, our beliefs, our very reality. 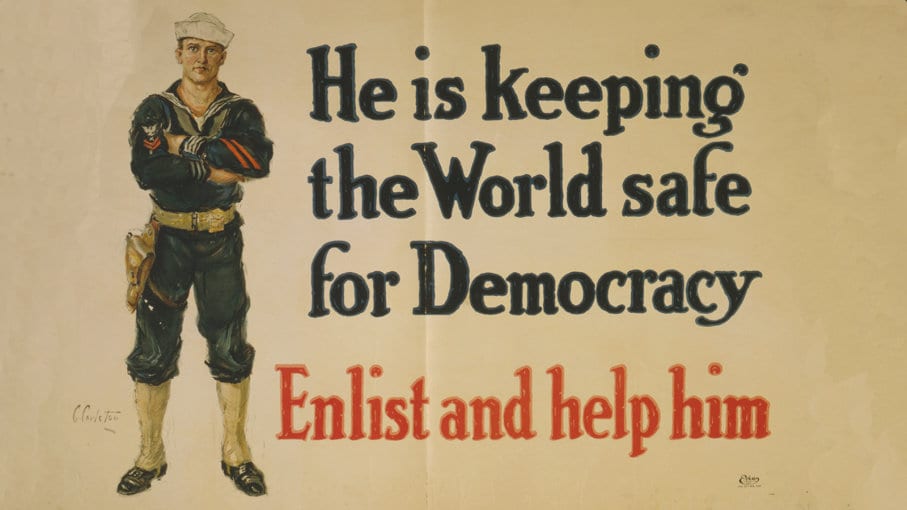 It’s sometimes difficult to look back into history and be confident that we are looking through the right lens. For example, we might imagine that any American war was embraced with a similar state of mind to the one that the U.S. has displayed over the past twenty years. But standard American policy (among everyday people as much as politicians) for a long time maintained that what the rest of the world was up to was really none of our business. This changed right about the time we entered the first world war, though even having entered it, public opinion mostly stood opposed. It was Edward Bernays’ first large-scale project in fact, working on a team for the military to convince the average Joe that war was good and right. As such, Bernays helped to present a paint-by-number framework for such convincing that governments have since mastered – with flair.[2]

This was basically what set up the young PR man for the rest of his career, simply transferring military propaganda to the marketplace.

9 Ham and Eggs as the All-American Breakfast 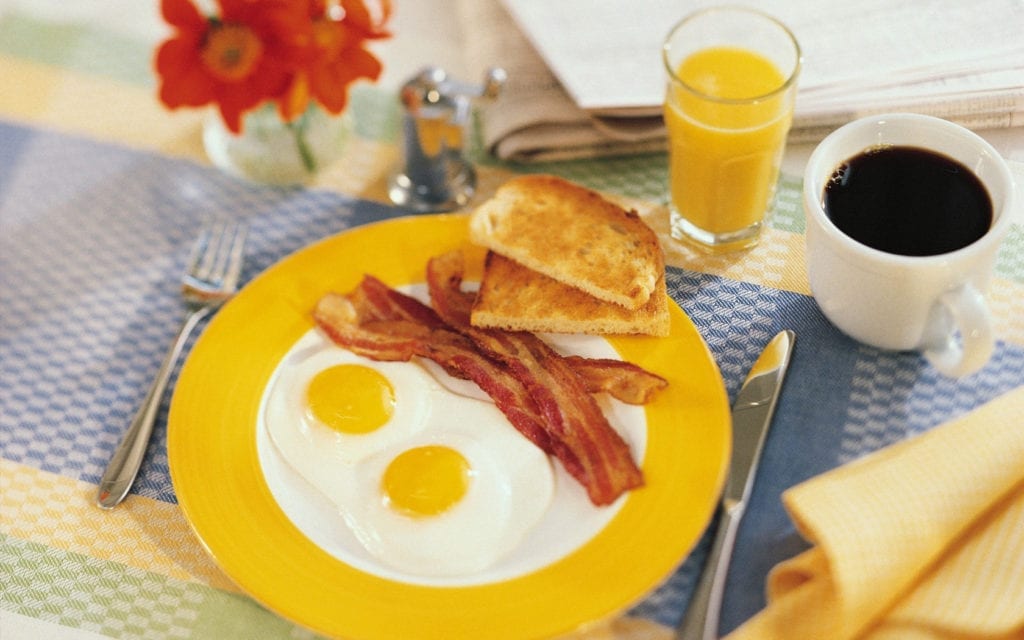 How often do you think about why you eat what you do? There is a long-standing idea of the All-American breakfast being one of ham and eggs. In fact, I would bet that one could take a cross-country tour of American diners and find that most of them serve a breakfast called something like “The American” which is just that: bacon and eggs. But, this wasn’t always the case.[3]

Prior to 1920, the American breakfast was fairly light and humble, mostly grains, a bit of fruit, maybe a cup of coffee. Our more extravagant meal was conjured up when Edward Bernays secured the Beech-Nut Packing Company as a client who wanted him to raise their pork sales. Bernays went to work collecting testimony from nearly 5,000 doctors across the U.S. who said simply that a heavier breakfast was a healthier one, while some of them specifically cited bacon and eggs as an example. The ploy worked. Bernays knew what Americans had at hand to make themselves such a more substantial breakfast and encouraged them with the testimonies which weren’t exactly endorsements for the meal, but which certainly didn’t oppose it. We have assumed things were as American as ham and eggs ever since.

This is a fascinating one. Lucky Strike cigarettes proudly bore a bright green package when they hired Bernays to raise sales. Through polling, he discovered that women in particular were opposed to the brand because it clashed with just about every outfit.[4]

Rarely one to take the straight-forward route, Bernays didn’t demand a change in packaging from the company but instead – by planting supportive articles in fashionable magazines and hosting “green balls” where, perhaps obviously, everyone invited wore green in an environment decorated with the same –, he created a massive fashion trend for the color green. It worked. People wore more green and Lucky Strike, appearing well ahead of the game, became a popular brand accessory. 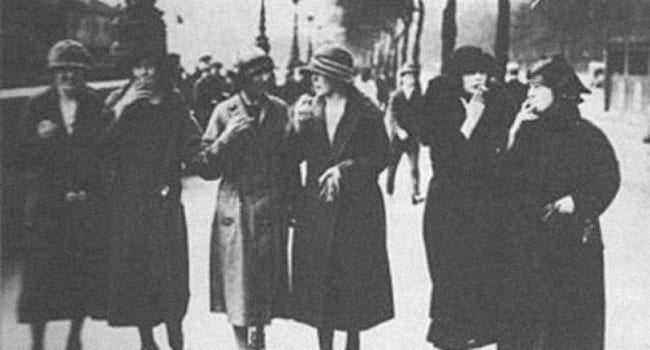 That women were targeted as consumers at all was due largely to Bernays’ influence. Up until he was contracted by Virginia Slims, it was unsociable or, even in some states, unlawful for women to smoke. But Bernays saw an opportunity in growing support for the suffragette movement. When a womens’ march was scheduled in New York, he encouraged a group of its participants to light up at the same moment, a moment when his hired newspaper photographers were in position with cameras ready.[5]

The result was what he had the papers describe as “torches of freedom.” And a great deal of hesitation on the part of potential female buyers, as well as any red tape which their state governments had established – forgive me – consequently went up in smoke.

Bernays doubled down on the considerable success of the torches of freedom meme by furthering campaigns which suggested that female smokers were skinnier and prettier than non-smokers, a concept which still snares young women today.

6 Hair Nets in the Work Force 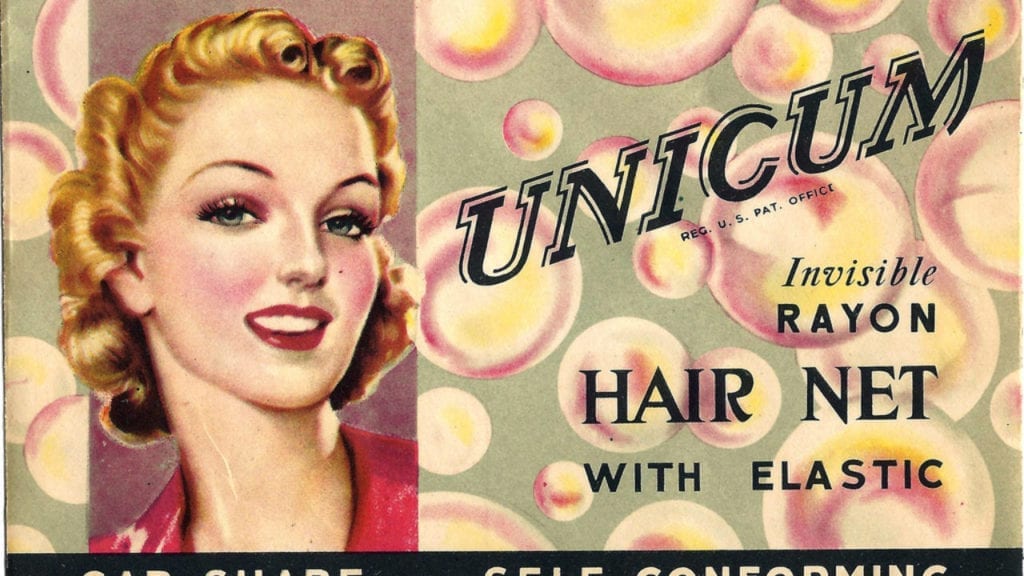 This one may not seem so exciting until you think about the sheer volume of influence it represents. Before Bernays was picked out to sling hair nets, they appeared precisely nowhere in public view. After Bernays, they were a requirement in numerous industries and environments. This is easily billions of factory workers, lunch ladies, and so on over the course of the last century (and continuing still) whose daily life has included a mandatory intimacy with hairnets. This may be an instance, for those who might be squeamish about stray hairs in their food, when we can genuinely and unironically be grateful for Bernays’ interference.[6]

5 Fluoride in the Water 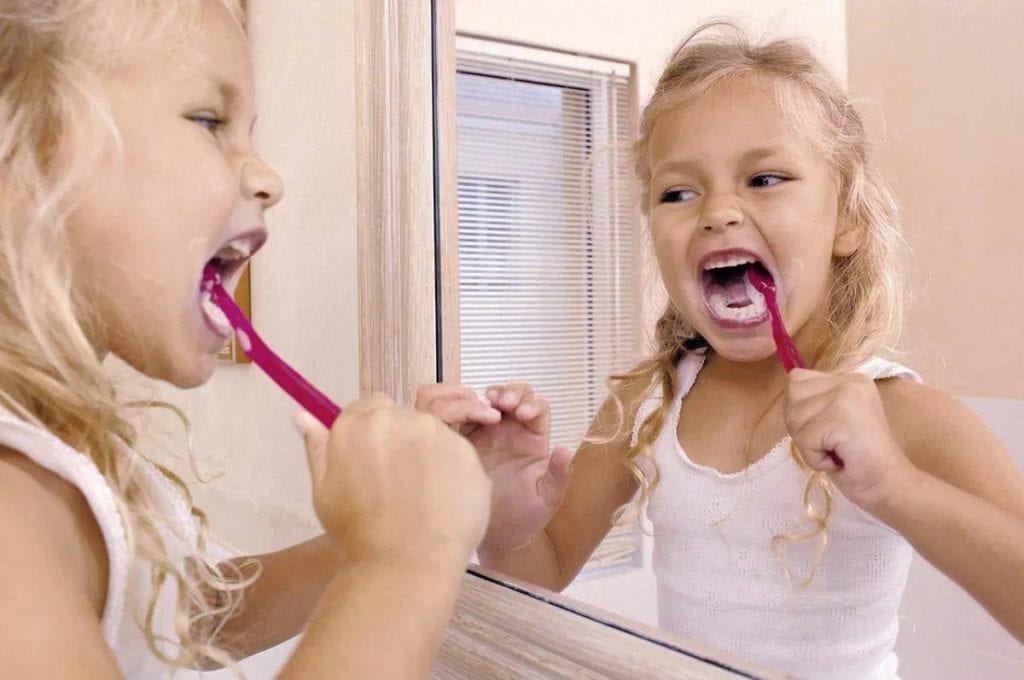 If there is still a debate about the merits of water fluoridation, it can die now. Edward Bernays was hired by Alcoa to present industrial-grade fluoride, a common byproduct (and regulated pollutant) produced by the manufacture of its big seller, aluminum, as a benefit to public health. Bernays himself is quoted as saying that he took the job because he was fascinated to see if he could convince an entire nation to vote against what it knew instinctively to be its own good health interests. Using methods like calling up every dictionary and encyclopedia he could find and having them add a then-non-existent entry on “fluoridation,” giving the whole concept a sense of authority, he, as per usual, succeeded with flying colors.[7] 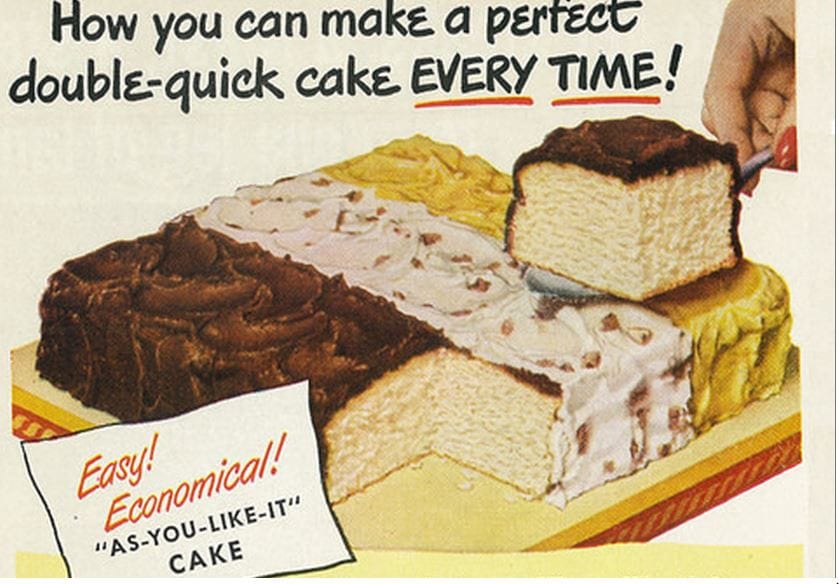 It was once a sign of lazy homemakery to use instant cake mix. No self-respecting parent or baker made cake out of the box. In fact, instant anything was still generally a shameful prospect. But, with Bernays on the case, it wouldn’t be much longer. He polled and researched and observed. Eventually, the man realized that potential consumers felt guilty if they made cake from a box, as if they were not giving enough to their families. So, he had manufacturers add one simple step to the process: an egg. Everything about the instant cake was provided except the egg, which one had to buy separately and beat into the mixture. This easy addition apparently fulfilled the desire for sacrifice and maternal giving, and the instant cake survived on the Darwinian stage of the free market. We can wonder all day how far this has gone to influence our present-day’s instant culture.[8] 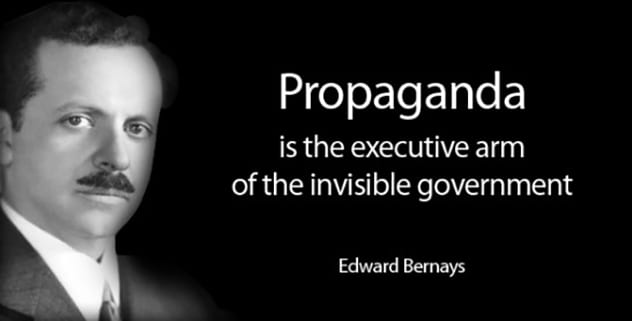 As mentioned in the introduction, Bernays literally wrote the book on an idea he termed “engineering consent.” He presented the argument that democracy could not be left in the hands of the unwashed masses, that the world’s wealthy and powerful must protect those lower on the class rung from themselves. The method of providing this protection was to manipulate their votes by the same kinds of campaigns which Bernays had perfected, all the while promoting the beauty of free election.

It is doubtful that he was first to present this idea, but, as his social group included the likes of John D. Rockefeller and Eleanor Roosevelt and, having been first to model a reliable method for turning theory to practice, he can easily be given the status of a main influence on a point of view which would make massive waves in the social and governmental trends of the 20th century and beyond.[9] 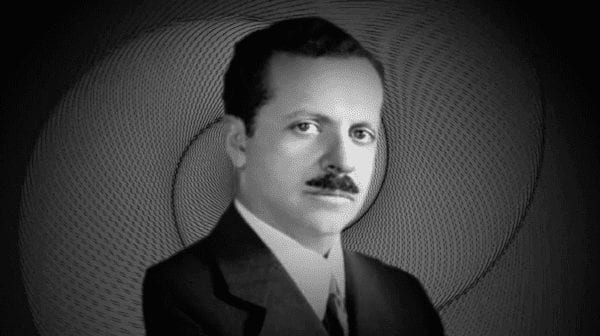 Bernays was an odd fellow. Either disloyal or critically bipolar, he supported a number of opposing causes with apparently equal enthusiasm, bouncing from liberalism to conservatism with a flexible sense of truth or with only money as a motivation.

So, while his ideas about the upper classes’ role in manipulating the rest of society seem anything but progressive, he also worked very hard to see that the masses received a sexual education. He fought censors and police of the time, built a fake committee to show support, and rallied some of the wealthiest and most famous people on the planet to allow a theatre play to run whose focus was to educate its audience on venereal diseases. If Bernays were alive today, such an M/O might be something like promoting climate change denial, then funding Planned Parenthood.[10] 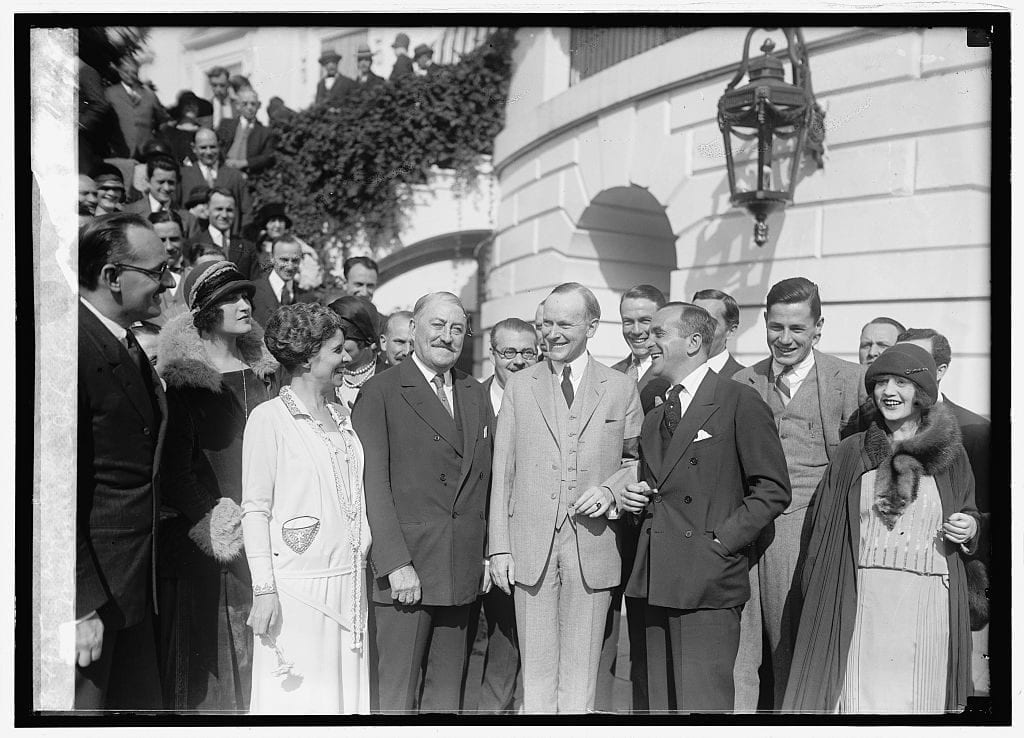 One of the first publicity campaigns for a U.S. president was created by Bernays. Calvin Coolidge, running in the 1924 election, was apparently perceived by many as uptight, so his PR advisor orchestrated celebrity visits and a Vaudeville performance on the White House lawn. If we look at the media circus that accompanies American elections today and wonder about the degree to which they seem like reality TV shows or even adult cartoons, this may have been the moment that made it all possible.

As you can see, Edward Bernays used a savant-like skill for manipulating large groups of people to make often huge and lasting changes in the way we all see the world. If we feel any anxiety about one man with so much evident power to change our minds, we can at least be thankful that he was not alive in the age of the internet, when nearly everyone on Earth carries with them a device which provides easy delivery of stimulus in the stimulus-response model of behavioral conditioning. In other words, with a phone in every pocket, Bernays might have really gone to town.[11]


We have more lists about marketing and PR. Take a look at 10 Hilariously Horrifying Foreign Marketing Fails, Top 10 Design Tricks Businesses Use To Make You Spend Money.

About The Author: I am usually writing on technology and media psychology, the way new and entertaining inventions change the way we see/act on the world