Since there now seems to be a conspiracy theory for even the most mundane of topics, it’s not surprising that the medical profession is currently swimming in them. In a field rife with accusations of corporate profiteering, poorly understood diseases, and so-called deadly vaccines, conspiracy theorists have found themselves a fertile home. 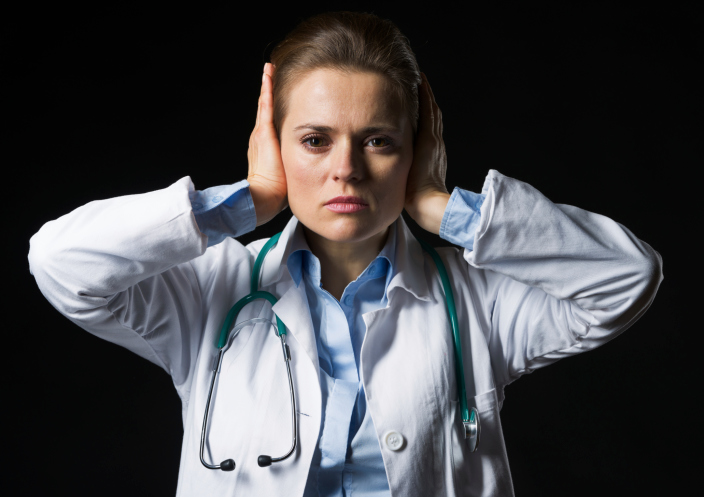 Closely connected to the crazy theory that HIV is man-made is the belief that the virus that causes Acquired Immunodeficiency Syndrome (AIDS) does not exist at all. According to this theory, AIDS is really caused by a combination of sexual behavior, recreational drug use, poor sanitation, and a number of unrelated diseases. The denial movement was pioneered by molecular biologist Peter Duesberg, who became the one of the earliest and most vocal proponents of HIV’s non-existence. Even when comprehensive research proved otherwise, Duesberg merely modified his claims to posit that HIV was a “harmless passenger virus” and that other diseases caused AIDS.

While it would be easy to write off the theory as the ramblings of a lunatic fringe group, the damage they’ve done has been extensive. In South Africa, thousands of AIDS sufferers have lost their lives thanks to President Thabo Mbeki making AIDS denialism an official government policy. Incidentally, Peter Duesberg was one of Mbeki’s advisers.

9Fluoridation Is Suppressing Our Third Eye 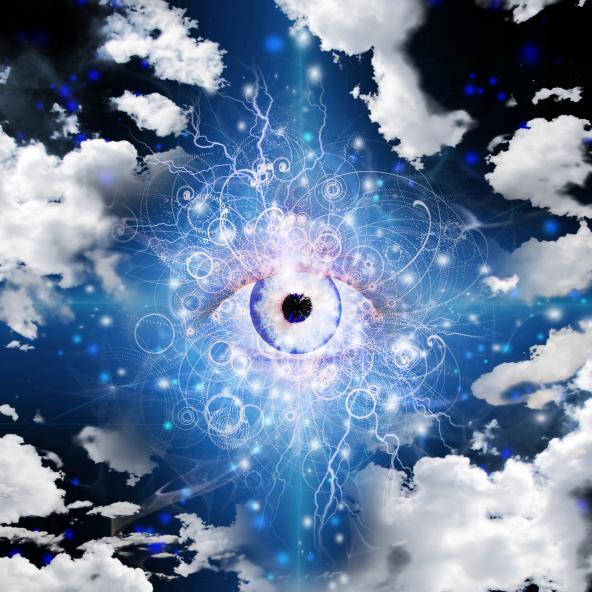 Aside from the countless conspiracy theories linking water fluoridation to mind-control experiments, some conspiracy theorists have blamed the substance for damaging our pineal gland and leaving us unable to open our Third Eye. As a result, fluoridation has left us unable to reach the next stage of human evolution. The theory’s proponents believe that the pineal gland plays a much more important role than just producing melatonin (the hormone responsible for regulating sleep). According to them, having full control of our Third Eye would allow us to fully access our psychic and spiritual powers.

But who could be behind such a nefarious scheme to stop us from evolving? Apparently, it boils down to the list of the usual suspects including the New World Order, the Illuminati, world governments, and the religious establishment, all of whom supposedly want people to remain in the dark about their true potential.

8The Obesity Epidemic Is A Myth 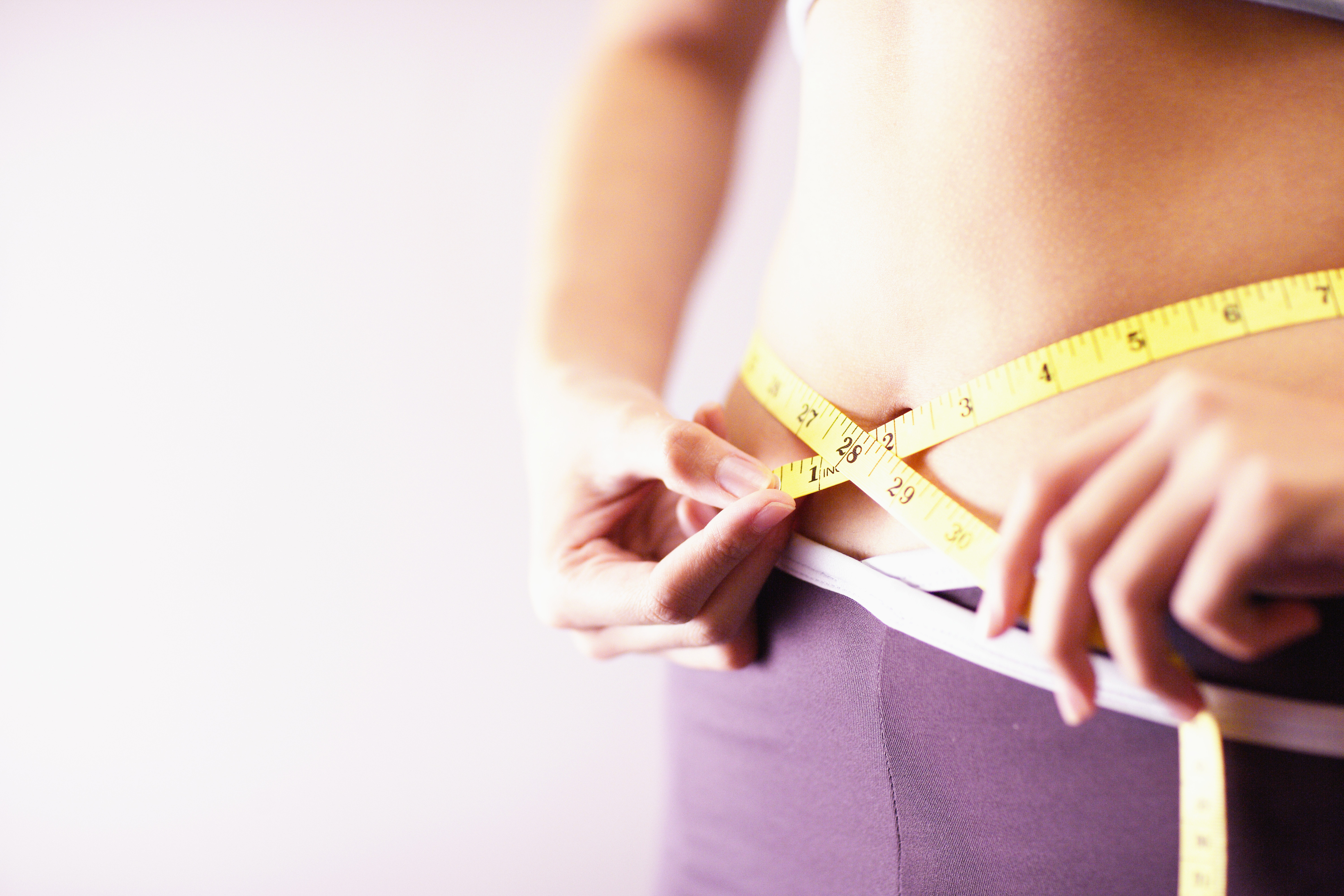 Although we know that obesity is one of the fastest-growing health problems in the world, some have claimed that the whole epidemic is nothing more than a myth. Despite research revealing that obese people now officially outnumber the world’s malnourished and hungry, conspiracy theorists have derided talk of an epidemic as an obvious ruse to sell more weight-loss drugs.

Collaborating with public health agencies and the media, pharmaceutical companies have supposedly tricked people into believing that diet pills are the only way for them to lose weight. Apparently, they’ve also managed to dupe governments into advocating anti-obesity and “fat shaming” so that people will be conditioned into buying their products. Interestingly, some of the most active voices fighting against anti-obesity measures include advocacy groups funded by the food industry.

7Chemtrails Are Behind Morgellons Disease 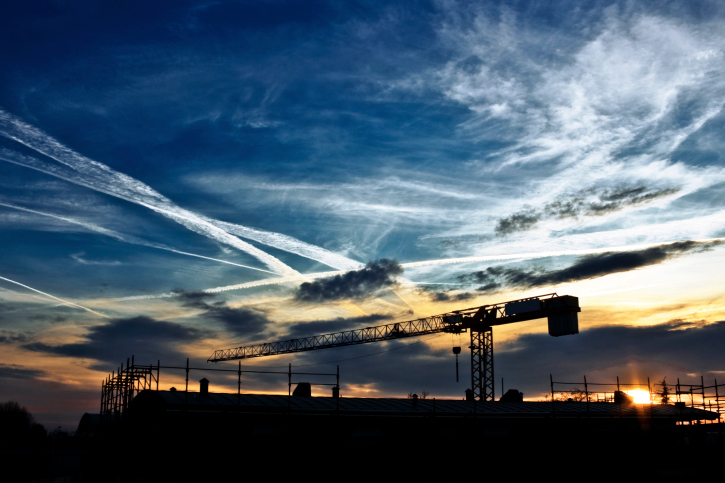 Some of the most popular conspiracy theories out there concern “chemtrails,” condensation trails left by planes which supposedly contain chemical or biological agents. Depending on the theory, contrails are either used to control the population or alter the weather. They’ve also been blamed for causing the controversial dermatological condition known as Morgellons disease.

The current scientific consensus is that Morgellons does not actually exist and that those who claim to have it are either delusional or suffering from some other known condition. However, conspiracy theorists have insisted that contrails are the true culprits behind the spread of the condition. Mysterious fibers found on supposed sufferers have subsequently been identified as harmless cotton from their clothing, but that hasn’t dampened the conspiracy theory. In fact, believers now claim that contrails contain nanotechnology which burrows into the human body, thereby causing the condition.

6The Truth About Cell Phones Causing Cancer Is Being Suppressed 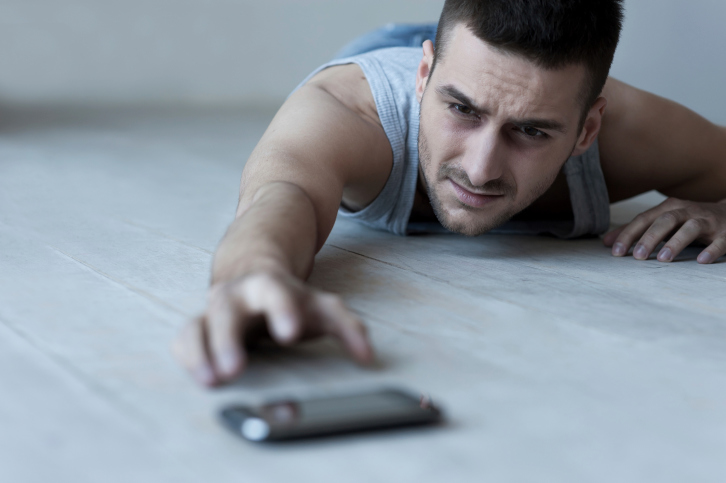 Are cell phone companies doing what the tobacco industry once did? Yes, according to conspiracy theorists who believe that phone makers are deliberately hiding the fact that their products cause cancer. Government watchdogs know about the phones’ cancer-causing effects but have been paid to keep quiet.

Panic over cell phones started in the 1990s, when David Reynard appeared on Larry King’s show and accused the industry of having caused his wife’s brain tumor. And thanks to such conspiracy buffs like Alex Jones and alternative health advocate Joseph Mercola, the theory remains popular today.

In fairness, even legitimate scientists and researchers still occasionally differ on whether cell phones can cause certain types of cancer. However, it’s generally agreed that radiofrequency levels found in cell phones are probably not enough to cause tumors in humans.

5Aliens Tampered With Our DNA 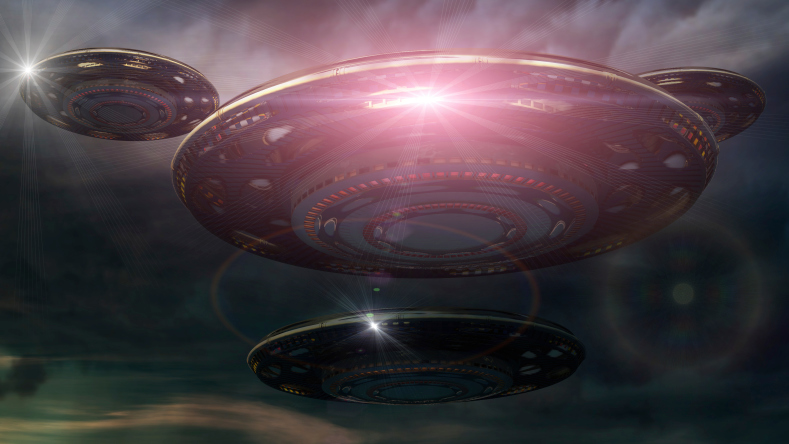 There’s no shortage of crazy alien conspiracy theory out there. A particularly intriguing one hinges on the presence of “junk” DNA of unknown function in our bodies. The theory holds that aliens might have tinkered with our ancestors’ DNA long ago—or they might even have created them to begin with.

As to why—it could be that the aliens deliberately left a message encoded in our genes. Proponents of the theory believe that we will be able to reestablish contact with the aliens once the genetic code is fully deciphered. The code also serves as a kind of trademark to show that we are the creation of extraterrestrial life forms. A more disturbing variation of the theory speculates that malevolent aliens deliberately introduced conditions such as cancer into our ancestors’ genes because they didn’t want humans to live long enough to reach their full evolutionary potential.

4Circumcision Is A Jewish Plot 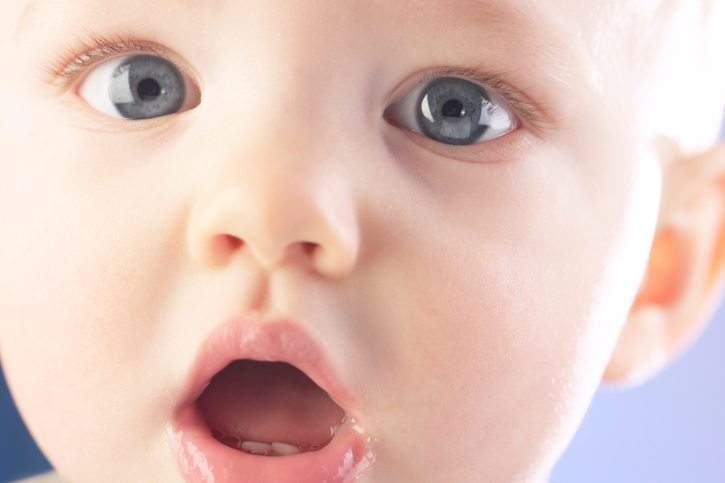 As we’ve mentioned before, the Jewish people have unfortunately been the subject of conspiracy theories for hundreds of years. Aside from the usual plots to control the economy or take over the world, they have also been accused of conspiring to promote circumcision among non-Jewish peoples in order to secretly convert them.

The theory exists in Western countries, where the mere mention of circumcision is enough to trigger an endless debate on child abuse and genital mutilation. However, the belief is also popular in the Middle East, where conspiracy theorists hold that Muslims unknowingly endorse the Jewish occupation of Palestine whenever they conduct the ritual on their own boys. Additionally, they also accuse Jews of spreading the tradition around the world while falsely blaming the Arabs for the spread of female genital mutilation. 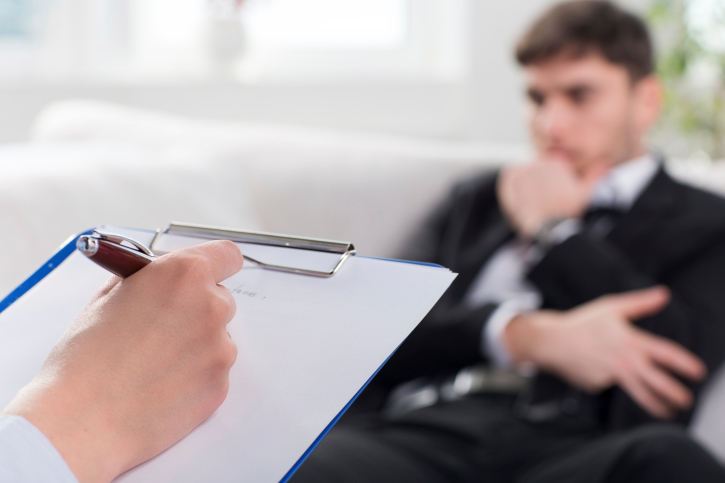 We all know what a bizarre belief system Scientology can be—and how its members will go to disturbing lengths to protect it. We also know that the Church abhors psychiatry and teaches its members to avoid professional help and the use of psychiatric drugs. Going by that line of thinking, Scientologists have also accused psychiatrists of all kinds of nutty conspiracy theories, ranging from conspiring with the evil Xenu to secretly ruling the world. One of Scientology’s non-profit groups, the Citizens Commission on Human Rights International, regularly publishes anti-psychiatric articles—which includes blaming the profession for the increasing incidence of terrorist attacks.

While it would be easy to deride them as nothing more than a bunch of crazy cultists, the Church’s anti-psychiatric stance has already had tragic results for people who refused to take the psychiatric medication they needed.

2Pharmaceutical Companies Are Hiding A Cure For Cancer

This archetypal “Big Pharma” conspiracy theory claims that pharmaceutical companies are suppressing the cure for cancer in order to make more money. Generally, its proponents can be divided into two groups: those just fearfully paranoid of the medical establishment, and fanatical believers in alternative medicine. The former believe that pharmaceutical companies actually have the cure but are hiding it from the rest of the world.

Meanwhile, advocates for alternative medicine say that their inexpensive natural cures are being suppressed by the establishment. According to them, pharmaceutical companies would stand to lose billions of dollars if word of these cures ever got out. Accordingly, they pay off the media and governments to promote “standard” treatments such as chemotherapy and to discredit anything that involves alternative medicine. While Big Pharma knows just how effective these natural cures are, they are in the business of treating (not curing) cancer for profit.

1Everything About Obamacare Is A Conspiracy 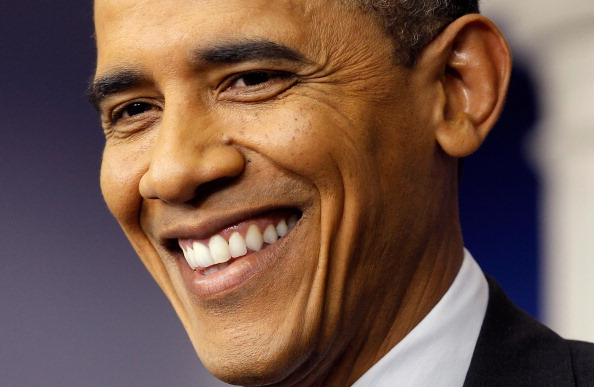 It’s hard to find a more controversial subject than President Obama’s healthcare reforms, more colloquially known as “Obamacare.” Ever since it was first proposed, Obamacare has attracted a legion of conspiracy theories, ranging from the plausible to the downright ridiculous. Some common accusations include the secret implanting of RFID chips into every American and the formation of “death panels,” which would decide who is worthy of receiving treatment.

Even after it became law, Obamacare has continued to attract suspicion from conspiracy theorists across the country. Hardcore gun enthusiasts, for example, accuse Obamacare of being a stepping stone to additional restrictions on gun ownership. A grand conspiracy theory holds that Obamacare is actually a front for the New World Order, who will be able to force people to follow them once they have firm control of everyone’s healthcare.