4chan was once a discussion board site that celebrated anime, but because users could post and upload content anonymously, it soon morphed into a counter-culture hub for edgy political groups, controversial subcultures, organized pranks, hackers, and even pornography. It’s a place where some users feel free to post whatever they want with little repercussions—you know, like the golden olden days of Internet free speech (the ’90s and early ’00s).

But while 4chan users have proven to be capable of some pretty dark stuff, some go to incredible lengths for causes they believe in. At times, parts of the 4chan community have banded together to perform amazing feats. 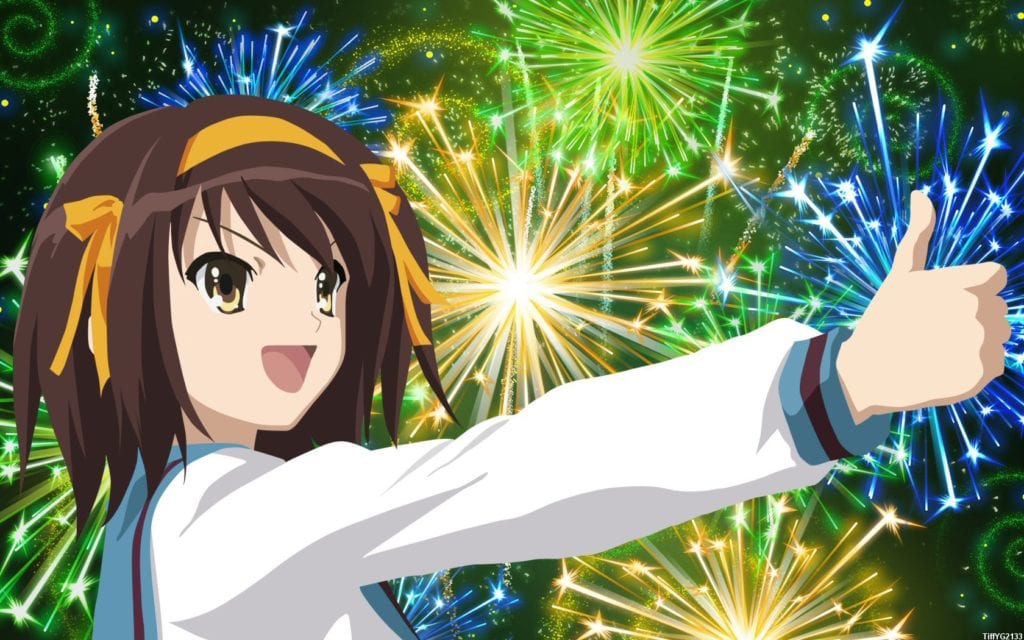 4chan began as a place for anime fans to geek out, and parts of it still remain dedicated to anime fandom. A popular anime called the Melancholy of Suzumiya Haruhi posed a problem that fans puzzled over. The series featured time travel, and the episodes were not in chronological order. Some fans wondered what would be the best order to watch them in, but others took it a step further and wondered how many variations of episode orders it would take to watch the series in every possible variation.

It wasn’t written up to the standards of the mathematical community, and the 4chan proof stayed mostly under the radar for years until science fiction writer Greg Egan proposed a different proof for superpermutations. Interest in the 4chan proof was revived, and it was eventually independently verified by two mathematicians. Recognized at last, the 4chan proof was hailed as a great accomplishment in the fields of pure mathematics.[2]

A Youtube user known as “Timmy” uploaded a video of two disguised teenagers taking a cat into a bathroom and torturing it. The video made its way to 4chan, which apparently has a soft spot for justice . . . and cats. Enough users were angered that the community began dissecting the video for any clues as to “Timmy’s” identity.

The found a link to another account on another site connected to an Oklahoma zip code. Guessing that this other Youtube account was connected to “Timmy’s” actual name, they connected more dots to find the Facebook account of a teenager: Kenny Glen. Soon, they had contact info for him, his parents, and the local sheriff. Two days later, Glenn was arrested. The cat, which was still alive, was taken to a veterinarian.[3]

This isn’t the only time 4chan exposed cat abusers, either. When a British man found his cat in his trashcan, he checked his CCTV camera’s footage to find that a woman had chucked it into the bin. He posted the footage on Youtube, where it was soon found by 4chan, which launched a campaign to find and doxx the woman. When they discovered the abuser was one Mary Bale, 4chan did not stop with doxxing her, but caused such an uproar that she was forced into hiding after receiving death threats.[4] 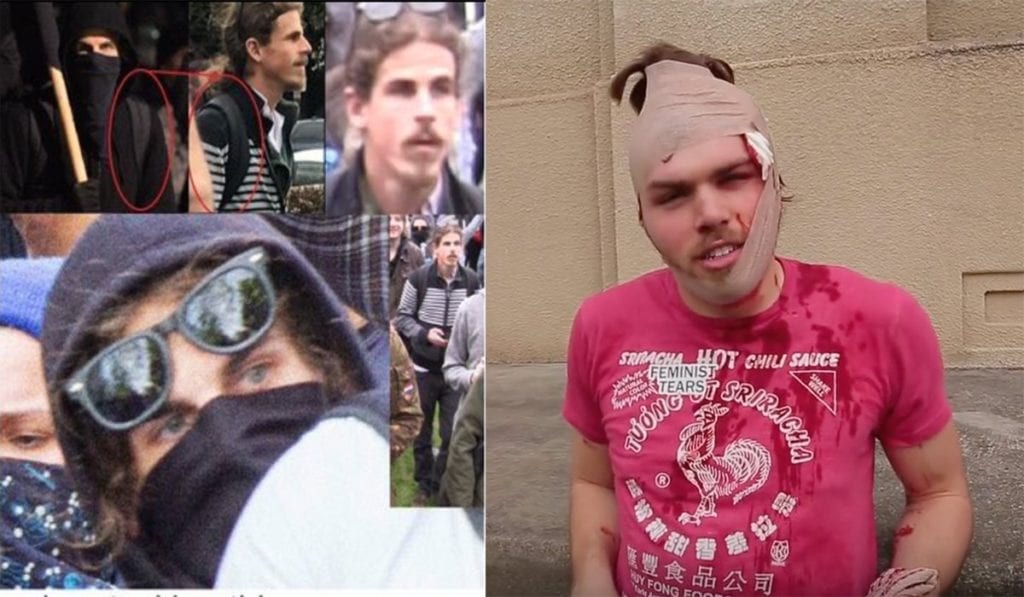 Emotions run high at political rallies. Throw in a protest, and you have a recipe for people getting out of control. That’s exactly what happened at a rally for President Trump in Berkeley, California in 2017. Things got so heated that one member of the extremist group ANTIFA (and Berkeley college professor) was filmed beating several rally-goers with a U shaped bicycle lock.[5]

Some of its users on the /pol/ message board, which dedicates itself to political incorrectness, were eager to bring the bike locker basher to justice. After scouring the video for clues to his identity and linking them to social media accounts, they began a doxxing campaign for college professor Eric Clanton.[6] They tipped off police, who later arrested him on charges including suspicion of assault with a weapon that was not a firearm and assault causing great bodily injury. He eventually pleaded no contest to misdemeanor assault and was sentenced to three years of probation.

Sometimes the best way to fight the bad guys is to make them look like idiots. 4chan went to war with ISIS, or at least the terrorists group’s online presence. They took ISIS propaganda pictures and photoshopped toy duck heads on all their fighters. Given that ISIS has a large propaganda arm on the internet, the “create the duck state” was a way to deweaponize their actions.

The duck-headed ISIS fighters were quickly picked up by reddit, another online forum, and spread to Twitter and other social media sites. How effective the duck state was in thwarting the business of ISIS is up for debate, but it certainly made them look foolish to a good portion of the internet. (And probably ruffled a few feathers of the terrorists behind the propaganda that was being spread across the internet.)[7] 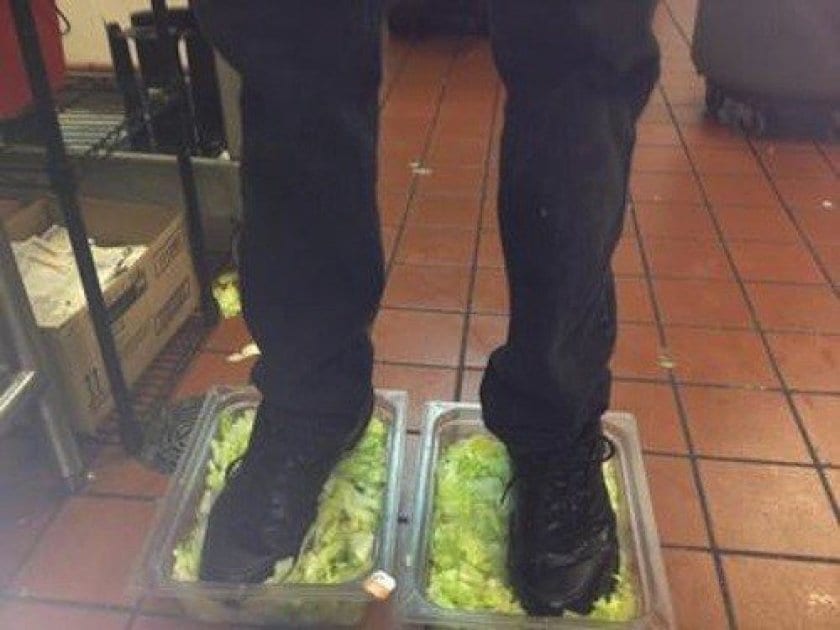 One Burger King employee thought it would be a great idea to play a malicious prank on his customers by standing in two lettuce containers with his shoes on, right on top of the lettuce. Then, he had the even better idea of posting it on 4chan. The site is well known for less-than-wholesome pranks, but in this instance, the community took offence at some guy possibly getting a lot of innocent fast food customers sick.

“Lettuce Guy” had not stripped the GPS data from the picture he’d posted, which made it easy to locate him. Within 15 minutes, they’d found the exact location of the Burger King franchise where the incident happened. While 4chan could not identify the person from his shoes, calls and emails to the branch and media resulted in a quick vanquishing of the Lettuce Guy’s job. He was fired along with three other employees. The lettuce was tossed out, and dozens of Burger King customers were potentially saved from a nasty case of diarrhea.[8] 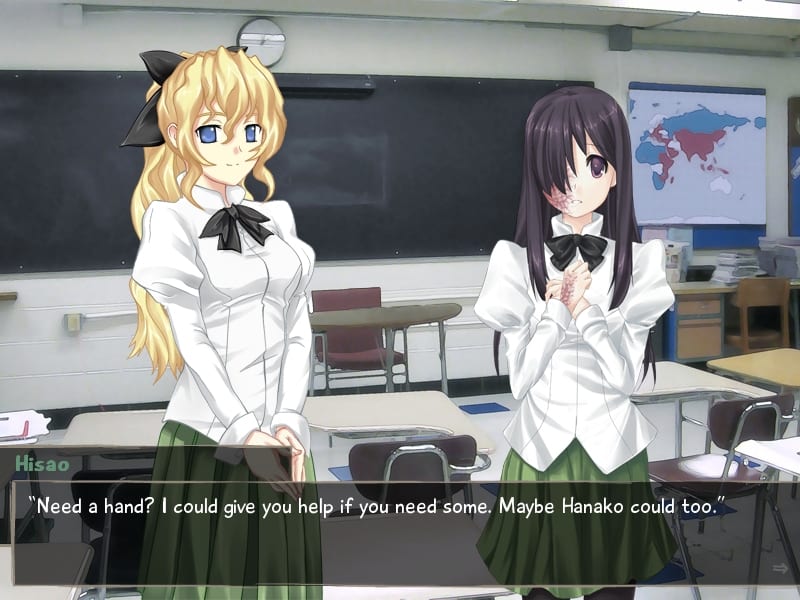 While the female characters do have disabilities, they have long come to terms with them before meeting the player in the story. They are living their lives quite well without him. In some cases, so well that the main character’s presence can become a burden. They are treated not as “disabled people,” but as people—ones who happen to have a disability. By most accounts, and despite its questionable medium, Katawara Shoujo was a very good take on people with disabilities.[9]

4Chan Appears To Have ID’d The Portland BLM Shooter Who Killed A Trump Supporter, Let COPS Handle It

The Trump 2020 Cruise Rally formed a caravan that entered downtown Portland Oregon at the same time as the nightly Black Lives Matter protests. The two groups clashed, and the violence resulted in the point blank cold blooded shooting of Aaron J. Danielson, who had entered with the Trump rally, by an unknown assailant.[10]

When 4chan heard about a Trump supporter being shot to death, it got to sleuthing who had killed him. Hours after the internet hunt began, the community produced evidence that ANTIFA member Michael Reinoehl was the murderer, and sent their evidence to police. Reinoehl also confessed to the crime after giving an interview associated with Vice.

Shortly after the interim Reinoehl was confronted by law enforcement and shot multiple times. Police say that he was killed after firing a handgun. A witness, though, gives a different version of events, saying that police did not give any commands or warnings before opening fire.[11]

Habbo (formerly Habbo Hotel) is a game where characters engage in an online community centered around virtual “hotels.” At one point, reports were circulating that the moderators were arbitrarily banning dark-skinned avatars from the pool area.[12] Responding to the alleged racist actions of the mods was 4chan.

They organized what became known as the “Pool’s Closed” raid. 4chan users entered the game and created a black-skinned avatar wearing a suit and an afro. The raiders surrounded the pool area, preventing it from being accessed, and spammed phrases that would get past the game’s filters such as “Pool’s Closed due to fail and AIDS,” which resulted in the “Pool’s Closed” meme being born. For the next few years on the anniversary of the first raid, some users would return to recreate the avatar and cause mischief.

2 Heist of the Century

Capture the Flag | He Will Not Divide Us

Actor Shia Lebouf, in one feat of internet activism, created a livefeed camera in New York intended to be played throughout the Trump presidency. People could look into it and chant “He Will Not Divide Us.” But soon trolls began figuring out the identity of protesters and harassing them, Lebouf was arrested, and the livestream was shut down after the museum hosting it had enough of the disturbances. Lebouf moved the project to yet another museum, where it was likewise shut down after gunshots were reported in the area.

So Lebouf created another livestream, this one of a HWNDU flag waving in the air. The stream only allowed viewers to see the flag and the sky, so there was little anyone could do to interrupt the stream this time. But 4chan proved that “little” does not mean “nothing.”[13]

Users of 4chan studied the flight trails in the daytime sky behind the flag and compared them to flight plans. At night, they studied star patterns. They crossed that with a tweet Lebouf sent from Tennessee, and narrowed the flag’s location down to an area small enough to search with a man on the ground.

A local user drove around the area honking his car horn while others listened to the livestream for the sound of the horn. In the dead of night, the flag’s location was discovered. The local user went to the field, took down the flag, and raised a Trump hat in its place. As for the fate of Lebouf’s flag, it currently hangs in the dude’s basement.[14]

1 4chan Calls in an Airstrike

THAT TIME /POL/ CALLED AN AIR-STRIKE ON ISIS

This one will probably never be verified due to its connection with military intelligence, nor would the Russian military ever admit that it used 4chan as a source of information. (If it did indeed use them at all.) The finer details likewise shift depending on who’s telling the tale, but the pieces fit together well enough for it to have more credence than the average internet urban legend.

A Twitter user calling himself Ivan Siderenko posted a video from Syrian rebels asking if anyone could help him find the location where the video was shot. Certain 4chan users answered the call. A subgroup of the notorious /pol/ calling itself /sg/ (for Syria General) began using the background of the rebel’s video to narrow down the location of the training base. By using other videos of the same location, they managed to locate several of its landmarks on Google Maps.[15]

4chan’s information was passed to Ivan Siderenko, who posted it to the Russian Ministry of Defense’s Twitter account. There is no evidence that the Ministry of Defense paid any attention to Siderenko’s tweet, but, whether by coincidence or design, airstrikes were carried out in the vicinity soon after.[16]

About The Author: Mike writes lists in his ever-dwindling free time.