Practically everything about the Islamic State in Iraq and al-sham (aka ISIS) is distressing, but there are certain things you just don’t want to hear about a terrorist organization. It is the hope of every rational man that such evil groups are limited in scope of operation and capabilities; it would be highly depressing to find out that the converse is the case. There are certain facts about ISIS that will make you sick. These distressing truths lay emphasis on the destructive potential of the terrorist organization and the consequential effects it could have on innocent people in the Middle East and all over the world. These are the top ten distressing facts about ISIS.

10 ISIS Is The Wealthiest Terrorist Organization In The World 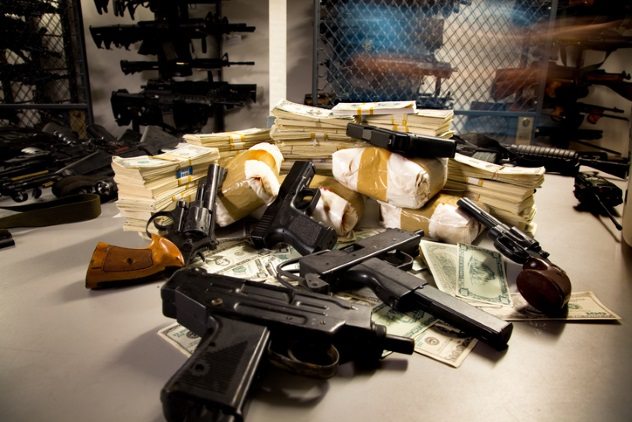 ISIS is the richest terrorist organization in the world. It makes its money from oil smuggling, extortion, theft, and human trafficking.[1] ISIS also imposes taxes on people within the regions it controls and makes money from the control and sale of agricultural products within its territories. This twisted terrorist group also involves itself in bank robbery whenever the opportunity presents itself.

The disheartening implication of ISIS’s financial status is that it is in a position to fund and increase its dangerous activities. Without money, a terrorist organization’s scope of operation would be limited, but with a constant supply of funds, it can continue to survive no matter the opposition it faces. As a terrorist group that is renowned for its brutal killings and innovative methods of torture and murder, ISIS’s huge financial capability only spells disaster for innocent people in the Middle East and all over the world.

9 ISIS Consistently Attracts Fighters And Sympathizers From The Western World 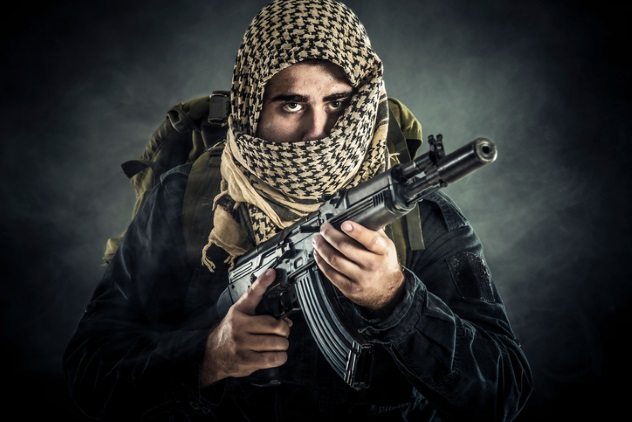 One of the disheartening and distressing facts about ISIS is its capacity to attract fighters and sympathizers from the Western world. It is estimated that about 4,000 people have left the West to join ISIS.[2] Men become fighters, and women become wives. ISIS operates a sophisticated propaganda machine that has leveraged social media to attract young people from all over the world, including Western nations. They produce slick videos, which are made readily available on the Internet, and they also distribute print magazines.

The activities of the terrorist organization on the Internet have played a crucial role in its success in luring Westerners to join its ranks. Why is this a distressing fact? Westerners are the most educated and skilled people in the world. When ISIS channels that education and skill into its war and disaster machine, more innocent people will suffer and die.

8 Rape Is A Reward For Diligent ISIS Fighters 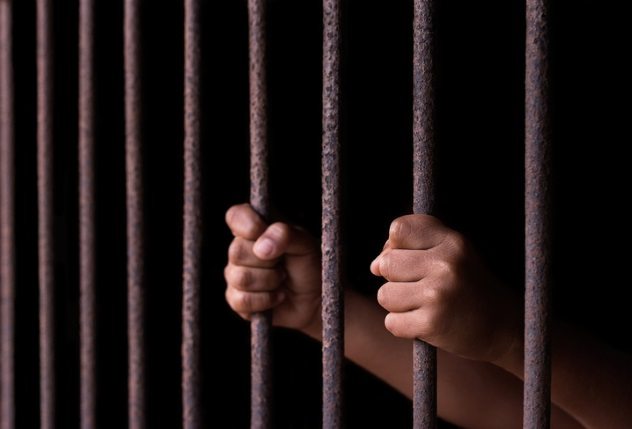 ISIS is so twisted and callous that it considers rape a reward for its most loyal and diligent fighters. What is most disgusting about this is that majority of the rape victims are underage girls.[3] ISIS sold captured Yazidi women as sex slaves or gave them as gifts to fighters who were victorious on the battlefield.

What is very disheartening about this situation is that there are two negative phenomena working together to enhance each other. A scenario whereby rape is being used to reward loyal and diligent terrorists paints a picture of total disaster.

7 Other Terrorist Organizations Consider ISIS To Be Too Violent 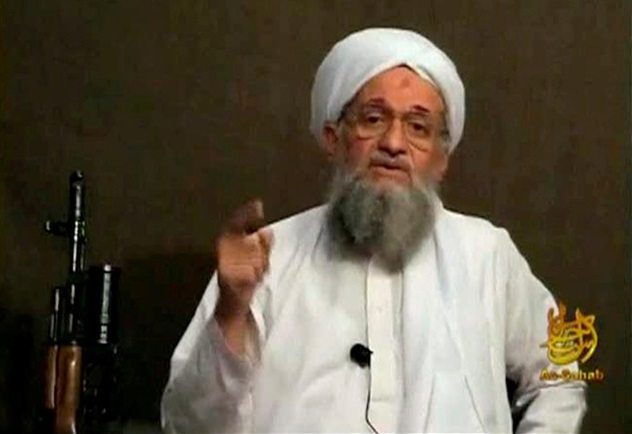 ISIS is so violent that other terrorist organizations consider them to be bad business.[4] One of Osama bin Laden’s senior associates so despised the group that he warned that Al-Qaeda should sever all links with it. The reason he cited was that ISIS was capable of extreme barbarism and had no regard for human life.

6 ISIS Has Its Own Silicon Valley 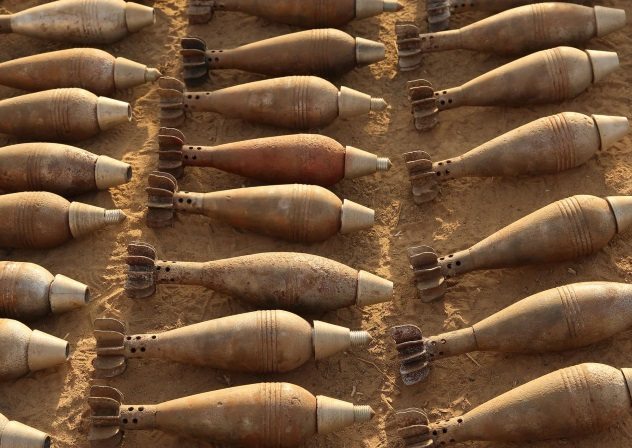 Another reason why ISIS is to be feared and dreaded is that it is capable of manufacturing high-quality weapons. ISIS has its own plants where it manufactures rockets, bombs, and mortar rounds.[5] In Mosul, Iraq, several ISIS factories were discovered in which weapons were being manufactured on an industrial scale. Inspectors from the United Kingdom operating with the Iraqi Army also found several factories, workshops, and warehouses where ISIS was manufacturing and storing weapons.

To make matters worse, ISIS set up the Central Organization for Standardization and Quality Control, an agency which issues specific guidelines on ISIS weapon production and controls manufacturing quality. This ISIS agency implements and enforces weapon-manufacturing standards comparable to that of national armies. Why is this fact so distressing? If ISIS has and retains a capacity to manufacture weapons on its own, considering their track record of wickedness and inhumanity, there is a chance that the evil deeds that they have done in the past may just be the tip of the iceberg.

5 Beheading Is Its Main Propaganda Strategy 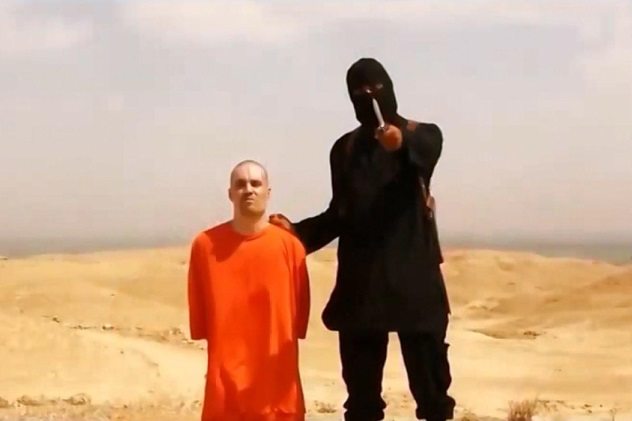 It is a disgusting fact that ISIS considers the beheading of humans an effective marketing and propaganda strategy.[6] It is a key element of their terrorism campaign. With the beheading of James Foley, Steven Sotloff, and David Haines, and many more, the terrorist organization has shown no compassion. ISIS relishes the horror that would be felt by viewers of their videos in the Western world and the fear that they would create in the local populations of their occupied territories.

To make matters worse, ISIS frequently indoctrinates young children and compels them to carry out executions. Why does this horror unsettle us? ISIS sees beheading as a propaganda strategy at the height of its reign of terror. What would happen if ISIS is forced to develop a new propaganda strategy when it is retreating and suffering defeat? 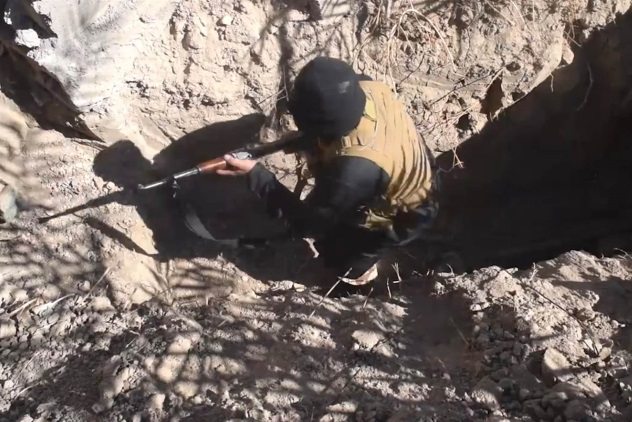 ISIS possesses one of the largest underground tunnel networks for combat purposes in the world. This deadly fighting tactic was adopted from the Vietnam War. The complex network of tunnels increases ISIS’s operational capacity and ensures that its fighters can easily escape, thereby making their defeat difficult.[7] The network used by ISIS is so efficient that each street in Mosul, Iraq, has a secret entrance, and some of them have entrances and exits in residential homes. Some of these tunnels have been reinforced with metal frames in order to prevent them from caving in. Some have even been rigged with battery-powered lights.

These tunnels allow ISIS leaders and fighters escape once it becomes too dangerous to fight. The importance of this is that ISIS fighters can live to fight another day. Moreover, the tunnels enable them to ambush Iraqi troops with ease, making the fight to free occupied territories more difficult.

3 ISIS Has A Huge Inventory Of American-Made Weapons 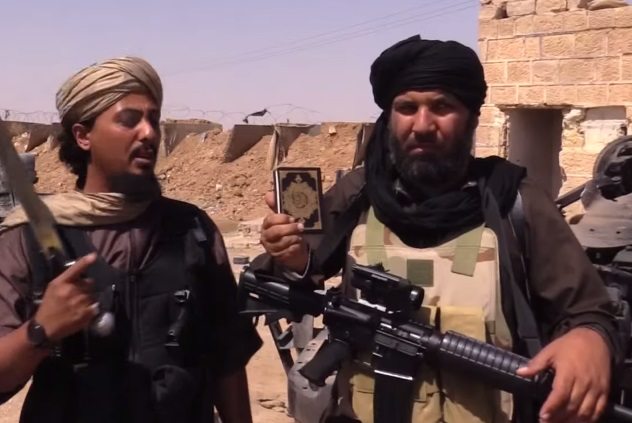 There are several ways ISIS surprises us. One of them is that of all other terrorist organizations in existence, it has the largest inventory of US-made weapons.[8] There are two reasons for this: The United States supplies arms and weapons to Iraqi military forces, many of which have been captured by ISIS on the battlefield. The CIA-led operation to arm rebel groups fighting the Assad regime in Syria has also made it easy for ISIS to capture American weapons. To make matters worse, an Amnesty International Arms Control and Human Rights report states that a huge inventory of American-made small arms, machine guns, mortar rounds, assault rifles, and heavy weapons which were meant for the Iraqi Army and Kurdish Security Forces have ended up in the possession of ISIS.

The negative implication of this is that ISIS cannot be viewed as a ragtag terrorist organization. It is in possession of the most carefully manufactured, efficient, and reliable weapons in the world. What ISIS would do with these weapons is better imagined than experienced. 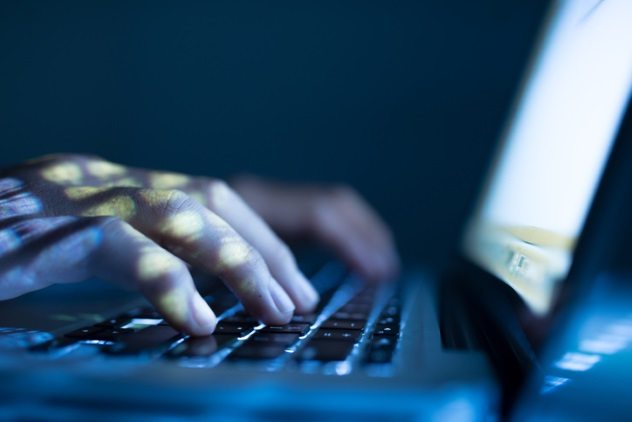 Another fact about ISIS that differentiates it from traditional terrorist groups is its hacking capabilities. When supporters of ISIS hacked the Twitter and YouTube accounts of the United States military Central Command, it made headlines.[9] Although this particular attack was an embarrassment without destructive consequences, it highlights the capacity of the terrorist organization to organize and carry out dangerous cyber attacks in the near future. Moreover, the fact that ISIS had temporary control of the social media accounts of US Central Command shows how far the terrorist organization has grown and what we should expect from them.

The importance of this successful cyber attack is severe, depending on how one views the threat. ISIS is known to attack both military personnel and civilians alike. If a highly protected social media account of the United States Armed Forces can fall prey to their sophisticated cyber war machine, then great cyber tragedy may await the innocent civilian, who has no such protection. This is one of the reasons why we should dread the terrorist organization.

1 ISIS Has No Postwar Plans 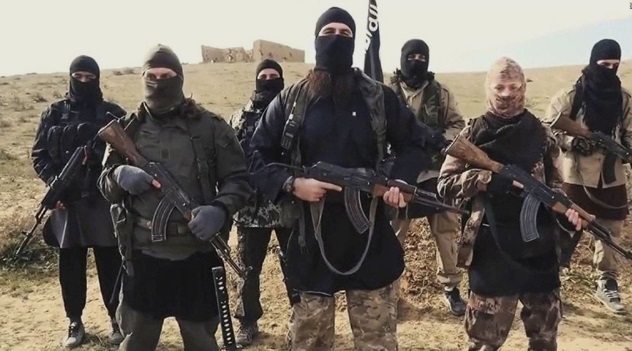 The most distressing fact about ISIS is that they don’t appear to have any postwar arrangements. All ISIS propaganda publications only pass the message of terror and consistent fighting.[10] ISIS aims to create an Islamic caliphate across Iraq and Syria and beyond. From splitting away from Al-Qaeda to establishing a foothold in Iraq, there has been nothing specific about its operations that has suggested it intends to stop fighting at a particular time. ISIS’s mission is to wage war without end.

This is the most distressing fact about the terrorist group. ISIS is only concerned with manufacturing weapons and creating war tunnels. They have no plans whatsoever to build trains, commercial aircraft, cars, laptops, or any other technology that can help mankind. Although ISIS doesn’t build cars, it ironically knows how to convert a car into a mobile bomb. ISIS has no short, medium, or long-term plans to build schools, hospitals, roads, drainage, or dams, but the group is very efficient in converting schools to prisons. Their sole intention is to keep fighting until everything is destroyed. The scariest fact about ISIS is that it is not truly interested in creating an Islamic state like Iran, Qatar, or Saudi Arabia; ISIS is interested in creating a state of destruction.

Jeffrey Morris is a freelance writer with a passion for history, politics, and finance.

For more terrible truths about ISIS, read 10 Cultural Atrocities Committed By ISIS and 10 Reasons War With ISIS May Be Inevitable.