I am the son of a Marine and was born in Quantico, where a Marine Corps Base known as the Crossroads of the Marine Corps is located. We subsequently lived in Camp Lejeune for some time as well. I currently teach history for various colleges and universities and have, over the past few years, had many students who served in the Marines and other branches of the American (and some in non-American) military in Iraq (both in the 1991 and 2003 conflicts) and Afghanistan. This list is in tribute of my students who have risked their lives for our country and for freedom. This list features ten great Marines, notable for bravery in combat and/or humanitarian efforts outside of, although sometimes related to, their military service. Trying to rank them in some kind of order was difficult and so I expect some will contest and debate the order chosen below (unlike my three Mysterious Islands lists, which are in chronological order, this time I tried for a different approach). 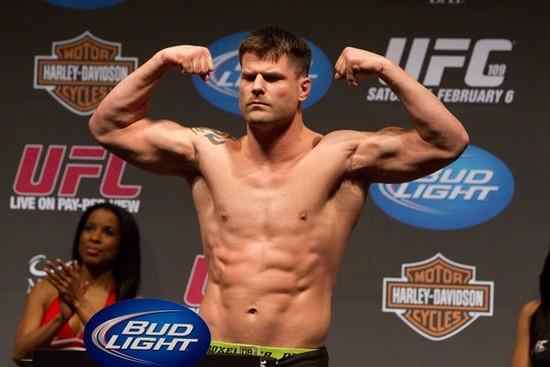 Captain Stann was awarded the Silver Star for coordinating air and tank support that eventually allowed his ambushed platoon to be relieved, in May 2005, in Iraq. He was subsequently featured in an episode of a History Channel show called Shootout! for this incident. He later went on to become the World Extreme Cagefighting Light Heavyweight champion, in 2008, and currently fights for the Ultimate Fighting Championship, for which he won Fight of the Night honors, in 2010. He is next rumored to fight former Pride Middleweight Champion Wanderlei Silva. Stann is married with two daughters. Stann demonstrates the heroism and toughness of the twenty-first century Marine, but he, of course, had many great predecessors to find inspiration from… 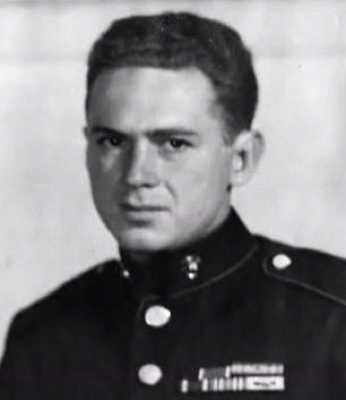 Private Leckie is a decorated Marine who fought during major World War II battles at Guadalcanal, Cape Gloucester and Peleliu, where he was wounded. His bestselling book, Helmet for My Pillow (1957), represents one half of the basis for 2010’s The Pacific. He has written numerous other books reflecting his interest in American military history. 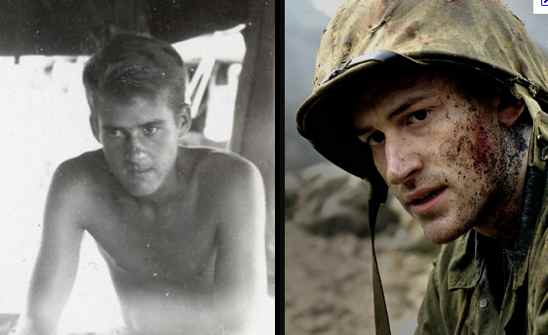 Corporal Sledge, a fellow teacher, served in the Marines at Peleliu and Okinawa, during World War II. He wrote two excellent books about his experiences before (With the Old Breed) and after (China Marine) the war. The former was one of two major memoirs to serve as the background for HBO’s The Pacific. 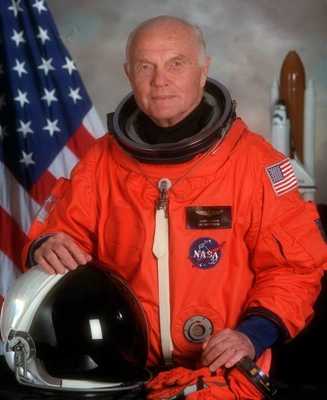 Colonel Glenn, a veteran of World War II and the Korean War (baseball star Ted Williams was Glenn’s wingman during this later conflict), served as a United States Marine Corps fighter pilot, before becoming the first American to orbit the Earth in 1962, and winning election as a senator from Ohio (in office from 1974 to 1999). In 1998, he became the oldest person to ever go into space. This honorable man has remained married to Annie Glenn since 1943. 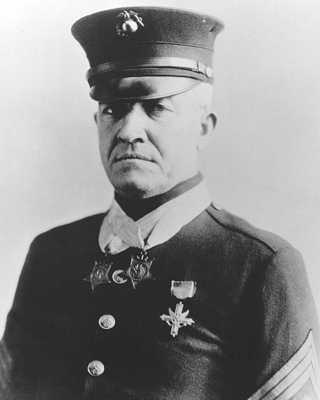 Sergeant Major Daly, a veteran of the Boxer Rebellion and World War I, received two Medals of Honor for separate acts of heroism, in 1901 and 1915, respectively. A destroyer was named for him and he was also recognized as one of four distinguished Marines on a set of postage stamps. His “Do you want to live forever?” quotation has entered popular culture. According to another Marine on this list (Major General John A. Lejeune), Daly is “the outstanding Marine of all time.” 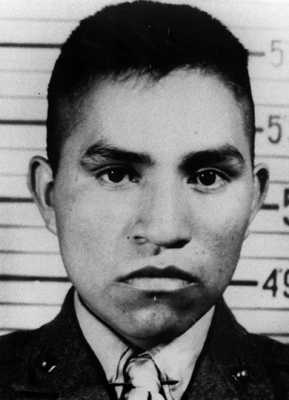 Corporal Hayes is most famous as one of the flag raisers on Iwo Jima. He was decorated for his service and, after the war, hitchhiked 1,300 miles from the Gila River Indian Community to Edward Frederick Block, Sr.’s farm in Weslaco, Texas, in order to reveal to Harlon Block’s family that Block, one of the flag raisers who was killed in action days after, was mistaken for another man, Hank Hansen. Hayes has been depicted in such notable films as Flags Of Our Fathers (2006) and sung about by Johnny Cash in “The Ballad of Ira Hayes”, which is currently available for download in Rock Band 3. He is memorialized, along with his fellow flag raisers, in the Marine Corps War Memorial, which I visited during a junior high school trip to our nation’s capital, in the early 1990s. Although I am generally not a fan of alcoholics, given Hayes’s experiences in the worst war in human history, and his humbleness when thrust into a spotlight for his role at Iwo Jima, his overall career is more commendable than not. Moreover, he experienced things many of us have not, and hopefully will not. His ultimate fate is, of course, tragic, nonetheless. 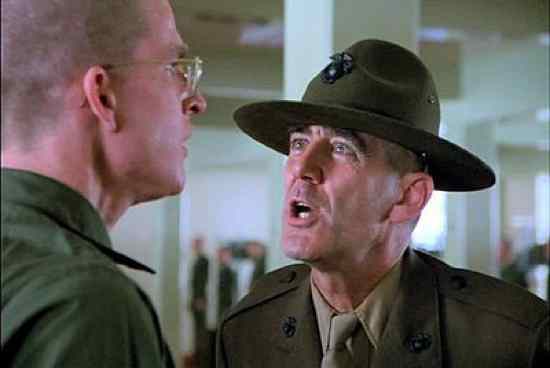 Gunnery Sergeant Ermey is a veteran of the Vietnam War, and recipient of several military awards. He is perhaps most notable for his acting career, with appearances in Apocalypse Now and Full Metal Jacket. He is perhaps seen as the stereotypical Marine drill sergeant and, as such, has brought a lot of arguably positive publicity to the Marine Corps in recent years. He has maintained great interest in Marines and their image. For example, he visited active duty troops in Kuwait and Afghanistan while filming his television show Mail Call. 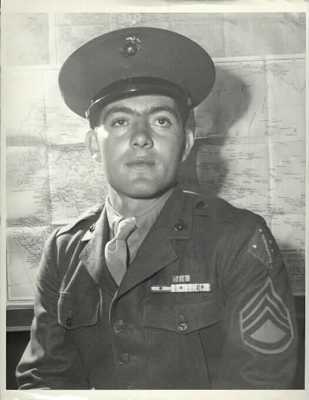 Gunnery Sergeant Basilone is the only enlisted Marine Medal of Honor recipient (for actions at Guadalcanal) to return to combat and be killed (at Iwo Jima). Another Marine on this list (Chesty Puller) recommended Basilone for the Medal of Honor after Guadalcanal. Basilone married fellow Marine Sergeant Lena Mae Riggi in 1944. He was one of three Marines depicted most prominently in HBO’s 2010 miniseries The Pacific, and was honored, in 2005, by the United States Postal Service on a distinguished Marines stamp. Although he did not provide a memoir in the manner of Leckie and Sledge, his bravery and determination was of the highest class. 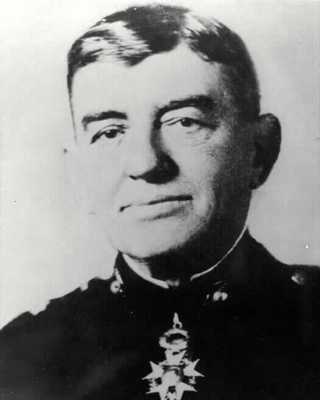 Lieutenant General Lejeune is known as the “greatest of all Leathernecks” and the “Marine’s Marine”. In addition to his American military awards, received for serving in the Spanish-American War and World War I, he has also been awarded the Legion of Honour and the Cross of War from France. Camp Lejeune, North Caroline, where I spent nearly five years of my childhood, is named for him, as is a navy transport ship. He was also honored by the United States Postal Service on a distinguished Marines stamp. 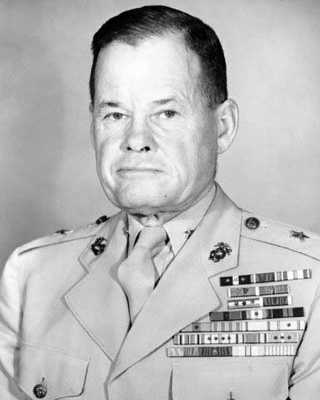 Lieutenant General Puller, the most decorated United States Marine in history, and the only Marine to receive five Navy Crosses, served in World War II and the Korean War. A frigate is named for him, he too is honored by the United States Postal Service on a distinguished Marines stamp, and he is portrayed by William Sadler on The Pacific. Tragically, Puller’s son Lewis Burwell Puller, Jr., a highly decorated Marine as a lieutenant in Vietnam, was severely wounded by a mine explosion, losing both legs and parts of his hands in that conflict – a tragedy that, of course, deeply saddened the elder Puller. The younger Puller later committed suicide, in 1994. Such is the grim reality and cost of modern warfare. Nevertheless, the Pullers, as with the other nine men on this list, served their country bravely in the face of difficult circumstances and, in many cases, are inspirational figures not just for Americans, but for humanity in general. They have bled so that Americans and our allies may be free, they have entertained us on television and in the Octagon, recounted their experiences in memoirs for future generations of historians, and in even one case helped to pioneer space exploration. Thank you, again, to you, and the millions of men and women who served alongside you.