Alcohol consumption is mostly harmless. However, due to its links to health and social troubles, drunkenness remains a subject of serious study today.

Recently, researchers revealed the surprising role that alcohol plays in surviving traumatic injuries, why misbehaving drunks can no longer blame one drink too many, and how inebriated drivers could get zapped by lasers. On the lighter side, they also determined why the retail business loves drunk shoppers and why intoxicated birds slur their songs. 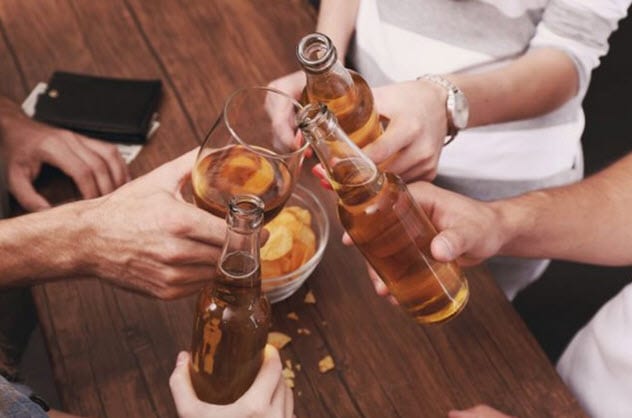 According to science, sober people make inebriated people feel drunker than they really are. This was the result of a year-long study that began in 2016. Researchers stood in four nightlife zones in the Welsh city of Cardiff and snagged every seventh person who walked by.

Those who consented to a Breathalyzer test also had to rate their own drunkenness. Eventually, over 1,800 breath tests were performed, and 400 people agreed to take a survey. The team crunched the data and used mathematical models to compare people’s blood-alcohol with their drunken self-awareness.

The results were curious, if not logical. When surrounded by equally corned friends, drinkers underestimated their alcohol intake. Drinking also felt more acceptable. However, when they were with sober friends, they overestimated how drunk they were.[1]

9 Our Morals Stay The Same 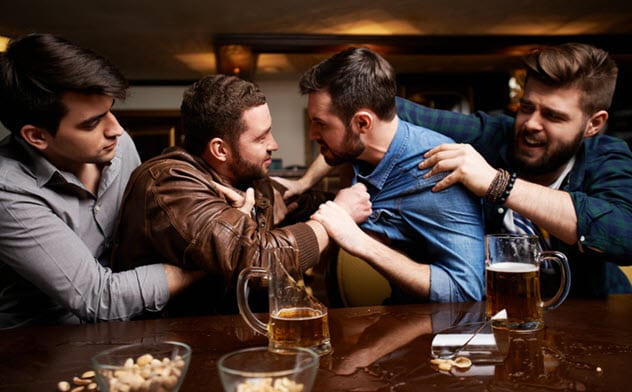 When a drunk person makes a bad decision, their friends tend to blame the bottle. In fact, tipsy sinners get away with things for which sober people are held accountable.

In 2019, researchers decided to test whether alcohol could really make people forget their morals. If so, drinkers could claim that they were not responsible for their actions.

During the study, volunteers were plied with vodka. They soon started to respond inappropriately to photographs that depicted human emotions. They liked the sad faces and were irritated by people who looked happy.

Scientists have known for a while that drunkenness can affect empathy like this. However, the vodka-impaired participants followed their sober values when they were faced with moral dilemmas in virtual reality.[2]

The jury is out. Alcohol messes with empathy but not our moral compass. Drunk people know when they do something wrong. 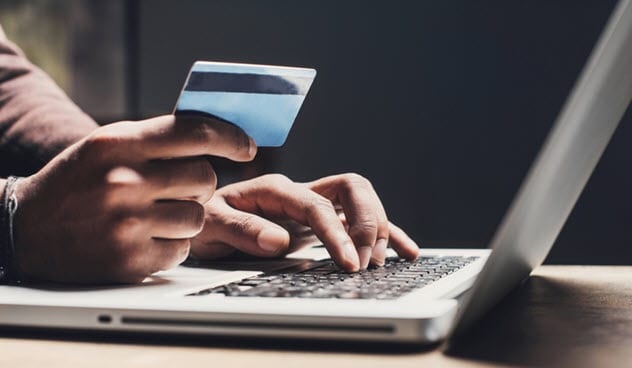 A 2019 survey sought honest confessions about drunken online shopping. Around 2,174 people responded. The study only focused on United States residents, but the average age was 36 and most of the participants earned twice the national annual income. While small, the project still yielded fascinating facts.

Almost 4 in 5 people shopped online when they were intoxicated. Predictably, virtual trolleys were filled with the unusual and the unnecessary. Participants admitted to buying giant inflatable castles for the living room, 90 kilograms (200 lb) of bamboo, and night vision goggles that cost $2,200.

Two-thirds bought clothing. Games, movies, and technology came a close second. Drunk shoppers bought software and cosmetics the least. Amazon is laughing all the way to the bank. Around 85 percent of tipsy patrons chose the commercial giant.

Overall, the retail industry receives a considerable boost. Every year, a single drunk shopper spends around $444. Count everybody together and the rough estimate hits $48.4 billion.[3] 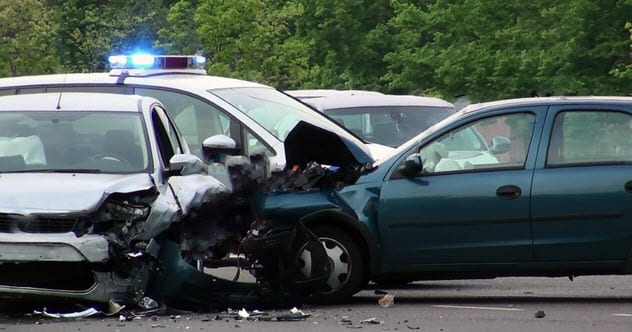 One myth holds that drunks are likelier to survive car accidents. Apparently, alcohol softens the body and prevents more serious injuries. Studies support the fact that sober people have a higher mortality rate but not because they stiffen their bodies before impact.

A 2012 study analyzed 190,612 trauma patients from Illinois. Their blood-alcohol levels ranged from sober to shockingly sozzled. According to the outcome of these cases, the drunker people were upon admission, the more likely they were to survive.

As it turns out, traumatic injuries can trigger deadly events inside the body. Things like shock, inflammation, and rapid dehydration are the leading killers, not the injuries themselves. For some reason, perhaps because of the suppressing qualities of alcohol, the intoxicated patients weathered such reactions better.[4] 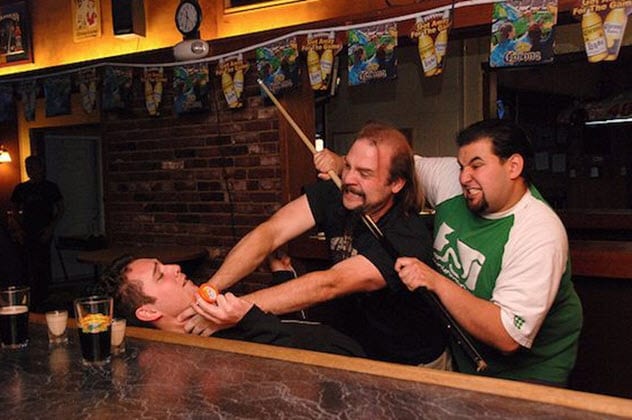 In 2013, Michael Parks trained people to go to clubs and report on brawls. He did not belong to a crime-fighting authority. Parks was a researcher at Penn State University and wanted to know how many bystanders intervened in aggressive incidents.

Over a period of 503 nights in 87 clubs and bars, he released his swarm of volunteers who witnessed 860 events where things turned ugly. These included verbal fighting, unwanted physical contact, and fights that saw swinging chairs and flying bodies.

When women became angry, the number one reason was sexual harassment from guys. Interestingly, women could expect the least chance of intervention from bystanders even though this was the most frequent aggression reported by Parks’s team. On the other hand, a third of bystanders stepped in when the situation contained two drunk males about to start a physical altercation.[5]

5 The Danger Of Drunk Sleeping 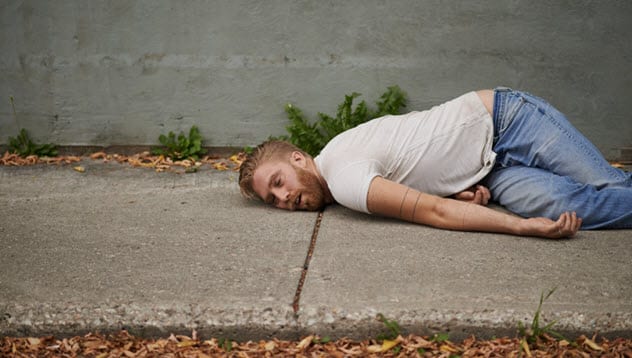 In 2017, an 18-year-old freshman joined a drinking session at his fraternity house in Louisiana. When he passed out, his friends decided that he should sleep it off. Instead of waking up with a hangover, the student was taken to the hospital the next morning and declared dead. His blood-alcohol level was .495, which is six times over the legal limit.

Regrettably, the case was not unique. Most people still believe that letting a friend sleep is the best remedy, and that may be true in mild cases. However, when somebody is very drunk, it can be fatal.

Even after drinking stops, the blood alcohol content could spike. This might lead to vomiting, choking, seizures, coma, breathing difficulties, and even death.

Experts agree to let a person sleep when his breathing is normal. But seek emergency treatment if he turns blue, throws up while unconscious, remains unresponsive to shaking, and experiences breaths that are 10 seconds apart.[6] 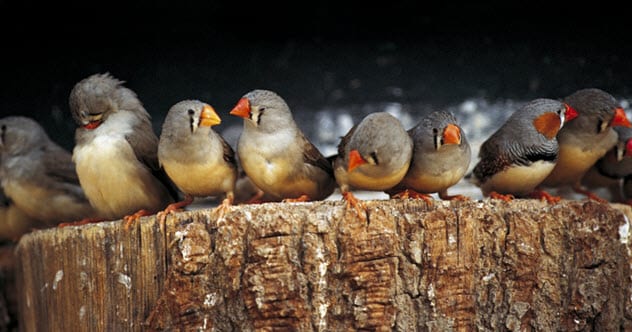 Scientists like to study bird communication. Their complex repertoire remains an excellent model to study human language. More specifically, how people learn and use language to communicate.

In 2014, researchers wondered if drunken birds also lost their verbal grip. When people swim too deeply in the bottle, they slur and sometimes talk a lot of nonsense.

The study used zebra finches. To get them drunk, they were given juice spiked with 6 percent alcohol. The birds developed a blood-alcohol level of .05–.08 percent. In humans, this reading often comes with symptoms like chattiness and impaired focus. Curiously, the drunk finches sang less. But when they did, the songs were slurred and often disorganized.[7] 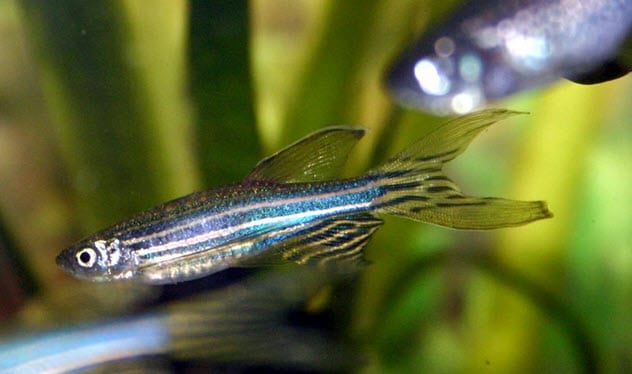 At New York University, one laboratory specializes in getting zebra fish drunk. This is not for laughs. Their projects study how alcohol affects living organisms.

In 2014, an experiment started out normal enough but ended with a mystery. Fish were placed in different tanks. Each tank was spiked with varying concentrations of alcohol. Soon, the zebra fish ranged from being slightly tipsy to blind drunk. The latter had a blood-alcohol level of 0.1 percent. To put it into perspective, this is well past the legal limit for humans.

The fish were moved to new tanks with clean water. To study their social dynamics, every inebriated zebra fish was given four sober companions. The booze-affected fish were hyperactive. More strangely, the sober zebra fish began zipping after the speedy drunks until the latter grew tired and slowed down. Nobody knows why. For now, one theory suggests that the energetic fish was perceived as a leader by the others.[8]


2 Drunk Drivers Could Get Lasered 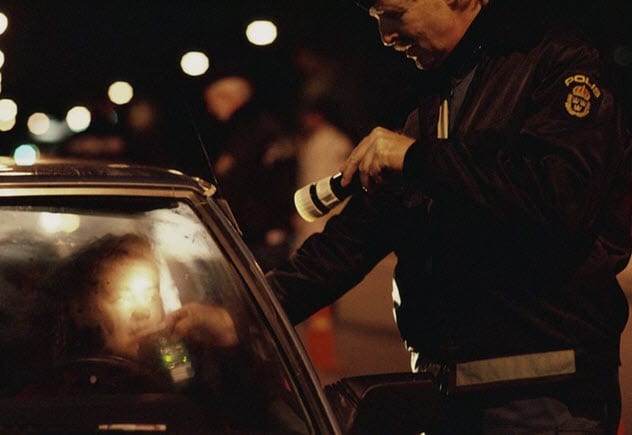 Police officers cannot pull drivers over willy-nilly and stick a Breathalyzer in their face. There must be a cause for concern. However, a weaving car is not always steered by inebriated hands. Uncertain or tired drivers could mimic the moves of a barfly.

In 2014, Polish scientists invented a test that could weed out the real offenders. Essentially, a passing vehicle triggers a laser that shoots through the window. After it hits a mirror on the other side of the road, the beam is checked for strength.

The laser’s wavelength can be absorbed by alcohol vapor. Thus, the weaker the beam, the higher the possibility that the person inside the car is drunk.

The method is not flawless. An officer could flag down a driver and discover a responsible soul ferrying a drunken friend home. A sober person with a trunk full of beer could also cause a “drunk” signal. Car windows can also mess with a reading. However, once these kinks are ironed out, the device has the potential to improve road safety.[9] 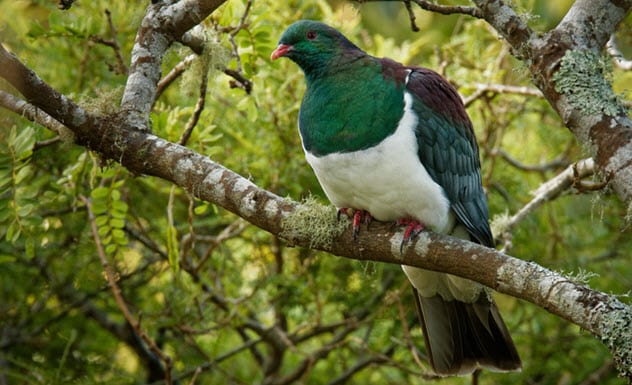 Forest and Bird is a conservation group in New Zealand. Every year, they hold a competition where people can vote for their favorite wild bird. The 2018 crown went to the kereru pigeon (Hemiphaga novaeseelandiae).

Its pageant description, written by Forest and Bird, ran as follows: “clumsy, drunk, gluttonous, and glamorous.” They were not kidding. Kereru pigeons are sometimes so drunk that they fall out of trees. The species loves eating fruit on the forest floor. The fruit is often rotting or otherwise fermenting, which leads to flocks of pigeons stumbling around.

One summer, the fruit was so abundant that worried locals arrived at a bird sanctuary with countless kereru. The staff described the creatures as being “flaming drunk.”[10]

New Zealanders clearly love their native pigeon which, at 50 centimeters (19.7 in) long, is the only bird big enough to eat and disperse the large seeds of several plant species. Without the kereru, they could go extinct.

Read more fascinating facts and stories about being drunk on 10 Sobering Facts About Drunkenness and 10 Unusual Stories Involving Drunk Animals.