10 Conspiracy Theories That Tupac Faked His Own Death

Tupac Shakur was only twenty-five years old when he was ambushed while he sat in a parked car on a Las Vegas strip on 7th September 1996. The attack came following the Mike Tyson-Bruce Seldon fight which Shakur had attended. He died in hospital six days later on 13th September.

Conspiracy theories almost immediately began to fly. Many claimed that he was killed by fellow rapper, Biggie Smalls, who himself would be gunned down several months later. As time went on though, the theories strayed into “Elvis” territory, with claims that the rapper and actor had faked his own death, theories that still circulate today. Here are ten reasons some people firmly believe Tupac Shakur is alive and well . . . somewhere . . .

10 Lock Down At The Hospital 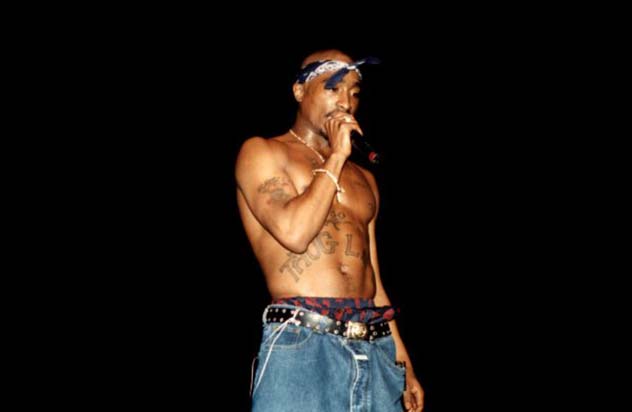 After he was admitted to hospital following the shooting, it is claimed only his mother, very close friends and certain designated medical staff were allowed to see Shakur. Perhaps because of this lock down, people began to speculate there was possibly more going on behind the scenes.

The rapper spent six days fighting for his life, during which time it was said he had to be revived several times, eventually succumbing to internal bleeding as a result of his gunshot wounds.

Perhaps the most controversial statement came recently from author Michael Carlin who claimed that the rap star was likely “finished off” in hospital by persons unknown. Carlin has worked closely with Los Angeles Police Department in researching Tupac’s killing. One thing he claims he is certain of is that the police and medical records regarding the rapper’s death are “bogus!”[1]

9 The Person Who Performed His Cremation Disappeared 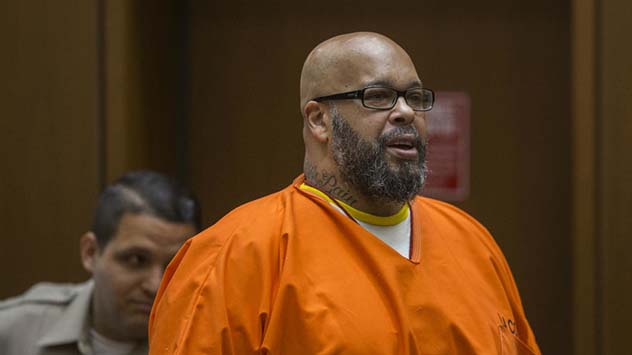 Perhaps one of the most mysterious parts of the Tupac Shakur murder is that the person who performed his cremation has apparently since vanished from the face of the planet.

Close friend of Tupac, and the person who was in the car he was riding in when he was ambushed and shot, Marion “Suge” Knight, reportedly claimed that he paid for the rapper to have a private cremation. Not only has the person in question allegedly disappeared, but the amount that Knight claimed he handed over for his services is also questionable given that it was $3 million. Was this part of the “missing millions” as they came to be known?[2] 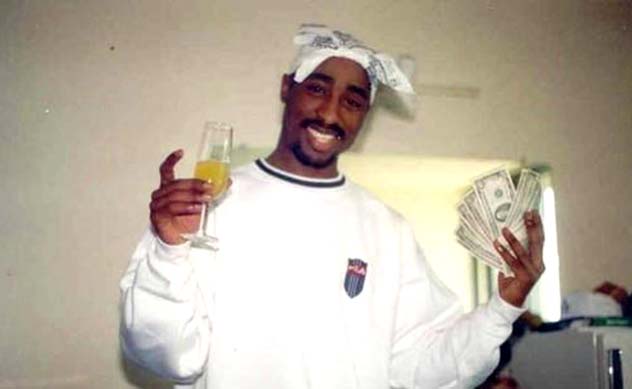 It is claimed that Tupac Shakur was worth a little over $100,000 when he died, which doesn’t make him a pauper by any stretch of the imagination, but when considering the immense wealth he had accumulated from his music and his acting career, it is a drop in the ocean of the money he would, at one time, have surely had.

Furthermore, he had no property in his name when he died and his only possessions appeared to be two cars. There seemed to be concerns about the rapper’s contract with his record label, and exactly how much money he was actually paid, while his record company, the infamous Death Row Records, claimed it was Tupac’s own lavish lifestyle that had left him (relatively speaking) destitute.

Others though have speculated that the “missing millions” may have been discreetly “moved” elsewhere – remember the $3 million paid for the cremation?— in anticipation of a life to be lived out in secret.[3] 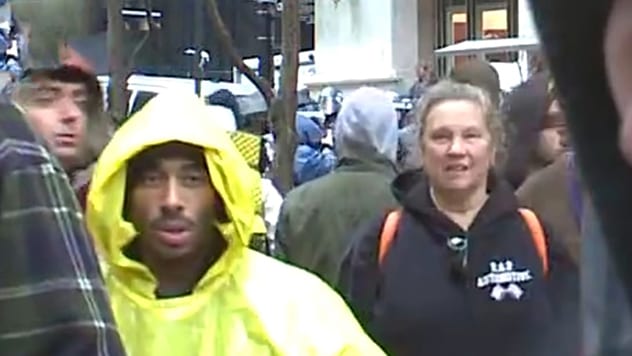 In September 2015 a former detective, David Myers, made the claim that Tupac Shakur had faked his own death, and what’s more, he had been paid $1.5 million to help the rapper achieve it. Myers made the announcement from his death bed while in critical condition in hospital, stating that he “could not die without letting the world know” and that he was “ashamed” of his involvement. According to Myers, a body double was even arranged to be taken to the morgue in place of Shakur.

It should be noted however, that while this story appeared on several well-known web sites, there does not appear to be a definite source. Myers, if indeed he did exist, also didn’t state why the rap star wished to have the world believe he had died. One thing of interest though is the claim of a body double, particularly when inconsistencies concerning the mortuary records came to light.[4] 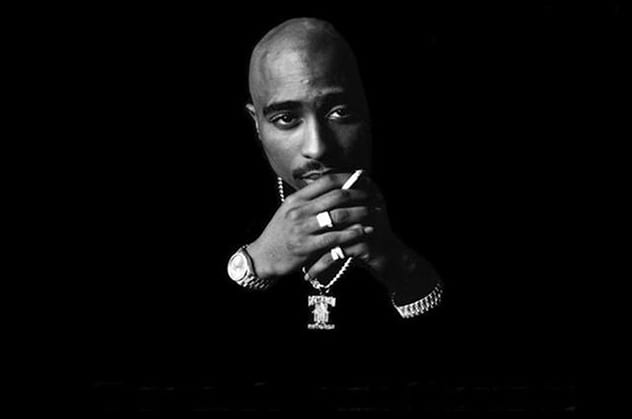 According to official records there was some discrepancy regarding Tupac’s height and weight as recorded by the mortuary. His driver’s license, as well as various celebrity “measurements” sites, listed Shakur’s height at 5” 10 and his weight at 168 pounds. But the mortuary records showed him to be two inches taller at a straight six feet and at a weight of 215 pounds – considerably heavier.

Could this simply have been sloppy record keeping at the mortuary? It’s certainly a possibility and realistically most likely, but nevertheless it has been a talking point for those who believe there is something being hidden about the rapper’s alleged death.[5] 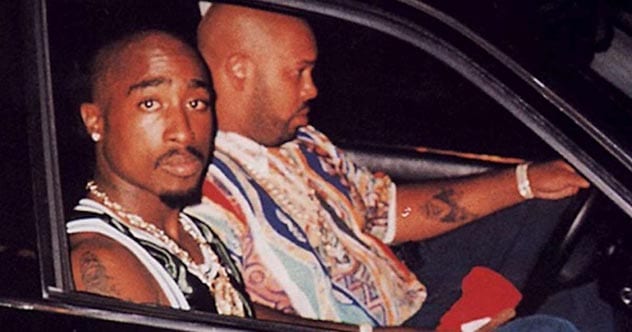 One of the most famous photographs of the Tupac Shakur murder, was said to be taken in the immediate minutes before his death. It shows him in the passenger seat of a car, with none other than larger than life, Suge Knight driving.

However, eagle-eyed fans and researchers quickly spotted that the date on the photograph was incorrect, and appeared to have been taken on the 8th of September – the day after the shooting had taken place. While in all likelihood the camera was just set to the wrong date in error, some believed the photo had been “set up” to circulate to the media following the rapper’s “death”.

Furthermore it was also pointed out that there didn’t appear to be any keys in the ignition of the car. There were automatic-start cars in 1996, albeit not as widespread as they are now, but to some this was further proof that the photo was staged.[6]

4 No Bulletproof Vest The Night He Was Shot 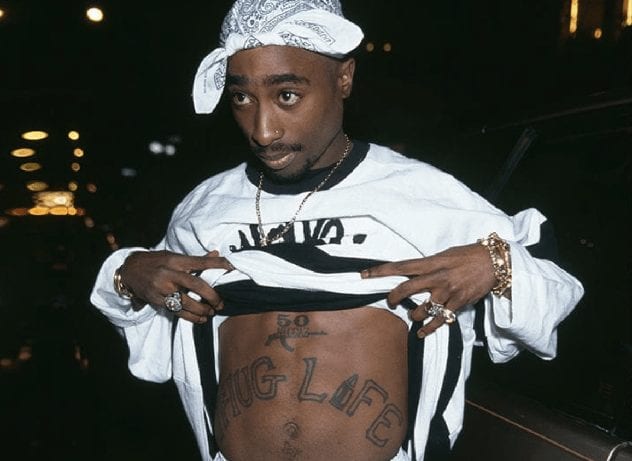 Since his shooting in New York several years earlier, Shakur had become increasingly paranoid. He had suspected Biggie Smalls and people close to him to have been behind the shooting on the east coast, and was increasingly convinced that people wanted him dead. So much so that he had taken to wearing a bullet proof vest everywhere he went.

However on this evening, with the “East Coast-West Coast War” in full swing, and despite being in a very public place, he suddenly decided not to wear one. It was rumoured by some that Knight had told the rapper to remove his vest because “it was hot” inside the arena where the Tyson-Seldon fight was being contested – there is said to be footage of this conversation although it certainly doesn’t appear to be widely available. There also appears to be confusion as to whether the rapper had a bulletproof vest on at all that evening, with some sources that Knight and others close to Shakur had tried to insist he wear one that evening but he declined.[7] 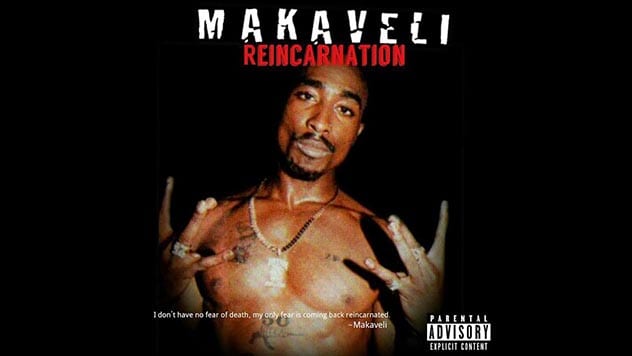 Tupac was known to be a huge fan of Italian renaissance man Machiavelli, and was particularly enthralled by his line, “To fool your enemies, fake your death.” For his last album, “The Don Killuminati – The 7 Day Theory” Tupac changed his on-stage moniker to Makaveli and, as he had done in many of his songs before, spoke of how he would fake his own death and then return to enact his vengeance on those that had wronged him.

When Biggie Smalls was himself gunned down only six months later, conspiracy theories began to circulate that perhaps Shakur was making good on his promise. Incidentally, Smalls’ death also remains unsolved.[8]

2 Tupac Is Alive and Well, and Living In Cuba 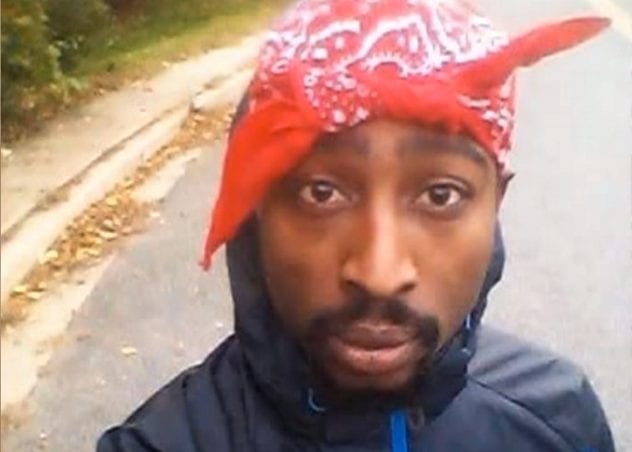 This particular theory would be regarded as complete nonsense by even the most enthusiastic conspiracy theorists, particularly the claims that he was “seen” partying with Rihanna recently, were it not for the fact that the rapper does have a genuine connection to the country of Cuba.

His aunt, Assata Shakur, was a political activist and former Black Liberation Army member. She had fled to Cuba in 1979 following her conviction for the 1977 murder of a New Jersey State Trooper and sought political asylum there. Given Shakur’s political awareness, he almost certainly would have been very much aware of his aunt’s situation and possibly her whereabouts.

As Cuba is one of the few countries that the United States (at the time) had no access to, it is an ideal place for anyone who is looking to disappear.[9]

1 Scores Of “New” Songs Released After His Death 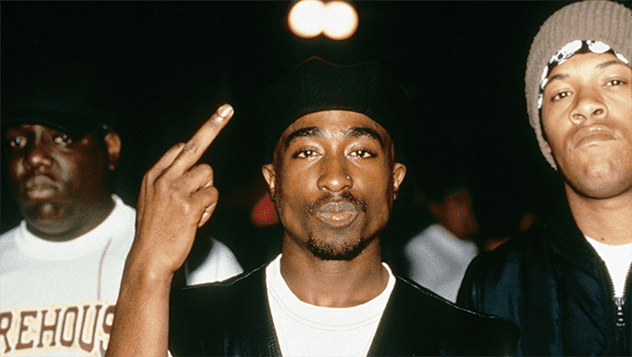 Since his death there has been a litany of new material released by the rapper. This has fuelled speculation from some that Tupac is alive and well and recording new material from afar. It is true that a wealth of new material has seen the light of day in the years following Shakur’s death. What’s more is that these new releases have arguably netted as much profit, if not more, than the rapper managed to while he was alive.

While the theory sounds plausible, the fact is that Tupac was well known for being a seriously hard worker in the studio, sometimes recording several songs in a session – sessions that could last for days at a time. It is not at all beyond the realms of possibility that he would have had hundreds of unreleased tracks waiting in the wings when he died. His estate and any royalties from his music were in the control of his mother, Afeni, until her death in early 2016.[10]

For more lists like this, check out 10 Fascinating Events In Tupac’s Short Life, and Top 10 Premortem Songs by Tupac.