Cannibalism is a taboo and a reality. Humans eat humans for religion, revenge, hunger, and art. There is more than one way to prepare human flesh. The methods for cooking cannibalistic cuisine are as varied as the reasons for engaging in the forbidden activity. WARNING: some of the text on this list is quite disturbing. 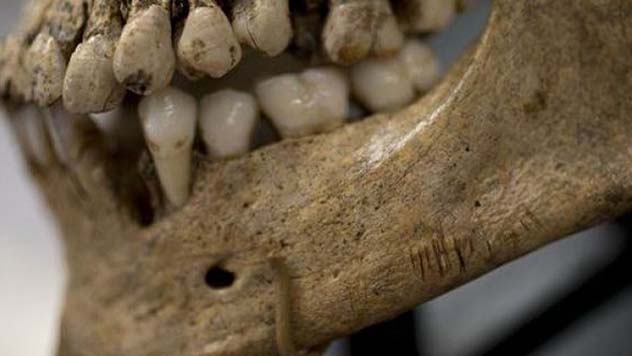 Stained and broken bones from a 2,500 year old site of Tlatelcomila outside Mexico City have not only proved that late pre-classic Mexico experienced cannibalism, we now know how the victims were cooked. Experts were prompted to do analysis based on the red and yellow color of the bones. They uncovered an ancient recipe for human flesh.

Some of the victims were boiled. Others were grilled. The flesh was marinated with indigenous chilies and annatto – seeds from the achiote tree still used in Latin American cuisine. The yellow bones were boiled for a long duration with annatto. The red bones got their color from the intensity of the cooking. Experts replicated the process by boiling cow bones to achieve similar hues. Cannibalism is not just a thing of the past in Mexico Recently reports suggest the Knights Templar Cartel was initiating members by having them devour the hearts of children.[1] 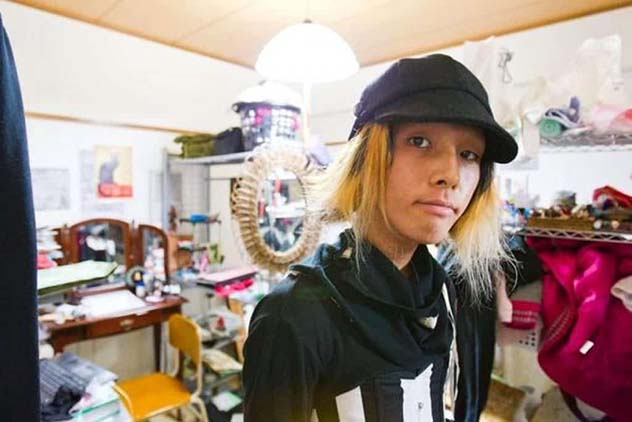 [WARNING: Web searching Mao Sugiyama results in images of the meal he cooked – I strongly recommend against looking.] In 2012, Japanese chef Mao Sugiyama served up his own genitalia to five intrepid diners. A self-described asexual, Sugiyama underwent elective genital surgery just after his 22nd birthday. He then prepared his penis, scrotum, testicles with button mushrooms and parsley. Sugiyama announced the culinary experiment via twitter. The guests paid $250 a plate. Six signed up. Five showed. However, a gaggle of onlookers came out to witness the bizarre spectacle. The overflow diners were feed crocodile-based dishes, while the intrepid five were served the main event.

The story ignited a firestorm of curiosity. Many were appalled and contacted the authorities. Curiously, cannibalism is not illegal in Japan. Given the voluntary nature of Sugiyama’s sacrifice, there was nothing police could do to stop the affair. There is a long history of eating genitals. Testicles are considered a delicacy in many parts of the world. Lamb testicles are particularly popular. Some batter them with eggs and crumbs. A classic “rocky mountain oyster” is pan or deep-fried, like Sugiyama’s junk.[2] 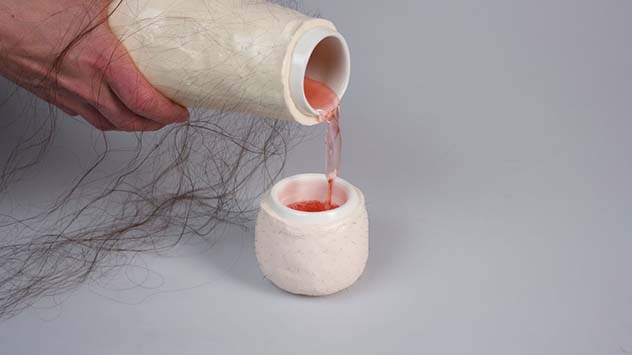 Human minced meat mango tartare. Human tenderloin with cider. These are just some of the recipes contained within “To Eat or Be Eaten – A Guide to Cannibalism.” Cascos Chamizo’s work contains handy charts for butchering humans, pages of stats justifying cannibalism, and of course, recipes. The work navigates which pieces should be avoided – for lack of nutrition or their potential health risks.

Spanish-born Chamizo is not a cannibal – just a conceptual artist. The project is not about promoting man-eating – but, in his own words, “exploring global issues like lack of resources, overpopulation, and issues around consumerism.” Cannibalism elicits powerful emotions and people become engaged. Chamizo’s recipes are real. They come from experimenting with animal cuts that resemble what could be harvested from a human. Interestingly enough, most western countries do not have a ban on the consumption of human meat.[3] 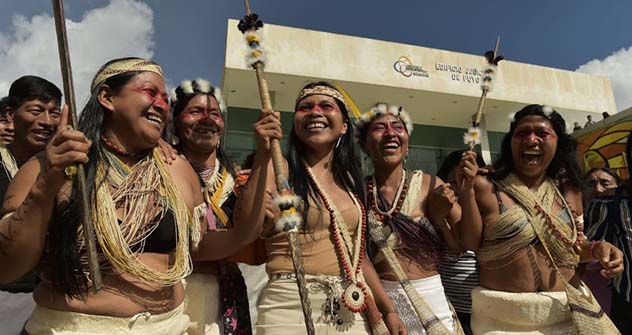 Peru’s Guayaki tribe knows a thing or two about eating humans. They were endo-cannibals, who eat their own dead. They do not hunt down enemies for food. However, they won’t pass up an opportunity for meat. They indicate that human flesh is sweet – like wild hog. It is a little more tender and covered in a layer of yellowish fat, making it unique amongst jungle animals.

Their recipe: girll the human flesh with the bud of the pindo palm. If a man is being eaten – boil the penis, and give it to a woman. Eating male genitalia means they will give birth to a boy. The Guyaki look forward to being devoured by their loved ones. The only way for the Ove, or soul, to reach the heavens is through ritual endo-cannibalism. The deceased will actually haunt the living until there are consumed.[4] 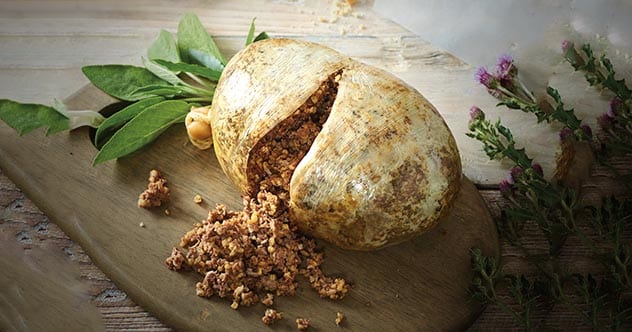 In 2013, New York police officer Gilberto Valle was arrested for plotting to kidnap, torture, and eat female victims. The “Cannibal Cop” searched terms like “human meat recipes” and “how to cook a girl.” The manhunt for Valle’s co-conspirators became an international affair. Dale Bollinger, a nurse from Canterbury, England, was arrested by authorities soon after. Using the screen name “MeatMarketMan,” Bollinger described eating multiple females, the pork-like taste of human flesh, and even provided a recipe for human haggis using heart and lungs. Apparently, feet are his favorite delicacy. 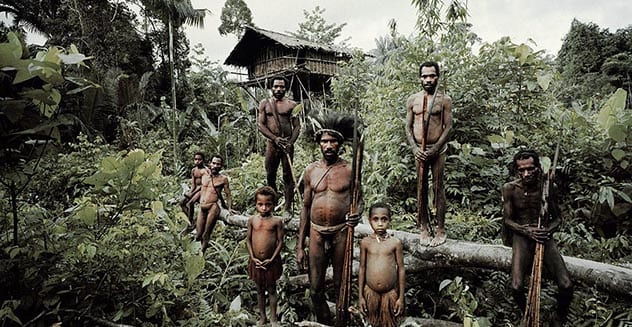 In 2006, Australian journalist Paul Rafaele became the first white man to travel beyond the pacification line of Indonessian Papua New Guinea. He ventured into the territory of cannibalistic members of the Korowai Tribe. According to the Korowai, they do not eat people – they eat khakhua. These parasitic spirts possess the body of a man – never a woman – and slowly devours their host from the inside out. They must eat the khakhua – just as it ate the human it took over. The Korowai are big on revenge.

Korowai cook humans like hogs – in ovens made of leaves and hot river rocks. However, they are quick to point out that human flesh tastes more like cassowary than pig. The individual parts are wrapped in banana leaves and given out to the clan. The head belongs to the family that killed the khakua. They eat every except the hair, nails, and penis. Children are strictly forbidden from participating. Khakua are too strong for the young.[6] 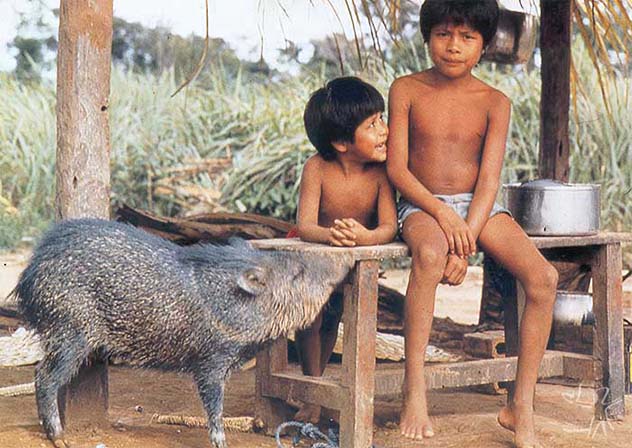 The Wari’ do not relish consuming their dead. They allow the body to rot for two to three days. It was then cut up and grilled. Once ready, the meat was shredded and placed on a woven mat next to roasted maize cakes. The flesh is consumed with sticks – contact with the fingers is taboo. The rotten state exaggerates the unpleasantness. Occasionally the bones were macerated and consumed with honey. The Wari’ consider burying loved ones and allowing them to rot to be as taboo.[7] 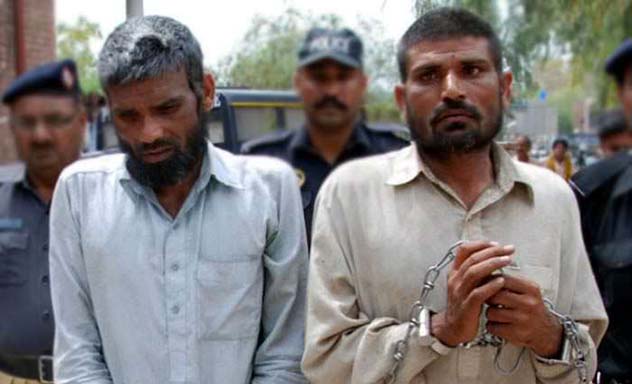 In Pakistan’s Bhakkar district, two brothers were arrested for digging up the grave of a 24-year-old woman and cooking her in a curry. Farman Ali and Arif Ali were arrested after the grave of Saira Parveen was discovered empty just two days after her funeral. An investigation led to the brothers’ house, where police discovered the remains of Parveen, along with the partially consumed body of a four-year-old girl. The brothers were charged with desecrating graves and sentenced.

After serving two years in years in prison, the brothers were arrested again. Complaints about the smell of rotting flesh led authorities to their home, where authorities discovered the head of a child. The brothers admitted to cooking the youngster in a curry. We do not know details of their recipe. However, Punjabi cuisine is rich, robust, and full of flavor.[8] 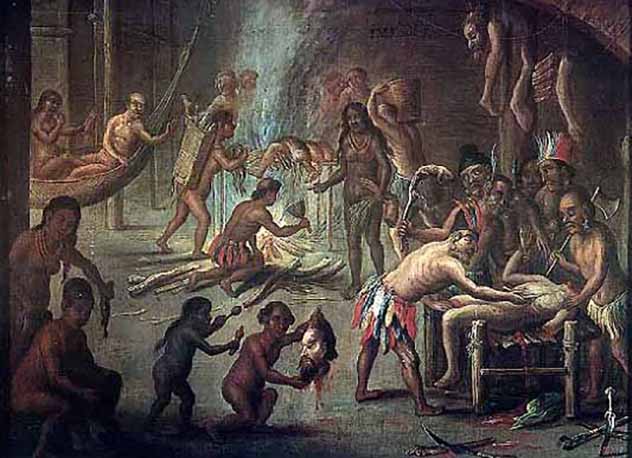 The Jesuits described the Xiximes as “the wildest and most barbarian tribe of the New World.” Reports of their cannibalism have been dismissed as European bias. However, archeologists recently unearthed bones that prove these inhabitants of Northern Mexico were man-eaters. Untouched for centuries, the cache was discovered 8,530 feet above sea level in Cueva del Maguey – a village built into a cliff-side cave in the pine forests of Durango.

According to missionary reports, the Xiximes had a preferred method of cooking flesh. Body parts were cooked in pans until the bones could be stripped clean. The flesh was then cooked in a soup containing corn and beans. The cannibal practice was deeply rooted in the Xiximes worldview. The cycles of life and death were forever entwined. After corn harvest, bands of warriors would be dispatched to find human prey. Lone men were easy targets. Occasionally small forest battles were engaged in for this purpose.[9]

1 Cuisine of the Cannibal Islands 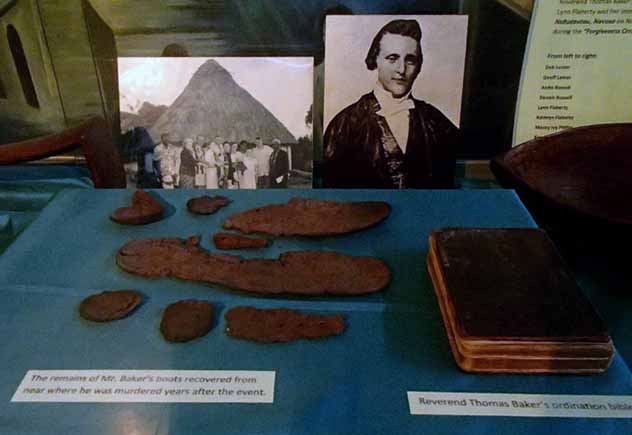 In 2003, Fijians apologized for eating Rev. Thomas Baker. The English missionary was the only white man to die of cannibalism in Fiji’s history. Overcome with grief, the Fijians have long since moved beyond this practice. However, he former British colony was once called the Cannibal Islands. Man-eating was a part of Fijian culture from 2500 years ago until the late 19th century. People who died of natural causes were never eaten. Only those killed made good food. Although most food was traditionally eaten with hands, forks were used to eat flesh. Human meat was not to be touched, believing it caused skin disease.

In his 1883 work ‘Camping Among Cannibals’, Alfred St. Johnston describes Fijian cannibal culinary technique: flesh was either baked whole in ovens, or cut up and stored in earthenware pots they used for cooking. Certain herbs were nearly always cooked with the flesh, either to prevent indigestion or as a sort of savory stuffing – I know not which.[10]

For more lists like this, check out 10 Gruesome Cases Of Cannibalism In Modern-Day America, and Top 10 Medicines Made Of Human Corpses That Turned Patients Into Cannibals.

About The Author: Abraham Rinquist is the Executive Director of the Winooski, VT Branch of the Helen Hartness Flanders Folklore Society. He is the co-author of “Codex Exotica” and “Song-Catcher: The Adventures of Blackwater Jukebox.”