Great Britain is no stranger to the paranormal. Supernatural stories abound in every part of its history, and there’s plenty of strangeness to be had today as well.

In the 17th century, the supernatural was apparently everywhere in the British Isles. A number of writers of the time, such as demonologist Richard Bovet and philosopher Henry More, collected contemporary accounts to prove that atheism was wrong. Nowadays, these “true” accounts read as ridiculous, but many of them are certainly worth remembering for their creativity and weirdness.

10 The Ghost Of Dunty Porteous 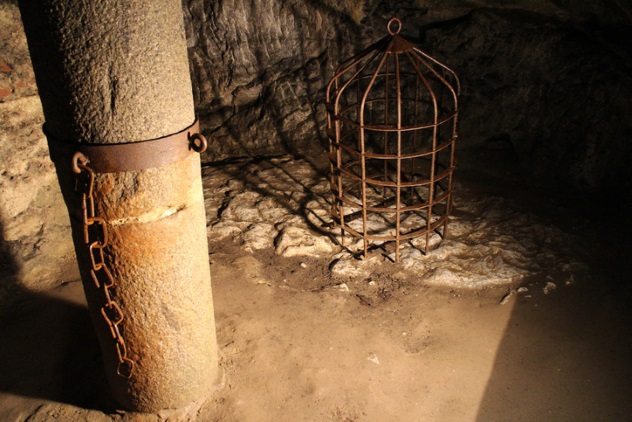 Sometime in the late 17th century, a miller named Dunty Porteous was imprisoned by Sir Alexander Jardine in his tower in Dumfriesshire, Scotland. Porteous was being held on suspicion of arson, and Jardine completely forgot about his prisoner one day when he had to make a last-minute trip to Edinburgh.[1] By the time Jardine returned, Porteous had starved to death in his cell.

After Porteous was discovered dead, his ghost began to haunt the tower, running and screaming about how hungry he was. To stop the ghost from tormenting him and his family, Jardine called for an exorcism. The exorcism was a success, trapping Porteous’s ghost in the dungeon, but the spell only worked so long as a specific Bible was kept in the tower.

Over time, the Bible fell apart and was sent to Edinburgh to be rebounded. Sure enough, with the Bible gone, Porteous’s ghost escaped from the tower and attacked the Jardine family while they were sleeping in their new home. Fortunately, things went back to normal as soon as the Bible was returned to the tower.


9 The Coffin Of Robert Baty 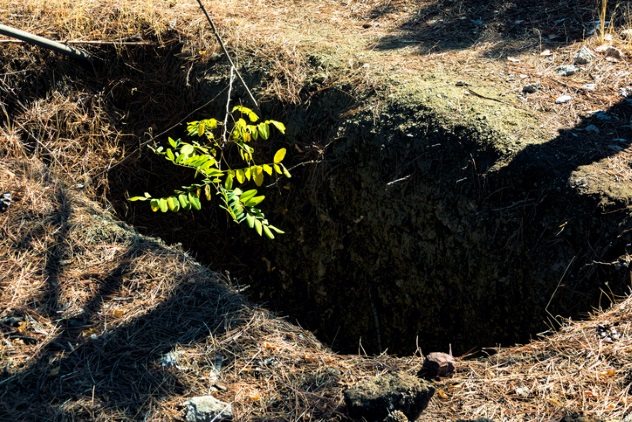 Robert Baty was a young Englishman who always insisted on being buried in his ancestors’ vault in the church of Arthuret.[2] On August 12, 1680, he accidentally drowned at the age of 23. Despite his earlier instructions, he was buried in the churchyard instead of the family vault.

The night after his funeral, Robert appeared to his sister Mary in a dream. He was very upset that he wasn’t buried in the right spot and promised to annoy those responsible until he was put into the family vault. In the morning, Robert’s coffin was found dug up outside his grave. His body was undisturbed, however, and he casket was in perfect condition.

Robert’s coffin was reburied, but it somehow appeared outside its grave two more times. After this happened for the third time, Mary told her family about her dream. At last, Robert’s corpse was moved to the family vault, where it permanently stayed.

8 The Powers Of Dr. John Lambe 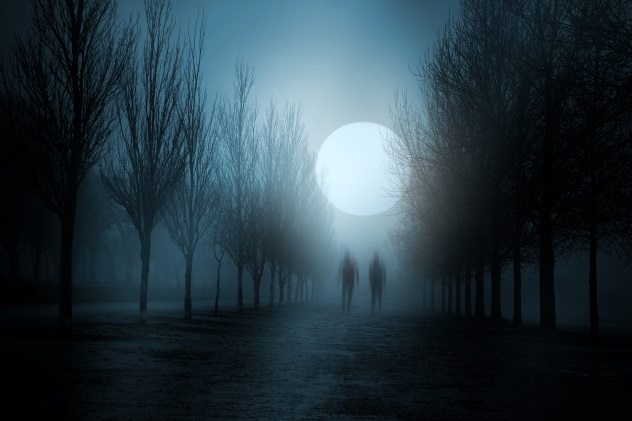 Known as “the Duke’s Devil,” Dr. John Lambe was a seedy magician who gave magical and medical advice to George Villiers, first duke of Buckingham, a politician so unpopular that he was assassinated in 1628. Lambe wasn’t liked much better; his political connections allowed him to escape acquittal for raping a little girl, and he was eventually killed by a mob a couple of months before Villiers was murdered.

Aside from being an overall horrible person, Lambe was also renowned for his supposedly amazing powers. In one incident, he invited two men named Barbor and Sands to drink at his home.[3] While talking about magic, Lambe offered to give his guests a performance. A tree suddenly materialized in the room, and three little men with axes were conjured up to cut it down.

After the dwarfs cut the tree up and carried it away, Barbor secretly took a chip of wood that had fallen on his coat. Later that night, while he was in bed with his wife, all the doors and windows of his house repeatedly opened and slammed shut by themselves. Barbor confessed to his wife about what he’d done, and after she forced him to throw the chip outside, they were able to sleep undisturbed.

7 The Ghost Of Dorothy Durant 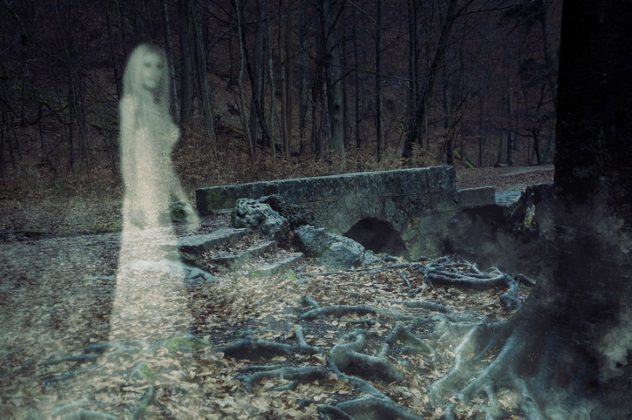 In 1665, a bright 16-year-old schoolboy named Bligh suddenly became depressed and withdrawn.[4] None of his friends could tell what the matter was, but Bligh confided to his brother that a ghost was troubling him. Twice a day, while walking to and from school through a field in Launceston, England, the ghost of a late neighbor named Dorothy Durant would silently follow him.

Bligh’s family was skeptical and ridiculed the boy for his story. Only his headmaster, Mr. Ruddle, was willing to give him the benefit of the doubt. The next morning, walking together with his pupil in the field, Mr. Ruddle was shocked to see Durant pass them by. He would see her spirit several more times after this.

On a morning in late July, Mr. Ruddle encountered the ghost again and attempted to talk to her. At first, the apparition struggled to speak. Her voice was hard to hear, and her words were unintelligible, but Mr. Ruddle had a conversation with her that lasted 15 minutes. In the evening, Durant’s ghost met the headmaster on his way home. This was the last time she ever appeared; the exchange was only a few words, and then Durant vanished for good. 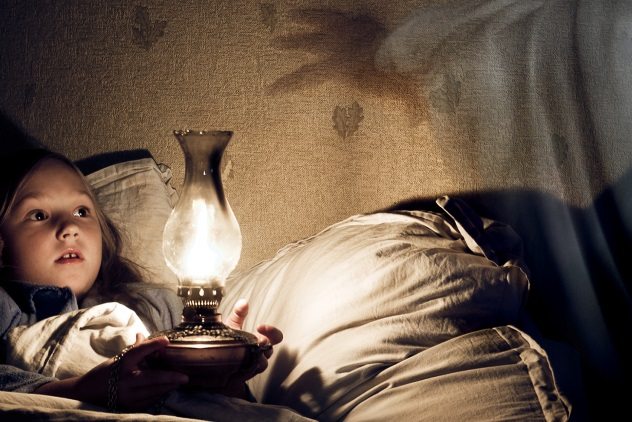 In January 1675, all four of the children of a family named Merideth in Bristol, England, came down with violent fits.[5] At first, the children complained that they felt pain in their heads and sides. Then their limbs began to convulse, and they would all simultaneously laugh or cry for an hour at a time.

The children would crawl on the floor like cats, and one witness even claimed that they could sit on the ceiling and walls like spiders. One of the daughters also insisted that she could predict the future, while another kept throwing up pins. To add to the weirdness, the fits would only happen during the day. At night, the children could sleep without any problems.

None of the city’s doctors could offer an explanation. The Merideth children continued to experience the fits for months, every day attended by praying ministers. In May, the fits inexplicably stopped, and the children were well again.


5 Ann Jefferies And Her Fairies 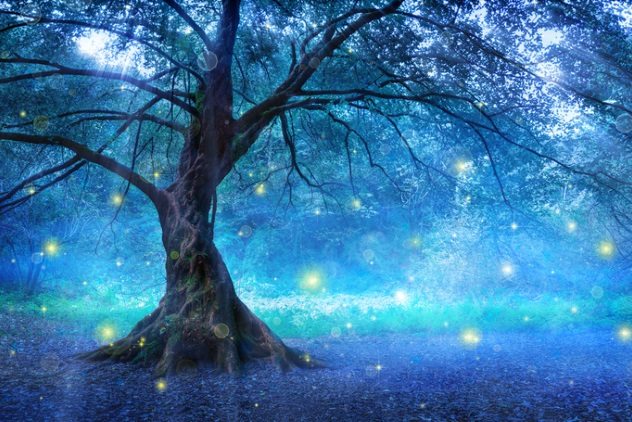 One day in 1645, while working as a servant for the Pitt family in Cornwall, England, 19-year-old Ann Jefferies claimed to see six fairies in her master’s garden.[6] The sight of the little people in green scared the girl so badly that she collapsed. For months, she suffered terrible fits and was so weak that she couldn’t stand.

After her encounter, Jefferies developed healing powers, eventually becoming known all across England for her magical touch. She said that she was constantly accompanied by fairies only she could see and that the fairies gave her special fairy food.

In an age when the authorities took the supernatural seriously, it was only a matter of time before Jefferies’s fame attracted the attention of the local magistrates and ministers. Since the clergymen accused the fairies of being the work of the Devil, Jefferies was put in jail for a time. She was eventually released, however, and married and lived to an old age.

4 The Poltergeist Of Isabel Heriot 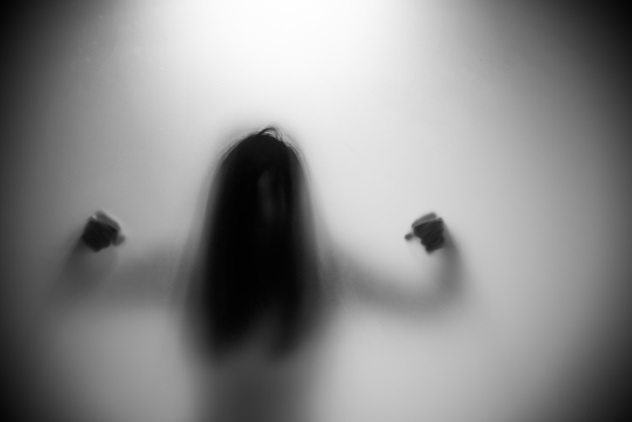 For several years, Isabel Heriot was a servant for a minister in Ormiston, Scotland.[7] Heriot was a good worker, but the minister fired her because she had little interest in religion. In the winter of 1680, she fell sick and died. Shortly after her death, Heriot’s ghost was seen near the minister’s house.

A few nights after this sighting, the minister’s home was pelted with stones that came out of nowhere. For some eight or nine weeks, these attacks continued, with some of the stones hitting the minister’s servants. Aside from the stone throwing, other things in the house were mysteriously moved, and strange noises could also be heard.

When the poltergeist activity stopped, Heriot’s ghost was seen for a second and final time. The witness, the same woman who saw the apparition the first time, found Heriot collecting stones in the minister’s yard. Before the witness ran away out of fear, Heriot said that the Devil wanted her to destroy her old master.

3 The Doppelganger Of Mary Goffe 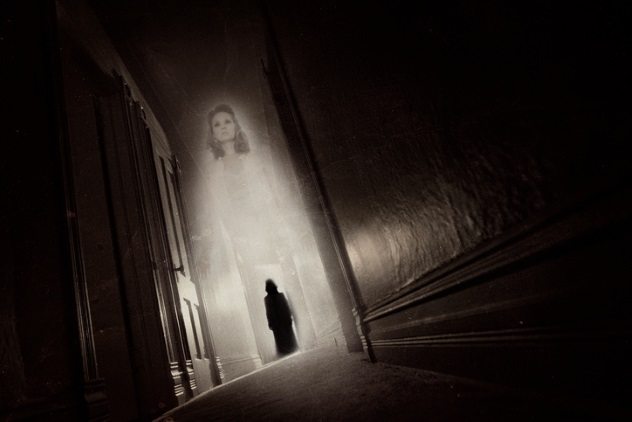 On June 3, 1691, Mary Goffe lay on her deathbed at her father’s house in West Malling, England.[8] That night, Goffe begged her husband to fetch a horse. Her children were 14 kilometers (9 mi) away in Rochester, and she insisted on being with them when she died. Goffe was far too weak to get out of bed, though, so no horse was called for.

At 1:00 AM, Goffe’s breathing stopped. She was not dead, but she appeared to be in a trancelike state. Around the same time, in Rochester, the children’s nurse was surprised to see Goffe come out of her older daughter’s bedroom. For 15 minutes, Goffe then quietly stood at the nurse’s bedside, where her younger daughter slept as well.

Right after the clock struck two, Goffe left the house in Rochester and came out of her trance in West Malling. Before she died that day, Goffe told her mother that she visited her children in her sleep. That same morning, the nurse reported the incident to some neighbors, who later confirmed the story. 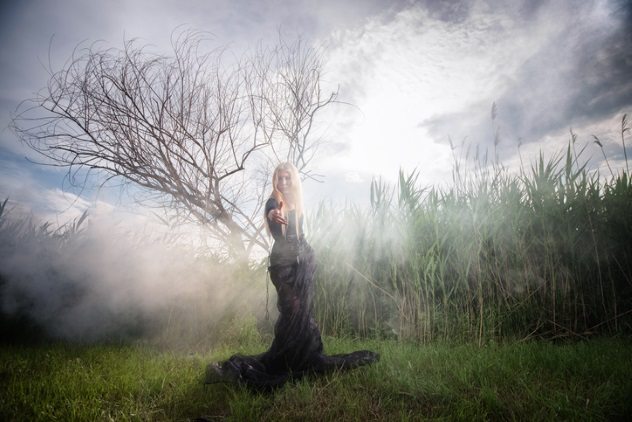 In November 1682, a servant named Francis Fey was met by his master’s dead father in a field in Spreyton, England.[9] The ghost asked that Fey carry out some unfinished business relating to his will. The young man duly complied, and after finishing the work, he headed home the next day.

While coming back into Spreyton, Fey encountered yet another ghost: his master’s dead stepmother. “The Demon of Spreyton,” as the spirit came to be known, greeted Fey by throwing him off his horse. For whatever reason, the demon was determined to make Fey’s life a living hell, and a very strange one at that.

Sometimes, the demon would strangle Fey with his own handkerchiefs, other times, she would rip up his wigs. On one occasion, she flung Fey up into the air, while on another, she made his shoelaces come to life. In another bizarre episode, Fey was attacked by a bird that held a stone in its beak, which it used to try to bash the young man’s head in.

1 The Ghost Of Anne Walker 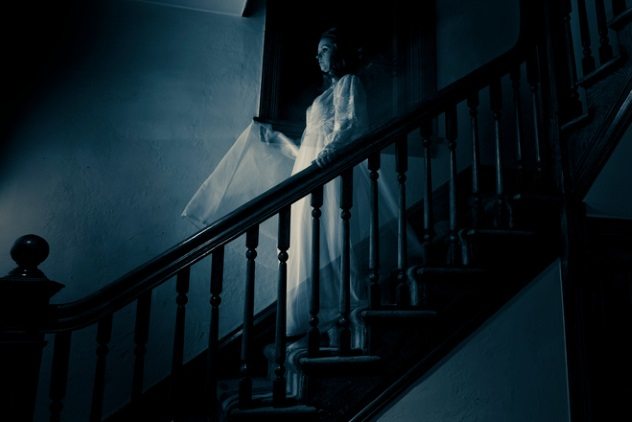 William Walker was a rich widower who lived in Lumley, England.[10] To keep his house in order, William hired a relative named Anne to work as his housekeeper. Anne and William became very close, and when Anne became pregnant, everybody in the village had a good guess about who the father might be.

In March 1632, William decided to send Anne away until the scandal calmed down. At first, William kept Anne at an aunt’s house, but then he supposedly moved her to the city of Durham. Two weeks passed without anybody hearing any news about her when she suddenly reappeared, soaked and covered in blood, to a miller in Lumley named James Graham.

Anne told Graham that she was dead. William hadn’t moved her to Durham; he’d actually hired a man named Mark Sharp to kill her. Sharp murdered Anne with a pickax, and then he dumped her body into a pool of water in a coal mine. Before vanishing into thin air, Anne asked that Graham tell the authorities about what happened to her.

Graham was reluctant to report the murder, but he finally came around after Anne appeared again, swearing to haunt him for the rest of his life. The authorities searched the coal mine, finding Anne’s corpse exactly where her ghost said it would be. Since the apparition’s story apparently checked out, both Sharp and Walker were arrested. Sharp immediately confessed to the murder, and he and his accomplice were sent to the gallows in November.

Tristan Shaw is a folklore fanatic who runs Bizarre and Grotesque, a blog where he digs up relics about alien octopuses, reincarnated Japanese girls, and other forgotten weird things.