When I first came upon this list in the submissions, I knew it would be a hit with our members. Herein is a rather shocking combo of true life stories of people caught in rather unfortunate situations due to the act of self-pleasure. Some are bizarre, some are disturbing, and many could well be considered crazy warnings of the dangers of indulging in this age-old practice. 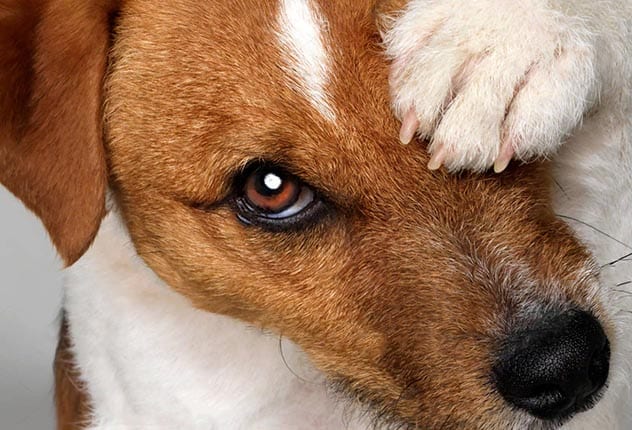 The odd tale of 46-year-old Australian Keith Roy Weatherley,[1] an out-of-work boilermaker, starts with him attracting the attention of the police for parking in a no-stopping zone near Nobby beach on October 26, 2008. Beyond his poor parking choice, he was also partially dressed and playing with something on his lap. The police thought it was a weapon and they asked him to exit the vehicle. After refusing, Weatherley led the police on a short and slow chase. 20 kilometers later, Weatherley still refused to get out of the car and he had to be pulled out of the vehicle, where police hit him with batons and sprayed him with mace.

After he was arrested, the police searched his car and found a homemade sex toy, pornography, women’s stockings and a Jack Russell terrier. He was arrested and fined $600. 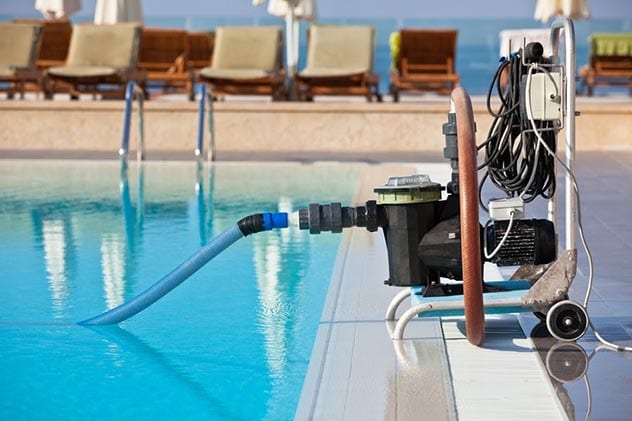 In July 1994, 33-year-old Robert Cheuvront was staying at the Scottish Inn motel in Lakeland, Florida. At about 12:30 AM he went swimming alone in the motel’s pool. At some point he decided to stick his penis into the swimming pool pump. He was found four hours later by a motel clerk after calling for help.[4] The clerk turned off the pump, but his penis had become so swollen that it became stuck and he couldn’t remove himself. Paramedics had to lubricate him and pull on him for an hour until he popped out. He was treated for bruised genitalia and released from the hospital a short time later. 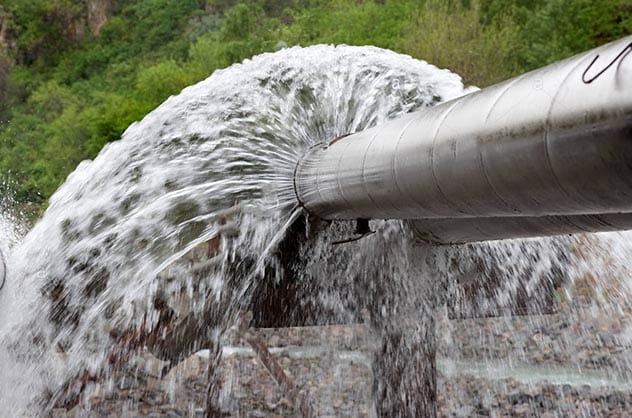 In January 2010, an unidentified 40-year-old South Hampton man decided to have sex with a stainless steel pipe.[5] Because, you know, a steel pipe just screams sex toy. Once he was buried deep, the man found that he was unable to remove his pipe from the steel pipe. He went to the hospital where the staff was also unable to dislodge the man from his “date”. They had to call in the fire department and it reportedly took seven of them to remove it.

How they removed the pipe should be a lesson to anyone else who would ever dare dream of putting their penis in inanimate objects that aren’t sex toys. The seven firefighters used a four-and-a-half-inch metal grinder and had to be very delicate with their cutting. It they were off by even a millimeter, it would have ended up looking like a Saw movie.

They worked for 30 minutes, but luckily the firefighters were careful and the man left the hospital with lightly bruised genitalia. 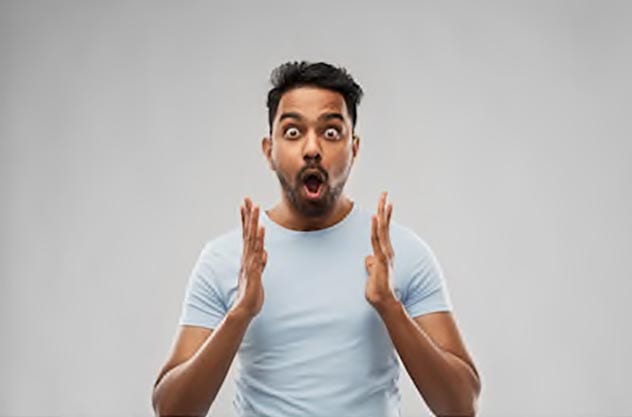 Unlike a lot of people on this list, Ashok Rajamani was just pleasuring himself in a normal way on March 17, 2000. He wasn’t doing anything freaky with weird objects or sticking things in places where they probably shouldn’t go. He was just a 25-year-old man who had masturbated countless times before. What was different about that day was that it was his brother’s wedding and he was staying in a hotel. And that session was different because when Ashok popped, something in his brain popped as well.

Ramajani’s orgasm caused him to suffer a Subarachnoid Intracranial Cerebral Hemorrhage, which was caused by Arteriovenous Malformation (AVM) which is a congenital birth defect, so he was born with it. People inflicted with AVM usually suffer a hemorrhage between the ages of 20 and 40. As the doctor[6] on the case said “Many brain hemorrhages and aneurysms are urogenitally based, meaning that they usually happen when a person’s having sex, giving birth, going to the bathroom.” Luckily, Rajamani was able to call an operator for help and he was rushed to the hospital.

The hemorrhage wiped out most of Rajamani’s memory, left him half blind in one eye, and he now suffers from epilepsy. He wrote a book about his experiences called The Day My Brain Exploded: A True Story.[7] 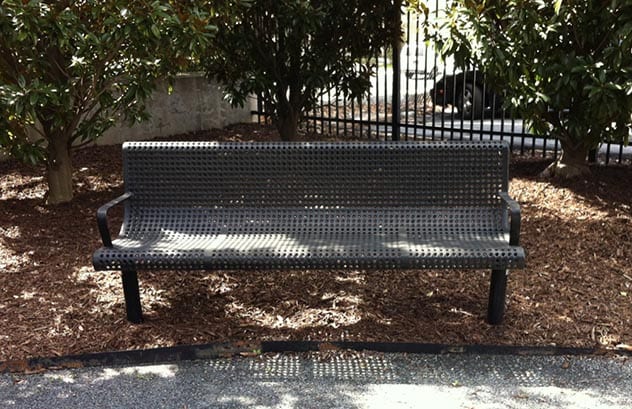 On August 6, 2008, 41-year-old Le Xing found himself alone on a park bench in LanTian Park in Hong Kong. The bench had holes in it; so of course, he lay down on top of it and stuck his penis in one of the holes. Because, hey, why not, right?

Xing’s penis became swollen and his little Xing got stuck.[8] Luckily Xing had access to his phone, and, probably rather sheepishly, he called the police who came to help. Rescue workers first tried to drain some blood from his penis with the hopes that it would relieve enough pressure to free him. Sadly, it didn’t work and they had to cut the bench apart to take it to the hospital with Le Xing still attached to it. At the hospital it took four painful hours to release him from the bench. One more hour in the bench and doctors were going to have to amputate his penis. 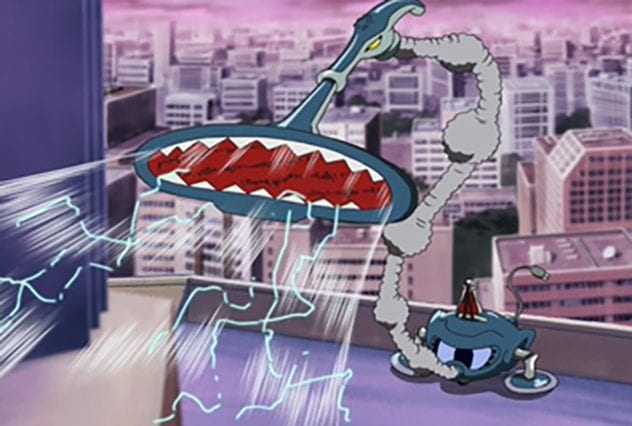 In May 1998, an unidentified 51-year-old man living in the ironically named Long Branch, New Jersey, was drunk and lonely, so he decided to do what probably every male of a certain age has considered since the invention of the vacuum cleaner. Yes, that’s right; the man stuck his penis in his vacuum cleaner. Unfortunately, what he didn’t know about his vacuum cleaner was that there were sharp blades in it and he chopped off half an inch off his penis. In order to avoid embarrassment, he called 9-1-1, and said that an intruder had broken into his house and stabbed him in the crotch while he slept.

While the man’s story may sound a bit funny, an amputated penis, or part of a penis, is deadly serious. This is especially true when erect because the man can bleed to death.[9] Luckily, the paramedics were able to find the missing half inch in the vacuum bag and the doctors were able to reattach it, saving the man’s life in the process.[10] 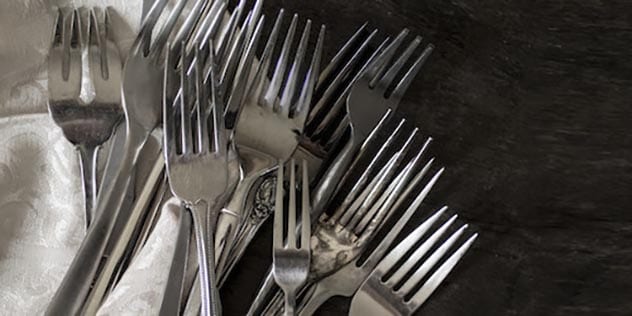 In July 2013, it was reported in the International Journal of Surgery Case Reports (please be warned that the link is a medical journal and it contains graphic pictures) that the senior citizen had to go to the hospital in Canberra, Australia, because he stuck a fork in his urethra.[12] And it just wasn’t a tine either; he stuck the handle in, going 10 cm deep. He put the fork in for sexual gratification and it became stuck, which led to bleeding. After it had been stuck for 12 hours, he went to the emergency room where the doctors used forceps and lots of lube to remove the utensil from the man’s penis. 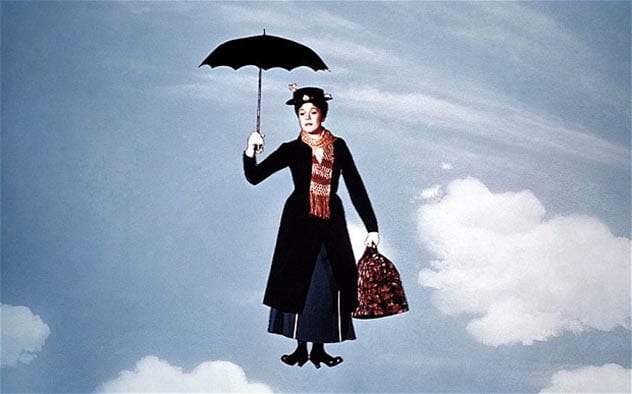 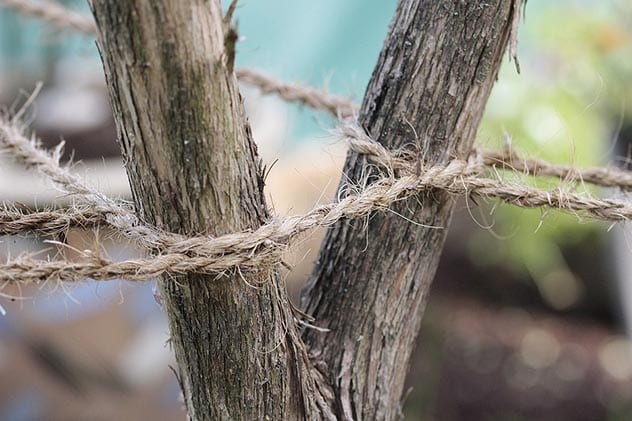 As we’ve seen, some people have strange fetishes and will have sex with almost anything, and that brings us to the sad and tragic story of 44-year-old computer engineer Kevin Kirkland from Newport, Wales. On December 29, 2009, Kirkland and his friends went out drinking.[14] At about 1:00 a.m., Kirkland left his friends and headed home. That’s when he decided to get into some drunken bondage… with a tree.

Using some rope, he tied up his penis and then tied himself to a tree. After he finished, he tried to free himself, but he found that he had tied himself up too well. While he struggled with the ropes, he managed to cut his wrists and he passed out. He was found naked except for his socks and boots the next morning by a man walking his dog. He died of hypothermia and blood loss.[15] 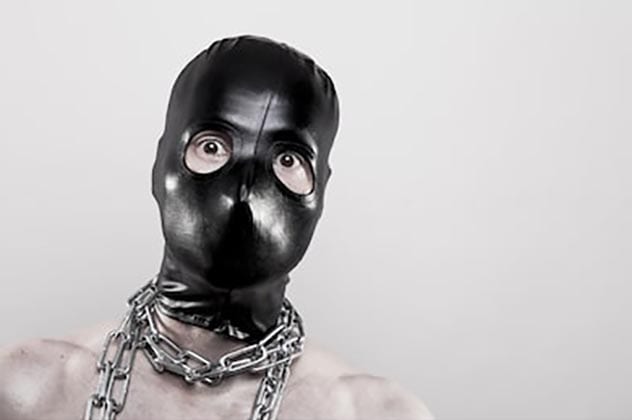 One of the more unusual cases of death by autoerotic asphyxiation is Reverend Gary Aldridge. On June 24, 2007, Aldridge, who was 51-years-old and once worked for Jerry Falwell, didn’t show up for services at his church in Montgomery, Arkansas.[18] Worried for his safety, some members of the church went to his home and they made an unsettling discovery.[19] Aldridge was dead inside his house, and he didn’t die naturally. He was hog tied and he was wearing a full scuba suit with a mask. The parishioners phoned the police, and they determined that Aldridge was alone when he died, so it wasn’t foul play, and they also determined that he didn’t commit suicide. 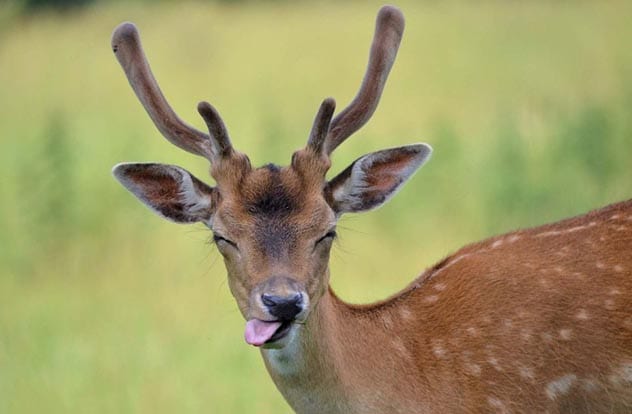 Okay, this one is just straight up weird and that is saying a lot when you compare it to the rest of the entries on the list. In fact, it is so weird it became the source of an urban legend—we even covered it on 10 Urban Legends About Sex That Turned Out To Be True.

It was reported in the American Journal of Forensic Medicine and Pathology in 1990, that an unnamed 29-year-old woman went to an abortion clinic because she had missed a few periods and she thought she was pregnant.[21] When being examined, the doctor found a 7 centimeter long and 3 centimeter wide piece of gray flesh inside her. It turns out the woman’s husband was a hunter who brought home a deer. The woman decided to detach the tongue and used it to, uh, pleasure herself. The tip broke off and lodged in her vagina where it stayed for several months. Lovely, huh?[22]

If you have the energy to go another round, check out Top 10 Bizarre Fetishes, and 10 Sex Myths We All Believe.