10 Times Contact Was Made With The Last Uncontacted Tribe

In 2018, John Allen Chau, 26, decided to do missionary work among the “uncontacted” people of North Sentinel Island in the Bay of Bengal. His decision was ill-advised. The islanders were known to be hostile to outsiders, and the Indian government had made contact illegal. Chau referred to the place as “Satan’s last stronghold.”

Nevertheless, Chau paid fishermen repeatedly to drop him off near the island. The inhabitants firmly repelled his first advance. On his second incursion, he even sang Christian hymns to the Sentinelese. After initial mixed reactions from the tribe, a boy shot an arrow into Chau’s bible. The missionary retreated again.

On Chau’s third attempt, the islanders killed him and buried his body in the sand.

The people of North Sentinel Island are often described as the “last uncontacted tribe.” In reality, they have been approached several times over the last 200 years, often with tragic consequences. 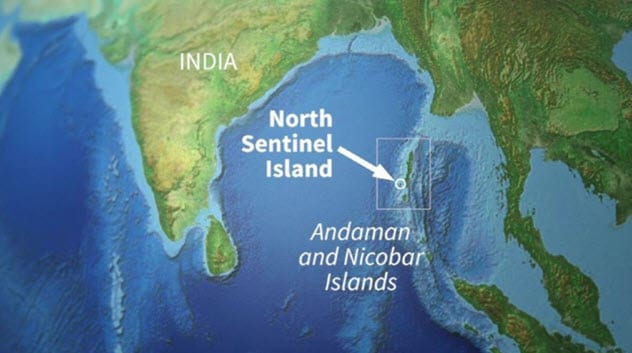 Signs of life were first observed on North Sentinel Island by a passing survey ship in 1771, but there is no record of anyone landing there until 1867. At that time, the Nineveh, an Indian merchant ship, was wrecked on a reef off North Sentinel Island. The 86 passengers and 20 crew members who made it through the dangerous reef and onto the shore must have been counting their blessings.

Although not for long.

For two days, the Sentinelese kept a wary eye on their uninvited guests. By the third day, the tribe seemed to feel that the survivors had overstayed their welcome. The Sentinelese attacked the visitors, who were stranded on the beach. The ship’s captain described the islanders as “perfectly naked, with short hair and red painted noses.” He also said that they were shooting iron-tipped arrows at their guests.[1]

Using sticks and stones, the Nineveh‘s passengers and crew held off the Sentinelese as long as they could. Eventually, the survivors were rescued by a Royal Navy ship. 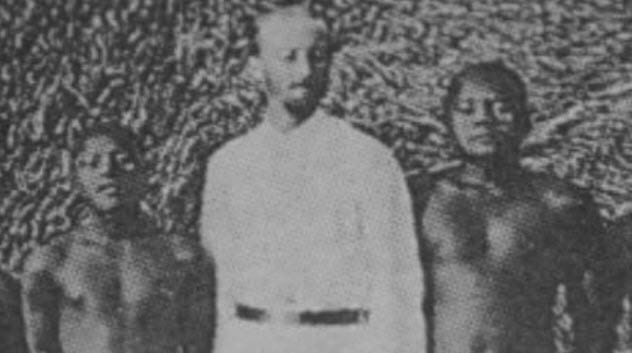 In 1879, the British government gave Maurice Portman, then 19, responsibility for the Andaman and Nicobar Islands, though the British Empire had no particular right to them. Typically, the largest islands were used as outposts of the empire. But the smaller ones, including North Sentinel Island, had little to offer in terms of minerals or other resources.

Despite this, Portman led an expedition to the island. When he and his troops arrived at the center of the settlement, he found huts. They had been recently abandoned by the inhabitants, who had fled inland at the troops’ approach. The strangers rifled through the islanders’ possessions and then went in pursuit.

After several days, the expedition came upon an elderly couple and four children who seemed to have lagged behind the rest of the tribe. The isolated islanders were captured and taken to Port Blair. Portman kept them in his house so that he could “study” them.

Unfortunately, the captives quickly began to get sick. In fact, the elderly couple died within days. It is thought that their isolation from the world has made the Sentinelese particularly vulnerable to disease.

Seeing that the children were also dying, Portman shipped them back to the island. He dropped them off on the beach, leaving the native people gifts of food, blankets, and deadly pathogens. It is not known whether any of the children survived or how many of the islanders also became sick as a result of Portman’s actions.

Later, he wrote, “This expedition was not a success. We cannot be said to have done anything more than increase their general terror of, and hostility to, all comers.”[2] 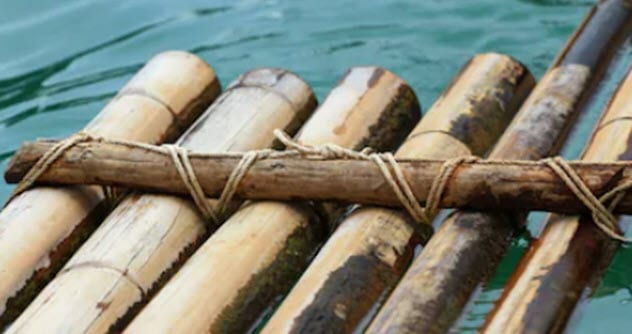 In 1896, a patrol searching for three escaped convicts from the penal colony on Great Andaman Island discovered a body on the shore of North Sentinel Island.

A landing party cautiously waded to the beach, where they found clothing belonging to all three convicts. It is believed that two of them may have drowned in the reef, with their clothes ripped from them after being caught on the coral. The third convict appeared to have made it to shore alive.

However, it wasn’t the sanctuary he had hoped to find. The remains of his bamboo raft were found floating in the water, and his body was “pierced in several places by arrows and with its throat cut.”[3] 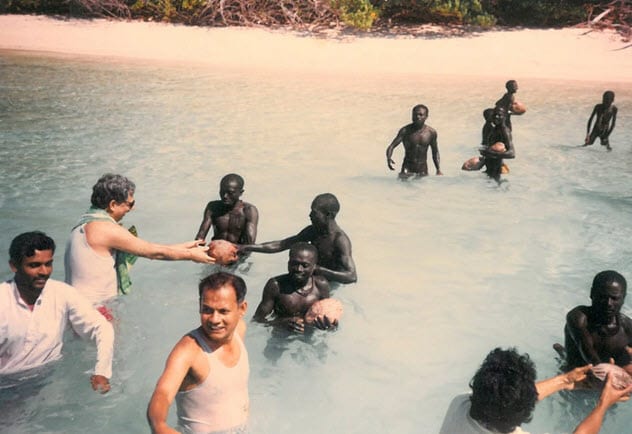 The Sentinelese were largely left alone until 1967 when anthropologist T.N. Pandit tried to make contact with the islanders. He made a number of visits over a period of around 20 to 25 years. At first, the native people retreated inland and hid. However, Pandit slowly gained the islanders’ trust by leaving gifts on the beach for them.

Coconuts, pots, and pans were appreciated. Candy and plastic toys were not. Neither was the pig that was left tethered on the beach.

When the anthropologists returned, they discovered that the animal’s throat had been cut and the body had been buried in the sand. After several years of receiving gifts, the islanders began to come out to meet the anthropologists’ boat and pick up the coconuts, which do not grow on the island.[4]

Despite the contact, the Sentinelese made it clear that visitors were not welcome on the island. Anyone who came too close was threatened with a knife or spear. 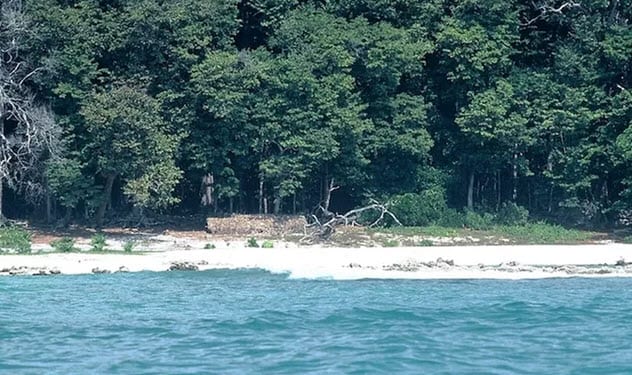 In 1970, a small survey party landed on the beach farthest from the natives and officially claimed the island for India.

The surveyors hastily erected a stone plaque commemorating the event before beating a retreat to their boat. So understated was the invasion that it is extremely unlikely that the Sentinelese were aware that they had just been conquered by India. In fact, they probably didn’t know what India was.[5]

However, the plaque was there, which is the main thing. 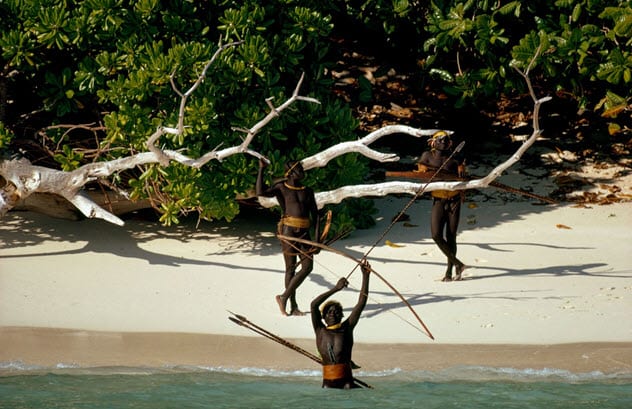 In 1974, a film crew from National Geographic made a documentary about the Andaman Islands. It was entitled Man in Search of Man. They were following the work of T.N. Pandit and his group of anthropologists, who were leaving gifts of coconuts on the beach.

The documentary makers had spent some time on the other islands and planned to stay three days at North Sentinel. They intended to leave gifts each day on the beach in hopes of building trust with the islanders.[6]

However, as the filmmakers’ boat crossed the reef, the Sentinelese emerged from the forests and shot arrows to deter the strangers from landing. The crew maneuvered to a safe place and left their gifts in the sand.

Then they waited, hoping that the reclusive residents would invite the visitors onto the beach.

The islanders did not.

Instead, they sent another volley of arrows, closer this time, and one of the arrows struck the film director in the thigh. The warrior who threw the arrow could be seen “laughing proudly.” Most of the gifts were rejected, although the coconuts, still a favorite, were carried back into the forest.

Though largely a failure, the expedition was successful in that the filmmakers took the first known picture of the islanders. From a distance.

4 The Former King Of Belgium 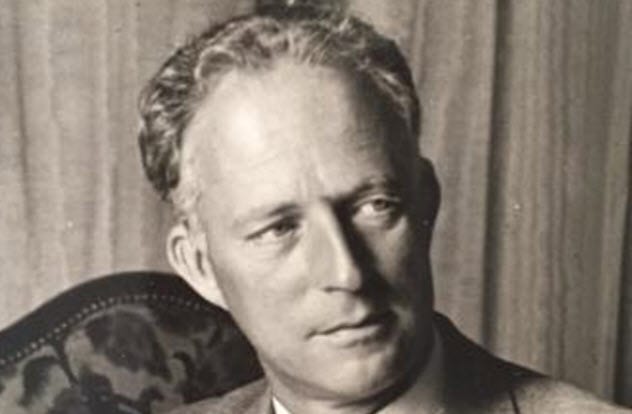 In 1975, Leopold III, the former king of Belgium, was said to be thrilled to have an encounter with the Sentinelese. However, he did it from the safety of a boat. Hosted on his cruise by local dignitaries, Leopold was visiting the Andaman Islands when the vessel sailed close to the shore of North Sentinel Island one night.

A young tribesman was keeping watch on the beach. When the strangers sailed close by, he stood and fired his bow and arrow to warn them away. Far from being afraid, the king was said to have expressed his “deep gratification” for the experience.[7] 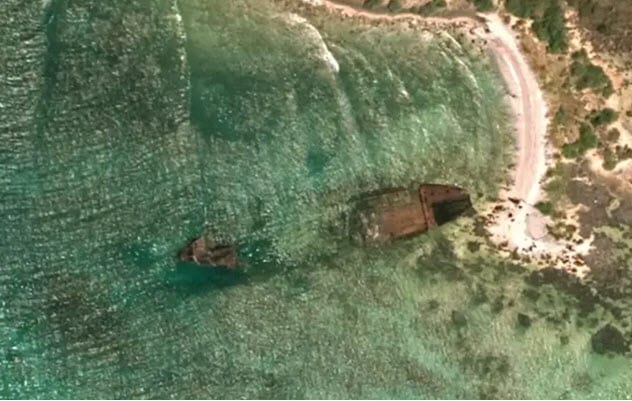 In 1981, a 16,000-ton freighter, MV Primrose, ran aground in a storm. The ship, with its 31 crew members, had been caught in the reef at midnight after having been tossed around in huge waves.

When the sun came up, the crew could see that dry land was only a few hundred yards away. Though the island looked idyllic, the sea was still too rough to lower the lifeboats. Luckily, the captain decided that he and his crew would remain on board and wait for help to arrive.

It wasn’t long before the crew noticed movement on the beach. People were emerging from the forest, and they were not looking friendly. They were waving spears and bows and arrows at the stricken boat.

In desperation, the captain sent a cable requesting weapons via airdrop to fight off “wild island people carrying spears and arrows.” The crew’s panic increased when the islanders climbed into their own wooden boats and looked as if they were going to board the freighter.

The ship’s captain sent another cable. “Worrying they will board us at sunset. All crew members’ lives not guaranteed.”[8]

Luckily for the crew of Primrose, the rough seas prevented the islanders from getting too close. The crew was forced to keep guard around the clock with whatever weapons they had on hand.

Several days later, the crew members were all lifted to safety by helicopter. The ship capsized off the reef. It is thought that the islanders later scavenged the ship and used some of its iron to make the deadly tips for their arrows. 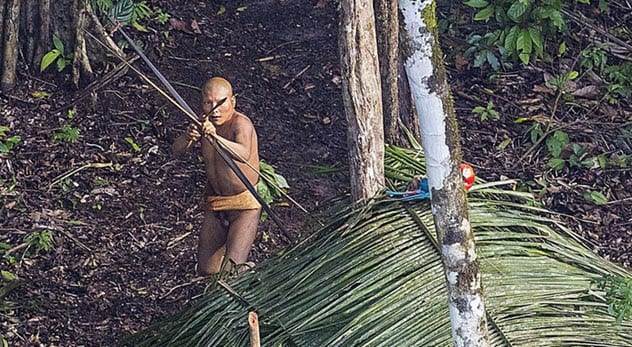 In 2004, a tsunami hit the Bay of Bengal. It was feared that the Sentinelese might have been wiped out for good. It had always been difficult to determine how many islanders existed. Estimates ranged from perhaps a few dozen to as many as 500 people.

Had the tsunami wiped out the last uncontacted tribe?

To find out, the Indian Coast Guard sent a helicopter to survey the region. As the helicopter flew low over the beach, a tribesman emerged from the forest, drew back his bow, and fired an arrow at the rescue helicopter.[9]

It has been suggested that the islanders fared better than many of their neighbors during the tsunami. The Sentinelese may have had unique knowledge of the movement of the wind and sea and may have moved inland well before the wave hit. 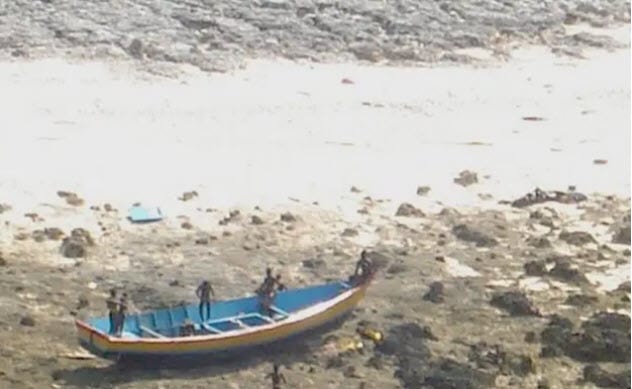 In 2006, two middle-aged Indian fishermen went crab fishing off North Sentinel Island. They were there at night because fishing in the protected waters was illegal. After they dropped anchor, they decided to fortify themselves against the cold night air with a little alcohol.

And then a little more.

Both fishermen are thought to have fallen asleep. It is also believed that their anchor, a rope tied around a rock, worked loose and they drifted toward the island. As the sun came up, nearby fishermen tried to warn the unsuspecting men that they were in danger. But they slept on.

When the boat did not return, their families raised the alarm. But it was too late. The two men had been attacked. The coast guard attempted a rescue, but they were met with a hail of arrows.

However, as the helicopter hovered over the beach, the downdraft from its rotor blades swept away the sand and uncovered the bodies of the fishermen buried in a shallow grave.[10]

The two corpses were left on North Sentinel Island as was the body of John Allen Chau. Indian authorities concluded that it was too dangerous to attempt to recover the remains. This was true for both the rescuers and the Sentinelese, who have made it clear that they just want to be left alone.

For more lists like this, check out 10 Forbidden Places Where Outsiders Are Arrested (Or Worse) and 10 Forbidden Destinations That You’re Not Allowed To Visit.

About The Author: Ward Hazell is a freelance writer and travel writer who is also currently studying for a PhD in English Literature.