There is still so little known about outer space by modern science, but of that little we do know, there are some extraordinarily amazing things. This is a list of the top 10 cool facts about Space.

SEE ALSO: 10 Weird Things That Could Exist In Space 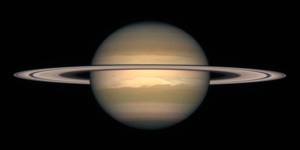 Fact: If you put Saturn in water it would float

Fact: We are moving through space at the rate of 530km a second

Our Galaxy – the Milky Way is spinning at a rate of 225 kilometers per second. In addition, the galaxy is traveling through space at the rate of 305 kilometers per second. This means that we are traveling at a total speed of 530 kilometers (330 miles) per second. That means that in one minute you are about 19 thousand kilometers away from where you were. Scientists do not all agree on the speed with which the Milky Way is traveling – estimates range from 130 – 1,000 km/s. It should be said that Einstein’s theory of relativity, the velocity of any object through space is not meaningful. 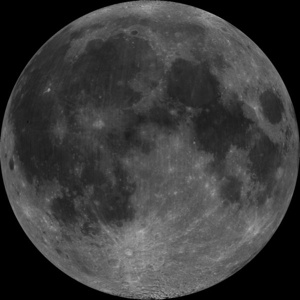 Fact: The moon is drifting away from Earth

Every year the moon moves about 3.8cm further away from the Earth. This is caused by tidal effects. Consequently, the earth is slowing in rotation by about 0.002 seconds per day per century. Scientists do not know how the moon was created, but the generally accepted theory suggests that a large Mars sized object hit the earth causing the Moon to splinter off. 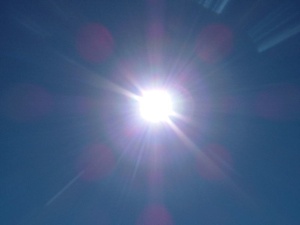 The energy in the sunlight we see today started out in the core of the Sun 30,000 years ago – it spent most of this time passing through the dense atoms that make the sun and just 8 minutes to reach us once it had left the Sun! The temperature at the core of the sun is 13,600,000 kelvins. All of the energy produced by fusion in the core must travel through many successive layers to the solar photosphere before it escapes into space as sunlight or kinetic energy of particles. 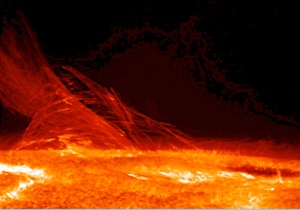 Fact: The Sun loses up to a billion kilograms a second due to solar winds

Solar winds are charged particles that are ejected from the upper surface of the sun due to the high temperature of the corona and the high kinetic energy particles gain through a process that is not well understood at this time. Also, did you know that 1 pinhead of the sun’s energy is enough to kill a person at a distance of 160 kilometers? [Sourced from Planet Science]

5 The Big Dipper is not a constellation 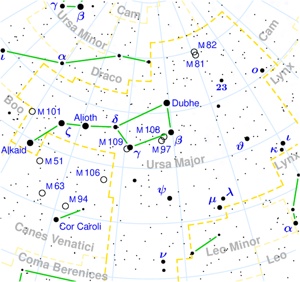 Fact: The Big Dipper is not a constellation, it is an asterism 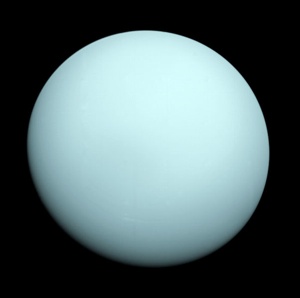 When Sir William Herschel discovered Uranus in 1781, he was given the honor of naming it. He chose to name it Georgium Sidus (George’s Star) after his new patron, King George III (Mad King George). This is what he said:

In the fabulous ages of ancient times the appellations of Mercury, Venus, Mars, Jupiter and Saturn were given to the Planets, as being the names of their principal heroes and divinities. In the present more philosophical era it would hardly be allowable to have recourse to the same method and call it Juno, Pallas, Apollo or Minerva, for a name to our new heavenly body. The first consideration of any particular event, or remarkable incident, seems to be its chronology: if in any future age it should be asked, when this last-found Planet was discovered? It would be a very satisfactory answer to say, ‘In the reign of King George the Third.’

Uranus was also the first planet to be discovered with the use of a telescope. 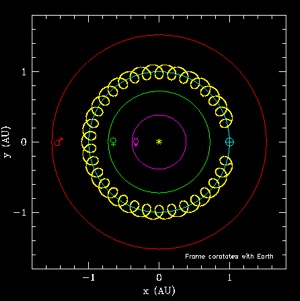 Fact: Earth has at least 4 moons

Okay – that is not actually true – but it is very close. In 1986, Duncan Waldron discovered a asteroid (5km across) that is in an elliptic orbit around the sun with a period of revolution virtually identical to that of Earth. For this reason the planetoid and earth appear to be following each other. The periodic planetoid is named Cruithne (pronounced krin-y?) after an ancient group of Scottish people (also known as the Picts). Because of its unusual relationship with Earth, it is sometimes referred to as Earth’s second moon. Cruithne, is fainter than Pluto and would require at least a 12.5 inch reflecting telescope to attempt to be seen. Since its discovery, at least three other similar asteroids have been discovered. These types of objects are also found in similar relationships to other planets in our Solar System. In the image above (courtesy of Paul Wiegert), the earth is the blue circle with a cross in it, and Cruithne’s orbit is shown in yellow.

Fact: Sunspot activity may be the primary reason for the beautiful sound of Stradivarius violins

Antonio Stradivari is considered to be the greatest violin maker ever. He lived in Italy in the 17th and 18th centuries. Scientists have been unable to work out what it is about his violins that makes them so incredible, but they do know that the timber used to make them is a very important contributing factor. From the 1500s to 1800s, the earth underwent a little ice age mostly due to increased volcanic activity and decreased solar activity (this is called the Maunder Minimum). As a result of this cooling, the types of trees that Stradivari used for his violins were particularly hard (due to slow growth). Hard timber is especially good when making violins. It is very probable that had Stradivari lived in a different age, his violins would not be prized as they are today. This picture above is made of three overlapping photos. It shows the rings in the spruce tree used to make the most famous Stradivarius violin, the “Messiah.” The first row of numbers gives the width of each ring in millimeters (one mm is about the thickness of a fingernail). The bottom row gives the years in which each ring grew. 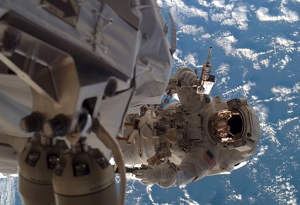 Fact: If two pieces of metal touch in space, they become permanently stuck together

This may sound unbelievable, but it is true. Two pieces of metal without any coating on them will form in to one piece in the vacuum of space. This doesn’t happen on earth because the atmosphere puts a layer of oxidized material between the surfaces. This might seem like it would be a big problem on the space station but as most tools used there have come from earth, they are already coated with material. In fact, the only evidence of this seen so far has been in experiments designed to provoke the reaction. This process is called cold welding. For those who still don’t believe it, here is the Wikipedia article on Cold Welding.