Comets go missing. Yes, we know that sounds weird. Comets are huge and have distinctive tails, so they tend to stand out. And it isn’t like they can be stolen by aliens, or something. Nevertheless, sometimes they just disappear.

Missing comets are a puzzle to astronomers. Most of the time, they suspect the comet broke apart or was flung out of our solar system when it got too close to a planet. Jupiter is very guilty of this. However, it’s not exactly easy to get a definitive answer. For all we know, the comet might even be around but could not be observed for certain reasons. Some comets have even disappeared, only to reappear and disappear again. 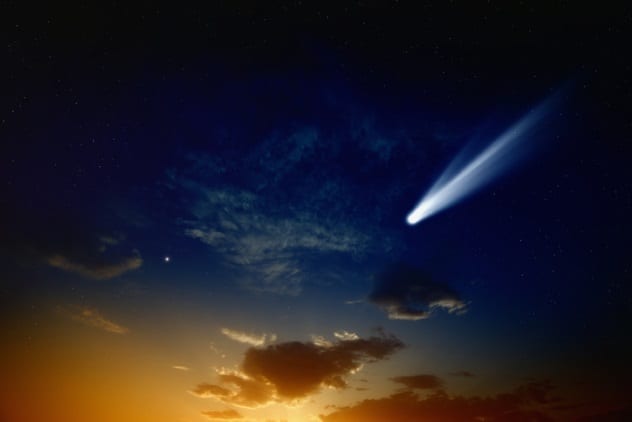 The Great Comet of 1264 appeared over the skies between July and October 1264. It was visible throughout the day but was most visible just before the Sun rose in the early mornings. It also arrived at a time when comets were viewed as bad omens.

At the time, people believed comets were sent by supernatural beings and could cause deaths, floods, and diseases. The superstition was reinforced when Pope Urban IV became ill around the time the comet first appeared. He died on October 3, 1264, the last day the comet was observed. People said the comet killed the pope.

A similarly bright comet mysteriously appeared in 1556 and was appropriately called the Great Comet of 1556. In 1778, astronomer Guy Pingre claimed the comets of 1264 and 1556 were the same one. He surmised that it returned every 292 years and predicted it would return again in 1848. The comet did not return.

If we were to go by Pingre’s calculations, the comet should return in 2140. However, there is no evidence that this will happen. This means this entry could contain two missing comets.[1] 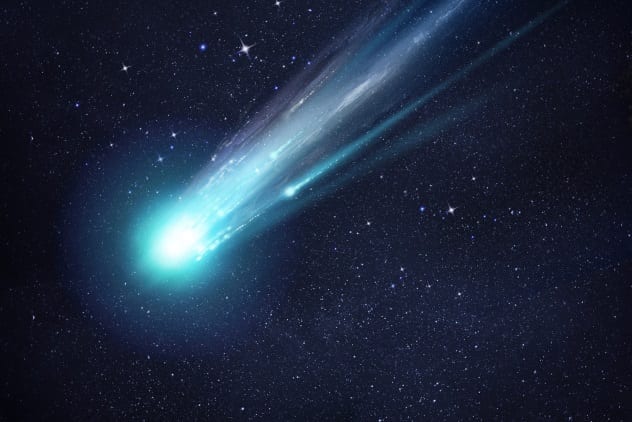 Biela’s Comet was discovered by Jacques Leibax Montaigne on March 8, 1772. It was rediscovered by Jean-Louis Pons in 1805 and Wilhelm von Biela in 1826. Pons did not realize the comet had been observed earlier, but Biela did when he determined it had the same orbit as the comets recorded by Montaigne and Pons.

Biela’s Comet returned in 1832, 1846, and 1852 before disappearing. It remains unclear whether it broke up or another celestial body altered its orbit. However, most astronomers believe it broke apart. Another known comet, Comet NEAT (207P/NEAT) was even suspected to be one of its fragments.

Author Mel Waskin claimed Biela’s Comet broke up. In his book, Mrs. O’Leary’s Comet: Cosmic Causes of the Great Chicago Fire, Waskin claimed Biela’s comet broke up into two smaller comets in 1845. Astronomers continued to track one piece, while the other later crashed into the Earth in 1871. He claimed the impact caused several fires, such as the Great Chicago Fire and the fires of Peshtigo, Wisconsin, and Manistee, Michigan, which all occurred on October 8, 1871.[2] 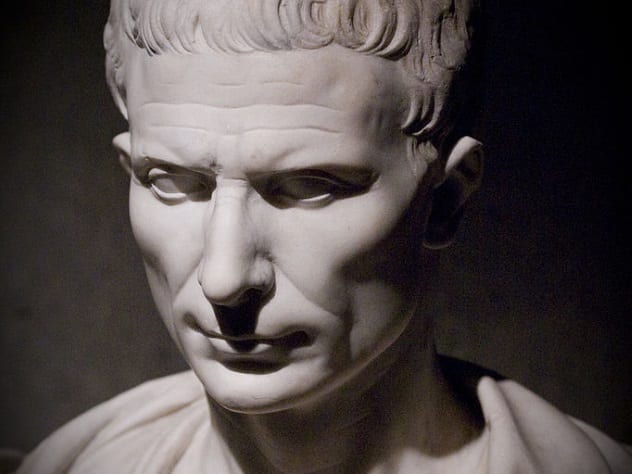 The mysterious Caesar’s Comet is possibly the brightest comet ever. It appeared in 44 BC and was widely observed and recorded before disappearing. The comet is named after the famous Roman general and statesman Julius Caesar, who was assassinated on March 15 the same year.

Caesar’s Comet appeared in July, four months after Caesar’s death. The Romans were holding the Ludi Victoriae Caesaris games in honor of Caesar at the time the comet appeared. It was very bright and clearly visible during the day. And it remained visible for seven days before disappearing.

People claimed the comet was the soul of Julius Caesar. These assertions were not surprising, since Caesar himself used to claim he was a god. His family also claimed to be descendants of Aeneus, who supposedly founded Rome, and Venus, a goddess.[3]

Nevertheless, 44 BC was the only time we ever saw Caesar’s Comet. It is suspected to be a nonperiodic comet, as in one that does not orbit the Sun. This means that it might never return again. Others think it could have broken into smaller parts. 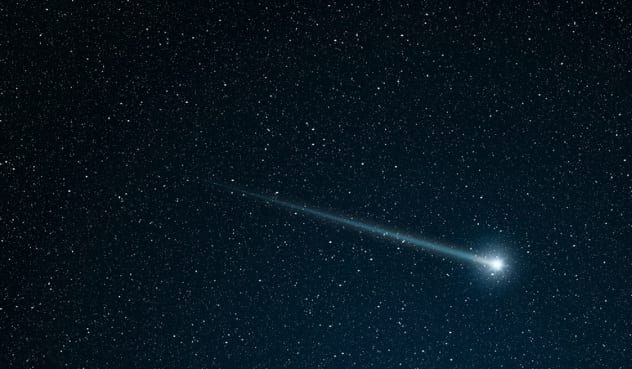 Brorsen’s Comet (aka 5D/Brorsen) was discovered by Theodor Brorsen on February 26, 1846. It remained visible until April 22, when it finally traveled too far to be observed. Johann Franz Encke claimed it returned every 3.44 years, but it was later agreed to be around 5.5 years.

Brorsen’s Comet was expected to return in September 1851, but it never did. However, it returned in March 1857, when it was rediscovered by Karl Christian Bruhns. Bruhns did not realize he had found the missing comet until it was established that his discovery was not a new comet but the previously lost Brorsen’s Comet.

The comet returned again in 1862 but was not observed. It showed up in 1868 and was spotted. Meanwhile, astronomers had already noticed that the comet always flew too close to Jupiter, which was altering its orbit. It was supposed to return in 1874 but appeared a year earlier because the gas giant shortened its orbit.

Brorsen’s Comet came back around in 1879, the last time it was ever seen. It was supposed to return in 1884, 1895, 1901, and other subsequent years but never did. Astronomers extensively searched for it in 1973, when it was expected to make another flyby. It was never found and remains missing.[4] 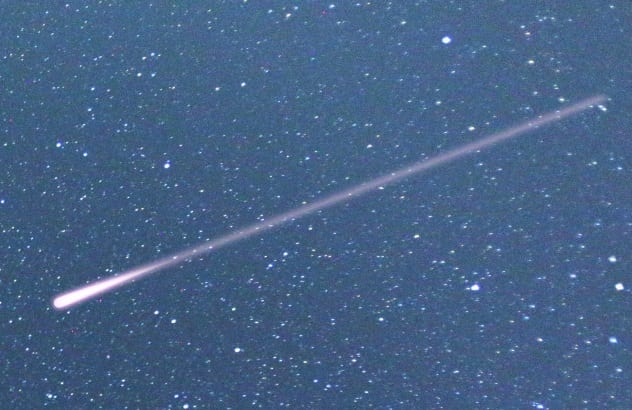 Comet Lexell was 2.2 million kilometers from the Earth at its closest, making it the nearest any comet has ever come to our planet. It appeared in 1770 and was first observed by Charles Messier. However, it got its name after Anders Johan Lexell calculated its orbit and determined that it ended somewhere around Jupiter. He said the comet would return every five and a half years.

Comet Lexell was expected to return in 1776, but it never did. Nor did it show up ever again. Urbain Le Verrier determined the comet’s orbit had been altered when it strayed too close to Jupiter. Jupiter either increased its orbit, which means it could return sometime in the future, or flung it away from our solar system.[5] 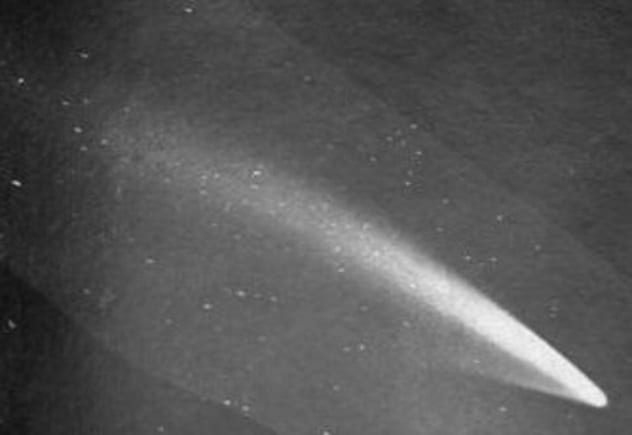 In January 1910, as anxious skygazers awaited the arrival of the famous Halley’s Comet, another one suddenly appeared in the sky. This comet, which was aptly called the Great Daylight Comet of 1910, was so bright that it was clearly visible in the daytime sky. It was five times brighter than Venus.

Some miners in South Africa were believed to have first spotted the comet on January 12. The comet soon appeared over the US, where smart entrepreneurs organized “comet-watching parties” to allow curious people observe it with a telescope. The comet remained visible until the first weeks of February and has not been seen ever since. 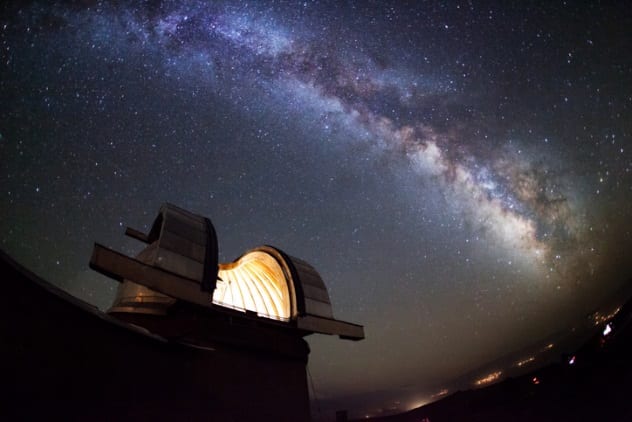 Comet Perrine-Mrkos was discovered by Charles Dillon Perrine on December 9, 1896. Perrine did not realize he had found a new comet. He thought it was part of the lost Biela’s Comet, which was believed to have broken up. He calculated that the comet would return in 1903, but it was not observed.

It was spotted again in 1909 but not seen afterward for some time. Comet Perrine-Mrkos was supposed to return in 1916, but its visibility would have been so poor that nobody bothered to look for it. It was expected to return again in 1922 and 1929 but was not seen in either year.

The comet was finally observed again on October 19, 1955, when it was spotted by Antonin Mrkos. Mrkos thought it was a new comet or part of the supposedly fragmented Biela’s Comet. However, Leland E. Cunningham deduced that it was neither a new comet nor part of Biela’s Comet. It was the lost comet earlier discovered by Perrine.

Astronomers noticed that the orbit of Comet Perrine-Mrkos had been altered at the time it was rediscovered by Mrkos. This was because it often traveled close to Jupiter, which we’ve already fingered for flinging comets out of our solar system. Nevertheless, the comet was visible in the sky until February 1956. 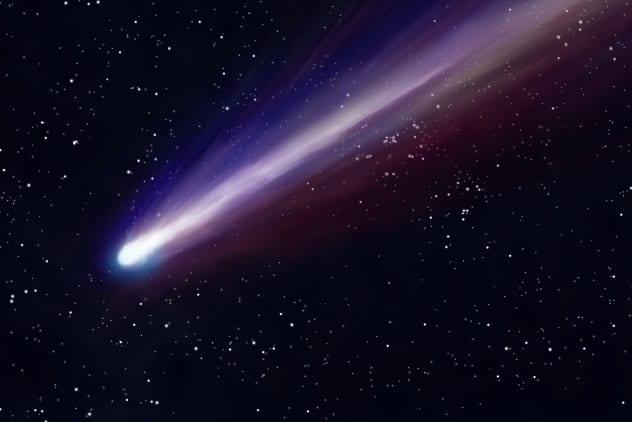 Comet Boethin was discovered by Reverend Leo Boethin on January 4, 1975. Astronomers calculated its orbit and determined that it would return in 11 years. Their calculations proved correct when the comet showed up in January 1986, 11 years later. It was observed by several astronomers until March 1.

Comet Boethin was expected to return again in April 1997, but it never did. If it did, it was not observed. However, astronomers finally agreed it was missing when it did not return in December 2008.

NASA was so sure that the comet was coming that at one point, they planned to send their Deep Impact spacecraft to intercept it. NASA launched the spacecraft in 2005 and left it orbiting the Sun, expecting the arrival of Comet Boethin, which never showed up. It is suspected to have broken apart.[8] 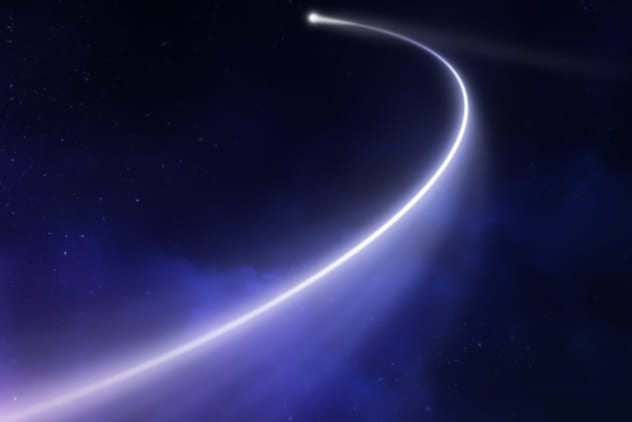 75D/Kohoutek was discovered by Lubos Kohoutek in February 1975. It is distinct from the more well-known Comet Kohoutek. Astronomers determined that 75D/Kohoutek would not have been visible from Earth if Jupiter had not altered its orbit on July 28, 1972. 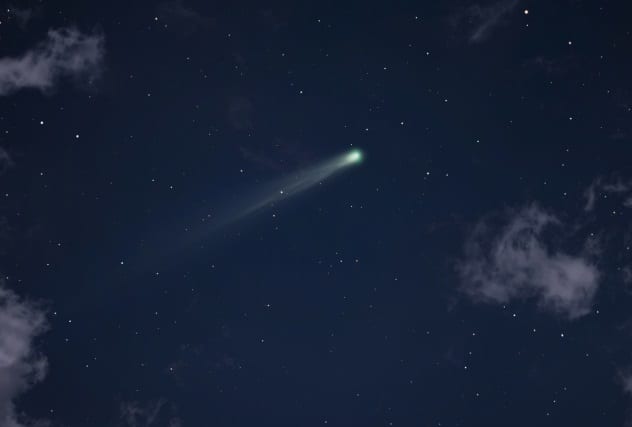 83D/Russell (formerly 83P/Russel) was discovered by Kenneth S. Russell on June 16, 1979, and remained visible until August 14. M.P. Candy calculated its orbit and determined it would return every 7.43 years. Daniel W.E. Green countered this when he calculated that the comet to return in 6.13 years.

Green was right. 83D/Russell returned again in April 1985 and was first observed by J. Gibson on April 9. It was seen until June 17. Afterward, the comet strayed too close to Jupiter. The gravitational force of the planet altered its orbit, increasing its perihelion distance from 1.61 to 2.18 astronomical units.

At the time, astronomers predicted the alteration could render the comet missing. In fact, that was also the last time the comet was seen. The comet was expected to return in 1991 and 1998, but the conditions did not favor its observation. 2006 was expected to have better conditions, but 83D/Russell wasn’t seen, so it’s missing.[10]

Read about more comets we’ve studied on 10 Amazing Things We Learned From The Comet We Conquered and Top 10 Facts Surrounding Comet Elenin.