For decades, the world of Hollywood has created many iconic spy scenes. From Hitchcock’s North by Northwest starring Cary Grant to Melissa McCarthy playing a shy woman of espionage in Spy, to James Bond served up in a myriad of ways, there are many examples of good vs. evil and secret moments of sleuthing on the big screen. Television is not to be outdone, serving up clever characters such as Macgyver, Natasha Fatale from “Rocky and Bullwinkle” fame, and Jim Phelps from the Mission Impossible series. But with all the creativity that went into creating the cinematic world of those spies, Mark Twain had it right when he said, “Truth is stranger than fiction.” In the history of real-life, young children, prostitutes, and even squirrels have all taken a turn in stealing secrets from the enemy. 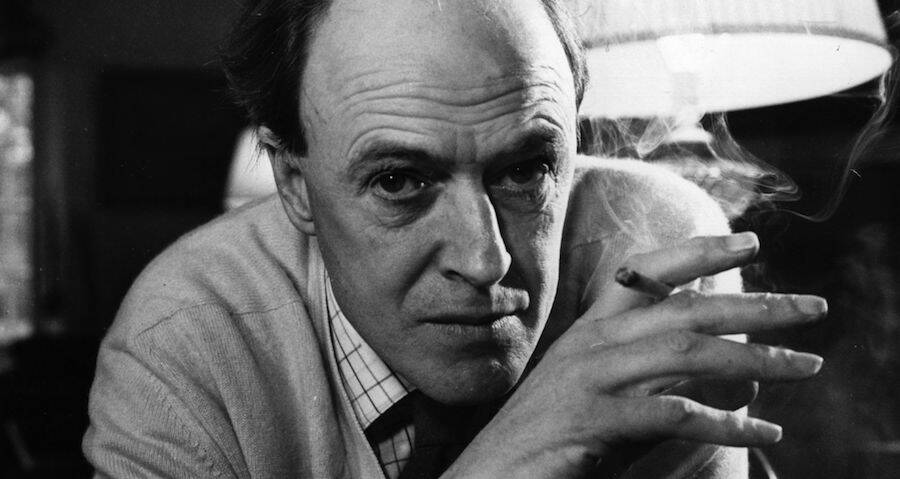 From a man famous for friendly giants, dysfunctional parents, flying peaches, and a chocolate factory oozing with delicious candy and naughty children, one would not expect to associate espionage. But Roald Dahl led a life of intrigue before he became a writer. His secret life began after he crashed as a fighter pilot in the Royal Air Force, and was injured and disallowed from further flight. He was then sent to American as a handsome wounded fighter pilot to try to gain its help for the British in World War II.

Dahl eventually turned his mission into finding secret information for his home country. Invited to many dinners and cocktail parties, Dahl shared the gossip and information he learned with the British Security Coordination. He was also very popular with the ladies and used his affairs and important friendships with people such as Vice President Henry Wallace and (then Senator) Harry Truman to glean information. He even spent a week with President Franklin Delano Roosevelt and subsequently served up some Intel to the BSC. After the war, Dahl returned to England and continued to write, and no one reading about Matilda and her terrible parents would be any the wiser![1] 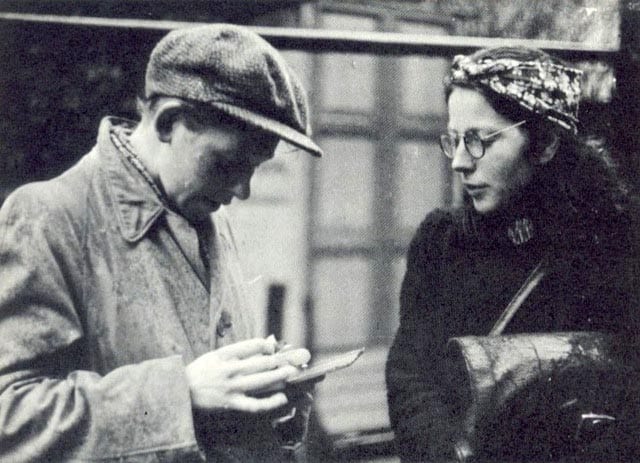 Although spies are often portrayed as handsome, middle-aged men, young women have had their fair share of espionage. Hannie Schaft and sisters Truus and Freddie Oversteegen, for example, were integral in the Dutch Resistance in World War II. They risked their own lives to save the Jews who were being imprisoned and killed by the Nazis. Together the trio unleashed many sly tricks to save lives. The sisters and their friend hid Jewish children, forged papers, bombed railways to keep the Germans from moving, and even lured men to their deaths and shot them in cold blood.

Countless lives were saved by their espionage heroics. Unfortunately, a mere three weeks before the war ended, Hannie Schaft was killed for her role in the espionage. The Oversteegen sisters, who were in their early teens when the war began, received the Dutch Mobilization War Cross in 2014.[2]

8 Are all spies are human? 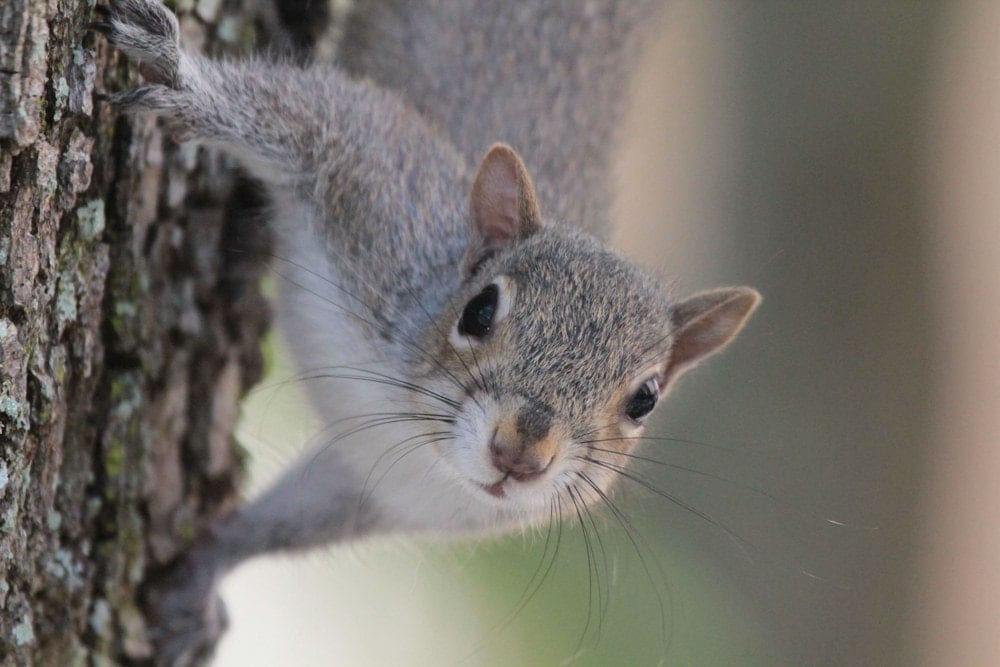 As far back as ancient Roman times, animals were used in espionage activities. The Romans trained pigeons through food and light deprivation to carry secret messages inside the city walls. The CIA has used animals in many maneuvers more recently, from dolphins involved in Cold War intelligence during the 1970s, to the use of bugs like ticks, mosquitoes and even bedbugs in the detection of people. CIA’s operatives were even able to train a cat, no small feat, and it was wired up and taught to differentiate between people’s voices.

More recently in 2007, there was a small team of squirrels caught outside a nuclear plant by the Iranian army, but the army could never really ascertain what exactly the squirrels were doing. So next time you see a furry creature, or even a bug, think twice about getting too close![3]

7 Trojan tree on the battlefield? 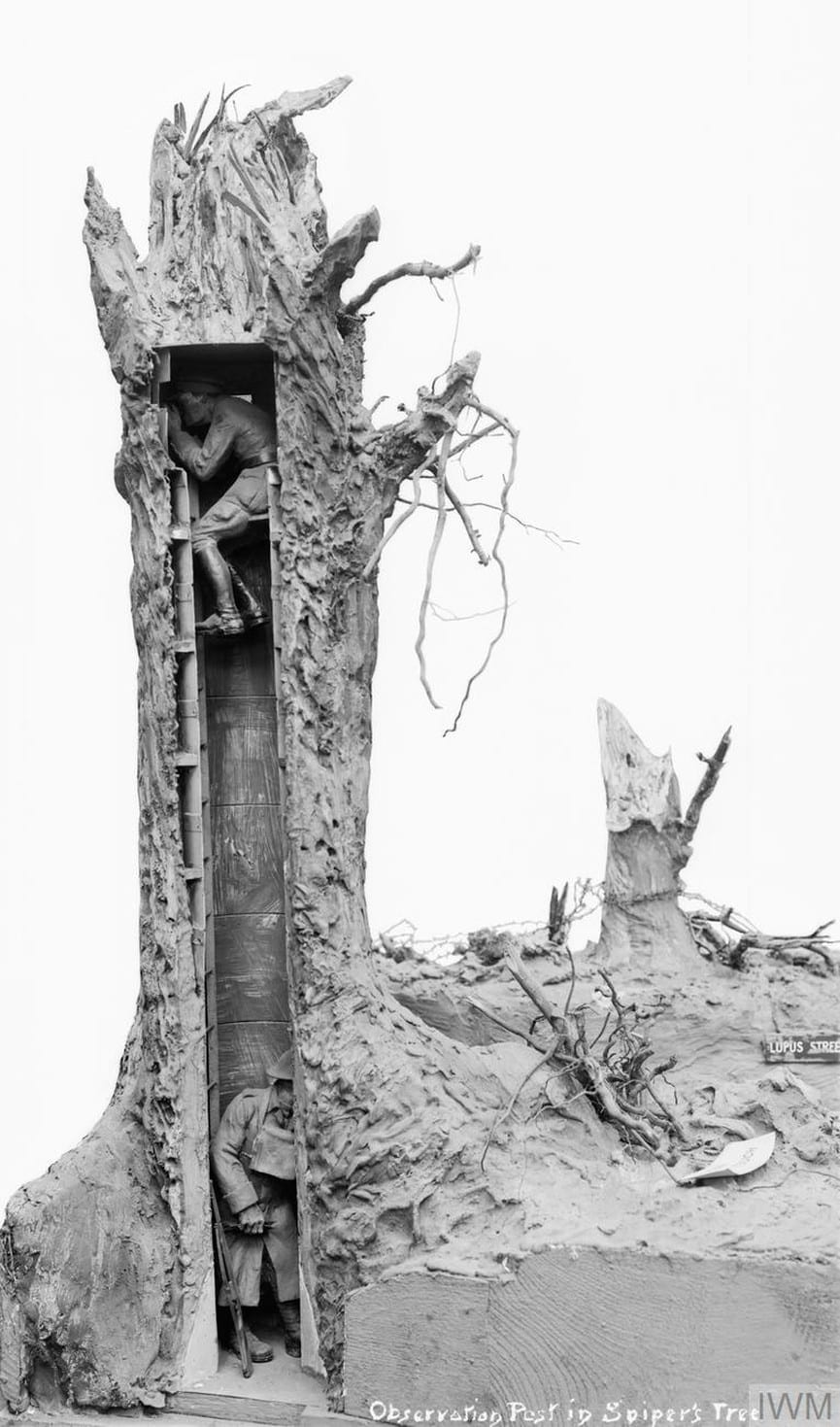 Nothing describes a top spy better than someone who sneaks behind enemy lines and infiltrates the enemy by surprise. Over 3,000 years ago, the clever Greeks snuck Odysseus and his men into the city of Troy inside a hollow horse. When they snuck out late at night they assured themselves a victory, and Odysseus became a celebrated hero. During the early 1900s, the term Trojan Horse was borrowed to describe any computer code that at first glance appears legit, but when launched will disrupt a system or steal information.

But in World War I, the Germans took this idea a step further by creating a “Trojan tree” to spy on the enemy during trench warfare. With the help of an army artist, an exact replica of an actual tree on the battlefield was first rendered and then created with a bulletproof steel core. In the dark of night, soldiers would cut down the tree and haul it away, leaving the hollow replica in its place. Soldiers would climb a narrow rope ladder and use a periscope in a hole of the bark to relay information about what they could see on the enemy battlefield down to their own troops below. This World War I intel gave the soldiers an edge in the very difficult trench warfare they faced.[4] 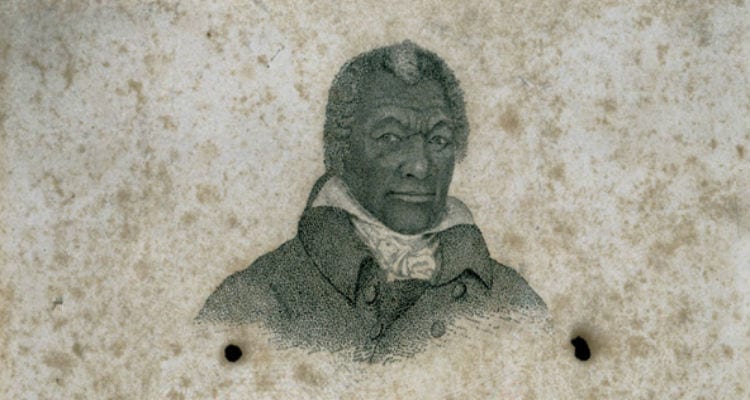 Through the magic of Disney Plus and Lin-Manual Miranda, more people than ever before know the story of Hamilton and the early machinations of American democracy. What they might not know is the story of James Armistead, a slave turned double agent who was instrumental in the Battle of Yorktown in 1781, the decisive battle of the American Revolution.

During this battle, Marquiss Lafayette’s led his troops to victory over the British army, led by Charles Cornwallis. By playing the role of a dutiful servant to Cornwallis, Armistead was able to ascertain that Cornwallis planned to move his troops from Portsmouth to Yorktown, which allowed the French fleet to cut off any escape for the British. Armistead was able to feed false information to the British, and this ensured the American victory when Cornwallis surrendered at Yorktown in October 1781. Because of his espionage work in the war, James Armistead Lafayette was later freed and even became a landowner.[5] 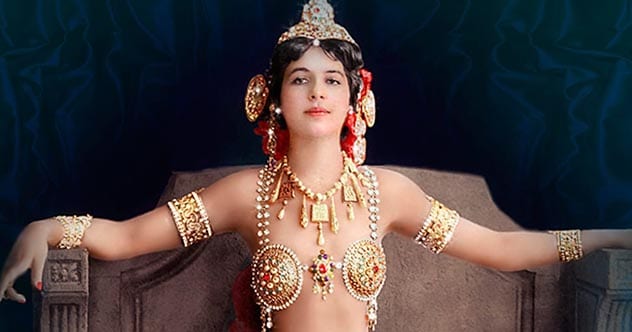 Unlike the Hollywood version of handsome, clever men stealing secrets and changing history, Margaretha Zelle used her feminine skills to pass information to the Germans in World War I. After a tumultuous early life of marriage, domestic violence, divorce, and the loss of her children, Margaretha Zelle moved to Paris and reinvented herself as an exotic dancer named Mati Hara. Her striptease routine led her to many affairs, and when her dancing career dried up, she turned to intimate moments with men to fuel her life of espionage. She found a plethora of lovers to bankroll her lifestyle and supply her with valuable secret trade information.

Traveling through Europe, Zelle was eventually arrested and sent to Saint Lazare Prison in Paris. Although evidence was lacking and historians still debate her guilt, Mati Hara was executed by firing squad in 1917. True to her life of flirtation, as the 12 men raised their rifles in her direction, she supposedly blew a kiss to them before her death.[6] 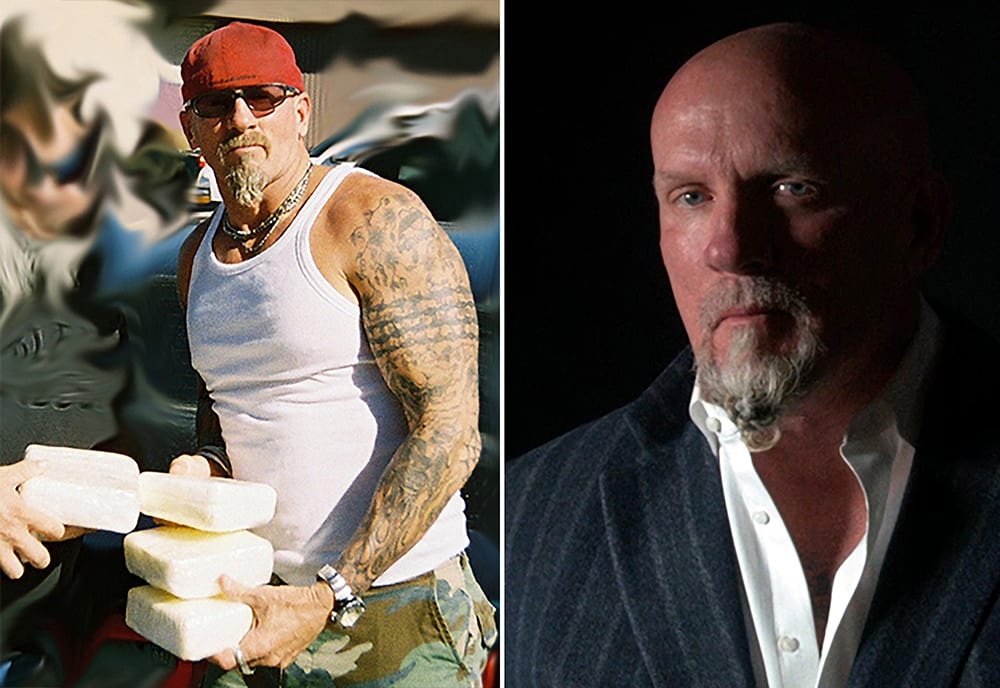 There is much folklore surrounding spies and tattoos, that secret messages are passed via codes laced inside the body ink. American groups such as the CIA and FBI are said to avoid hiring employees with tattoos because they would be too easily traced. The CIA, however, asserts that is just a myth and that they hire a wide variety of informants, even those with tattoos. And sometimes the tattoos come in handy.

Football standout Jay Dobyns, for instance, spent much of his career as an undercover agent at the United States Bureau of Alcohol, Tobacco, Firearms, and Explosives, where he was able to infiltrate Hell’s Angels because of his tattooed look.[7] 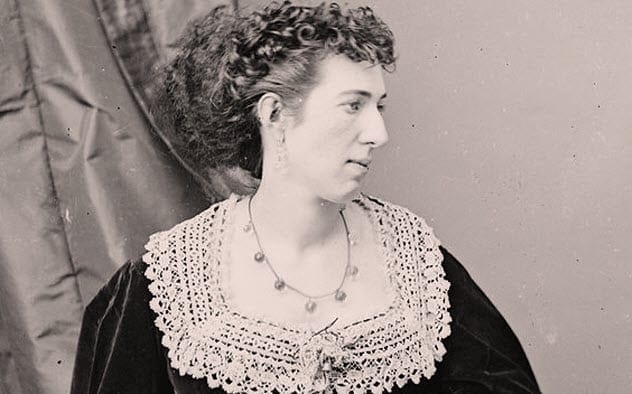 Born into a family with Southern ties whose father was in the Stonewall Brigade, Belle Boyd was 17 years old when she shot a drunk Union soldier who insulted her and her mother. Known as La Belle Rebelle, she used her spunk and courier services to glean important information, and because of her youth and beauty, was able to transport important information and supplies to the Southern troops. Though she was arrested 6 or 7 times, she was only imprisoned in 1862. Just before this arrest, one of her most notable achievements of espionage was to help Stonewall Jackson re-capture the important city of Front Royal.

Later, on her way to England with Confederate secrets, she fell in love with a Union soldier who captured her; she married him and had a daughter with him. After her stint as a Confederate spy, she became an actress, a role she had been preparing for all of her life. For all of her passionate intrigue, she died of a heart attack and in poverty, during a performance in Wisconsin.[8]

2 Bible spies with a side of prostitution? 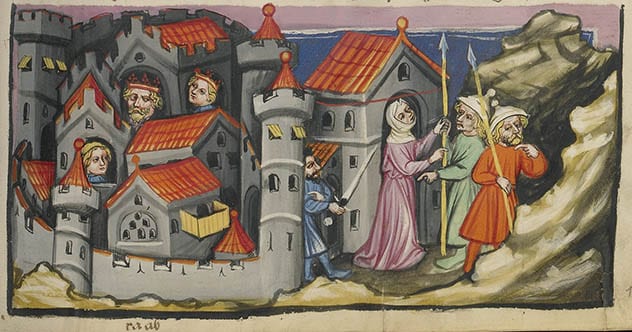 One of the first documented spy stories comes from the book of Joshua in the Bible. Before the Israelites invaded the Canaanites and tried to annihilate Jericho, they sent a pair of scouts to access the situation and figure out the best way to defeat the city of Jericho. These men stayed in an inn, supposedly a brothel, which was a great decoy because men were always stopping by and staying there. Rahab, the innkeeper and alleged prostitute, welcomed the men.

When the king sent his men to capture the two spies, Rahab covered them in flax to hide them and refused to turn them over to the hands of the king. Because of her secret help for the spies, her family was spared when Jericho was attacked. Though she betrayed her homeland and king, she saved her own skin and that of her family.[9] 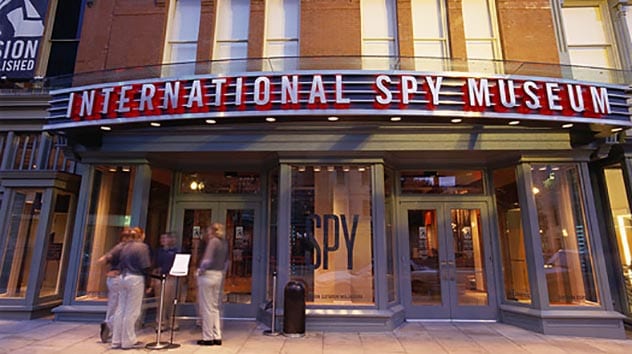 Since July 2002, the Spy Museum in Washington, D.C. has been welcoming visitors to learn the history of stealing secrets and cracking codes throughout the world. Visitors can also try their hand at cracking their own codes and visit the Debriefing Center at the end of the tour to see how they fared. From the war with Great Britain to more modern cyber crimes, the museum teaches visitors about some of the most famous spies and their stories.

They even have an entire section dedicated to famous failures. The artifacts room is the largest collection of international spy regalia in the world, including many items never before seen. Highlights include a lipstick pistol, a pigeon camera, hollow coins, a tobacco pipe pistol, and even a scrotum concealment device! Operation Secret Sleepover and the Covert Couch Challenge are several of the many activities students can enjoy through this museum, and entire families can learn about and enjoy the secret world of spies.[10]

About The Author: Anne Taylor is a freelance writer. When she’s not sharing spy stories, she loves to talk about all things Disney and Universal Studios, and her helpful articles can be found on tayloredtripsblog.com. You can also find her on Instagram at @tayloredtripsblog.