Many people who lived during the nearly two decades following the first Unabomber attack in 1978 will tell you about the growing anxiety which struck America at its core back then. On May 25, 1978, Buckley Crist, professor of materials engineering at Northwestern University, received an odd package in the mail.

As soon as he opened it, he became permanently injured by the explosive contents. He had been sent a letter bomb by someone who was trying to kill him. But why and from whom? The subsequent investigation tried to answer those questions.

While the FBI attempted to catch this criminal, they dubbed him the “Unabomber.” Eventually, they discovered the Unabomber living in a small cabin where he crafted his bombs and wrote various journal entries describing his work. His name was Theodore Kaczynski.

Here are 10 interesting facts about the Unabomber. 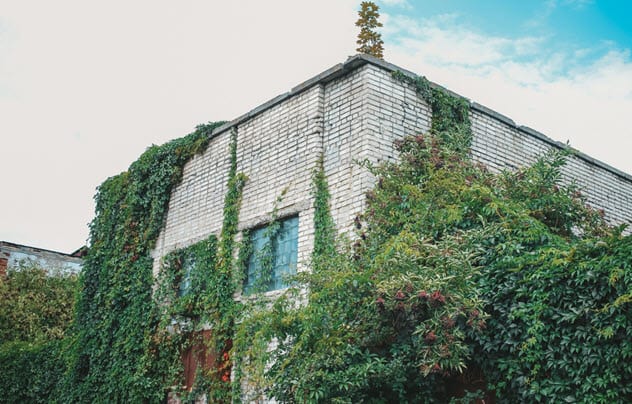 In September 1995, a mysterious letter was mailed to The Washington Post. It contained a 35,000-word manifesto describing Kaczynski’s grievances with society and theorizing that the industrial revolution was the root cause of them all. He characterized our fast-paced culture as a type of increasingly automated lifestyle in which we face far fewer challenges than previous generations.[1]

To Kaczynski, this is a dystopian system in which we become increasingly lazy and lose the capability to truly experience life at its purest. Tasks which would have been a nightmare 50 years ago are now made simple through technology. As such, we have become less capable of dealing with instances where the solution lies in genuine effort on our part.

He theorized that this leads to complete dissatisfaction with life and the inability to truly have experiences. With our brains neurologically wired for picking berries from trees and surviving predators, it’s hard to claim that this isn’t a well-thought-out argument. Criticisms of the manifesto include the impossibility of defining the threshold at which we should dial back our technological advancements as well as the idea that comfort outweighs nature as a source of happiness for many.

9 The Unabomber Was Caught By His Own Brother 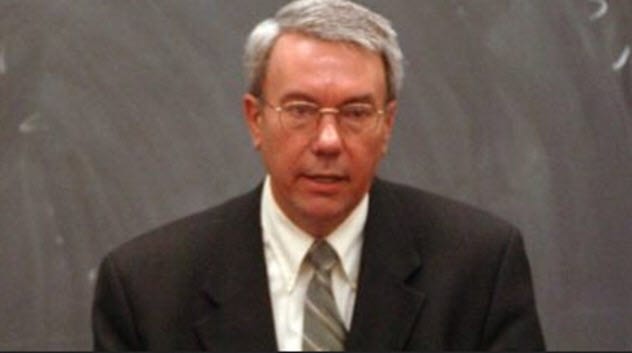 David Kaczynski was Ted’s younger brother. As the two grew up together, David looked up to his older brother for his genius mind and saw him as an inspiration. Eventually, Ted graduated early from high school and began attending Harvard at age 16 in 1958.

For a while, the brothers had less contact, although they reunited after Ted finished college. However, Ted had begun to display much different, antisocial behavior. Due to a conflict with a coworker, David even had to fire Ted from a job in 1978. Soon after, Ted phased out of his family’s life for the most part.

Still, at one point, Ted sent a 23-page essay to David that detailed Ted’s desire to withdraw from industrial society. This became a key piece of evidence after the manifesto was released because the views expressed in both works shared almost identical ideas in a similar style.

In an interview on Investigation Discovery, David recalled the pain he went through when he knew he needed to turn in his brother to the authorities.[2]

8 The Unabomber Was A Social Outcast In His School Days 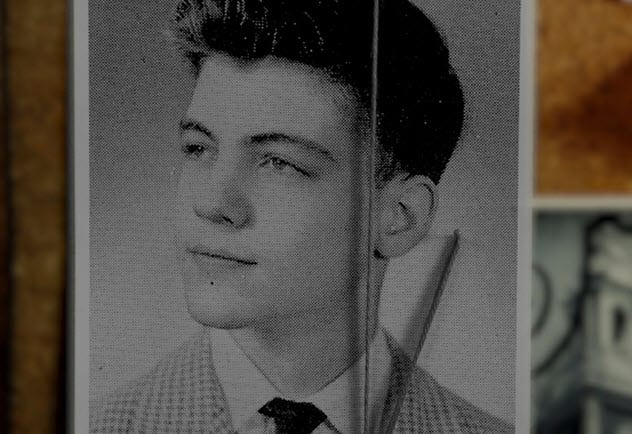 As he had skipped grades throughout school, Ted was quite awkward around his classmates. He was in unfamiliar territory without peers his own age. Instead, he was constantly bullied by his much older classmates.[3]

However, he felt comfortable around one group of students, his fellow outcasts who were stereotypical “nerds.” This group of friends was genuinely fascinated by learning, and some of them had weird hobbies. Surprisingly enough, Ted was a bit of an oddball even around them.

7 The Unabomber Was Forced Into Psychological Experiments 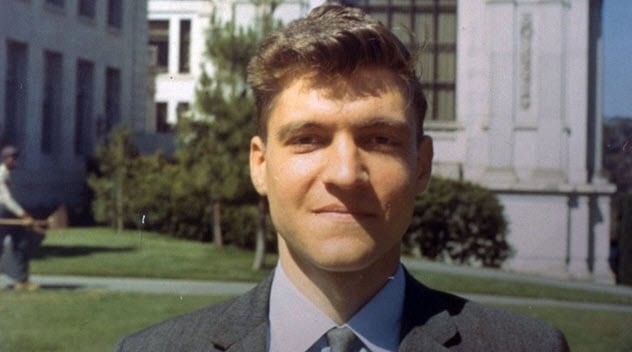 One year after the teenage Ted entered Harvard, he was recruited to take part in a tormenting, three-year-long psychological experiment, which he later described as the worst experience of his life. The study was conducted by Henry Murray, who wanted to analyze the effects of stress on the human psyche.

Those who participated were told to write about their worldviews and personal philosophies. But it was a setup to berate the students and study their reactions for research about Cold War interrogation tactics. Many say that this played a large part in turning the young genius into the Unabomber, but this remains a subject of debate.[4] 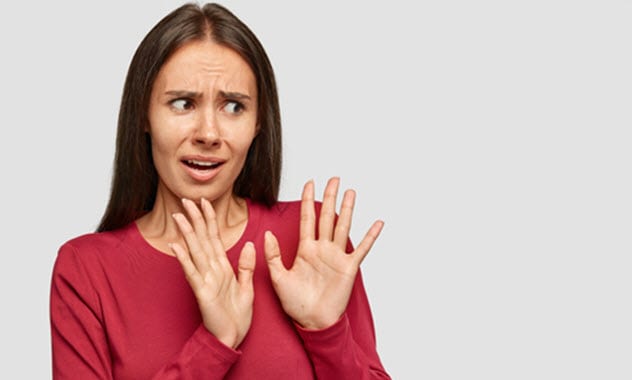 As we discussed earlier, Ted Kaczynski struggled with social interactions throughout his teenage years. However, possibly as a result of the psychological experiments, his social life only became worse as he aged.

He once tried to date a female supervisor, who turned him down. He reacted by writing offensive limericks and was fired by his own brother as a result.[5]

Even his way of life until his arrest was one of intense isolation from the rest of society. His cabin was barely large enough to house him. Occasionally, his neighbors would see him ride his old bicycle into town for supplies or visits to the library. They later described him as quite alone. 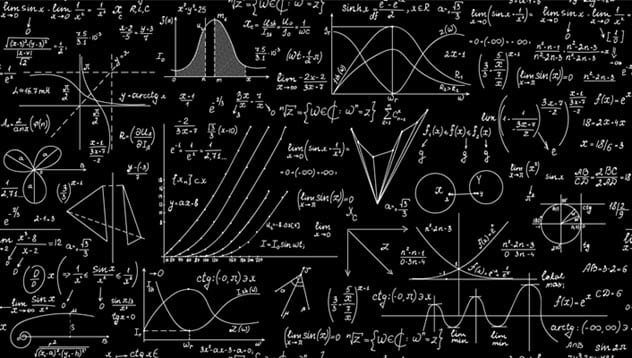 While in college, Kaczynski amazed teachers and students alike with his incredible math skills. One former teacher describes him as “a very serious student.” Even in his thesis, Kaczynski went into an enormous amount of detail, far beyond what was necessary.[6]

After college, Kaczynski taught math at the University of California at Berkeley. However, he grew to dislike his position as a math professor and quit his job. Afterward, he began to resent modern society and descended over time into the Unabomber we know today. 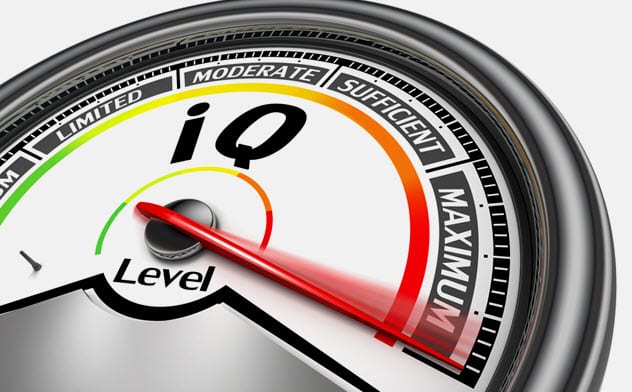 This makes him one of the smartest serial killers in history. In one study, he was ranked as the second smartest—right behind Nathan Leopold, who had an IQ of 210 despite his terribly executed criminal plan.[7]

As one would expect, this high IQ is a massive anomaly among most criminals. Despite what the movies portray, most criminals are actually not that intelligent.

3 The Unabomber Still Interacts With The Public From Prison 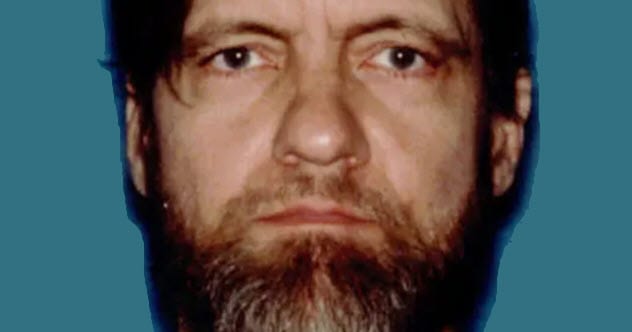 This comes as a scary thought at first, but don’t worry. It’s not as bad as you think. When sentenced for his crimes, Kaczynski was permitted to have pen pals in ADX Florence, a maximum security prison in Florence, Colorado.

He uses this privilege well by contacting thousands of people on the outside. Kaczynski even has the occasional interview with the media.[8]

This is an ironic change in behavior for someone who spent years isolating himself from human contact. However, it’s not unlike a person who wants to engage in advocacy for his ideas.

Many debate whether Kaczynski is entitled to this privilege. The opposition cites the potential for dangerous political advocacy while his supporters claim that free speech is especially important for those with ideas to spread—even people like Kaczynski.

2 The Unabomber’s Ideas Are Gaining Popularity 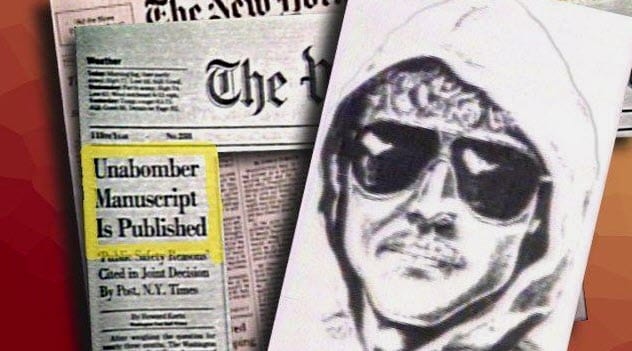 How successful is Ted Kaczynski’s attempt to spread his message? Well, if you’ve read the entry title, you know the answer. The Unabomber’s ideas began gaining popularity as far back as the early 2010s when John Jacobi read the Unabomber Manifesto and later became involved with a group of eco-anarchists.[9]

More recently, the remote serial killer has retrieved the spotlight with the evolution of Internet humor. Particularly from the politically involved, unusual niche beliefs have joined the subjects commonly joked about online.

One of these ideologies is “anarcho-primitivism,” which advocates for preindustrial society and is commonly associated with the Unabomber. Thus, as this new genre of Internet memes is popularized, people will be introduced to anarcho-primitivism as well as Kaczynski’s works.

The weirdest thing about this phenomenon is that it’s completely unintentional on Kaczynski’s part. If you want to confirm the rise in popularity for yourself, just search “anarcho primitivism” in Google Trends!

1 Some Of The Unabomber’s Theories Are Proven True 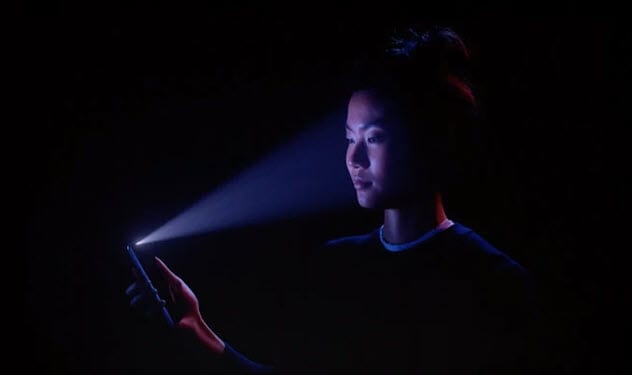 Although Kaczynski’s actions were blatantly inexcusable, some of the talking points in his manifesto aren’t easy to dispute. His overall philosophy is still a subject of debate, but it’s been proven that people do tend to become dependent on technology.

One example is the iPhone X from 2017. Alongside its numerous features, it also has the concerning ability to do facial recognition. Face ID makes a detailed 3D map of your face that allows your phone to be unlocked or make payments if it recognizes you. Many argue that this is Orwellian in nature.

As a result, many are becoming concerned about the growth of technology and how it stealthily conquers our lives at the expense of our privacy. This was a large talking point in the Unabomber Manifesto.[10]

About The Author: I’ve always been interested in more “dark” topics, which is what I like to write about.