They welcome us into life, tweak our health and wear authoritative white jackets. While doctors are behind most medical studies, they sometimes become the subject. Recently, researchers have found that physicians’ DNA undergoes scary changes and that salesmen influence their decisions way too much. Things can also get weird in the operation room, with fires breaking out on patients while others laugh their way through brain surgery. 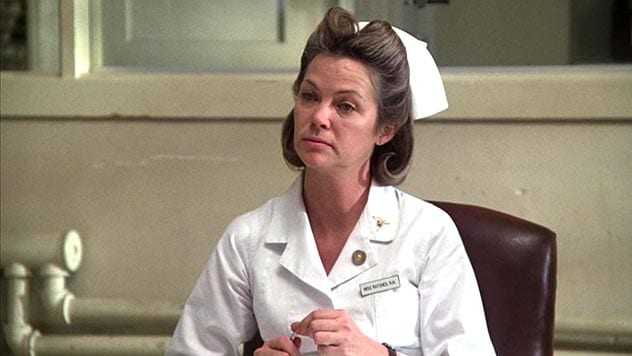 Every year, thousands of people pick up infections in hospitals. Ironically, it is the caring hands of the medical staff that transmit bugs between wards. Since this can cost lives, New South Wales launched a year-long campaign to educate workers at public hospitals. After the initiative ended in 2007, the University of New South Wales (UNSW) and the NSW Clinical Excellence Commission wanted to know if anybody ever took it seriously.

Using four studies, they compared the number of staff who cleaned their hands after visiting a patient. There was an improvement, but low numbers still showed up. Doctors who practiced better hygiene rose from 26 percent to 38 percent. Nurses improved from 54 percent to 65 percent. The doctors even lost to allied health workers who went from 40 to 48 percent.[1] 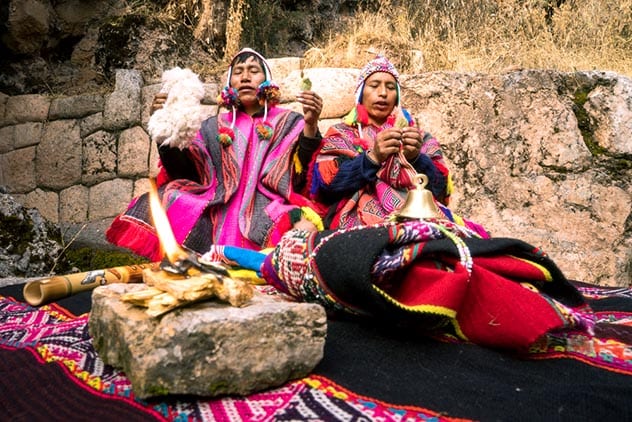 Brain surgery is ancient. The Inca culture excelled in trepanation, a cranial operation that cuts holes in the skulls of living patients. In 2018, a study examined 800 Inca skulls and found that the craft started out rough but refined over the centuries. By 1500 A.D., up to 83 percent of Inca skulls had signs of healing. More impressive was that their survival rate outstripped 19th-century soldiers who faced head surgery during the American Civil War. Nearly half of them died.

Experts are unsure why the Inca performed brain surgery, but it could not have been similar to the chaotic, understaffed field hospitals that undoubtedly contributed to the war’s casualties. However, Inca physicians grasped the concept of infection and dealt with it effectively. How exactly they did that or what was used as anesthesia remains unknown. Civil War operations, by comparison, was an infection festival. Doctors did not sterilize their equipment or hands before digging inside wounds for shrapnel.[2] 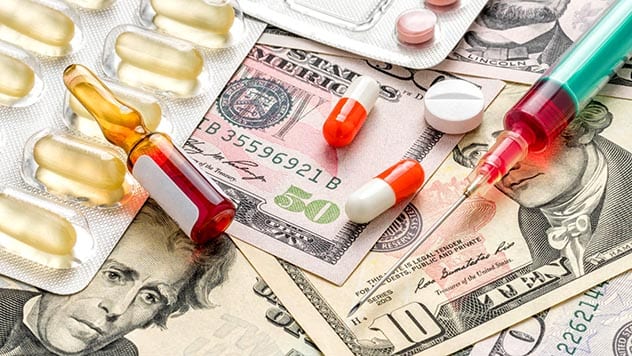 A controversial aspect of the medical world is pharmaceutical promotion. When does it cross the line between making real solutions available to doctors and patients and treating both like a business where sales and profits overshadow ethical medical practices. In 2010, researchers from nine institutions scoured all the available literature on the topic. It was an exhaustive effort, but the study provided an answer.

The pharmaceutical promotion was not a good thing. The doctors who allowed it prescribed more medication and produced a poorer prescribing quality than those who did not. The review advised medical professionals to avoid these sales techniques and instead look up information from sources with no links to pharmaceutical companies. Considering that drug promotions rake in billions for those companies, they might refuse the review’s suggestion that an independent organization should take over their finances and promotions.[3]

7They’re Not as Intelligent as You Think 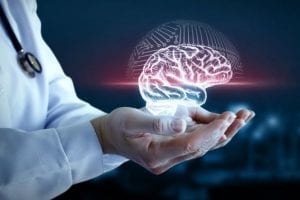 Given the path it takes to become a doctor, most people assume doctors are highly intelligent. Their journey to MD status begins as they compete as a pre-med student in college in an often cutthroat environment. It continues when they score well on the MCAT, pass through medical school and take the boards, and then go through 3-7 years of residency before becoming board-certified and practicing as an attending physician. However daunting that sounds, it doesn’t really take a lot of intelligence to get through it.

As they say, learning in medical school is like drinking from a fire hydrant. The information isn’t particularly challenging, but rather, it’s the quantity and rate at which the student must learn. And this has less to do with intelligence and more with work ethic. They must be willing to put in the time with repetition, repetition, and more repetition through the form of Anki cards and other active learning methods.[4]

Getting into certain competitive specialties may favor those who are better at taking tests, productive in research, and liked by their preceptors. But that doesn’t necessarily make them more intelligent. Remember that the person who graduates last from medical school is still called Doctor! 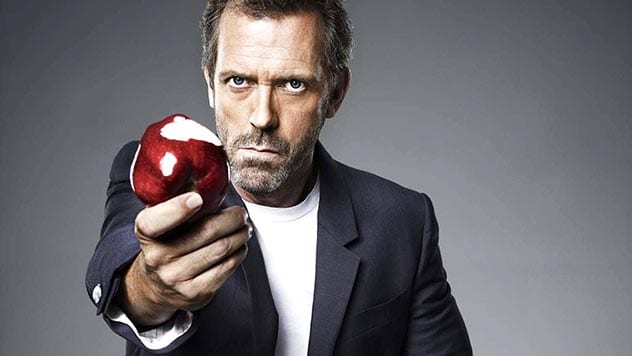 In 2012, Doctor Lucian Leape published his research, and it was a welcome admission for many patients. He believed that too many of his fellow doctors were mean. He found that many people hate going to the hospital, not just because they are ill or injured, but because they have had a past experience where doctors devalued them. Leape’s studies showed the panoramic way physicians misbehaved around others. It ranged from nuclear emotional outbursts, cussing, and bullying staff to showing little interest due to apathy or burnout. The most common problem was dismissive treatment, belittling, or ignoring patients.

Leape found that too many people leave the emergency room feeling like doctors treat them like idiots, another file, or a problem. Anything except for a human being. Apparently, medical school instills a sense of entitlement because doctors hold a special place in society. In a sense, that is true. However, Leape and many patients feel that some doctors let this go to their heads.[5] 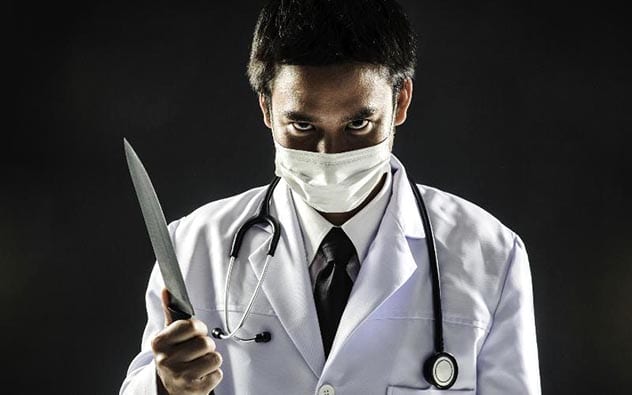 The Netherlands has allowed doctors to euthanize patients since 2002. The act is legal when an individual’s suffering becomes unmanageable, and consent is irrefutable. Recently, a Dutch doctor was dragged to court for the first euthanasia to turn into a criminal case. The prosecution felt that the patient could not give proper consent. The 74-year-old woman had severe Alzheimers. However, four years ago, she wrote a statement detailing the wish to be euthanized rather than ending up in a care facility.

Then came the point when her physician decided the time had come. Two other doctors then reviewed the situation and agreed. A date was set, and the doctor, the patient, her husband, and her grown daughter had coffee. The 74-year-old woman’s drink was laced with a sedative, but it failed to knock her out. Another dose was given via injection. She slept, but just as the doctor was about to give her the second and fatal injection, the woman woke and stood up. Her family held her down, and the drug was administered. The court eventually acquitted the doctor, saying that the deeply demented state of the patient prevented her from verifying her death wish that day and that the written declaration was sufficient.[6]

4They Made a Patient Laugh During Brain Surgery 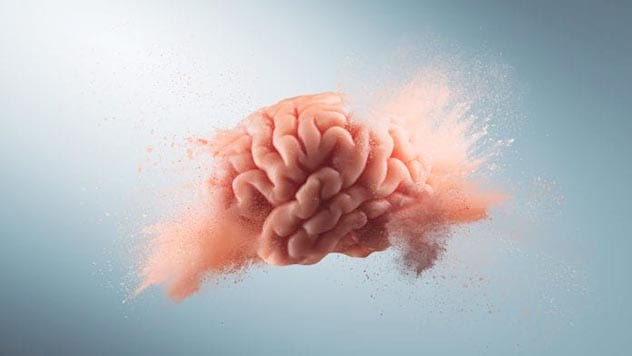 During certain brain surgeries, the patient must stay awake. Doctors talk to them to ensure that some regions, like those that handle language, remain unaffected. Needless to say, some people panic after waking up from the initial sedative, and reality hits. You know, your head is locked into place, a piece of skull is gone, and your brain is open. Patients have been known to panic, grab at their brains or fight the head brace.

In 2018, an epilepsy patient underwent the procedure. Usually, sedation and distraction keep patients calm. This time, the doctors went the fun route. It did not start out well. When the woman woke up, she was so anxious that she cried. Something needed to be done before she became too distressed. The idea was to make her laugh. Instead of clowning around, the doctors stimulated a group of brain cells called the cingulum bundle. This region was believed to control the mouth muscles during laughter, but it had nothing to do with emotion. As her doctors had hoped she would, the woman proved conventional thought wrong. She laughed her way through the surgery.[7] 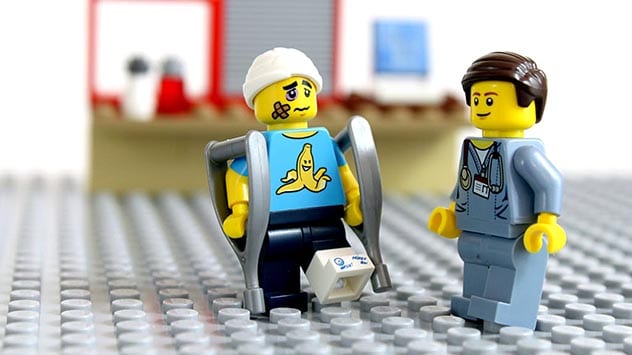 In 2018, six pediatricians wondered how long it would take a Lego piece to move through the digestive system. The doctors, all from the United Kingdom and Australia, removed the heads of Lego people and swallowed the toy noggins. From there on, things got a little weird. Each scientist had to pick through their own poop to find the toy part again. To lighten things a bit, they came up with fitting tags for their rating systems.

For days beforehand and during the retrieval phase, they graded stool consistency with the SHAT (Stool Hardness and Transit) scale. Whenever somebody found a Lego head, it gave them a FART (Find and Retrieval Time). At the end of the day, 27 hours to three days were needed for a yellow face to pass through a healthy adult without any problems. SHAT scores also showed that stool consistency remained unchanged. This information can now be added to the rare pool of studies researching the direct effects of swallowed toys. However, everyone is probably still wondering why one of the six pediatricians never found his Lego head.[8]

2Fires Break out During Surgery 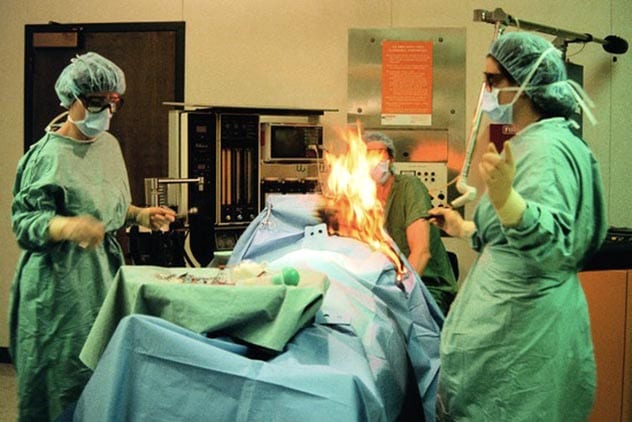 In 2019, an Australian patient underwent an emergency procedure. It was designed to correct a tear in his aorta, not cause a fire near the chest cavity—which is exactly what happened. The open-heart surgery started normal enough. Unfortunately, the patient’s health problems started a series of events that lead to the fire. The man had an enlarged lung, and when doctors accidentally punctured it, they had to compensate for the air leak. They did this by increasing the amount of oxygen in the anesthetic.

Since the patient inhaled the anesthetic, both the oxygen and sevoflurane sedative escaped through the lung leak. The surgical team could smell the volatile mix in the air. A spark from an electrocautery device landed on a dry surgical pack on the patient’s chest. In the densely oxygenated air, the pack combusted. The fire was extinguished, and the operation concluded successfully. It was not a one-time freak scenario. This was the eighth chest cavity fire caused during surgery. Just like the Australian case, they all included lungs, electrocautery devices, increased oxygen, surgical packs—and unscathed patients.[9]

1Their DNA Shows They Age Faster 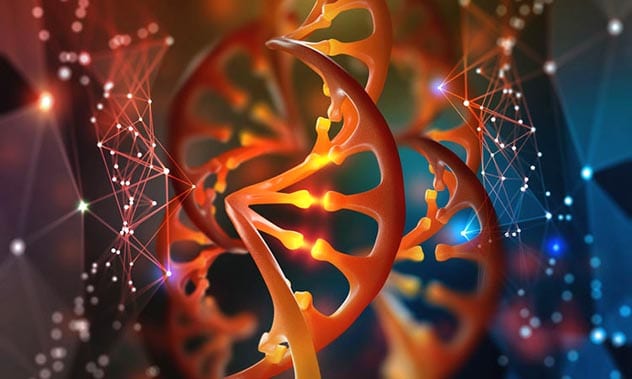 In 2019, DNA samples were taken from 250 doctors at the start of their internship. A second DNA test was done at the end of their first working year. The results were disturbing. The first 12 months on the job rapidly aged the new doctors’ DNA. In comparison, other people needed six years before their DNA took the same toll.

The scientists found a surprising fact when they looked at telomeres, often referred to as the “tips” on chromosomes. It is normal for telomeres to shrink with age, but it would appear that occupational stress accelerated the process in the interns. Doctors who worked the longest hours displayed neurotic personality traits or had tense family situations showed the worst aging. Why does it even matter? Shrinking telomeres is not a good thing. It spikes the risk for cancer, heart disease, and declining mental capacity. Researchers hope the study’s results would help reform the brutal hours that doctors face during training and beyond.[10]

For more lists like this, check out 10 Medical Myths You Believe Because Of Movies, and 10 Ways A Hospital Stay Can Make Us Sicker.