This may surprise you, but some of the most notorious criminal groups in the U.S. and other countries did not begin as criminal groups. Instead, many had righteous beginnings and were founded to fight against crime and injustice.

However, somewhere along the line, they lost their moral compasses and became criminals and enforcers of the same injustice they opposed. Read on—the entries will surprise you. 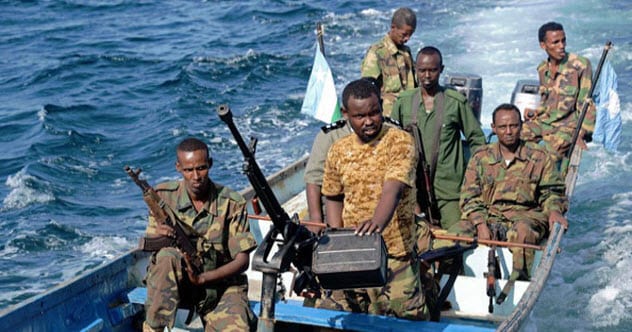 In 1991, armed rebel groups seized control of Somalia’s capital, Mogadishu, marking the collapse of Somalia’s government and security forces. As a result, foreign fishing vessels quickly exploited the absence of a working government to turn Somalia’s seafood-rich waters into a free-for-all fishing ground where they did whatever they wanted without any government oversight.

To preserve their newfound goldmine, the vessel operators stopped local Somalis from fishing in the waters and, to add salt to injury, even shot at stubborn Somali fishermen. Other foreign vessels joined the tussle to do other illegal things like dumping toxic waste in Somali waters.

Somali fishermen responded by forming vigilante groups to police their waters and keep the foreign vessels out until a new government was formed. The vigilantes seized illegal fishing vessels and slammed the operators with fines. The operators promptly paid because they did not want their home government uncovering their illegal activities.

Over a few years, the greed of easy money turned Somali vigilante fishermen from ragtag freedom fighters into well-organized, full-blown pirates that seized random ships sailing past Somalia in exchange for ransoms. Today, most Somali pirates were never fishermen, even though they still use excuses about foreign trawlers stealing their seafood to justify their activities.[1] 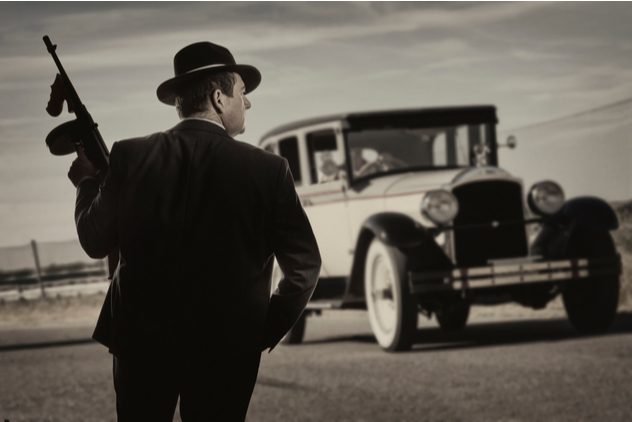 The history of the Mafia goes back to the 19th century when Sicily was an independent territory under Italian control. At the time, Sicily was under the control of foreign invaders that were notoriously mean to the native Sicilians.

The mafies got more notorious after Italy took control of Sicily in 1861. Unable to enforce law and order, the Italian government turned to the mafies for help in hunting down criminal groups on the island. In exchange, the government would allow them to continue extorting protection money from landowners. The mafia took the deal.

While Italy expected this to be a temporary arrangement, the mafia seized the opportunity to tighten its hold on Sicily’s politics and economy, creating the Mafia as we know it today.[2] 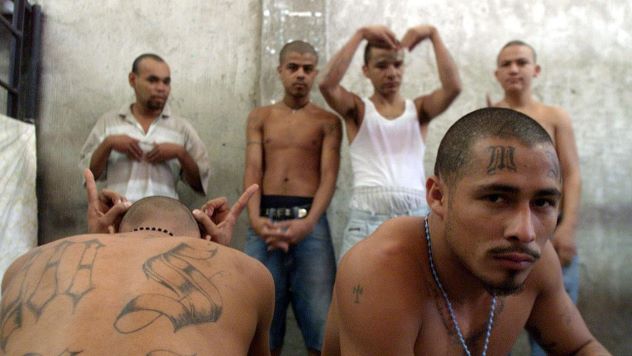 Sometime in the early ’80s, Salvadoran immigrants living in Los Angeles formed a group to protect themselves from the violent street gangs in LA. They called it the MS-13.

The MS-13 group soon found itself in a violent turf war with rivals, leading to numerous deaths and the arrest of several members. These arrested members recruited several Hondurans, Guatemalans, and El Salvadorans to create the prison wing of the MS-13. While considerably smaller than most prison gangs, the MS-13 earned a fearsome reputation for its ruthlessness.

Several ex-convicts would go on to set up local branches of the MS-13 in El Salvador, Guatemala, and Honduras after their deportation from the U.S. in the ’90s. Those non-U.S. branches worked closely with drug cartels, earning the group more notoriety.

Today, MS-13 maintains strong, armed paramilitaries in those three countries. It also has a paramilitary wing in the U.S., but it is considerably weaker and only operates under the table.[3] 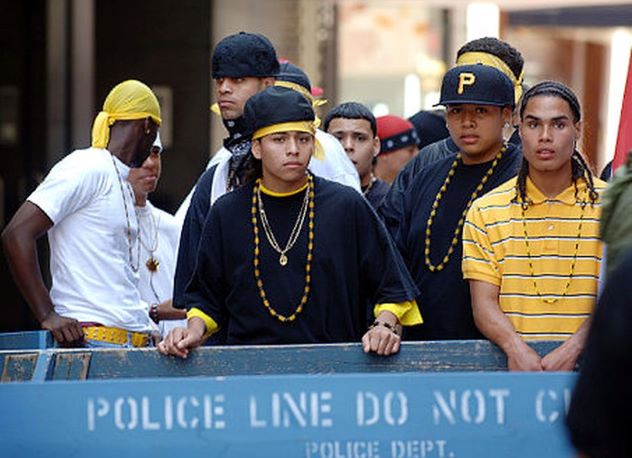 In 1964, two men merged their anti-racist groups to better defend their members against racists. The result is the Latin Kings, a very violent street gang most active in the areas around Chicago.

Ramon Santos, Fast Eddie, and a third friend founded the Imperials in 1954 to protect themselves against the Near West Side, Chicago-based Italian and Greek street gangs that bullied Puerto Ricans. Fast Eddie and the third person were Puerto Ricans, while Santos was a Cuban raised in Puerto Rico.

Several years later, Santos met with White Sal and suggested merging their groups since they both fought racism. Sal agreed, and the Latin Kings was born. The new group continued to fight against racists, bullies, and even police officers who harassed their members for no reason.

The Latin Kings soon diversified its ethnic membership and started taking in African Americans and even whites who were against racism. The group got larger, meaning it now needed more money to finance its activities. They got this money by selling drugs, marking their foray into the world of crime.[4] 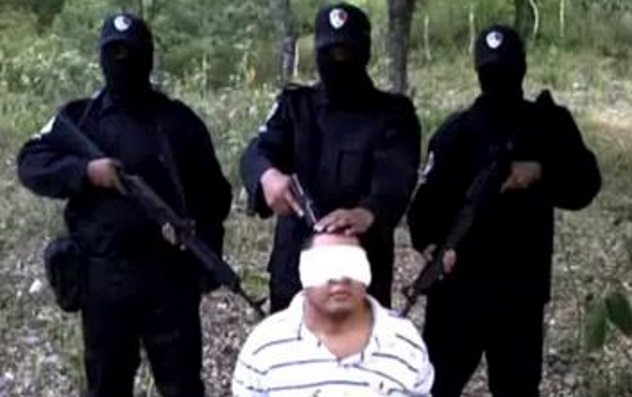 Los Zetas was the most violent drug cartel in Mexico until quite recently. The cartel changed drug trafficking in Mexico. Before it, cartels were groups of scantily armed men. After its formation, cartels turned into well-equipped armies.

Los Zetas first emerged in 1997 when the Gulf cartel hired 31 members of the Mexican army special forces to help protect its leader, transport drugs, and kill rival cartel members. The 31-man team operated more like a military unit than a regular cartel-armed group. They also had modern weapons, communications, and intelligence gathering tactics no other cartel had.

They were so good that rival cartels went on to form similar military-style organizations. Unfortunately, rival cartels also copied their brutal tactics, especially their extreme use of violence and fondness for slaughtering captives.

Meanwhile, the Los Zetas got so powerful that they broke off from the Gulf cartel to form their cartel in the mid-2000s. The cartel still operates today but is no longer the powerful military-like force it once was. It has broken into several smaller independent groups that commit random crimes for the money.[5] 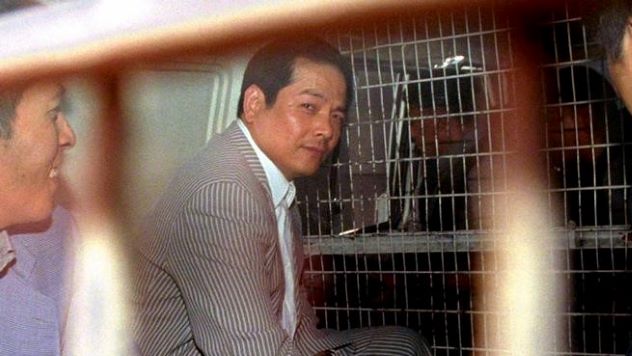 The Triad is the Chinese and Hong Kong equivalent of the mafia. Both groups share a few similarities, like having members that run legitimate businesses and being founded because someone had issues with their ruler.

The Triad was founded by a group of Chinese citizens who wanted to overthrow the ruling Ch’ing dynasty and replace it with the former ruling Ming dynasty in the 17th century. The group slowly deviated from its intended purpose until the early 1900s, when it had become another criminal gang. However, it was no longer a single group but a series of independent groups.

The Triads went international after several Chinese fled to Hong Kong, Macau, Taiwan, and other nations with many Chinese immigrants after mainland China fell to Communist forces in 1949. These immigrants formed groups to protect themselves from the violent gangs, racists, and rival ethnic groups in their new countries. The Triads infiltrated these groups and turned them into Triads as well.[6] 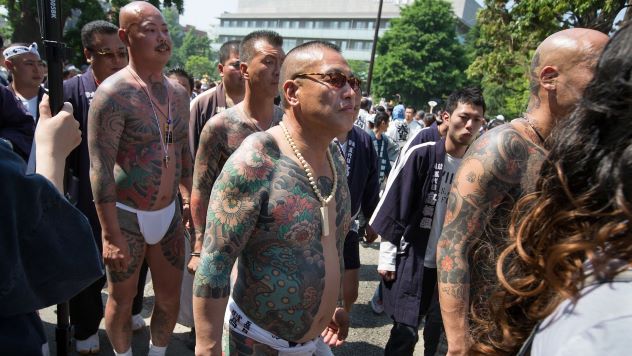 The Yakuza is a mafia-like criminal organization operating in Japan. Unlike the other entries on this list, though, their origin is somewhat unclear. If they emerged from the group of samurais that took to crime after losing their masters sometime in the 17th century, then they have been bad from the beginning.

However, if they emerged from the groups of vigilantes that formed to protect Japanese villages from those ruthless samurais, it means they started with good intentions. Whichever is true, the Yakuza is slowly moving away from its violent past and only engages in bribery and other small crimes, making them the least violent crime group in the world and on this list.

When they are not receiving bribes, the Yakuza busies itself by engaging in charitable deeds like donating to earthquake victims and working for the Japanese government as they did in 1960, when the government contracted them to provide protection services during a planned visit by American President Dwight D. Eisenhower.[7] 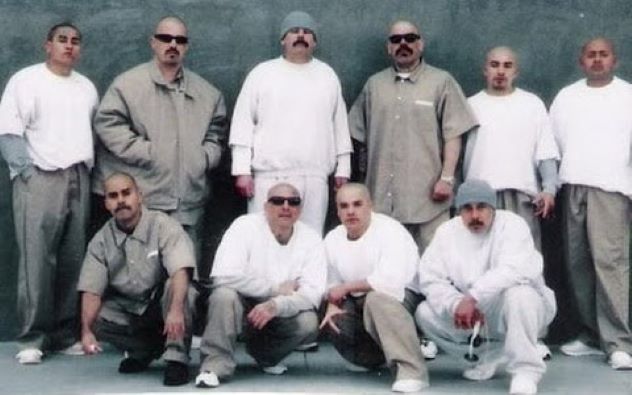 Other vulnerable prisoners joined for protection, turning ÑETA into the dominant group in Oso Blanco by the 1980s. The group maintained its humble beginnings until wardens teamed with members of the G27 to murder Torres Irriarte in 1981. Torres was the founder of ÑETA.

Vengeful members of ÑETA dug into the cell of the G27 leader and murdered him before cutting his body into pieces and sending them to several people. His mother got one of his fingers, his second-in-command received one of his eyes, and the prison’s Chief Warden got his foot and ankle.

News about the brutal murder hit the news causing ÑETA branches to spring up in several other prisons. The group slowly lost its good start as it branched out into murdering other prisoners, turning it into just another gang.[8] 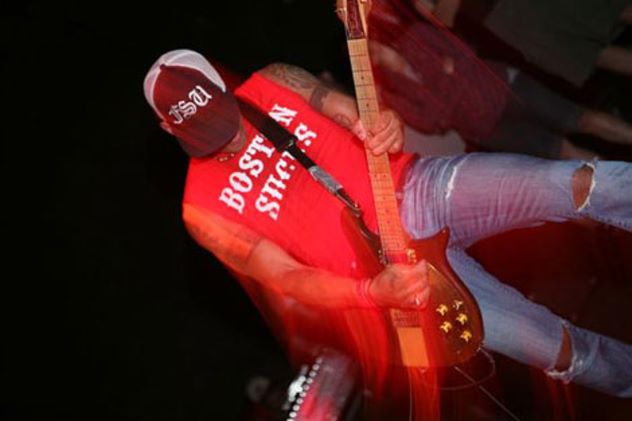 Sometime in the ’80s, Nathan Elgin James of the Wrecking Crew hardcore band met with some friends to form a group to help end racism and fight the neo-Nazi gangs in Boston. They called it FSU—aka Friends Stand United or F––k S––t Up. FSU opened its doors to everyone ready to take a stand against racism.

The group gained infamy for the extreme violence it uses to deliver “justice” to racists, causing the U.S. government to list it as a gang. Murder is one of those tactics, and many members are currently in prison for it. Nathan himself was arrested in 2009 for trying to extort $5000 from a member of a Chicago punk band. Other FSU members later attacked the band member.[9] 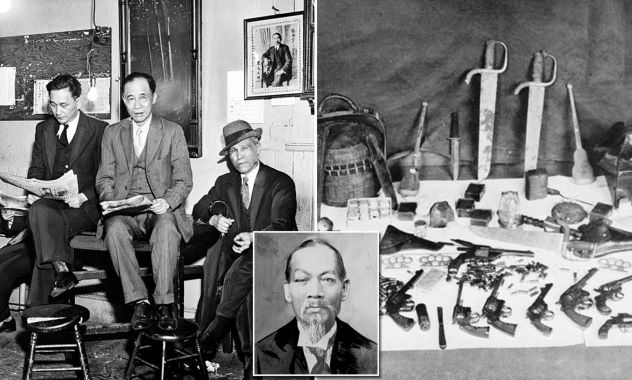 The Tong is a Chinese criminal organization active in the U.S. Like a few other groups on this list, it is no longer a single group but a series of rival groups.

The Tong first appeared in China in the 17th century as a protective, religious, and political organization. The earliest Chinese immigrants to the United States founded the U.S. wing to protect themselves from racist whites and criminals, including their fellow countrymen.

Over time, they started selling opium and running gambling operations, which were common pastimes tolerated in China but illegal in the U.S. Then, they added prostitution and protection to their list of vices.

The group split around the time they turned to crime, and several factions engaged in series of violent turf wars between the 1850s and 1920s. Despite their bad reputation, some factions stood true to their origin and avoided crime altogether. The Tongs slowly went into decline after other gangs stopped threatening Chinese immigrants.[10]