In the 1090s, a split in Shia Islam produced a new group known as the Nizari Ismailis. Few in number, the Nizaris came to rely on targeted killings carried out by religious fanatics known as fida’is or fedayeen.

Their enemies spread the rumor that the fedayeen were gullible young men who were brainwashed through the use of hashish, giving rise to the term “Hashishin” or “Assassins.” Whatever the truth of these rumors, there’s no denying that the Assassins were terrifyingly effective, striking fear into the heart of Muslims and Crusaders alike. 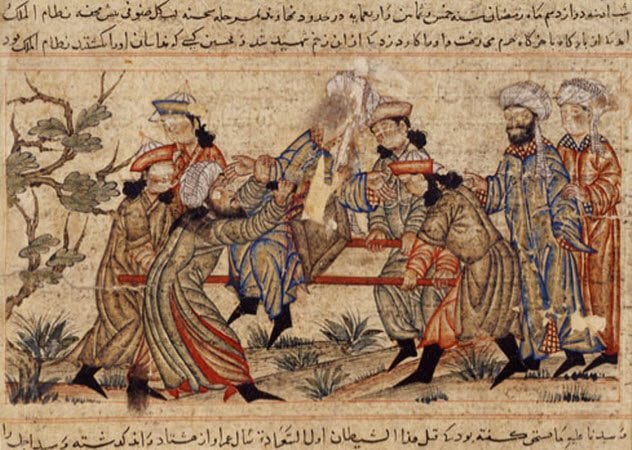 Nizam al-Mulk was the powerful vizier of the Great Seljuk Empire, which stretched from Turkey to Afghanistan. In his last years, the Nizari leader Hasan-i-Sabah began infiltrating and capturing isolated mountain fortresses, including the mighty stronghold of Alamut. Nizam al-Mulk was determined to combat this threat.

In 1092, his litter was approached by a wandering Sufi holy man. Famously religious, Nizam al-Mulk beckoned the man to approach. But the Sufi was really an Assassin in disguise, and he stabbed the vizier with a hidden knife. According to Ibn Khallikan, the Assassin tried to flee but tripped over a rope and was killed by guards.

Some suspicion fell on Nizam al-Mulk’s enemies at court, but most contemporary chroniclers agree that the murder was committed by Hasan’s followers. Juvayni wrote that he “was the first person to be killed by the fida’is.” The legend of the Assassins was born. 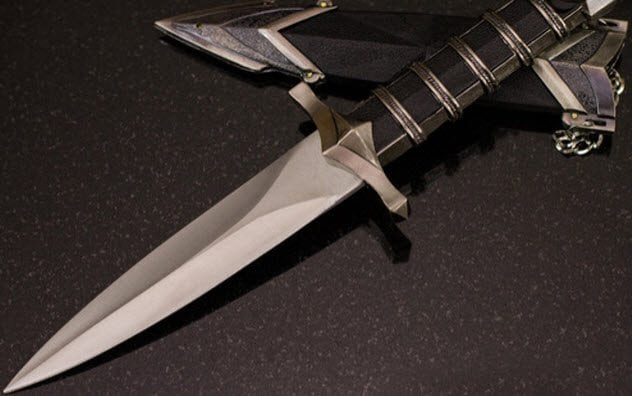 The death of Nizam al-Mulk sparked a lengthy feud between his family and the Assassins. His son Fakhr al-Mulk, also a powerful vizier, was killed in 1106. He was walking to evening prayers when he was approached by a weeping man with a petition. While the vizier was looking it over, the petitioner pulled out a dagger and stabbed him to death.

The petitioner’s work wasn’t done. According to the chronicler Ibn al-Athir, the petitioner was captured and tortured but made a false confession, implicating several of Fakhr al-Mulk’s closest followers. The men were put to death, but it was later discovered that they were innocent. The Assassin had killed them by proxy with his lies.

Unfortunately for the Assassins, the family learned from their mistakes. When an Assassin was captured trying to kill Fakhr’s brother Ahmad, the Assassin was forced to drink a huge quantity of wine. Completely drunk, he was unable to keep his story together and accidentally gave away the local Assassin safe house. 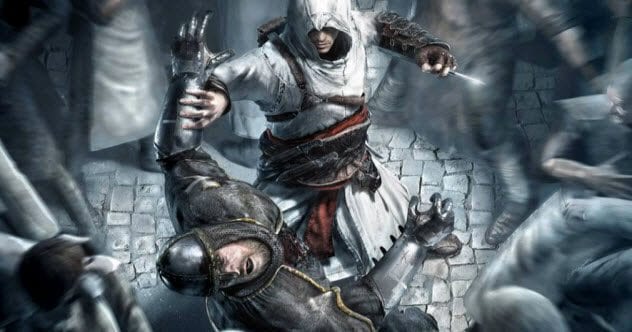 As their power grew, the fedayeen became experts at the art of assassination. The emir Ahmadil ibn Ibrahim al-Kurdi learned that to his cost. When an Assassin tried to stab him, the tough emir fought back and wrestled the knife away. A second Assassin charged in, but the emir’s guards rushed over and killed both of the attackers.

Everyone relaxed, believing the threat to be over. That’s when a third Assassin stepped out of the crowd and killed the emir with a knife thrust. According to David Cook, “the historical accounts say that people were amazed that the third one came up after his two companions were struck down.” 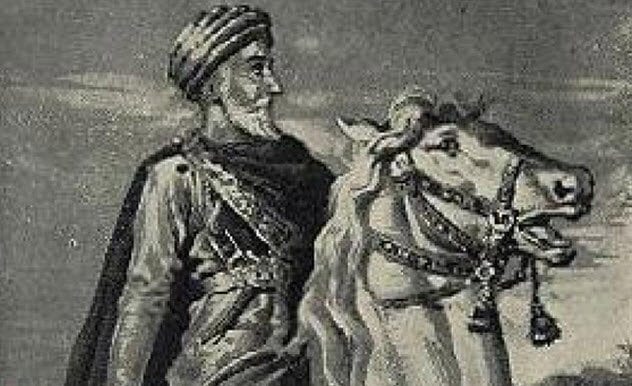 The Assassins’ enemies soon became paranoid—with good reason. The Qadi (religious judge) of Isfahan, Ubayd Allah al-Khatib, wore armor under his robes and went everywhere surrounded by bodyguards. But during Friday prayers, an assassin lunged past the bodyguards and killed the Qadi in front of the horrified congregation.

Not even rulers were immune to intimidation. According to Juvayni, Sultan Sanjar woke up one day to find a dagger stuck in the ground beside his bed. He then received a message from Hasan-i-Sabah warning that the dagger “could have been planted in his soft breast.” Sanjar got the message and left the Nizaris in peace for the rest of his reign. 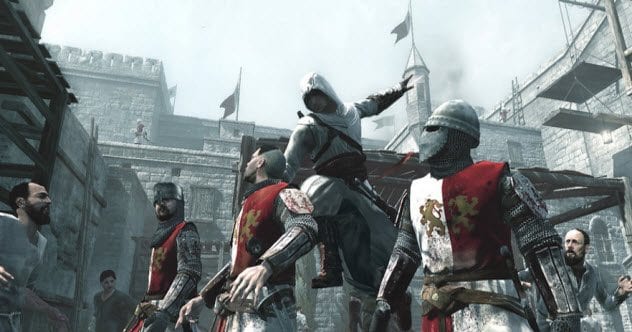 For high-profile targets, the Assassins often had to use clever tricks to get close. For example, the vizier Abu Talib al-Sumayrami traveled surrounded by guards and soldiers. One day, an Assassin stabbed at the vizier but missed and immediately took off running. The guards all chased after him, leaving the vizier only lightly guarded. At once, two more Assassins jumped out from hiding and cut his throat “like a sheep.”

On other occasions, the Assassins just used brute force tactics. One famous warrior emir was swarmed by at least 11 fedayeen in a Mosul mosque. Although the emir fought back and wounded three of his attackers, he was overwhelmed and cut down. 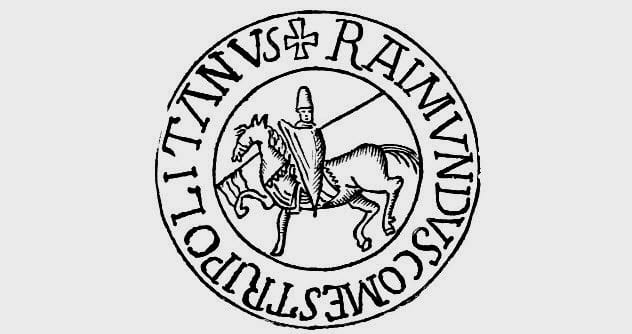 When the Crusaders arrived in the Holy Land, they soon learned to be wary of the Assassins. Their first prominent European victim is believed to have been Count Raymond II of Tripoli.

According to William of Tyre, the abusive Raymond was involved in a domestic dispute with his wife, who sent for her sister, Queen Melisende of Jerusalem. The queen pulled rank on Raymond and insisted on taking her sister back to Jerusalem with her. Raymond accompanied them for a few miles and then rode back to Tripoli.

After passing through the gate, he entered a narrow space between the barbican and the wall where the Assassins were waiting. With most of his guards unable to rush into the small area, Raymond was quickly stabbed to death, along with two knights. The motives for the attack remain unclear. 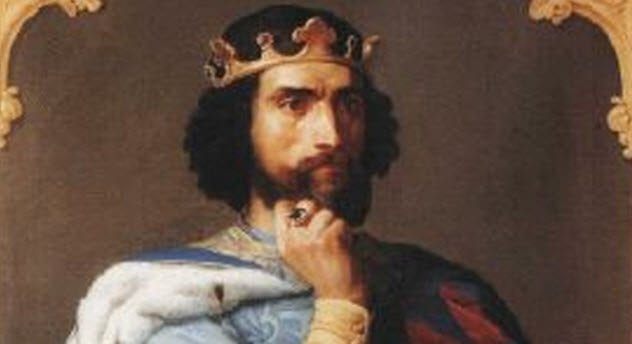 The Assassins truly cemented their reputation in Europe with the murder of Conrad of Montferrat. A legendary warrior, Conrad had just been elected king of Jerusalem when he was ambushed and killed by hit men sent by Rashid ad-Din Sinan, the “Old Man of the Mountain,” who led the Syrian Assassins.

Why Rashid wanted Conrad dead remains uncertain. The most common theory is that the murder was commissioned by Conrad’s enemy, Richard the Lionheart. On his way back from the Crusades, Richard was even captured in Germany and charged with Conrad’s death.

Fortunately, a letter clearing Richard was sent to various European rulers from someone claiming to be Rashid. The letter explained that Rashid had ordered the killing after Conrad seized a ship belonging to the Assassins. Unsurprisingly, most historians now believe this letter was forged by Richard’s people, especially since Rashid was dead at the time. 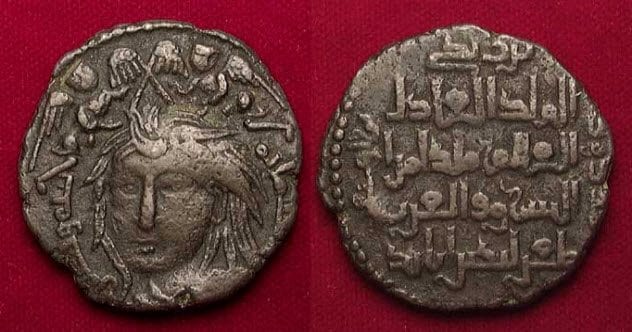 Overall, the Assassins probably helped the Crusaders more than they hindered them since their main enemies were always other Muslims. Rashid ad-din Sinan even proposed an alliance with King Amalric of Jerusalem, but his envoy was murdered by the Templars, who didn’t want to lose the bribes they extorted from the Assassins for not attacking their fortresses.

After the First Crusade took Jerusalem, the Seljuks sent a force under Mawdud of Mosul to retake the Holy Land. However, this was opposed by local Muslim rulers like Ridwan of Aleppo and Toghtekin of Damascus, who felt more threatened by Baghdad than the Crusaders.

Conveniently, both rulers had good relations with the Nizaris. Mawdud was murdered by the Assassins in Damascus, ending his expedition. The murder did not endear the Assassins to the general Muslim populace, and they were eventually driven out of both cities. 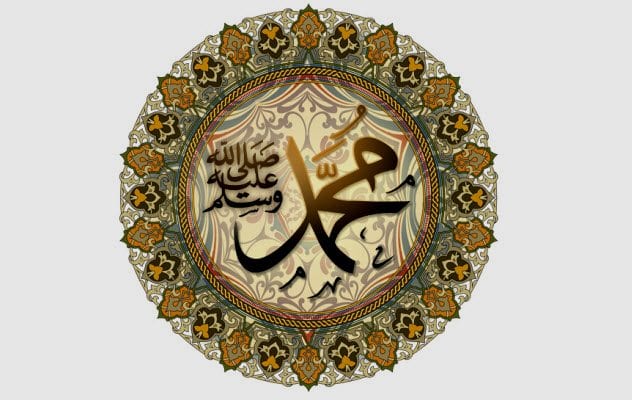 The idea that the Assassins used hashish before their missions is probably a lie spread by their enemies. Instead, it seems that the fedayeen’s faith allowed them to risk death without fear. For example, in 1126, a group of Assassins disguised themselves as Sufis to sneak into Friday prayers at a mosque in Mosul. Once inside, they produced hidden daggers and stabbed Atabeg (“Governor”) il-Bursuqi to death.

According to the chronicler Ibn al-Adim, it was originally reported that all of the hit squad were killed, prompting their families to rejoice that they had died as martyrs. However, one Assassin escaped and returned home. When she saw that her son had survived, his mother “was grieved and tore her hair and blackened her face.” 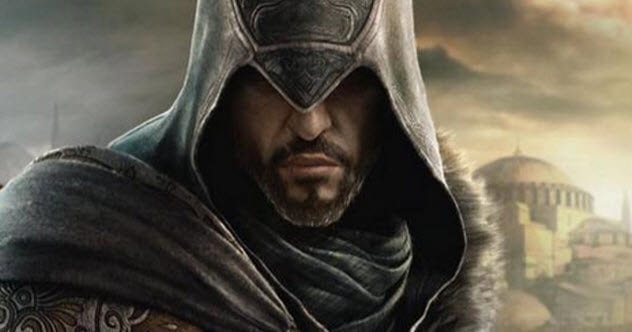 Key to the Assassins’ infamy is the dubious claim that they murdered two of the Abbasid caliphs. Although theoretically the leader of Sunni Islam, the caliph in Baghdad had actually been reduced to a puppet of the Seljuk Turks.

When Caliph al-Mustarshid rebelled against the Seljuks, he was defeated and captured by Sultan Mas’ud. The Assassins then apparently infiltrated Mas’ud’s army and brutally murdered al-Mustarshid.

Historians are skeptical that this could have happened without Mas’ud’s cooperation. In fact, the Assassins may have been a convenient scapegoat for Mas’ud, who couldn’t kill the caliph himself without risking religious unrest.

Since the Nizaris hated the Abbasids and relished their own fearsome reputation, it wouldn’t have been in their interest to deny the story. Similar confusion surrounds the death of al-Mustarshid’s son, Caliph al-Rashid, who was also mysteriously killed by Assassins while rebelling against the Seljuks.

However, the Assassins probably did kill the Fatimid Caliph al-Amir. Although the Fatimids and the Assassins were both Ismaili Shias, they had split into different sects and therefore hated each other. Al-Amir is believed to have given the Nizaris the derogatory “Hashishin” nickname and was killed by a team of Assassins in 1030.