Many animals participate in a matriarchal society, like the African elephant. African elephants live in herds with women or matriarchs leading their groups. The top matriarch leads the herd with confidence and skills to sense and alert others to danger while working as a unit to raise their young. We also see matriarchies in other animal groups, including bonobos, lemurs, meerkats, and ants.

Like the African elephant, there are human societies that women run. These women are fierce, loyal, intelligent, and just downright badass. Here are 10 societies run by women.

In the eastern islands hovering above Australia, Minangkabau is the largest matriarchal society globally. Over four million people participate in this culture where women are respected and even favored. In some cultures, it’s considered a bad thing to have a daughter but not here. Because women lead Minangkabau society, the family name is inherited through the women, and properties are passed from mothers to daughters.

Grooms move into the bride’s house upon marriage, and despite sounding like women control everything, men and women actually contribute equally in Minangkabau society. At age 10, boys leave their mother’s home to stay in men’s quarters to learn practical skills and religious teachings. Men hold religious and political offices with the permission of women. While the clan chieftain is always male, women help select them and remove them from office if provoked.

The Bri bri of Costa Rica

Just off the coast of South America, the Bribri tribe is a small indigenous group known for growing all the food, medicine, construction goods, etc., they need by themselves. This self-sufficient society is divided into clans made up of extended families. Every person belongs to a clan which the mother and female lineage determine. Since the father’s clan doesn’t raise boys, men don’t get to raise their own children—only their sister’s children.

Only women can inherit the land, making growing and harvesting their own food more sustainable and achievable. The process of agroforestry encourages the foraging and picking of foods from natural flora and fauna sources. It is a source of pride and leadership shared among the women to provide basic necessities for their families.

As a sacred honor, women are the sole individuals who can prepare a drink for sacred religious rituals or momentous life events, including marriage, funerals, or even the announcement of a pregnancy.

One of the last remaining matriarchal societies in India is the Khasi people. Khasi children receive their mother’s surname. Women go to the market to work and sell goods, while the men stay home and raise children. If a husband works, he may even work in another city, splitting the family household but increasing income.

When a couple is married, the groom moves into the bride’s parents’ home. Additionally, the groom will take the bride’s surname. When children arrive, the youngest female will receive the largest inheritance and family home, but this inheritance comes with the responsibility of taking care of their aging parents. Men receive a small inheritance, but if he has any sisters, the women will get the larger share.

Although the Khasi society is more equal in sharing responsibilities than others, women are still predominantly in power. The people follow the laws of the Indian government, and many Khasis practice Christianity, with some families integrating the men as the family patriarch, like what is seen in Western culture.

The Land Where Women Rule: Inside China’s Last Matriarchy

Mosuo people are a small community in the southern provinces of China. In their culture, the house matriarch has the final word. Like many matriarchal cultures, lineage is traced through the women of the family. Once a child is born, they belong to their mother’s family, living with blood relatives in a multigenerational home.

Mosuo people practice walking marriages where a couple doesn’t live together, but they enjoy each others’ company at night or when convenient. While many walking marriages are long-term, women can entertain other men if both parties are interested. There is no such thing as an illegitimate child since lineage is through the mother. Since children always remain in the mother’s care, the father plays a minor role in the upbringing.

If the land is to be passed on, it, of course, passes through the maternal side of the family. The oldest daughter will become the next matriarch after their mother, and even adopted daughters can become matriarchs. 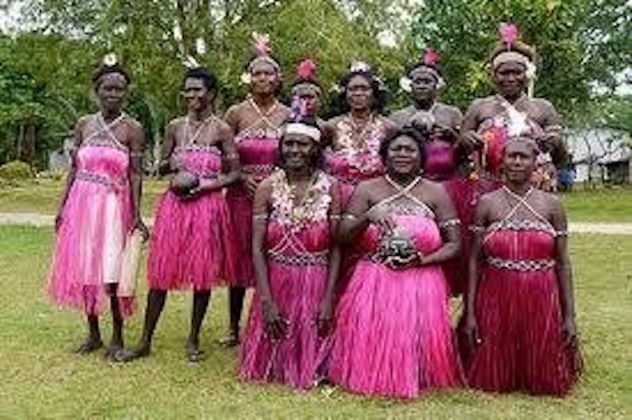 Neighbors with Indonesia and Australia, on a large tropical island, live the people of Nagovisi. Much like the Bribri of Costa Rica, food production is the focus of life on the island, and women play the leading role in successfully executing such a massive undertaking.

Every adult woman is entitled to farm on her ancestor’s land, with this right being passed on to her daughter. Husbands and men of the tribe perform manual labor tasks such as clearing the land, farming, and harvesting the actual goods. Though marriage is not common practice, if a couple is seen together, sleeps together, and the man assists her land, they’re considered married.

Along the Gulf of Guinea, the Akan people are another matrilineal society run by women. Their culture is founded on maternal ancestry, so the mother’s lineage assigns positions within the financial and political world.

Men in Akan culture have an important role in the lives of their sister’s children but not their own children. Men hold leadership positions, but they are inherited and passed down through their mothers, sisters, and daughters. Men typically associate with the female family members and are expected to support their family and female relatives. While men help with more of a family role, women are free to associate with all group members and seek caring for the whole clan.

The Land of No Men: Inside Kenya’s Women-Only Village

One of the newer societies run by women is the Umoja Usao. Founded in 1990, this all-female village started as a refuge for women in abusive relationships, girls running from forced marriages, or genital mutilation. Women previously belonged to the Samburu tribe, where women were their husband’s property and had an overall subordinate role in society. If a woman were raped, their husband would cast them out of the home for being unclean, with nowhere to go; Umoja Usao became a haven for runaway and homeless women.

Women who escaped their violent homelife retreated to Umoja and often brought their children with them, creating a haven of peace. In Swahili, Umoja actually means “unity,” with the Umoja people working to educate others about their rights. They host a primary school, create jewelry, and entertain tourists to support their village financially.

Garos of Meghalaya | Tribes of India

Another tribe in the hills of India is the Garo, the second-largest tribe in Meghalaya. Like their Khasi neighbors, the Garos pass property and political succession from mother to daughter. Typically, the youngest daughter inherits her mother’s property.

Society is matrilineal but not matriarchal, meaning men govern society and manage the property. Garo also believes in gender equality which is why the properties are owned by women but are governed by men. A daughter’s marriage is often arranged, and the husband moves into the wife’s house. Interestingly, the union can be dissolved without stigma despite the marriage being arranged.

A History Of The Nubian People

The Nubian people are deeply connected to the Nile River. For hundreds of years, the Nubian cultivated land along stretches of the Nile River, supporting their families with agriculture and animal goods all produced via the rich river valley and its soil.

Following the creation of dams in the 20th century, the Nubian people lost their homes and were forced to move and find work elsewhere. While men left home searching for work, the women stayed home raising their children, caring for the elderly, and cultivating what land was available. Often, the men would not return home due to harsh environmental and working conditions as laborers or mercenaries.

The Nubian culture is rich in art, storytelling, music, and even Egyptian royalty. While many Nubians are now Christian, their culture still follows a matrilineal society dominated by fierce, unrelenting women.

Like many of the clans and groups above, a few Native American tribes follow a matrilineal pattern rather than the traditional patrilineal society.

The Hopi people live primarily in Arizona as a sovereign nation, following their own laws under the Hopi Constitution. The Hopi people follow the matrilineal way of life, earning family names and tracing lineage through the mother’s side. Following the birth of a child, the paternal side of the family gets to name the child, but only the paternal women can submit a name for consideration. The names are brought together, and a single name is chosen. It can be a native name, English, or any combination. As the child grows, they can change their name only at significant life events.

Women tend to the home and children, while men are in charge of agriculture and war.