Have you ever wondered why you always seem to wake up at 3 AM? This is known as “The Devil’s Hour,” or in folklore, “The Witching Hour,” which is believed to be the time of night when most supernatural events occur. In Hamlet by William Shakespeare, the Bard wrote: “‘Tis now the very witching time of night, When churchyards yawn, and hell itself breathes out.”

Urban legends and sinister tales of The Devil’s Hour can be found in Anglo-American, Native American, and Hispanic culture, but what is it about this hour that both fascinates and frightens us? There are many sides to The Devil’s Hour—as the explanations are a divide of both science and evil.

See Also: 10 Marks Supposedly Left On Earth By The Devil 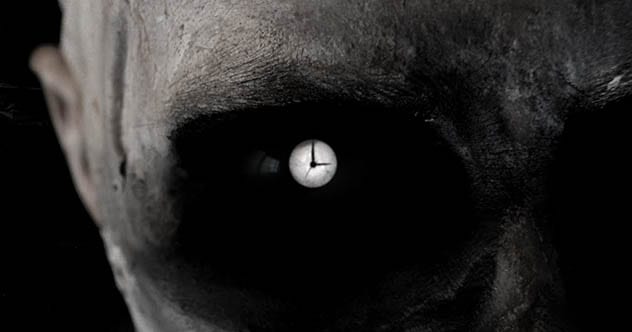 The Devil’s Hour being 3 AM is considered significant as it’s the opposite hour to the death of Christ. The Bible reads that Jesus Christ was placed on the cross at 9 AM and darkness covered the land from noon until Jesus’ death at 3 PM when Matthew cried out: “It is finished.” Therefore, 3 AM is a significant sign of the devil and dark entities because the time is flipped to mock Jesus Christ, much like when a cross is turned upside down, which often features in many horror films of the satanic persuasion.

The number three is also regarded as a holy number within Christianity as with the Holy Trinity of the Father, the Son, and the Holy Spirit. So, if you do find yourself wide awake with a jolt at 3 AM, then it’s widely believed that the devil just paid you a direct visit.[1] 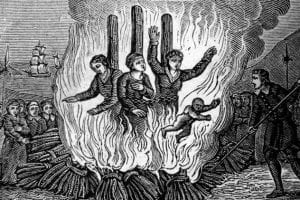 The term “The Witching Hour” was coined in 1560 by Pope Pius IV. A trend in witch-hunting had begun as people were unable to understand why diseases were so rife and decided to blame the practice of witchcraft. This prompted widespread panic and suspicion as people turned in those that they assumed were practicing the dark arts.

It was believed that witchcraft was mostly practiced during the Witching Hour as their powers were greater then. During the 16th through 18th centuries, more than an estimated 60,000 people were executed during the witch trials. The Old Testament’s book of Exodus (22:18) clearly states: “Thou shalt not permit a sorceress to live,” and those accused would be killed either by burning at the stake, hanging, or beheading. Dunking was also a method used during this time where an accused person would be submerged in water, and those who sank were considered innocent whereas those who floated were most certainly a witch. Now we have become more educated about witchcraft, the Witching Hour became better known as Devil’s Hour.[2] 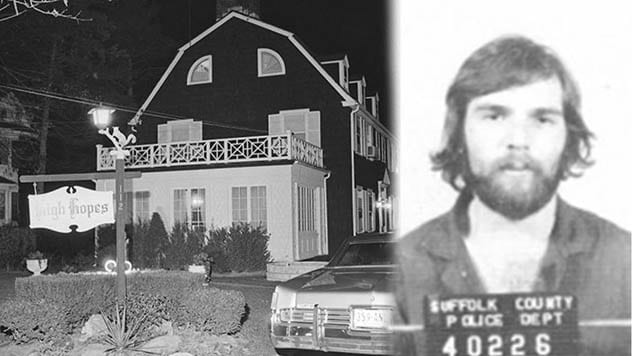 One of the most infamous horror stories in the world is based on real-life tragic events. At 3 AM on November 13th, 1974, Ronald “Butch” DeFeo, Jr. shot his mother, father, and four siblings with a .35 Marlin lever action rifle whilst they slept in their beds. At 6 PM the same day, he walked into a local bar and screamed, “You got to help me! I think my mother and father are shot!” The murders took place at 112 Ocean Avenue, Amityville, Long Island, which is now known as the Amityville Horror house.

The events surrounding the murders were unusual as the neighbors heard no gunshots, and none of his family members woke when the first shots were fired. Also, every family member was laid face down in their beds, and there was no sign of a struggle. The murders reinstated the belief of 3 AM being the hour of the devil as DeFeo told detectives he had previously heard voices in his head and was in a trance-like state, explaining, “Once I started, I just couldn’t stop. It went so fast.” DeFeo was found guilty of six counts of second-degree murder and sentenced to life in prison.[3]

7 The Legend of La Mala Hora 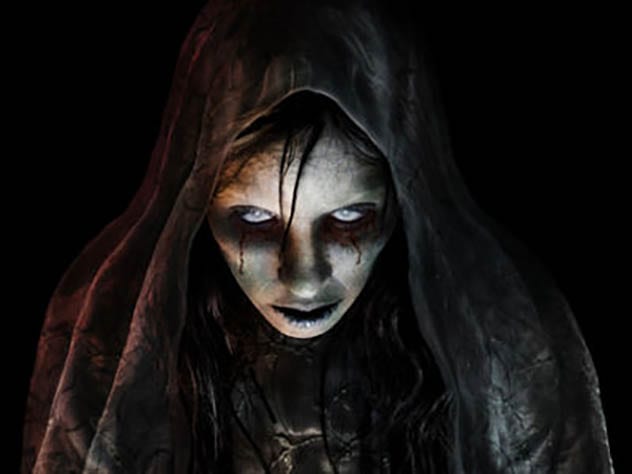 An urban legend from New Mexico known as La Mala Hora is translated as “The Evil Hour” or “The Bad Hour.” La Mala Hora is the legend of how, at 3 AM, an evil spirit appears to haunt lonely travelers at night. She has the appearance of an old woman with a demon’s face, and if you’re unlucky enough to meet her, it is said that a loved one of yours will soon die. Those who travel in isolated areas in the countryside are warned they will likely come across her scary presence.

It’s believed the origin of the haunting legend was to scare anyone off from traveling alone late at night and acts as a warning. La Mala Hora stalking places on the outskirts under the darkness of night is also symbolic that the supernatural lurks at these boundaries—especially around the hour of 3 AM.[4] 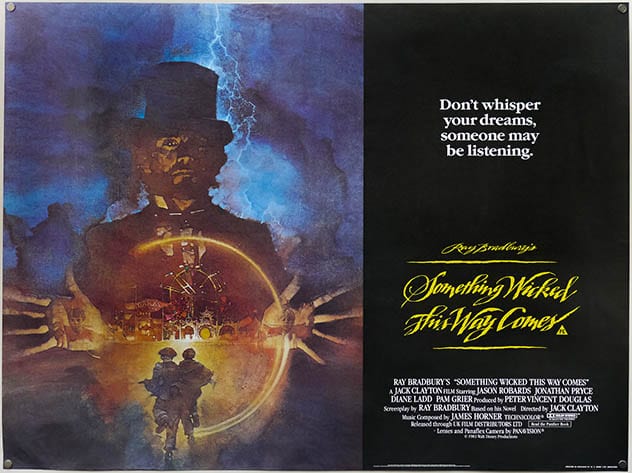 Ray Bradbury’s 1962 novel Something Wicked This Way Comes tells the tale of a mysterious carnival leader named “Mr. Dark.” Mr. Dark is a malevolent bring and feeds off the life of those he enslaves. In the novel, there is a reference to the sinister power of 3 AM as Bradbury writes:

“Oh God, midnight’s not bad, you wake and go back to sleep, one or two’s not bad, you toss but sleep again. Five or six in the morning, there’s hope, for dawns just under the horizon. But three, now, Christ, three AM!

Doctors say the body’s at low tide then. The soul is out. The blood moves slow. You’re the nearest to dead you’ll ever be save dying. Sleep is a patch of death, but three in the morn, full wide-eyed staring, is living death!”

The novel also states that more people die in hospitals at 3 AM than any other, which reaffirmed people’s belief that this was the most sinister of hours. Although that is unproven, the National Highway Traffic Safety Administration confirmed that most drunk driving accidents—around 55%—occur between midnight and 3 AM.[5] 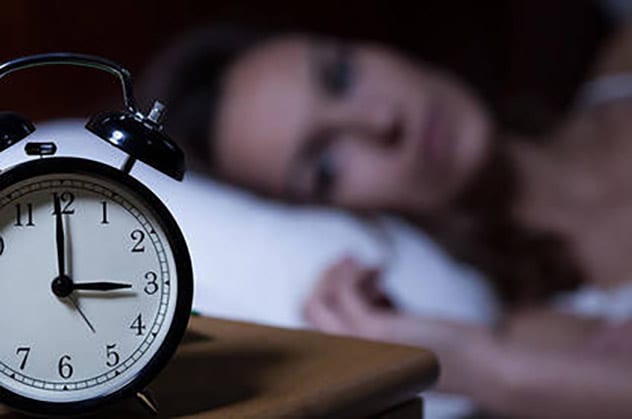 Waking up during The Devil’s Hour can also mean that you might be suffering from sleep insomnia due to the melatonin levels in your body. Those who suffer from the condition commonly find themselves being roused from sleep between the hours of 3 AM and 4 AM. It is also linked to depression in adults, which is why waking at this time might leave you feeling in a state of doom, and that’s where those haunting feelings come from.

It’s advised that staying away from caffeine and other stimulants, exercising regularly, and eating sensibly will help get through the night without a disturbed sleep.[6] 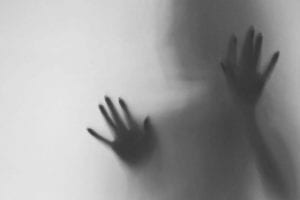 It turns out that if you believe in ghosts or if you are known for attracting more paranormal activity then you’re more caring than others. Studies explored the difference between those who have had paranormal experiences and those who either don’t believe or haven’t had the experience; those who had experienced the supernatural scored higher when it comes to measuring empathy.

Other reasons why you might be experiencing apparitions at night could be down to the brain being triggered by stress which creates altered sensations. This also explains why many widows experience ghostly visits from their lost loved ones because they have been through extreme stress and despair. When you wake shaken in the middle of the night, and your eyes dart around the dark room—you will likely catch something sinister as your mind is frantic with stress.[7]

3 The 3 AM Challenge Viral Trend 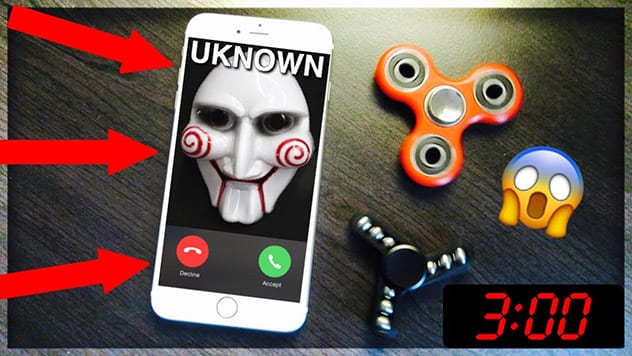 The Devil’s Hour spawned an internet trend that witnessed many content creators uploading spooky videos featuring “The 3 AM Challenge.” The idea was to wake up during this hour with the hopes of capturing on camera some form of paranormal activity. Videos either featured creators sitting up scared at this time or others who would pull pranks to scare those they share their homes with. During the height of the trend, parents were shocked to find that children as young as 5 years old would participate in the late-night challenge.

Search engine data found that the peak interest in the challenge was between May and August 2017. Like many trends online, it soon calmed down but likely left a lot of terrified kids behind. Children and adolescents have a higher likelihood of “seeing” ghosts as their perception is much different from that in adults due to a heightened imagination.[8] 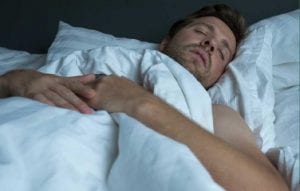 Historian Roger Ekirch had a very different explanation for The Devil’s Hour, yet certainly more scientific. His 16-year-long research into sleep discovered that the idea of an 8-hour sleep is a very modern trend as our ancestors would sleep at two different times in the day. Many decades ago, we would sleep two hours after dusk, then awake for one or two hours before falling back to sleep again.

Instead of laying in bed, peeking out from under our blankets in the hopes a ghost or demon doesn’t come along to snatch us—we would get up and be active. Activities during this time ranged from reading, writing, praying, or copulating with your partner in bed. In 16th Century France, it was advised that this was the best time of night to conceive. The two periods of sleep in a day pattern is also apparent in the Early English ballad, “Old Robin of Portingale,” that reads: “And at the wakening of your first sleepe You shall have a hott drinke made, And at the wakening of your next sleepe Your sorrowes will have a slake.”[9] 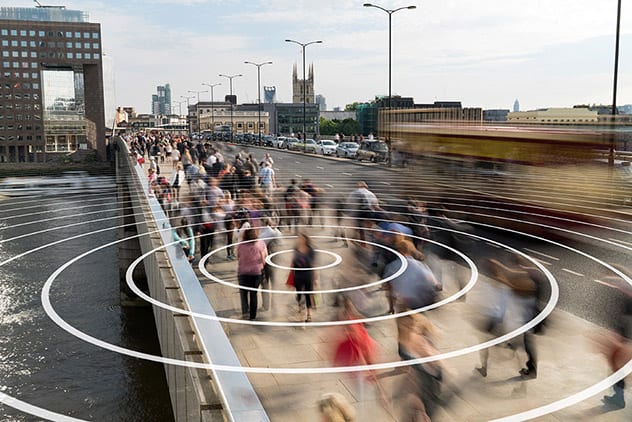 Roger Ekirch’s research also found that we were more likely to wake during the night due to domestic appliances rather than paranormal activity. Cell phones, TVs, stereos, and air conditioners all emit wireless energy known as EMF (electromagnetic field), and many of these we sleep right next to. The light on our cell phones slows down the production of melatonin which is the hormone that controls our sleep cycle. Many of us will be staring at our phone screens late at night, reducing our melatonin, and then left wondering why we are experiencing a night of disturbed sleep. The use of electronic devices late into the night also keeps your brain alert, so you will be more likely to see that strange shadow dart across the room and believe something is there when it’s likely not.

Many ghost hunters use an EMF meter to determine if something from the paranormal is present. Unexplained fluctuations on the meter determine whether you’re in a hot spot for ghostly activity or not.[10]

For more lists like this, check out 10 Things Sleepwalkers Do (Other Than Walk In Their Sleep), and 10 Creepy Accounts Of Sleeping With The Dead.