Red, blue, black, or white, every citizen of the United States is part of a united country. But that doesn’t mean some shady things haven’t happened, and we may or may not be proponents of it! Conspiracy theorists have some of the most outrageous ideas, but when coupled with historical events, locations, and political leaders, they just might be onto something. Here are 10 political conspiracy theories that would actually make sense.

Related: 10 Dark Conspiracy Theories That Actually Turned Out To Be True

The Mount Rushmore National Memorial is a giant sculpture carved into the Black Hills of South Dakota. The idea stemmed from Doane Robinson in 1923 and enlisted the help of Danish-American sculptor Gutzon Borglum. Construction took place from 1937 to 1941, but in 1938, Borglum began secretly blasting away at the rockwork for what would become the Hall of Records. This room was meant to be a vault containing the nation’s history and important documents, but when Congress found out, they ordered the funding be spent on the presidents and not the Hall of Records.

Borglum died in 1941 before he completed the sculpture, and theorists believe his son continued his father’s work by finishing the hidden room and filling it with money. The mountain itself, Rushmore, was named in 1885 from a New York lawyer surveying gold claims in the area. The Hall of Records is and will remain sealed off from the public, leaving everyone wondering what is hidden behind Mount Rushmore.

Besides the synth music, rockin’ hair, and stylish leggings, the ’80s also brought a slew of political turmoil leftover from the Cold War. The ongoing rivalry between the United States and the Soviet Union was waged mainly on political, economic, and propaganda fronts. One theory is that the C.I.A. created HIV to attack homosexuals and the African American community. The theory has links to Soviet propaganda and that the idea originated from them intending to implicate the United States as purveyors of biowarfare.

These circulating rumors became known as Operation Infection. While the two countries sound like many teenagers starting rumors about their classmates, it’s left conspiracy theorists scratching their heads for decades.

It’s no secret that Dr. Martin Luther King Jr. was, is, and will remain a civil rights legend. His principles and influence continue to impact the world today. So how is it that MLK was killed so easily? His alleged murderer, James Earl Ray, fled the crime scene after Dr. King was shot, and police quickly found a pair of binoculars and a rifle with Ray’s fingerprints on it. Ray was arrested two months later, trying to flee various countries.

What he was running from is unclear—Here’s why: Ray confessed to the crime then, three days later, recanted his confession. He began to claim that a man using the alias “Raul” was involved. Ray stated that he didn’t personally shoot Dr. King, but he may have been involved without knowing it. Theorists wonder why the evidence was so easily found at the crime scene if it took Ray two months to be found. Another theory is that the FBI had a smear campaign against Dr. King due to President Lyndon B. Johnson’s goal for peace in the nation.

Did President Roosevelt Know About Pearl Harbor? | Codes and Conspiracies

Franklin D. Roosevelt served as President of the United States from 1933 to 1945. World War II started in 1939, but it wasn’t until 1941 that something happened to provoke U.S. involvement—the bombing of Pearl Harbor.

Many conspiracy theorists believe that FDR was withholding information about the Japanese attack because he needed an excuse to get America involved. It’s been proposed that without the public’s approval and their outrage for the attack, any participation in the second world war would have caused even further unrest in the country. 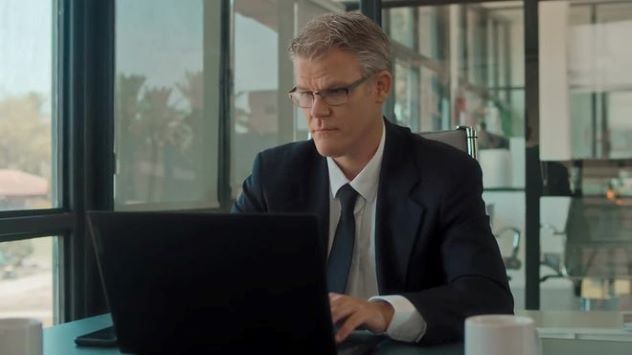 Reddit is a hotspot breeding ground for conspiracy theories, and one idea floating around on the ethernet is that the FBI is the one starting these threads. Doing so allows the government to keep tabs on what people know and don’t know, discredit ideas, and even propose new ones to throw people off when they get too close to the truth. It’s a theory that makes sense, but I sure hope the FBI has something better to do than troll its constituents.

The Roswell incident of 1947 involved a large object that crashed in New Mexico. What the object is, however, remains ever elusive. Many speculate it to be a spacecraft, aircraft, or a plain weather balloon. This has connections to Area 51, located in Nevada, and is a highly classified U.S. Air Force base. It’s believed to be the storage location of the remains from the crash where it can test and understand the technology of the craft’s remains.

However, some conspiracy theorists believe that Area 51 is actually a decoy for the crash site’s real location. Other conspiracy theorists think this misdirection is an even bigger military coverup for a Soviet aircraft. Whatever you believe, just don’t try to storm the gates of Area 51.

The Scary Mystery Behind The Denver Airport

Citizens and conspiracy theorists alike question why the Denver airport was built in the first place since there’s an airport closer to the downtown area. The majority of airports are government-funded construction projects, albeit state and local governments. Still, this place has some weird elements you can’t help but notice—like the 32-foot tall statue of a blue horse with glowing red eyes. Apparently, it killed its sculptor, Luis Jimenez, so visitors have given the art piece the name “Bluecifer.” There are also statues of the Egyptian god of death, Anubis, a mural of the devil, and a talking gargoyle. The cherry on top of this weird airport is that an aerial view shows the runways create the shape of a swastika.

There are plaques with the Masonic Square, a symbol of architects and masonry workers, which seems relatively harmless. But, it makes a triangle that leaves theorists to believe it has connections to the Illuminati. The airport was dedicated on March 19, 1994, and when the numbers are added together, it totals 33, which is the number of perfection in Freemasonry.

The airport has acknowledged the conspiracy theories surrounding it and dedicates all of October to them, leading theorists to wonder if it’s to hide their own intentions in plain sight.

Here’s The Truth About John Dillinger

American gangster John Dillinger was a notorious criminal during the Great Depression. He led a group called the Dillinger Gang and was one of the first felons in organized crime. After robbing twenty-four banks and four police stations, Dillinger was imprisoned but escaped twice. He was charged, but not convicted, of killing a police officer. A woman that Dillinger had been sleeping with informed the FBI where they could find him, but when officers confronted Dillinger at the movie theater, something happened that was out of character for the gangster.

Instead of pulling a gun, he tried to run and was gunned down. This was supposed to be the gangster who wore a bulletproof vest in a shootout, the same man who once drove hours with a gunshot wound to find refuge. This outcome has led conspiracy theorists to wonder if the government got the wrong guy. When the coroner examined Dillinger’s body, it was reported that the corpse’s eyes were brown, but Dillinger’s eyes were blue. Theorists believe that the FBI provided a body double to cover up their killing of an innocent man.

Any time you’ve turned on a light switch, you have Nikola Tesla to thank. The electrical engineer actually worked with Thomas Edison for a time before pursuing his futuristic ideas on his own.

One of these ideas was Tesla’s “teleforce,” or death-ray. The weapon utilized charged particle beams and was theorized to shoot down aircraft from 250 miles away. He claimed it had the capability to “end wars.” Of course, nothing makes people richer than war, so this was something governments of the world couldn’t have.

Conspiracy theorists believe that Tesla faced so much adversity against building the teleforce that his funding was cut due to political interference. Once Tesla passed away in his hotel room, the FBI seized his belongings and had them studied by the National Defense Research Committee and an MIT professor. Theorists have wondered if Tesla really did have a weapon that could end wars and feel that it shouldn’t have been something confiscated but celebrated.

The U.S. public school system is completely free to everyone in the country, from kindergarten to senior year of high school. And then undergraduate and graduate programs are a slap to the face with their tuition fees. This has not gone unnoticed by conspiracy theorists who realized that those who join any military branch receive subsidized higher education. It’s led many to believe that the U.S. offers free higher education because they want people to join the military to serve the government’s political agendas.