So often, what’s considered good and bad in art can be dictated by a very small group of people working within very narrow parameters. That’s why outsider art is such an important thing, then. It allows for mediums to grow beyond these constrictions, usually with no fear of being rejected, as so many of the figures that fall under this banner separate themselves from the rest of the world, choosing to work on their own terms instead.

However, this can lead to some of the purest and most honest works you’re ever likely to see. With the quality of these ranging from high to low, the creativity that’s on display is never up for debate. So, let’s take a look at ten of the best outsider artists today, starting with…

Manchester-born musician Chris Sievey’s career started off fairly normal as, like so many others in working-class 1980s England, he would get heavily involved in the punk scene. From this influence, he would form his own band, The Freshies, around this time.

That said, his real breakout as an artist wouldn’t happen until he created a superfan character for the group named Frank Sidebottom. The purported man-child had an oversized papier-mâché skull for a head and spoke in a distinct nasally voice.

Pretty quickly after this, Frank would catch on so much that he took over Sievey’s life entirely, with the character launching his own music career. From there, Frank would often sing the praises of his native Timperley in purposely awful tunes, all while simultaneously hosting a chat show live from his garden shed. He also featured as a regular on the Manchester club circuit, where his naïve comedy stylings often brought the house down.

But while his creator would eventually tire of Frank’s overwhelming presence and retire him for a period starting in 1995, he would remain popular enough to inspire the 2014 movie Being Frank, starring Michael Fassbender as a character loosely inspired by the cult figure himself.[1]

Swiss artist Adolf Wölfli was actually one of the first to ever be given the label of outsider artist and so, in many ways, is a grandfather of sorts to the entire movement. And his body of work would span drawings, music, and literature. His art would see him create highly intricate pieces that acted as a visual reflection of his own psychosis, something which had developed after a childhood of both physical and sexual abuse.

Not only was this artwork—much of which was drawn in pencil—extremely impressive given his untrained status, though. It would also include idiosyncratic musical notation buried within it, with this allowing for it to be recorded by notable figures in the industry such as Terry Riley and Graeme Revell in the years following Wölfli’s death.

And as if that wasn’t enough, Wölfli would also begin writing his own self autobiographical novel in 1908, an epic that eventually stretched across 45 volumes and included 25,000 pages and 1600 illustrations.[2]

Florence Foster Jenkins: A World Of Her Own

Florence Foster Jenkins will probably be one of the more well-known entries on this list, primarily because of the Meryl Streep biopic made about her in 2016. For those who haven’t seen that, though, she was, in short, one of the worst operatic singers of her time. However, she was one who, given her socialite status, was able to afford to put on grand shows at the likes of Carnegie Hall anyway.

But while many came to listen to her ironically, often laughing at the poor performance she was giving, this didn’t seem to bother Florence at all. Instead, when asked about this, she would famously reply, “People may say I can’t sing, but no one can ever say I didn’t sing.”

And sing she did, all the way to the top as it so happened. She proved that you don’t need to have the most talent to succeed, just the most passion and persistence, something which our next entrant learned a lot from too.[3]

/ The Room / THIS IS GREATEST MOVIE I’VE EVER SEEN

If you’re aware of Tommy Wiseau, then it’s likely due to his 2003 cult classic The Room, a film that’s often labeled amongst the worst ever made. And while it is undoubtedly bad, with every decision from a direction and production perspective seeming to be the wrong one, it remains fascinating entertaining regardless, partially because of how sincere it feels.

Yes, everything Tommy does is, for better or worse, one hundred percent his. And this has allowed fans a rare glimpse into his psyche as, outside of his movie work, very little is actually known about him, with his age, country of origin, and source of his seemingly bottomless fortune still remaining unclear to this day.

Hopefully then, fans will get a new insight into the notoriously strange figure when his upcoming new movie Big Shark is released. So whether he’s accepted by the Hollywood system or not, he remains one of the most beloved filmmakers around right now because, regardless of the quality, you can feel the love in every frame.[4]

The Secret Life and Art of Henry Darger

Growing up in Chicago at the beginning of the 20th century, Henry Darger would, as a result of early bad behavior, spend time in an asylum, something which no doubt helped to shape his later reclusive attitude.

Today though, he’s best known for being the author of In the Realms of the Unreal, a 15,145-page work filled with his own writings and illustrations, the most memorable of which is “The Story of the Vivian Girls.” This tale features an elaborate mythology and sees Darger himself appear as the titular children’s protector.

None of this would be shown to the world during his lifetime, however. No, it wouldn’t be until after he’d died that his magnum opus would come to light. And many, after reading it and seeing the subsequent illustrations, questioned whether or not Henry showed pedophilic tendencies, something which may have contributed to him being such an outcast in life.[5]

Diagnosed with schizophrenia while in his thirties, Wesley Willis was able to channel his suffering into some of the most bizarre music ever recorded. With a spoken-word punk rock style, he performed passionately over the same basic Technics keyboard beats, using absurd and often obscene lyrics to get his message across.

And this reason for doing this was, in his mind, so he could keep the demons at bay. This was something he seemed able to achieve for a little while, at least with songs such as “Whip the Llama’s Ass,” “Casper the Homosexual Friendly Ghost,” and “Rock ‘n’ Roll McDonalds.”

These hits, among others, would eventually find Wesley a cult following. in fact, the oddness of his work struck a chord with the ’90s generation, turning him into a hero for the disaffected everywhere.[6]

Vivian Maier is another outsider artist whose work came perilously close to never reaching the public at all.

In life, she’d spend 40 years working as a nanny while, unbeknown to the rest of the world, she was building up a portfolio of impressive photography at the same time. Her dedication saw her snap more than 150,000 shots, most of which focused on the people and the architecture of Chicago, New York, and Los Angeles.

Seemingly having no interest in seeking accolades or recognition, however, her photographs would go unpublished during her lifetime. Surprisingly, many of her negatives were never even developed at all.

But all that would change when, after her death in 2009, her photos were discovered by a group of art collectors. They subsequently shared them online, resulting in her becoming a viral sensation and receiving much posthumous critical acclaim for the stark and uncompromising humanity of her work.[7] 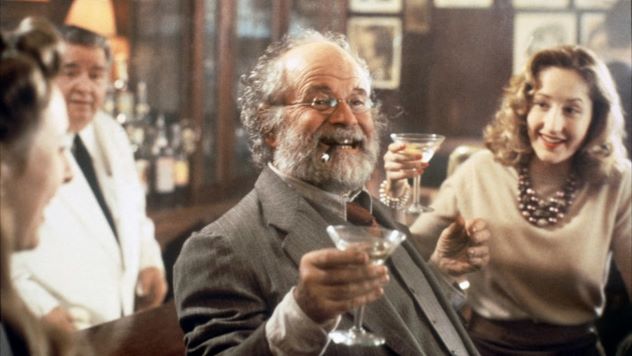 As with so many other outsider artists, Joe Gould, also known as Professor Seagull, refused to ever take the easy path. Despite growing up in an upper-middle-class family and attending Harvard University, in fact, he would spend adulthood enduring repeated periods of homelessness. Apparently, this was something brought on by his lifelong struggles with mental health that saw him dip in and out of psychiatric hospitals and struggle to hold down a job.

Still, he remained friendly with many other heavyweights of the literary scene at the time, such as E.E. Cummings and Malcolm Cowley. These friends encouraged him as he set about creating what he believed to be his masterwork, An Oral History of Our Time. This would allegedly be the longest book ever written and one which would aim to tell the life stories, word for word, of everyone he had known across his life.

Unfortunately, the book would never end up being published, so it’s unknown if he achieved this lofty goal, but those few who saw extracts did attest to its gigantic length. Ezra Pound even once claimed that a mere fragment he got to read came in at around 40,000 words in length.[8]

Like others on this list, James Hampton lived somewhat of a secret double life. By day he was a janitor. But at night, he was quietly creating a huge work of religious art that he would later name The Throne of the Third Heaven of the Nations’ Millennium General Assembly.

It all started in 1950 when he rented out a garage in northwest Washington. From there, he spent the next 14 years using only scavenged materials such as aluminum, gold foil, old furniture, and cardboard, creating an intricate piece that included a seven-foot-tall throne, dozens of altars, and numerous crowns, lecterns, tablets, and pulpits.

In his writings, Hampton himself would describe this as a monument to Jesus Christ. He’d decided to build the enormous art piece after having been visited by God, Moses, the Virgin Mary, and Adam on multiple occasions. Sadly though, none of this would be discovered until after his death. After he’d passed away from stomach cancer, the owner of the garage unlocked the garage to clear it out, discovering the masterwork. It has since been placed on display at the Smithsonian.[9]

To his fans, listening to Daniel Johnston’s music can be a quasi-religious experience. There’s something so pure about it, in fact, that it can often draw you right back into your childhood, where everything once seemed so simple and peaceful.

As for Daniel himself, though, he had no such peace as he’d spend his life struggling with bipolar disorder/ This caused him to cycle through numerous psychiatric institutions throughout his adult life.

But what makes him so special is the way he was able to take this pain and turn it into some of the most heartfelt music ever recorded. Sure, it was usually done on 8-track tapes with instrumentation provided by a Casio keyboard. However, even with these limitations in place, if you listen to songs such as “Just Like a Widow,” “The Story of an Artist,” or “Walking the Cow,” you can hear all the same brilliance that was there in the likes of The Beatles and Elvis Presley before him.

In some ways, even more so because, with his childlike production and lyrics, Daniel Johnston was able to evoke a sincerity that could only be achieved in outsider art. And this sincerity will see him still remain beloved to audiences years after his death.[10]