Optical illusions often go viral on the internet. Is the dress beige or blue? Are the shoes turquoise or pink? These types of illusions are mostly attributed to how a person perceives color. Some illusions, however, depend on just the right conditions to freak people out.

Here are 10 optical illusions that are sure to mess with your head (and you don’t have to blame the alcohol this time!).

The Weird Optical Illusion that Changes the Moon’s Size

Have you noticed how the moon grows smaller as it rises? It actually doesn’t. That’s just your average, run-of-the-mill optical illusion. The moon is exactly the same size on the horizon as it is when it’s high up in the night sky. Hard to believe, right? It is said that you can prove this by taking a photo of the moon in both stages and then comparing the outcome.

But what about those photographs of the moon that make it look huge? That is simply a zoomed-in view. What isn’t an illusion, though, is the yellowish, orangey hue the moon has when it’s near the horizon. This happens because the light from the moon travels a longer distance through the atmosphere, scattering away the shorter blue wavelengths and leaving more of the longer and redder lengths.[1]

Ege Carpets took their TBBT obsession to the next level by designing a space-time continuum carpet that would impress even Sheldon Cooper.

A Twitter user noticed the carpet in a store, and after he posted a picture of it, it was retweeted nearly 100,000 times in one day. The rug seems to dip in certain places, which would definitely make it difficult to navigate over, especially if you’re on the other side of tipsy. And yet, the “potholes” are just a trick of the mind as the carpet is just as level as any other.

If you need something a little quirky for your own home, you could invest in a 3D Bottomless Hole Optical Illusion Area Rug. You’ll always feel like you’re about to fall headfirst into a portal. but it will probably never stop being the center of conversation at your house parties.[2]

Sometimes nature can be really weird. Scientists doing research in the depths of the Pacific Ocean in 2019 found something oddly magical 2,000 meters (6,561 feet) beneath the surface.

With the use of a remotely operated vehicle, lead scientist Mandy Joye and her team were exploring a hydrothermal vent in the Guyamas depression when they saw the underside of a rock overhang that was so perfectly level that the sea life before it appeared in a perfect reflection. When the ROV’s angle shifted, the “vision” shattered, and a vast space opened up that glittered like diamonds.

The illusion was caused by the hot water seeping from the vent, which rises when it mixes with the colder ocean water. As it rises, it comes into contact with the rock formation and becomes trapped, filling the overhang. The temperature difference between the hot water and cool seawater causes light to slow, creating the mirror-like illusion.

As for the shiny minerals, the scientists didn’t know exactly what they were looking at but we’re almost certain that it would have been pyrite.[3] 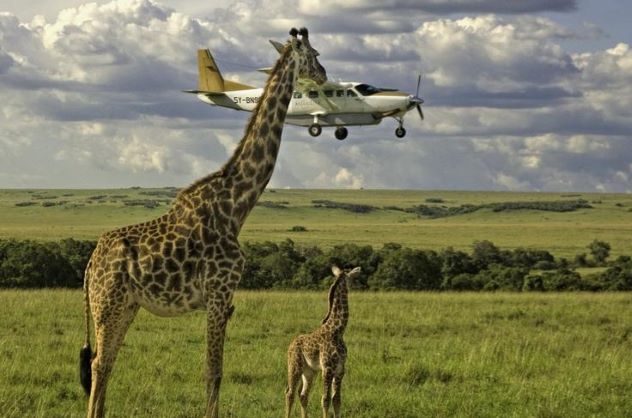 The entries for the Comedy Wildlife Photos contest in 2017 delivered quite a few hilarious snapshots.

It also delivered a funny optical illusion of a giraffe that appears to be eating or at least taking a peek into one of the windows of a small aircraft. The angle of the photograph, taken in Masai Mara, Kenya, is perfect, and it has been a source of entertainment on the internet ever since.

Another mindboggling illusion featuring an animal is the well-known photograph of a cat on a staircase, going either up or down depending on whom you ask. Is it possible that it’s Schrodinger’s Cat, and it’s going up and down at the same time?[4]

So, if you could choose, would you want the illusion you’re seeing to turn out to be the real deal or just a variation of the Fata Morgana phenomenon?

In 2021, a UFO appeared over the ocean in Alaska’s Glacier Bay National Park. Well, the illusion of a UFO, at least. It was soon determined that it was merely a Fata Morgana mirage that occurred because air of different densities met, leading the Earth’s atmosphere to act as a refracting lens, which in turn created the illusion.

This is also what leads to “ghost ship” or “floating ship” sightings. Fata Morgana has even been suggested as a possible reason for the myriad of Flying Dutchman sightings throughout history.[5]

Is This Boat Floating In Mid-Air? No! But Here’s Why It Looks That Way

Speaking of floating ships, there have been quite a few eerie sightings around the world. One of the most notable images of a floating ship was snapped in the UK in 2021. David Morris was enjoying a day out on the beach when he saw a massive tanker in the distance, seemingly hovering in the air above the ocean. The photo he took of the ship seemed to show blue sky above and below the ship, where it eventually met the sea.

Morris agreed with the Fata Morgana explanation and said he didn’t believe anything supernatural had occurred, even though it most certainly looked like the ship was floating in the air. Two weeks after Morris’s sighting, another mirage was sighted off the Dorset coast when the cruise ship, the Jewel of the Seas, appeared to be floating in the grey sky.[6]

4 Is That a Painting?

DEADVLEI – The most SURREAL place on EARTH

Near the famous Sossusvlei salt pan lies the Deadvlei white clay pan in the Namib-Naukluft Park in Namibia. The camel thorn trees that still stand in Deadvlei died around 700 years ago and are black because of the intense sun burning down on them every day. At an ordinary angle, Deadvlei looks like just another desert backdrop.

However, shot at a low angle while the sunshine glides over the sand dunes in the distance, the trees and their surroundings become the optical illusion of a surrealist painting. The difference between the angles is quite disconcerting, and comparing the two photographs will have you believing that it’s not even the same landscape.[7]

In 2016 a statue, designed by South African artist Strijdom Van Der Merwe, was unveiled in the Western Cape province. The statue, which is the shape of a stairway and made from mild steel tubing, was created for the Hermanus Fine Arts Festival and is currently housed at Creation Farm in the Hemel and Aarde Valley.

The stairway makes for a mind-bending optical illusion when viewed from the right angle, as it looks exactly like drawn stairs reaching up to heaven. The statue attracted worldwide attention, and a version of it went on display in Taiwan in 2021.[8]

If You Saw Three Suns in the Sky, You’re Not Mistaken

If you’re not a fan of hot weather, the thought of three suns beaming down on you will likely make you run for the hills…or Antarctica.

Fortunately, if you ever do see three suns in the sky, know that you’re either very drunk or seeing the sundog phenomenon. In Northern Russia, truck drivers and early birds were treated to this spectacular sight in 2019. It is believed that sundogs are caused by ice crystals refracting light into the sky. The three suns made for great photographs, and many people took the opportunity to spice up their Instagram pages.

Russia is apparently also the place to be if you want to experience the light pillars optical illusion. These pillars sometimes resemble the beam from a UFO but appear when artificial light reflects off millions of floating ice crystals.[9] 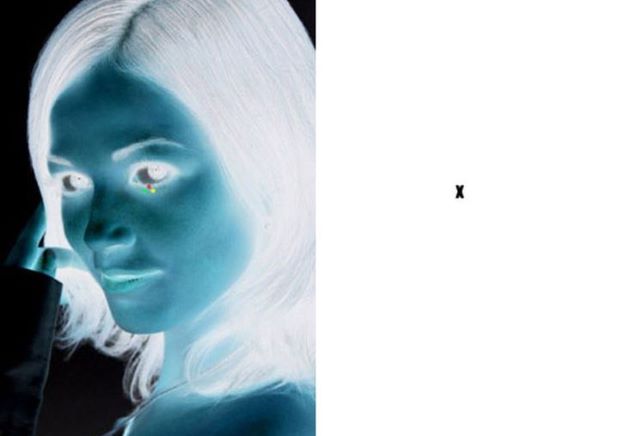 The negative lady illusion is a somewhat creepy-looking photo negative of a woman that is turned into a color image for a split second if you stare at it long enough. In this instance, the negative image of the woman comes with a tiny dot on her nose that you have to stare at for 15 seconds. Then, when you glance at the blank space next to her, you will see her briefly pop up in color.

The illusion works because what you see is a negative afterimage, which means the color you see is inverted from the original image. The same thing happens when you stare at a red image, followed by seeing a green afterimage.[10]