Jumping into a lake or ocean seems like a nice way to cool off on a hot day. Or maybe playing in the waves is more your style by taking a long, relaxing swim. Just don’t think about what’s underneath the surface of the water. And definitely don’t forget your life jacket.

Even strong swimmers can fatigue, and suddenly, the open water becomes a danger zone. If you overexert yourself, you could pass out or not have enough strength to get to safety. And more than likely, a rescue is too far out to save you.

Also, when we step into open water, we don’t always think about whose home we’re entering. Wild animals. Oceans, lakes, and rivers are home to many creatures that have been known to attack humans. Open water swimming is more dangerous than people think, and here are 10 accidents that will make you think twice about diving into open water this summer.

Related: 10 Rare Finds Proving The Ocean Is A Weird Place 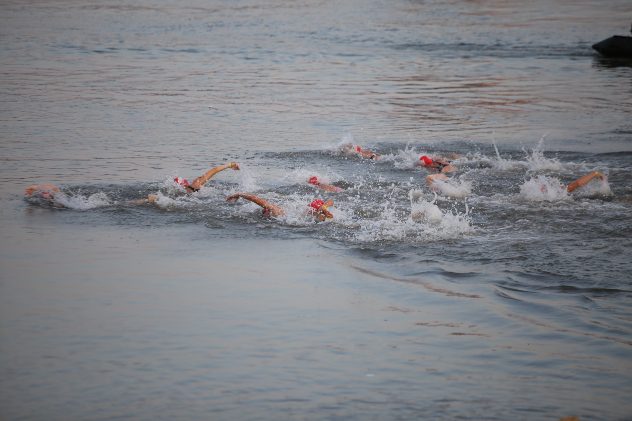 Amy Martich grew up swimming on her high school swim team in Crystal Lake, Illinois. Lifeguarding was always her summer job growing up. In 2011, at age 40, she drowned while competing in the New York City Triathlon. Another swimmer noticed her body unresponsive, face down in the water, and quickly called for help. She was pronounced dead later that day in the local emergency room.

This was very sudden and traumatic to her family. She was such a strong swimmer; her family had never worried about her swimming in open water. This goes to show that open water swimming can be dangerous even for the best swimmers. It’s no joke. 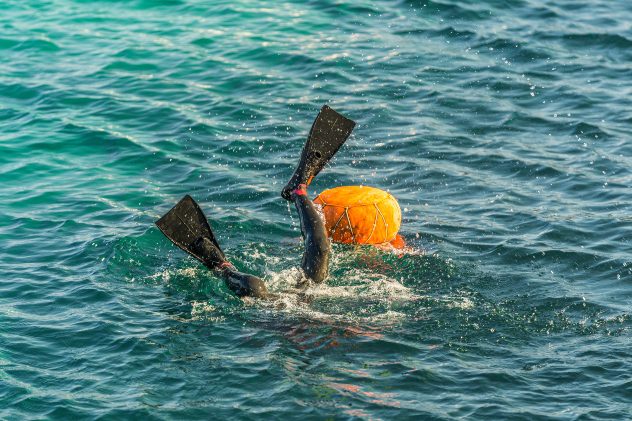 On May 14, 2016, 57-year-old Kevin Frewen stayed under the water too long while abalone diving off the northern coast of California. He was among several friends, but while many of them swam back to their boat to warm up and take a break, stubborn Frewen went off to try to catch abalone.

Frewen went out alone, which is a big no-no in the ocean. Taking a buddy is much safer. His friends found him unresponsive soon after. He probably stayed under the water too long, triggering a heart attack under the water.

Frewen was very fit. He ran every day, coached high school wrestling, and worked a manual labor job. He was very tough, but his stubborn toughness is likely what cost him his life. It’s important to remember not to try to just “tough it out” in open water. Come up or take a break if you think you’re getting fatigued. There’s no shame in being safe rather than sorry.

In 2020, WWE professional wrestler Shad Gaspard’s body was found at Venice Beach in Los Angeles, California. He had been swimming with his 10-year-old son, Aryeh, when he got caught in a rip current. Lifeguards rescued his son, but Gaspard wasn’t able to be rescued in time.

It’s crazy to think that a day at the beach could end like this. Especially when we think about how he was famous. We often think that famous people are invincible, but they’re not. They are human, just like us, and this could happen to anyone. He was just playing in the waves with his son.

In 2011, 13-year-old Dylan Ramsay decided to go swimming in Hilltop Quarry to cool off on a hot summer day. He was found and pronounced dead at the scene. His mother has shared that he was a strong swimmer and very athletic. She has become an advocate for teaching people how dangerous open water swimming can be. Ramsay likely suffered from cold water shock, which many people don’t know anything about.

Cold water shock can cause your heart rate to increase and cause heart attacks.

His mother continues to tell Ramsay’s story to warn people about the dangers of open water swimming.

In 1916, 28-year-old Charles Vansant was the first of the “Jersey Shore Attacks” that took place that summer. He was out swimming at Beach Haven when a shark attacked him. He was swimming with a dog that had been on the beach, so when people heard him screaming, they thought he was yelling at the dog. In actuality, he was being attacked by a shark. His leg was bitten, causing him to die of blood loss later that day.

Three other people were attacked on the Jersey Shore between June 1 and 12 in 1916, resulting in four deaths and one injury. Sightings of great white sharks and bull sharks were reported that week, so these are likely the species responsible for these attacks.

The ocean has dangerous animals that should cause you to think twice before taking a casual swim. Anything can happen.

In 2018, Irene Chan was attacked by a sea lion while swimming at Aquatic Park in San Francisco. She had been a frequent open water swimmer in the area for thirty years. In 2018 though, she was out swimming when a sea lion started swimming directly beneath her and then bit her knee.

She survived the attack but is very lucky. Had the sea lion nicked a tendon or artery, this could have been a very different story. Though cute and looking seemingly harmless, wild animals can be dangerous. They are called wild for a reason.

In 2010, 26-year-old U.S. National Swimming Team member Fran Crippen was competing in an open water race in the United Arab Emirates. He had told his coach earlier in the day that he wasn’t feeling very well yet decided to compete anyway.

All the other swimmers made it in, but Crippen still hadn’t been seen. Some of the other swimmers went back to look for him. They found his body near the last buoy. He was unconscious. It is likely that he over-exerted himself and then drowned. The water was reportedly in the 26.7°C (80°F) range, so many swimmers felt heat exhaustion after the race. He has pronounced dead at the hospital soon after.

This shows us how dangerous open water swimming can be even for professional swimmers. Had Crippen been in a pool, he would have been rescued, but because he was in open water, no one was around him, resulting in his tragic death.

Hawaii Falls Have Deadly Side

In June 2011, 35-year-old Santhosh Heddesse from Irvine, California, was vacationing in Hawaii. He decided to visit a popular tourist stop, the Kipu Falls Swimming Hole. This is a well-known spot to jump in and cool off on the island of Kauai. Heddesse jumped in and got sucked back into the water by a powerful current and could not make it back to land. He drowned and was found at the bottom of the pool an hour later.

This spot had five deaths in the five years leading up to Heddesse’s death. This has raised the question if there is a whirlpool current in this swimming hole. Perhaps this is not a great place for tourists to visit for a swim while on the island. 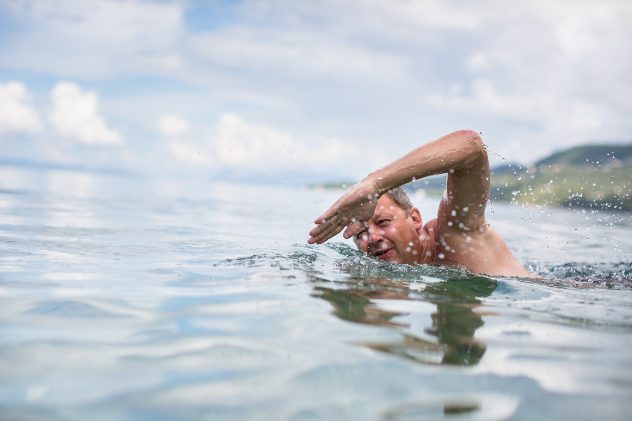 George Wendt, a 73-year-old high school teacher, drowned on September 11, 2021, during the 30th Annual Big Shoulders Open Water Classic. Around the 800 block of the race, Wendt was found unresponsive. He was then taken to the local hospital, where he was pronounced dead.

Wendt was a lifelong swimmer, so this was a huge shock to everyone who knew him. He was the president of the Chicago Masters Swim Club and had competed in the 2018 U.S. Masters Swimming Spring National Championships. He was also in his high school’s Hall of Fame for swimming.

His death was ruled an accidental drowning. This should be a lesson to all of us of just how dangerous open water swimming can be, even for strong swimmers. It shouldn’t be so casual.

Perhaps one of the most well-known animal attacks is Bethany Hamilton’s. Multiple films and documentaries have been made about Hamilton. On Halloween of 2003, 13-year-old Hamilton was surfing with her friend at Tunnels Beach, Kauai. While taking a break, she was lying on her surfboard when a tiger shark attacked her, biting off her left arm. She lost 60% of her blood and almost died. Luckily, she was rushed to the hospital fast enough and survived the attack.

Hamilton was a nationally ranked surfer and very comfortable in the water. She had been surfing at this beach many times before. Hamilton’s spunk and tenacious attitude did not stop her from returning to the water. She still surfs, but now with her children and husband.

While Hamilton’s type of attack is very rare, it does happen. The ocean is a dangerous place, so you’d better stay alert and be careful as you adventure in the deep blue this summer.