People go to the mall to shop, eat, or enjoy its air conditioning. But nobody goes shopping to get scared. Unfortunately, however, there are a handful of malls that feel haunted to the patrons and employees who frequent them.

Want to know which ones they are and why they’re considered creepy? Strap yourselves in as we take a tour of the 10 most haunted malls in the world. Visit any of these 10 haunted malls and have a BOO-tiful shopping adventure with some loitering ghosts.

Related: 10 Most Haunted Buildings In New York City And Their Backstories 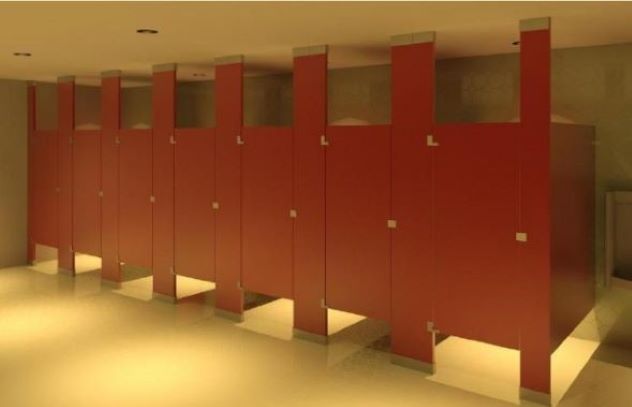 The ghosts in CherryVale Mall in Rockford, Illinois, are quite naughty. Employees often complain of feeling like they’re being watched at night while closing down the stores. When they reopen the next day, many of the products are usually in disarray.

Here’s an important tip when shopping at CherryVale: Don’t go to the bathroom alone. Some people have reported using the bathroom and having an “unknown force” hold the bathroom door shut. Now that would just be pee-in-your-pants scary![1] 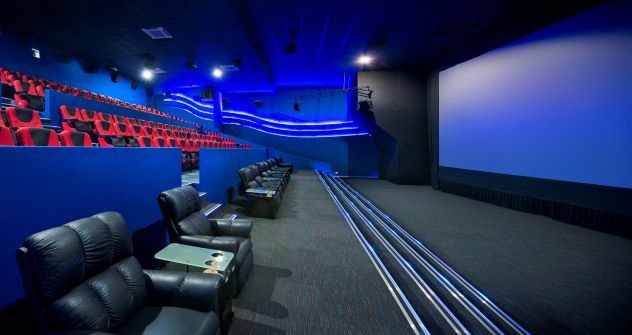 Alabang is the business district of the city of Muntinlupa. In the 1990s, the sprawling district transformed its skyline with large buildings in favor of business and commerce. Part of that transformation entailed building over a cemetery. In its place stands Star Mall Alabang, considered one of the scariest haunted places in Metro Manila.

According to lore, the spirits became enraged that their place of rest was turned into a source of loud entertainment for many Filipinos. Can you blame them?

One of the funniest (or scariest) stories is about a couple who was laughing loudly with the rest of the theatergoers while watching a movie in the cinema. As the credits rolled and the couple got up to leave, they were startled to realize they were the only two people inside.

Apparently, Star Mall Alabang is like The Sixth Sense in real life. Some will see dead people walking around like real people.[2] 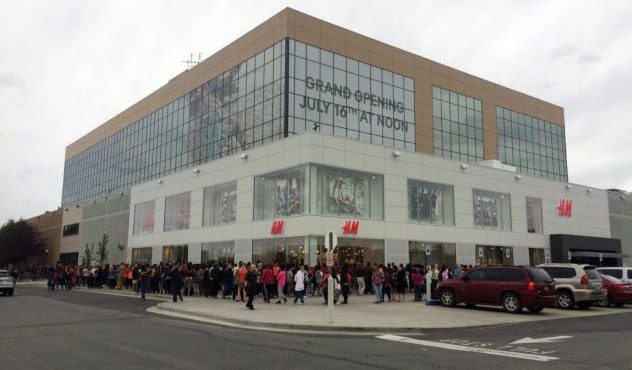 At the Dimond Center in Anchorage, ghosts don’t go “boo” at people. No, they’re far too refined for that. Instead, you’ll hear drums and flute music. Now, that’s the kind of haunting people, particularly music lovers, will surely enjoy.

Dimond Center stands on an ancient burial ground of Native Alaskans. When it was built in the 1970s, construction workers found a few burial sites. Since there weren’t that many, development continued until the mall opened in 1977. It is now one of Alaska’s most important landmarks. However, some of the mall goers claim that the Native Alaskans are haunting Dimond Center’s hallways.

Many claim to have seen Native Americans wandering inside the mall in their native clothing. Some people also say that they’ve heard drums and flutes playing. 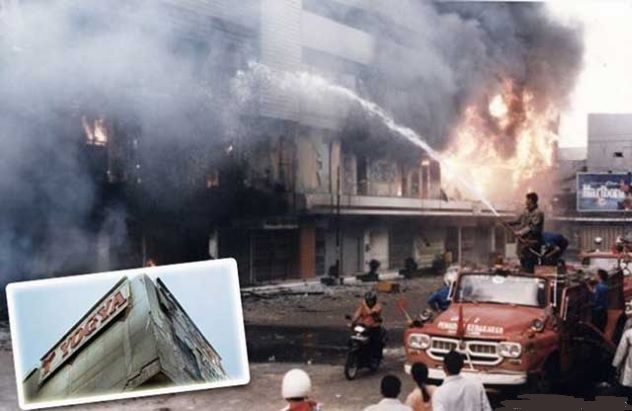 Imagine going to work in a mall and seeing the charred toes of children on the floor. If you’re a janitor from Yogya Department Store, you will simply sweep them up and throw them away. It’s a common occurrence, after all.

Some have it a tad easier—just complaints of noises like crashing tables and shattered glass. Though they’re just noises, the experience is no less eerie.

You’ll be even more creeped out when you hear the history of the Yogya Department Store.

The 1998 Asian financial crisis prompted deadly riots in Indonesia that killed more than a thousand people. Some of these people were trapped in the mall where Yogya now stands. It caught fire, burning them alive. There were rumors that the fire that destroyed the mall was intentional.

In 2000, Yogya was erected in its place. Many believe those who perished in the fire are walking around its hallways, looking for justice.[4]
https://www.latimes.com/archives/la-xpm-2010-jul-04-la-fg-indonesia-chinese-20100704-story.html 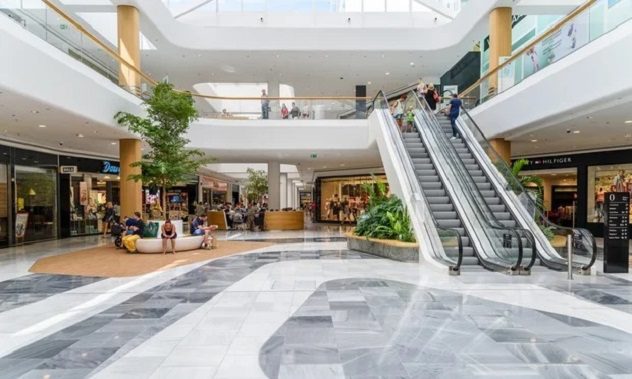 A boy dressed in 1930s attire is often seen wandering around the Westfield Santa Anita Mall in California. Though many have tried calling out to him, he’s quite shy and usually runs away when discovered. The creepy thing is his feet don’t touch the ground, and he becomes transparent.

In case you’re interested in seeing him, he’s usually loitering around the escalators. Sometimes, he goes inside the stores too.

Westfield Santa Anita will soon undergo a change in management as its French owners are planning to sell the mall. Hopefully, the new owners won’t destroy the store and render the boy homeless.[5] 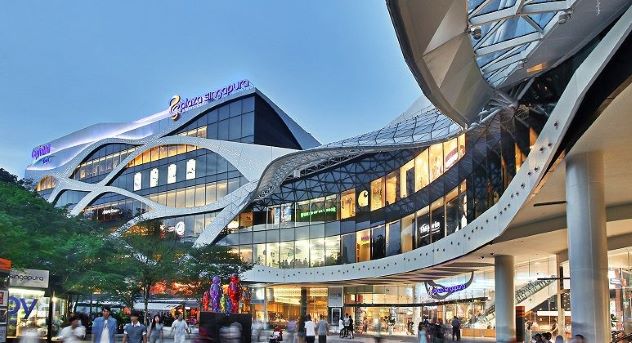 Located along the famous Orchard Road, Plaza Singapura is one of the most famous malls in Singapore and also among the oldest. Many believe it is haunted, especially the toilets on the seventh floor.

According to online forums, people often see a little girl in the restroom. Sometimes, she would be in the cinema. Many believe she is the ghost of an aborted child since the Old Plaza Singapura used to house an abortion clinic on the seventh floor of the mall. The mall has since undergone significant renovations between 1997 and 1999.

Though it’s weird to think of babies growing up to haunt a place, it’s probably just an attempt to give the lonesome child a backstory.[6] 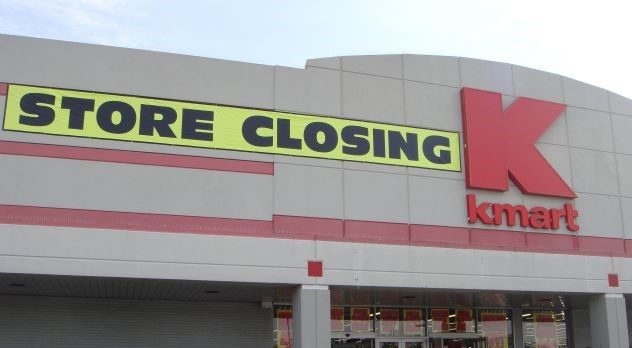 For some reason, Kmart seems to have a fine collection of ghosts on its premises. Let’s start with the one in Mt. Pocono Mall. Apparently, nighttime employees usually see a lady in white milling about.

The ghostly lady must’ve been feeling pretty friendly because it called out to one of the mall employees twice, and it did so using the person’s name! From time to time, feminine products were also known to fall from the shelves. The Mt. Pocono branch is now closed.

Speaking of another closed Kmart, New York’s Astor Place Kmart announced its closure last year. In response, tributes, which included ghost stories, started pouring in. One person said that shopping there made them think of the zombie apocalypse. It’s not really that scary, is it? Perhaps the final creepy Kmart story will take the cake.

Kmart #7625 in Los Angeles was once a Zody’s Store, which was reportedly where a love triangle turned into a gruesome double homicide and suicide. According to the stories, a couple used to work at Zody’s. One night, the man caught his girlfriend in a compromising situation with a fellow male employee. His anger got the best of him, so he got a box cutter and killed his girlfriend and her paramour. He then slashed his wrist with the same cutter.

After the crime, employees would often hear screaming in the stockroom. Sometimes, they would see a girl running in the store. The scariest tale was when an employee suffered a seven-inch laceration on his chest from a knife that appeared out of nowhere. And they say ghosts can never harm the living.[7] 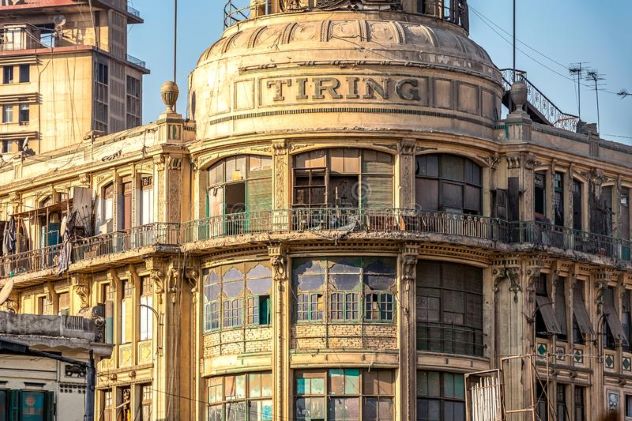 The Tiring Building was one of Egypt’s first department stores. It’s still standing in Cairo, but it’s no longer the bustling commercial establishment it used to be. The change was part of Ataba Square’s natural progression, making Cairo’s business district a historical and cultural hub.

Ataba Square is now the city’s largest marketplace, with Tiring’s many spaces used as storage places for vendors’ goods. But there’s one place vendors would never set foot in: the attic. According to unconfirmed rumors, it used to be an execution chamber. The attic has remained untouched for decades and is sealed with several chains and locks. People are afraid that opening it will set the place’s many ghosts from the past free.[8] 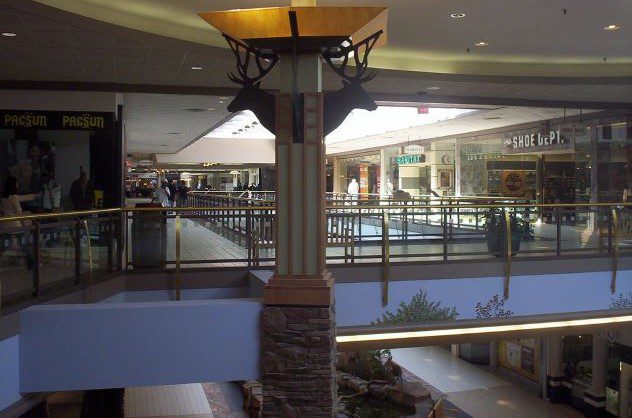 Harrisburg Mall is the second Pennsylvania mall on this list, which begs the question: Why is Pennsylvania so haunted? Incidentally, this is also the top question when you do a Google search about the state. Many say it’s because the Keystone State was one of the locations of the Civil War, which means hundreds, maybe even thousands, of soldiers perished there and are now haunting the living.

But back to Harrisburg Mall: It’s not a soldier that’s been reportedly haunting people. Or at least, there have been no indications that it was a soldier. According to nighttime security guards of the mall, a person would watch them through the glass doors when the JCPenney store would close. They always had a spooky feeling when it happened. Fortunately, the apparition stopped when Boscov’s took over the store.[9]

Perhaps the ghost was a JCPenney loyalist? 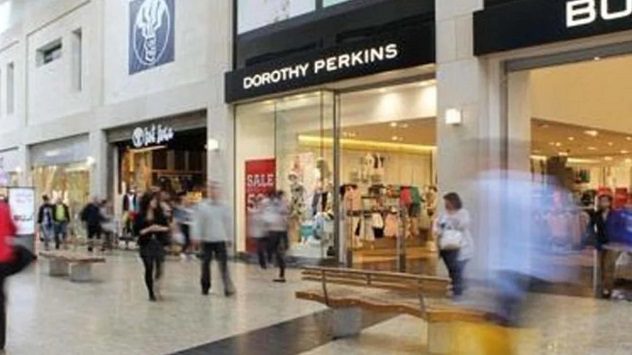 If a ghostly apparition is based on one person’s account, it’s easy to dismiss it as a figment of one’s imagination. However, in the case of Silverburn Shopping Centre, multiple people have seen a woman in black period clothing hovering in different parts of the mall. You read that right! Hovering—meaning her feet were not on the floor, spooking many of the mall goers.

The multiple sightings alarmed Silverburn’s management enough that they called Glasgow Paranormal Investigations. The investigators said the woman’s spirit may have been disturbed when the mall was built or when the new cinema was developed, so it was normal for the spirits to haunt their new surroundings.[10]

Many people enjoy going to the mall. Unfortunately, it seems so do ghosts. It’s hard to determine if ghosts are real since not everybody sees them, and they can’t tell their own stories. What’s important to note is that in most of the stories, ghosts are harmless. They may spook you, but they will not hurt you. As for the Zody’s slashing incident, there was no solid proof that the ghost of the jilted boyfriend was responsible for the injury.