Animals, especially wild animals, are predictably unpredictable. Seemingly cute and cuddly one minute, vicious predators the next. Most people who live close to nature understand this and take reasonable precautions. But these animal attacks from 2022 show that sometimes the unexpected occurs and can have horrifying consequences 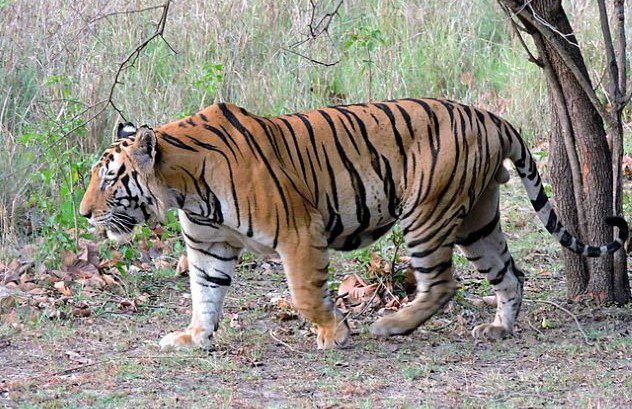 The year 2022 got off to a rough start for three zookeepers at Nasu Safari Park in Japan when they were attacked by a 400-pound (181-kilogram) Bengal tiger. On January 4, the first worker to arrive at the park, a 26-year-old woman, went into the building where the animals are caged to do a safety check. But the tigers hadn’t been locked up properly the night before.

So once inside, she found the tiger, Volta, in the corridor. Volta pounced, eventually biting off the young woman’s hand. Two of the woman’s co-workers heard her screams and tried to help but were also attacked. It took over 30 minutes for the veterinarian on staff to tranquilize Volta. In the end, all three workers were hospitalized but survived. [1] 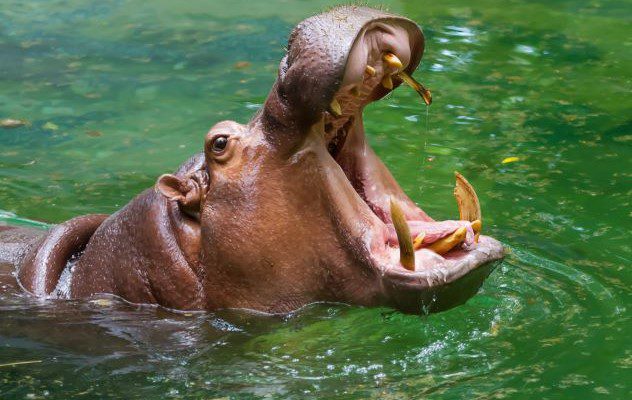 When listing the most dangerous animals in the world, hippos probably aren’t the first creatures that come to mind. However, these huge animals kill approximately 500 people a year. In December of 2022, Iga Paul almost became one of these statistics.

Two-year-old Iga was playing outside his family home in Uganda when a hippo from nearby Lake Edward attacked. Initial reports claimed that the animal swallowed the child whole and then miraculously vomited him up when a neighbor began pelting it with rocks. However, officials later clarified that only Iga’s head and shoulders were in the hippo’s mouth. Either way, the boy is lucky to have made a full recovery since a hippo’s sharp teeth can grow to be 20 inches (51 centimeters) long, and their bite can equal 2,000 pounds (907 kilograms) of pressure[2] 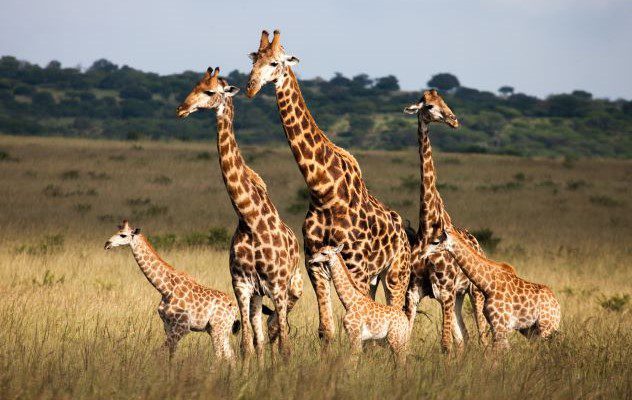 Nicole Panos of South Africa wasn’t as lucky as Iga Paul when she and her children were attacked by a giraffe in the Kuleni Game Park. The park bills itself as a luxury resort for people who want to “experience the abundance and diversity of wildlife” and says guests can explore a variety of trails while getting an up-close look at zebras, wildebeest, and giraffes. However, guests are prohibited from feeding the animals and are encouraged to keep a safe distance.

As an experienced guide at the park, Nicole would have been familiar with these rules but was also used to seeing the animals throughout the property. On October 20, 2022, she was taking her two children back to their cabin when they came across a herd of giraffes. The trio continued past the herd, and although giraffes are normally peaceful, one of them attacked the small family, severely injuring Nicole and tragically killing her 16-month-old daughter. Authorities reported no known reason for the attack but noted that several calves were in the herd and that female giraffes can be aggressive in defense of their young. [3]

Peter Eades was a lifelong animal lover and Alpaca breeder in Australia who also has the sad distinction of being the first Australian killed by a kangaroo since 1936. And not just any kangaroo but one that he’d raised from a small joey. What he didn’t realize is that in 2022, his pet had just hit the turning point age for kangaroos, especially those in captivity. According to wildlife expert Michelle Jones, when a kangaroo is right around three, these cute pets tune into their wild animal instincts, and their behavior becomes unpredictable.

Although fatal attacks are rare, male kangaroos can be aggressive and see people in an upright position as threatening. No one is sure if that’s what provoked Eades’s pet; when a relative found him later in the day, he’d already been seriously injured by the angry kangaroo. Unfortunately for Eades, medical help was delayed even longer because the kangaroo wouldn’t let the paramedics near the man. Police eventually shot the creature, but it was too late for Eades, who succumbed to his injuries.[4] 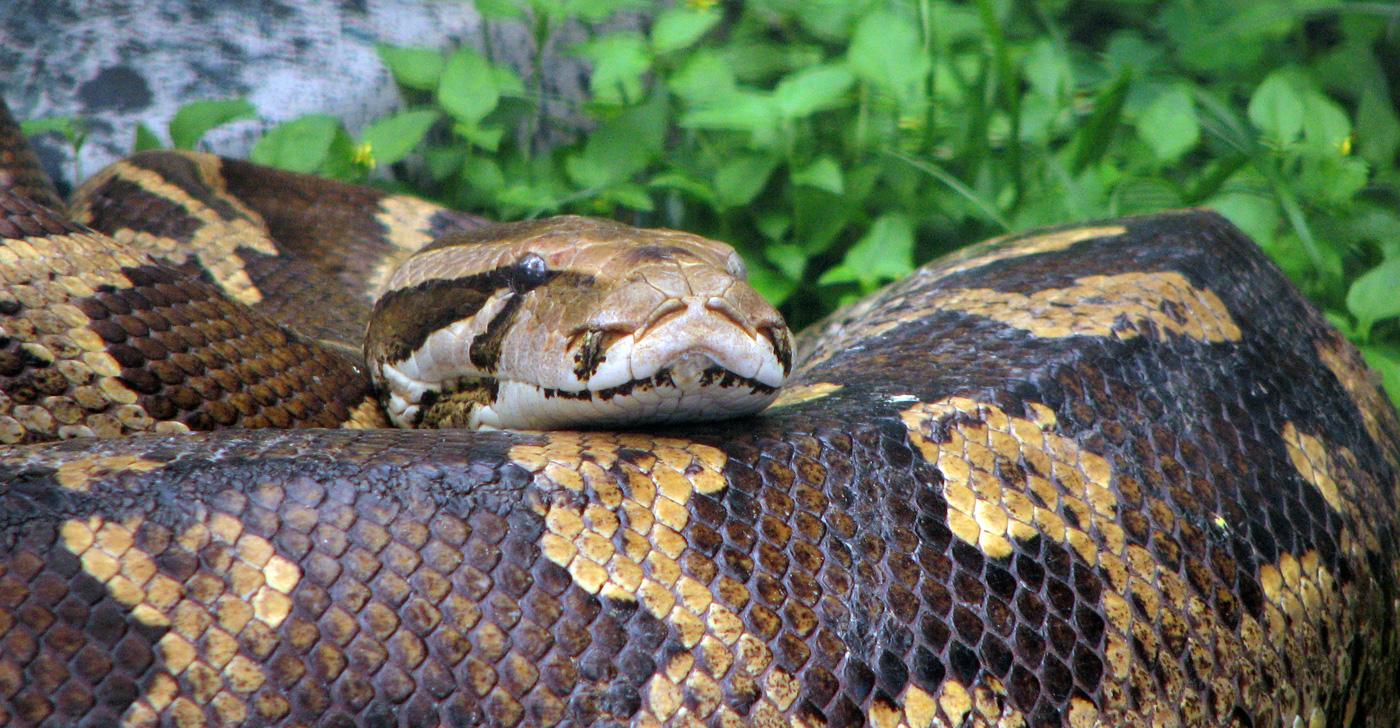 People always say that snakes are “more afraid of you than you are of them.” But that’s hard to believe in the case of a 22-foot-long (6.7-meter) python capable of eating anything that crosses its path. And in October of 2022, a 54-year-old grandmother named Jahrah apparently crossed paths with the wrong snake at the wrong time.

According to her husband, Jahrah left home to go to work and never returned. He later found some of her belongings in the forest and organized a search party. The rescuers found the huge snake with a suspicious bulge in its stomach. Sure enough, once they killed the snake and cut it open, they found Jahrah’s body inside[5]

One of the strangest stories of the year involved an elephant who not only killed a woman but then stormed into her funeral and attacked her corpse. In June, 70-year-old Maya Murmu was walking to a well in Odisha, India, when she encountered an Asian elephant that had escaped from a nearby animal sanctuary. The huge beast trampled Murmu and ran away. Murmu was taken to a nearby hospital for treatment but never recovered.

This is when the story takes an even odder turn. Murmu’s family was in the middle of her funeral ceremony when the elephant reappeared and charged toward the unlit pyre. It grabbed Murmu’s body, flung it in the air, and trampled it again before disappearing back into the brush[6]

Alligator sightings are common in the southern U.S. states. In fact, there are approximately 100,000 of the giant reptiles living in South Carolina alone. Despite their fearsome appearance, alligator attacks are rare. When they do happen, it’s largely attributed to animals that have lost their natural fear of humans. For example, when humans feed alligators and condition them to think of people as a source of food. Or when the gator is surrounded by humans daily and has gotten accustomed to their presence, like on golf courses and in neighborhood ponds.

This seems to be the case in the death of Michael Burnstein in June of 2022. According to reports, Burstein was mowing the grass on the side of a pond at the Myrtle Beach Golf and Yacht Club community when an 11-foot (3.4-meter) alligator lunged from the water, grabbed him, and dragged him back below the surface. Burnstein was then held underwater until he drowned, and first responders were eventually able to retrieve his body.[7] 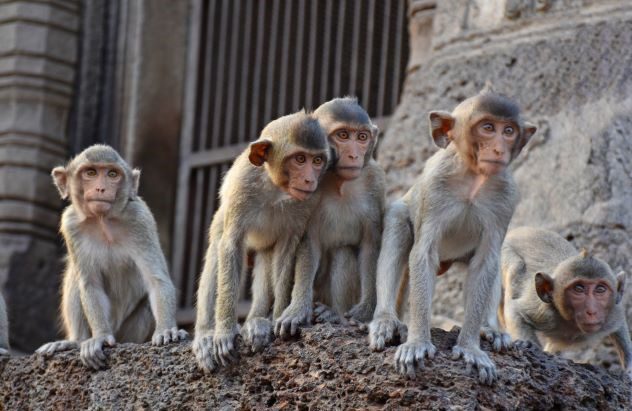 July featured one of the most horrifying attacks of the year when a group of rhesus macaque monkeys attacked a family in Uttar Pradesh, India, and threw the youngest child to its death. According to reports, on July 18, Nirdesh Upadhyay and his wife and infant son went out to relax on their third-floor terrace. While they were out enjoying the fresh air, some of the monkeys that roam the city climbed onto the roof.

Upadhyay tried to run back into the house but tripped and lost hold of his four-month-old son. With terrifying speed, one of the monkeys grabbed the baby and threw it off the roof. By the time his parents had fought their way through the monkeys and rushed downstairs, the boy had died.[8] 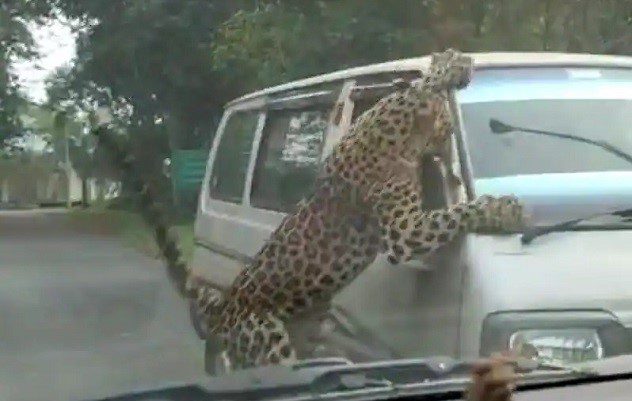 India was also the site of one of the last animal attacks of the year when a leopard injured 15 people on December 27, 2022. It started at the Rain Forest Research Institute campus on a Monday morning in Assam, India, when the huge cat began prowling around, searching for food. For the next 24 hours, the leopard ran rampant through the village, jumping onto vehicles and terrifying residents. The majority of people injured were forest officials, but a woman and two children were also wounded. Luckily, all the victims survived.[9]

Animal attacks usually aren’t uplifting stories, but it’s nice to be able to round out the 2022 list with a story that also shows friendship, bravery, and incredible selflessness. Brady Lowry and Kendell Cummings, wrestlers at Northwest College in Cody, WY, went into the Shoshone National Forest on October 17 to hunt for dropped antlers but found a bear instead.

According to Lowry, the grizzly charged out of the trees and knocked him to the ground. Then it bit him, breaking his left arm in the process. That’s when Cummings jumped in to help, grabbing the bear’s ear and trying to pull the animal off Lowry. His attempts worked a little too well since the grizzly turned its attention to Cummings, knocking him down and biting him too. The wrestler fought back, bravely shoving his hands into the bear’s mouth so it couldn’t bite his neck.

The strategy worked at first, with the grizzly retreating, but then it returned to attack Cummings again, this time crunching down on his skull and face. Eventually, the pair was able to get away and get help. Although hospitalized with serious injuries, both young men survived. Because according to Lowry, the bond between the best friends meant neither would leave the other behind.[10]