Brain teasers are a good way to improve your mind and have some fun at the same time. They usually require lateral thinking and patience. This is a list of my favorite 10 brain teasers. Remember, don’t cheat! Take your time and when you think you know the solution, click the “view solution” link. In no particular order: 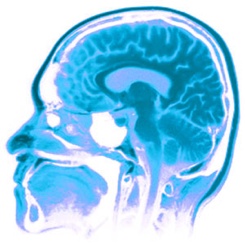 Pirate Pete had been captured by a Spanish general and sentenced to death by his 50-man firing squad.

Pete cringed, as he knew their reputation for being the worst firing squad in the Spanish military. They were such bad shots that they would often all miss their targets and simply maim their victims, leaving them to bleed to death, as the general’s tradition was to only allow one shot per man to save on ammunition. The thought of a slow painful death made Pete beg for mercy.

“Very well, I have some compassion. You may choose where the men stand when they shoot you and I will add 50 extra men to the squad to ensure someone will at least hit you. Perhaps if they stand closer they will kill you quicker, if you’re lucky,” snickered the general. “Oh, and just so you don’t get any funny ideas, they can’t stand more than 20 ft away, they must be facing you, and you must remain tied to the post in the middle of the yard. And to show I’m not totally heartless, if you aren’t dead by sundown I’ll release you so you can die peacefully outside the compound. I must go now but will return tomorrow and see to it that you are buried in a nice spot, though with 100 men, I doubt there will be much left of you to bury.”

After giving his instructions the general left. Upon his return the next day, he found that Pete had been set free alive and well. “How could this be?” demanded the general. “It was where Pete had us stand,” explained the captain of the squad.

Where did Pete tell them to stand?

Once upon a time, in the West Lake village, a servant lived with his master. After service of 30 years, his master became ill and was going to die. One day, the master called his servant and offered him for a wish. It could be any wish but just one. The master gave him one day to think about it. The servant became very happy and went to his mother to discuss the wish. His mother was blind and she asked her son to wish for her eye-sight to come back. Next, the servant went to his wife. She became very excited and asked for a son as they were childless for many years. After that, the servant went to his father who wanted to be rich and so he asked his son to wish for a lot of money. The next day he went to his master and made one wish through which all the three (mother, father, wife) got what they wanted. What was his wish? 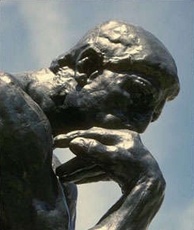 One day, a father went to his three sons and told them that he would die soon and he needed to decide which one of them to give his property to. He decided to give them all a test. He said, “Go to the market my sons, and purchase something that is large enough to fill my bedroom, but small enough to fit in your pocket. From this I will decide which of you is the wisest and worthy enough to inherit my land.” So they all went to the market and bought something that they thought would fill the room, yet was still small enough that they could fit into their pockets. Each son came back with a different item. The father told his sons to come into his bedroom one at a time and try to fill up his bedroom with whatever they had purchased. The first son came in and put some pieces of cloth that he had bought and laid them end to end across the room, but it barely covered any of the floor. Then the second son came in and laid some hay, that he had purchased, on the floor but there was only enough to cover half of the floor. The third son came in and showed his father what he had purchased and how it could fill the entire room yet still fit into his pocket. The father replied, “You are truly the wisest of all and you shall receive my property.” What was it that the son had showed to his father?

4. Sherlock holmes and the Broken Window

One snowy night, Sherlock Holmes was in his house sitting by a fire. All of a sudden a snowball came crashing through his window, breaking it. Holmes got up and looked out the window just in time to see three neighborhood kids who were brothers run around a corner. Their names were John Crimson, Mark Crimson and Paul Crimson. The next day Holmes got a note on his door that read “? Crimson. He broke your window.” Which of the three Crimson brothers should Sherlock Holmes question about the incident?

The Pope has it but he does not use it.
Your father has it but your mother uses it.
Nuns do not need it.
Arnold Schwarzenegger has a big one,
Michael J. Fox’s is quite small.
What is it?

Try your ingenuity at the Patience Puzzle Brain Teaser Puzzle at Amazon.com!

Two men working at a construction site were up for a challenge, and they were pretty mad at each other. Finally, at lunch break, they confronted one another. One man, obviously stronger, said “See that wheelbarrow? I’m willin’ to bet $100 (that’s all I have in my wallet here) that anything you can wheel to that cone and back, I can wheel twice as far. Do we have a bet?”

The other man, too dignified to decline, shook his hand, but he had a plan formulating. He looked at the objects lying around: a pile of 400 bricks, a steel beam, the 10 men that had gathered around to watch, and a stack of ten bags of concrete mix; he thought for a while, and then finalized his plan.

“All right,” he said, and revealed his object.

That night, the strong man went home thoroughly teased and $100 poorer. What was the weaker man’s object?

General Custer is surrounded by Indians and he’s the only cowboy left.

He finds an old lamp in front of him and rubs it. Out pops a genie. The genie grants Custer one wish, with a catch. He says, “Whatever you wish for, each Indian will get two of the same thing.”
Custer ponders a while and thinks:”If I get a bow and arrow they get two. If I get a rifle they get two!” He then rubs the bottle again and out pops the genie. “Well,” the genie asks “have you made up your mind?”

What did Custer ask for to help him get away? 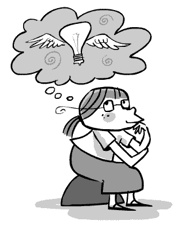 A man walks into a bar and asks the bartender for a glass of water. The bartender reaches under the bar and brings out a gun and aims it at the man. The man says thank you and leaves. What happened?

A man walks into his back yard in the middle of the night and fires a gun. Due to his strange behaviour he never sees another sunrise. (No, he didn’t kill himself.) Can you explain this odd occurrence?