Skepticism is an extremely healthy habit to have, encouraging critical thinking among its proponents. However, much of the public would rather believe in something astonishing, usually in relation to life after death.

Aside from religious reasons, many of us are obsessed with the concept of life after death in an attempt to make our passing from this world less frightening and final. This can make us targets for charlatans who will tell us exactly what we want to hear—usually for a hefty price.

Fraudsters like to tackle other subjects in the paranormal and scientific realms, too. But they often have critics who push back. Here are 10 skeptics and what they tried to debunk. 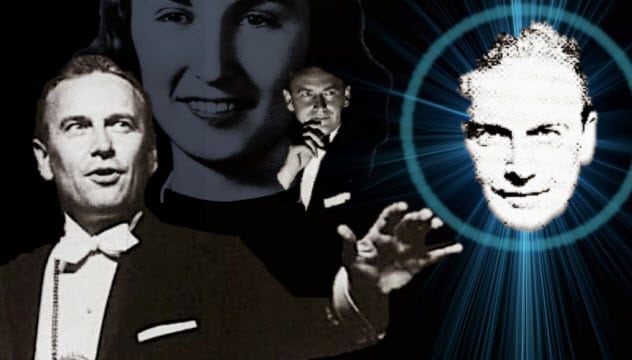 Milbourne Christopher was an extremely popular American magician of the 20th century who served as the president of the American Society of Magicians. He even performed for Franklin Roosevelt during the Great Depression.

In addition to his work with illusions, he was a prominent author, penning 24 books about magic and magicians, including his hero, Harry Houdini. However, like many a magician, Christopher devoted some of his time to debunking frauds, namely those claiming to have psychic powers.

He first rose to fame as a skeptic when he declared that Uri Geller and other psychics were fraudulent, using illusions to perpetrate their lies. The details were in his book Mediums, Mystics and the Occult (1975).[1]

Christopher’s writings about psychics and skepticism tended to shy away from direct assaults on specific mediums. Instead, he debated the idea in a general, scholarly way.

Another infamous case was that of the Enfield poltergeist, which was supposedly supernatural activity that affected two young sisters in England. After researching it, Christopher proclaimed that it was the work of “a little girl who wanted to cause trouble and who was very, very, clever.” 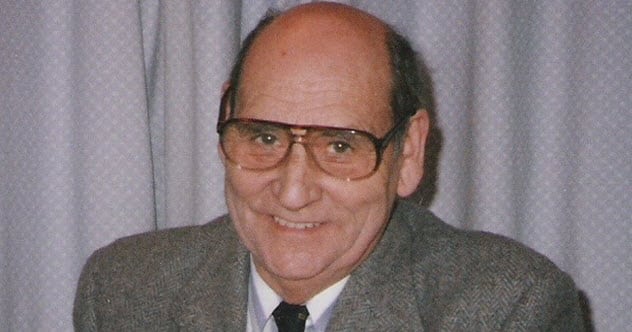 Tony Cornell was a British parapsychologist (someone who examines “paranormal” activity). Along with a number of his colleagues, he was a member and president of the Cambridge University Society for Psychical Research. For over 50 years, Cornell investigated ghosts, hauntings, and related phenomena, coming to the conclusion that they are caused (usually unconsciously) by the people who are experiencing the events.

In the 1980s, Cornell and his colleagues Alan Gauld and Howard Wilkinson developed a device to monitor supposed “paranormal” activity. It was called the SPIDER (Spontaneous Psychological Incident Recorder). He estimated that only 20 percent of the nearly 800 investigations he had undertaken were difficult to explain. Nearly all of them showed no signs of “paranormal” activity.

One of his oddest experiments took place in 1959 when he dressed up as a ghost and walked across the front of the screen in a movie theater. When the audience was asked about it afterward, 32 percent had never noticed him.[2] 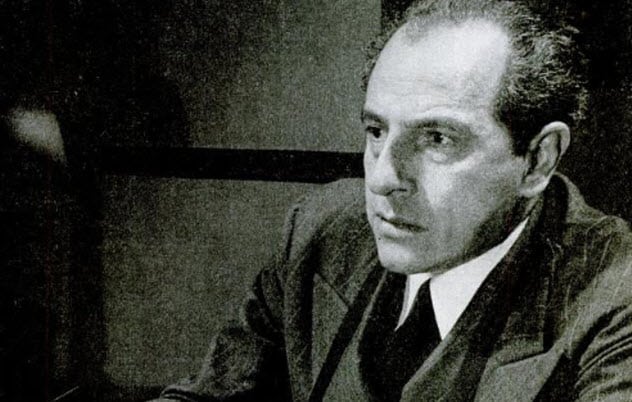 Joseph Dunninger was an extremely popular American magician in the 20th century who was said to have a voice “more recognizable than that of the president.” He was also a pioneer in the radio and television world, appearing there before many other magicians had even thought of doing so.

But he also hated frauds, especially mediums, and tirelessly worked to debunk their various tricks.[3] Spiritualism in and of itself was left alone for the most part, but Dunninger often tried to uncover those who preyed on the weak, especially during and after World War I.

The attendee of over 1,000 seances, he also had a standing reward of $10,000 for any medium who could tell him the details of secret messages left to him by Thomas Edison, Harry Houdini, and Sir Arthur Conan Doyle before their deaths. No one ever claimed the prize. 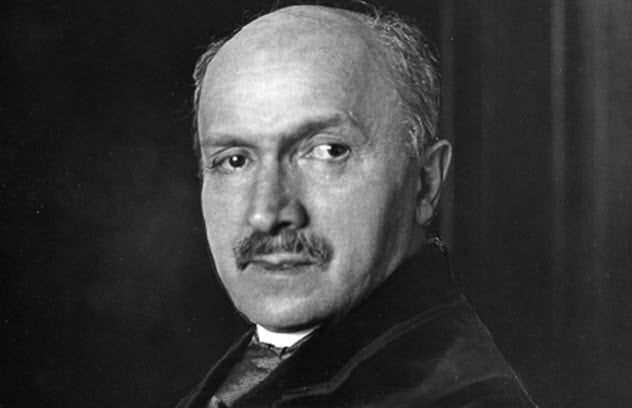 Born in the 19th century, German psychiatrist Albert Moll was one of the founders of modern sexology as well as a large proponent of hypnotism. However, he is perhaps better known for his role as a skeptic, especially regarding the medium Maria Vollhardt. In a 1925 trial, Moll was accused of defamation for claims he made about Vollhardt’s act, specifically his use of the words “trick,” “manipulation,” and “farce.”[4]

Ultimately, he was acquitted of the charges and spent a good deal of his life striving to debunk mediums and other occult practitioners. Moll wrote various detailed articles and books about the methods which these practitioners used to fool the public. Still, he acknowledged a fault in otherwise rational people who were being “hypnotized” by the seance rooms in which they sought answers. 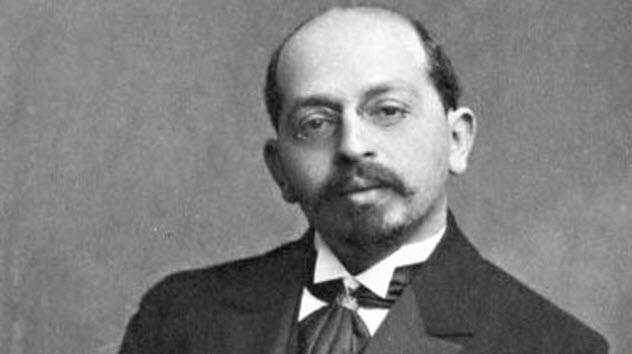 US psychologist Joseph Jastrow was famous for various inventions in a number of fields, including optical illusions. (His best-known example is the Jastrow illusion, in which two identical objects appear to be different sizes based on their alignment with each other.) He was also a leading figure in the field of anomalistic psychology, a branch of science which deals with “paranormal” activity but assumes there is no such thing.[5]

A number of his colleagues joined him in various research opportunities, especially concerning the famed Spiritualist Sir Oliver Lodge or the supposedly blind and deaf girl Willetta Higgins. She turned out to be neither totally blind nor deaf.

Frauds weighed heavy on his heart as he expressed in a short poem in 1945:

“There’s a sucker born every minute.”
Barnum said it; there’s sad truth in it.
What burns me up, and turns me sour
Is that a crook is born every hour. 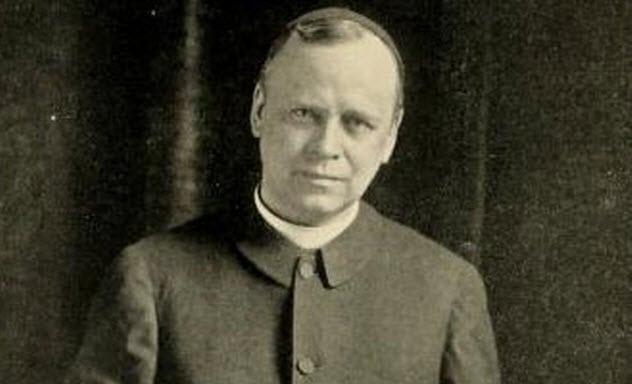 Otherwise known as Father de Heredia for he was a Jesuit priest, Carlos Maria de Heredia was an avid opponent of spiritism, which is technically different than spiritualism. (Spiritualism is the belief that the dead can communicate with the living; spiritism is the belief that humans are immortal beings who inhabit a number of different physical bodies to achieve some form of improvement.)

During his life, Father de Heredia also became an accomplished magician, which greatly aided his attempts to debunk those who used “spirit hands.”[6]

In an article published in Popular Mechanics, Heredia exposed in great detail how practitioners of spiritism created so-called “spirit hands,” waxy appendages which seemed to have been produced by ghosts. In the end, he proved that they were nothing more than a rubber glove filled with water and dipped in hot wax, then cooled, with the fraud removing the evidence inside the newly formed “spirit hand.”

Heredia was also quite proficient in proving mediums wrong. He conducted a fake seance for over 500 people, easily fooling quite a few of them. 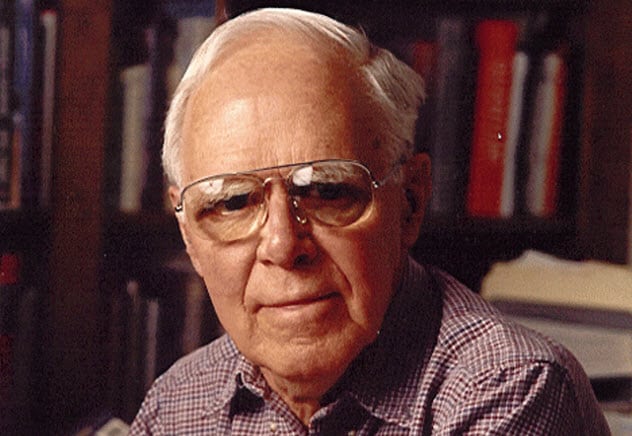 Martin Gardner was a 20th-century American author, renowned for his scientific and mathematical achievements as well as for his work as a skeptic. Writing over 70 books in his lifetime, he is perhaps best known for Fads and Fallacies in the Name of Science, a book which dealt with hoaxes and frauds masquerading as science.

Gardner—along with Carl Sagan, Isaac Asimov, and some others—founded the Committee for the Scientific Investigation of Claims of the Paranormal in 1976.[7] (It’s now called the Committee for Skeptical Inquiry.) He was a frequent contributor to the bimonthly journal published by the group as well as a regular columnist for Scientific American.

When asked about science’s role in debunking pseudoscience, Gardner said: “Debunking bad science should be a constant obligation of the science community, even if it takes time away from serious research or seems to be a losing battle.” 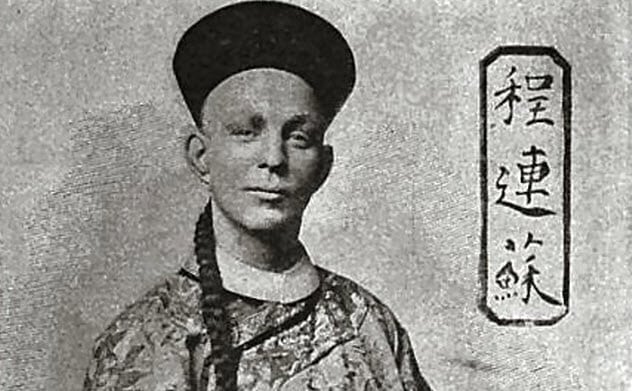 Chung Ling Soo, the stage name of American magician William Ellsworth Robinson, was a popular illusionist who modeled himself after a famed Chinese magician. He was also a Spiritualist, and it was his faith that drove him to uncover mediums who were using tricks to ply their wares.

He was the author of Spirit Slate Writing and Kindred Phenomena, a book which dealt with the numerous devices used by mediums, especially slate writing. This was a trick in which a “spirit” would use a piece of chalk to write a message.[8]

He is perhaps best known for his magic trick “Condemned to Death by the Boxers.” His assistants would dress up as Boxers (think rebellious Chinese, not Mike Tyson) and pretend to shoot him.

However, on March 23, 1918, Soo never unloaded the gun properly and it accidentally fired a real bullet, hitting him in the chest. His last words were “Oh my God. Something’s happened. Lower the curtain.” (This was the first time that Soo had spoken English in public since he had adopted his Chinese persona.) 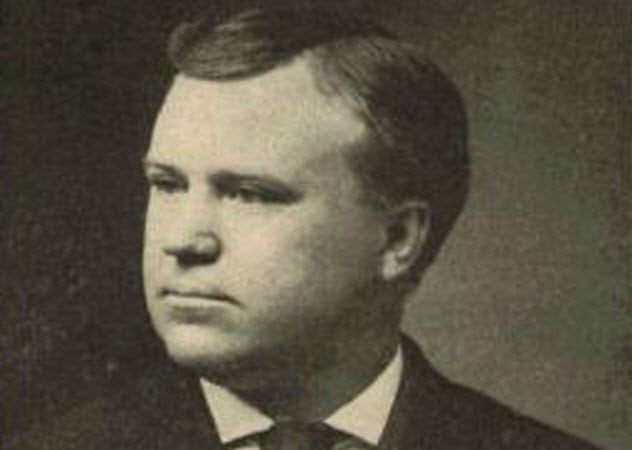 American magician David Abbott was best known for inventing a variety of tricks, such as the floating ball and the talking tea kettle. However, he was also staunchly against mediums. He wrote various books, including Behind the Scenes with the Mediums, considered to be one of the best works in debunking mediums.

The most popular frauds he took down were the Bangs Sisters, a duo working in Chicago who claimed to be able to command spirits to paint pictures of loved ones.[9]

They received $3–$4 for every sitting (approximately $100 in today’s money) and were quite popular among the grieving public. Abbott discovered their fraud when he investigated them. He concluded that the sealed envelope containing a picture of the deceased which was given to the Bangs Sisters was being opened ahead of time, and the duo was just painting the portrait the previous night.

Their business dried up fairly quickly afterward, especially after magicians toured with the trick in hand. 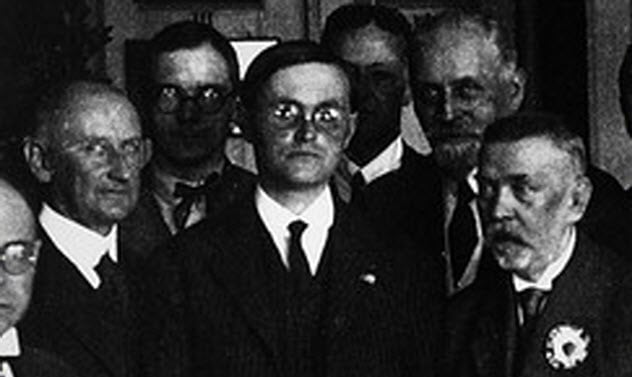 Eric Dingwall was a respected British anthropologist of the 20th century. However, he was much better known for his work in exposing mediums as frauds.

In 1927, Dingwall published a book titled How to Go to a Medium, a sort of how-to for would-be investigators determined to expose the hoax. Included in the writings was a “box of necessities,” which included luminous pins (to see the medium’s location when the lights were turned off) and cotton thread (to feel whenever the medium moved).[10]

Dingwall was a reclusive researcher, determined to avoid the public eye so as to maintain his anonymity when investigating mediums. (Unlike his rival Harry Price, who loved being in the spotlight.)

A controversy arose around Dingwall and his investigation into the American medium Mina “Margery” Crandon. During his extensive examinations, he was accused of maintaining an “improper relationship” with her, telling her to take her clothes off completely during his first visit.

Crandon claimed that this happened on numerous occasions. Perhaps the reason for this was that Dingwall believed that a “spirit hand” produced by Crandon was hidden in her vagina the whole time.

Read about more outrageous hoaxes on 10 Outrageous Liars Who Tried To Profit From The Dead and Top 10 Scientific Frauds and Hoaxes.