Following on from the 15 Incredible Historical Photographs list, we have another selection of 10. In no particular order: 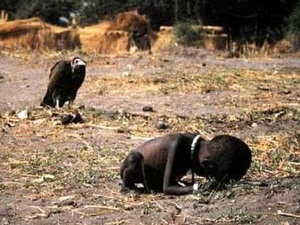 Kevin Carter took this photograph in southern Sudan. The picture would later bring him the Pulitzer prize, but also death. The image shows a vulture waiting for a child to starve to death. This horrific sight affected the photographer so deeply that he committed suicide after winning the Pulitzer Prize.

Read more about Sudan with A Poisonous Thorn in Our Hearts: Sudan and South Sudan’s Bitter and Incomplete Divorce at Amazon.com! 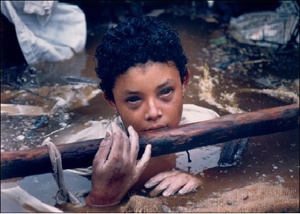 Omayra Sánchez was 13 years old when the Nevado del Ruiz volcano erupted. She was trapped in the remains of her house for three days in water up to her neck. Photor-reporter Frank Fournier got this picture a few hours before her death. The Red Cross alerted the local authorities, but they could not get there in time and Omayra died of hypothermia. 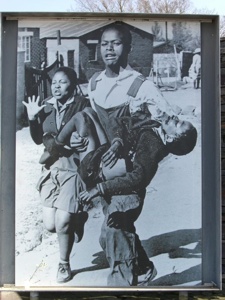 A photo that managed to draw the attention of the world shows Hector Peterson, age 13, as he dies in the arms of Mbuyisa Makhubo, after he was shot by a police officer on June 16, 1976, during the Soweto riot in South Africa. Picture taken by Sam Nzima. 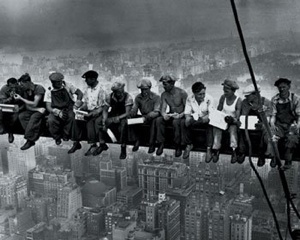 “New York Construction Workers Lunching on a Crossbeam” is a world famous photo, made during the construction of the GE Building in the Rockefeller Center in 1932. Photographer Charles C. Ebbets took the picture on September, 29, 1932. The workers are on level 69. 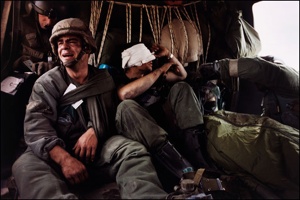 In the photo, American sergeant, just found his best friend in the body-bag beside him. He was killed during the Gulf War. The picture was taken by David Turnley, but shortly after it’s appearance it was restricted by the Pentagon. 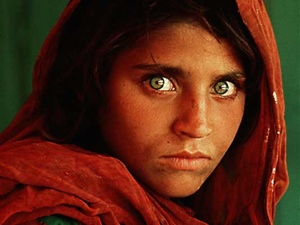 Steve McCurry took this photograph of a young refugee girl from war-torn Afghanistan. It first appeared in National Geographic Magazine in 1985 but was taken in 1983. The girl’s name is unknown. 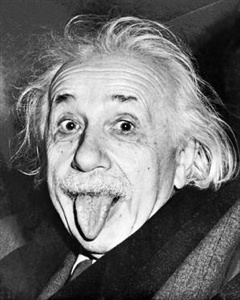 The famous scientist, Albert Einstein, shows us in this famous photograph, that he also had a good sense of humor. The picture was taken on March 14, 1951, by Arthur Sasse. 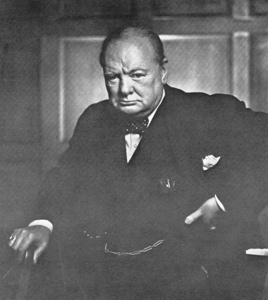 The portrait of Great Britain’s wartime Prime Minister, Winston Churchill, became famous all over the world. The photographer Yousuf Karsh, became famous for this picture. it is the most reproduced picture in history, and it also appeared on the cover of Life Magazine. 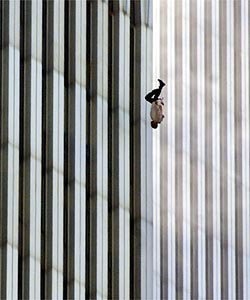 American photograph Richard Drew captured this image during the terrorist attacks on the World Trade Centre. He managed to photograph a man who, in panic, jumped from the upper floors of the building. 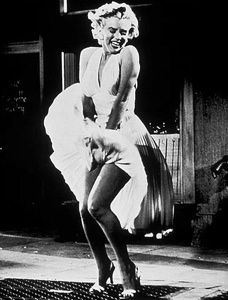 This iconic image of Marilyn Monroe comes from the film The Seven Year Itch. It is probably the most famous picture taken of this celebrated actress.