The Christmas and New Year season will soon be upon us which means times to plan holidays. Instead of joining all the sheeple flocking to the common destinations, why not give one of these a try? In no particular order, the top 10 unique holiday destinations: 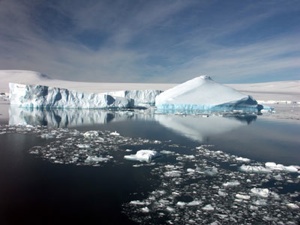 Antarctica is Earth’s southernmost continent, overlying the South Pole. Be prepared to have your breath taken away by the spectacular sight of the Antarctic Peninsula as you follow in the footsteps of some of the world’s greatest explorers – Scott, Shackleton and Amundsen. Penguins and albatrosses are the birds most associated with Antarctica, but it is petrels, prions, fulmars and shearwaters that make up most of the species inhabiting the Great White Continent. Sea life include whales, seals, squid and fish. This is an ideal holiday for lovers of nature and the cold!

Pick your favorite destination with the Best Holiday Spots of the World (Holidays and Vacations Book 3) at Amazon.com! 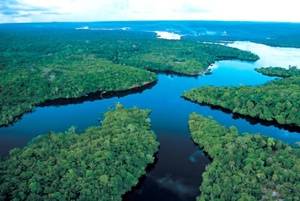 You might think that an immense rainforest would be a bulwark against extinction, but several species of turtles in the Amazon Basin are facing severe threats from development, hunting, and habitat loss. The Amazon turtle (Podocnemis expansa), a huge creature reaching 60 kilograms, and the smaller Tracajá turtle (Podocnemis unifilis) are hunted for their eggs, meat, oil, and shells. What’s more, these endangered species also depend on the river beaches to nest, and hydroelectric dams and river navigation projects threaten to flood critical nesting sites. If conservation is your thing, this is the holiday of a lifetime. What a great opportunity to see beautiful rainforests and the Amazon River – just be careful if you go swimming – there are some rather nasty creatures in that water. 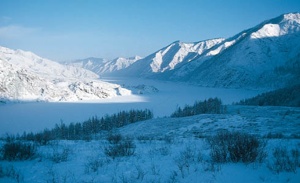 A truly cultural experience with a North Pole touch! Tour the Polar museum in St. Petersburg, visit with reindeer herders in the Siberian village of Khatanga, excursion to Taymur Nature Reserve, barbecue at the taiga border in the picturesque valley of Kotuy River and of course…stand on the North Pole! If you are lucky, you might even get to see Santa having a wee break after the Christmas rush. Oh – and maybe next year you can do Antarctica so you can tell your friends you have stood on both poles. 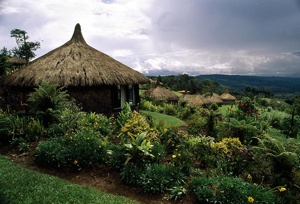 Papua New Guinea is a country in Oceania, occupying the eastern half of the island of New Guinea and numerous offshore islands (the western portion of the island is occupied by the Indonesian provinces of Papua and West Papua). Papua New Guinea is probably the most undiscovered country in the world. Some of the many things you can do in Papua New Guinea are visit markets, festivals, diving, surfing, hiking, fishing and see amazing unique flora and fauna. The markets are a definite must-see: along with local foods, arts and crafts are often on display and can be purchased for reasonable prices. Some of the items on display are traditional carvings and beadwork, traditional and contemporary paintings on canvas and traditionally woven baskets and serving trays. If you do decide to travel to Papua New Guinea, you would be well advised that there is a great deal of violence and crime there, and women should not travel unaccompanied. 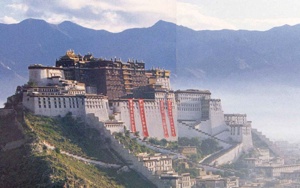 Tibet is becoming a much more popular tourist destination now that the Communist government of China are promoting tourism; nevertheless, it is still a place worth visiting because of the fascinating history of turmoil that has best the nation. This is the home of the unique form of Buddhism known as Tibetan Buddhism (headed by the Dalai Lama). If you are lucky, you may even have the opportunity to see an authentic Tibetan Sky Burial – keep away from those vultures though!

Get access to millions of streaming songs and thousands of movies with Amazon Prime! Enjoy a 30 day free trial at Amazon.com!

Mongolia contains very little arable land as much of its area is covered by arid and unproductive steppes with mountains to the north and west and the Gobi Desert to the south. Approximately thirty percent of the country’s 2.8 million people are nomadic or semi-nomadic. This is where the holiday comes in – you can take a horse trek across the steppes following the same paths that generations of nomadic tribes have taken, or across the desert. The Gobi Steppe Ride is supported by camel carts and ventures south through treeless steppes and semi arid areas towards the desert. Both rides take you into areas where there are no fences, no tracks and no telegraph poles; the only sign of human activity are the nomadic herders you meet along the way. This is a truly unspoilt land and it is almost unbeatable as a holiday destination for those who love the great outdoors. 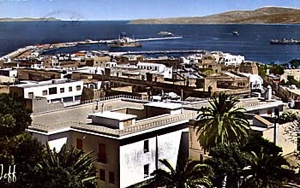 This city in Morocco is not the most unusual on the list as it is a fairly popular holiday destination, but it is overlooked by so many people that it deserves a place here. Tangiers is a city with a brilliantly colorful past. From the 1920s it was an International Zone which made it virtually lawless, and in this climate many great writers (namely William Burroughs, Jack Kerouac, Tennessee Williams, and Paul Bowles) lived there. After the Second World War the city was reunited with Morocco. The city is a multicultural mecca and is situated across the strait from Gibraltar. Tangier has been reputed as a safe house for international spying activities and is home to one of the worlds largest private investigations company in the world. A railroad line connects the city with Rabat, Casablanca and Marrakech in the south and Fès and Oujda in the east. 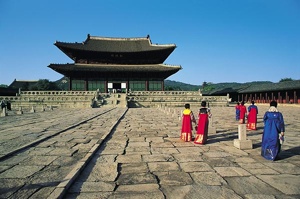 South Korea is not a particularly common holiday destination, but in my own experience, it is a great country to visit. If you stay in Seoul you can visit the DMZ (The Demilitarized Zone) – a section of land between North and South Korea which is a no-mans land. You can visit the tunnels that were built by the North Koreans in the hopes that they could be used for a sneak invasion of Korea (this happened after the Korean war incidentally), and you can use binoculars to look across the DMZ to see North Korean soldiers manning their side of the region – it is very eerie but amazingly cool. South Korea also has some incredible food – such as their famous Korean Barbeque, and be sure to try out kimchi (a fermented side-dish) – loved by all Koreans and many non-Koreans. Did you know that when Koreans have their photographs taken they often say “Kimchi!” in much the same way as Westerners say “Cheese!”? 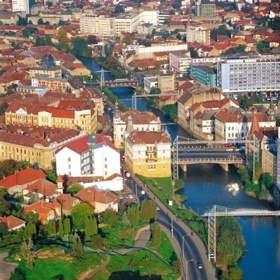 Home of the legends of the vampires, Transylvania is a beautiful and historic region in central-western Romania. A good starting point is the city of Cluj-Napoca, once the capital of Transylvania and one of the most important academic, cultural and industrial centers in Romania today. From the Middle Ages onwards, the city of Cluj has been a multicultural city with a diverse cultural and religious life. Some things you will want to see are the Avram Iancu Square with the Orthodox Cathedral, the National Theatre, the Romanian Opera and the Avram Iancu Statue; the botanical garden; and the symmetrical Maniu Street. 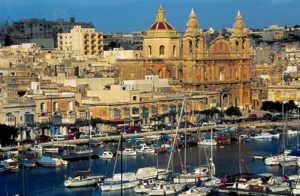 Malta is the smallest EU nation in size and population. It has a lovely Mediterranean climate and, in fact, in January 2007, International Living chose Malta as the country with the best climate in the world. The arts have always played a large role in Maltese culture and continue to do so with cultural events occurring frequently. The National Museum of Fine Arts, housed in an exuberant Rococo building dating from the 1570’s, exhibits some magnificent art, ranging from the early Renaissance to modern times. Theatre and music are also very popular in the Islands. A variety of theatres and open-air venues offer an enormous ensemble of plays, musicals, operas and both classical and modern music concerts. Second to Vatican City, Malta is the most Catholic nation in the world with 98% being Roman Catholic. The languages spoken in Malta are Maltese and English.