From miniature black holes to distortions in the fabric of space-time, from galaxies that are eating each other to matter that can neither be seen nor detected directly…space is full of many strange things. And here are ten of the strangest, courtesy of MSN and Space.com: 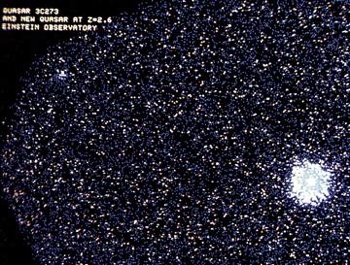 These bright beacons shine to us from the edges of the visible universe and are reminders to scientists of our universe’s chaotic infancy. Quasars release more energy than hundreds of galaxies combined. The general consensus is that they are monstrous black holes in the hearts of distant galaxies. This image is of quasar 3C 273, photographed in 1979.

If you want a super cool Halloween costume, you should get WALTER M. SCHIRRA One-piece Flight Training Suit at Amazon.com! 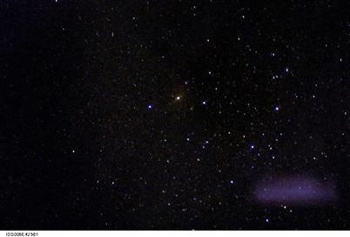 Quantum physics tells us that contrary to appearances, empty space is a bubbling brew of “virtual” subatomic particles that are constantly being created and destroyed. The fleeting particles endow every cubic centimeter of space with a certain energy that, according to general relativity, produces an anti-gravitational force that pushes space apart. Nobody knows what’s really causing the accelerated expansion of the universe, however.

Like Superman’s alter-ego, Bizzaro, the particles making up normal matter also have opposite versions of themselves. An electron has a negative charge, for example, but its anti-matter equivalent, the positron, is positive. Matter and anti-matter annihilate each other when they collide and their mass is converted into pure energy by Einstein’s equation E=mc2. Some futuristic spacecraft designs incorporate anti-matter engines. 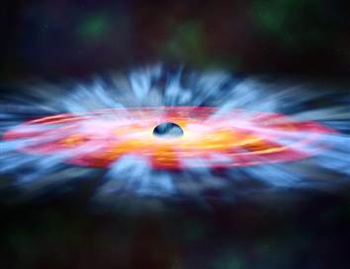 If a radical new “braneworld” theory of gravity is correct, then scattered throughout our solar system are thousands of tiny black holes, each about the size of an atomic nucleus. Unlike their larger brethren, these mini-black holes are primordial leftovers from the Big Bang and affect space-time differently because of their close association with a fifth dimension. 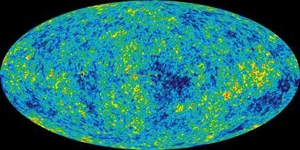 Also known as the CMB, this radiation is a primordial leftover from the Big Bang that birthed the universe. It was first detected during the 1960s as a radio noise that seemed to emanate from everywhere in space. The CMB is regarded as one of the best pieces of evidence for the theoretical Big Bang. Recent precise measurements by the WMAP project place the CMB temperature at -455 degrees Fahrenheit (-270 Celsius). 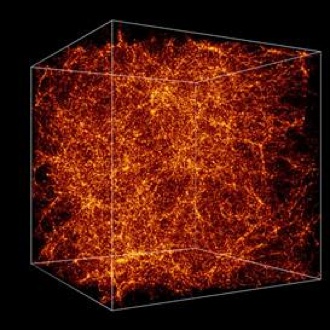 Scientists think it makes up the bulk of matter in the universe, but it can neither be seen nor detected directly using current technologies. Candidates range from light-weight neutrinos to invisible black holes. Some scientists question whether dark matter is even real, and suggest that the mysteries it was conjured to solve could be explained by a better understanding of gravity. 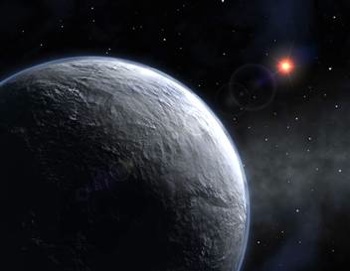 Until about the early 1990s, the only known planets in the universe were the familiar ones in our solar system. Astronomers have since identified more than 190 extrasolar planets (as of June 2006). They range from gargantuan gas worlds whose masses are just shy of being stars to small, rocky ones orbiting dim, red dwarfs. Searches for a second Earth, however, have so far turned up empty. Astronomers generally believe that better technology is likely to eventually reveal several worlds similar to our own. 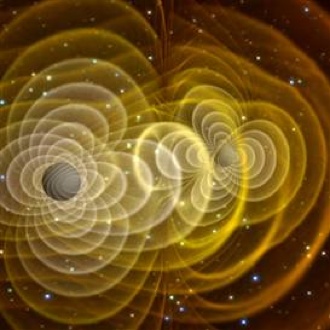 Gravity waves are distortions in the fabric of space-time predicted by Albert Einstein’s theory of general relativity. The waves travel at the speed of light, but they are so weak that scientists expect to detect only those created during colossal cosmic events, such as black hole mergers like the one shown above. LIGO and LISA are two detectors designed to spot the elusive waves. 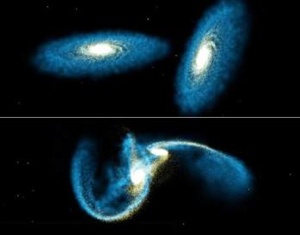 Like life on Earth, galaxies can “eat” each other and evolve over time. The Milky Way’s neighbor, Andromeda, is currently dining on one of its satellites. More than a dozen star clusters are scattered throughout Andromeda, the cosmic remains of past meals. The image above is from a simulation of Andromeda and our galaxy colliding, an event that will take place in about 3 billion years. 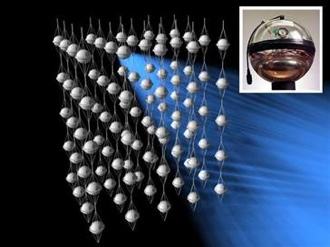 Neutrinos are electrically neutral, virtually mass-less elementary particles that can pass through miles of lead unhindered. Some are passing through your body as you read this. These “phantom” particles are produced in the inner fires of burning, healthy stars as well as in the supernova explosions of dying stars. Detectors are being embedded underground, beneath the sea, or into a large chunk of ice as part of IceCube, a neutrino-detecting project.