With Halloween just around the corner, enjoy this short list of traditional monsters. If you are unsure of a halloween costume this year… here is your guide! 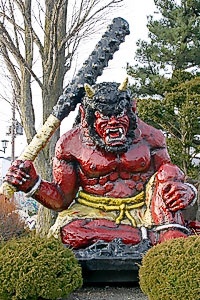 Depictions of oni vary widely but they are usually portrayed as hideous, gigantic creatures with sharp claws, wild hair, and two long horns growing from their heads. They are humanoid for the most part, but occasionally, they are shown with unnatural features such as odd number of eyes or extra fingers and toes. Their skin may be any number of colors, but red and blue are particularly common. Their fierce appearance is only enhanced by the tiger loincloths they tend to wear and the iron club they favor. There is also a very obvious similarity here to devils in Judeo-Christian tradition.

Like learning about monsters? Read Medusa’s Gaze and Vampire’s Bite: The Science of Monsters at Amazon.com! 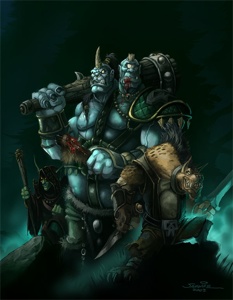 An ogre is a large, mean and hideous humanoid monster. Ogres are often depicted in fairy tales and folklore as feeding on human beings, and have appeared in many classic works of literature. Ogres are often portrayed with a large head, abundant hair and beard, a huge belly, and a strong body.

Vampires are mythological or folkloric beings that are renowned for subsisting on human blood or life-force, but in some cases may prey on animals. Although vampires have different characteristics depending on which lore one reads, in most cases, they are described as reanimated corpses who feed by draining and consuming the blood of living beings. The term was popularized in the early 18th century and arose from the folklore of southeastern Europe, particularly the Balkans and Greece. Folkloric vampires were depicted as undead beings who visited loved ones and caused mischief or deaths in the neighborhoods they inhabited while living. They wore shrouds, did not bear fangs and were often described as bloated and of ruddy or darkened countenance. 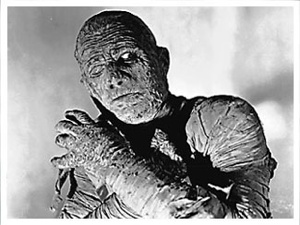 A mummy is a corpse whose skin and dried flesh have been preserved by either intentional or accidental exposure to chemicals, extreme cold, very low humidity, or lack of air. There are popular tales (largely tall) of curses which are associated with the violation of the tombs of mummified corpses or of the mummies themselves. These tales of curses eventually lead to the modern fictional view of walking mummies. 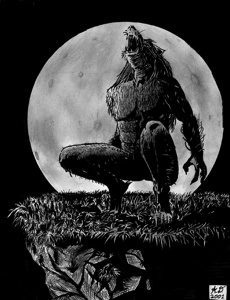 Werewolves are mythological or folkloric people with the ability to shapeshift into a wolf or wolf like creature, either purposely by magic, or after being placed under a curse. The medieval chronicler Gervase of Tilbury associated the transformation with the appearance of the full moon; however, there is evidence that the association existed among the Ancient Greeks, appearing in the writings of Petronius. Some modern speculation has suggested that the belief in werewolves (and vampires) may stem from real medical cases of people suffering from porphyria.

Sometimes humans can be the worst beasts of all. Buy History’s Monsters: 101 Villains from Vlad the Impaler to Adolf Hitler at Amazon.com! 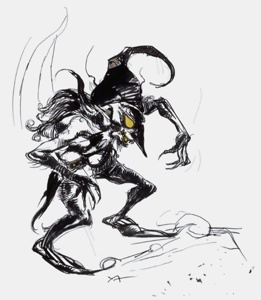 A goblin is an evil, crabby, or mischievous creature of folklore, often described as a grotesquely disfigured or gnome-like phantom. Goblins may range in height from that of a dwarf to that of a human. They are attributed with various (sometimes conflicting) abilities, temperaments and appearances depending on the story and country of origin. In some cases, goblins have been classified as a constant annoying little creature somewhat related to the celtic brownie. 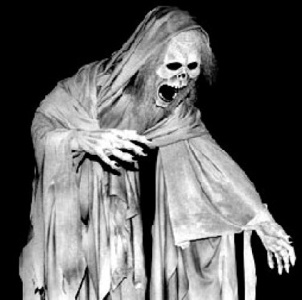 A ghoul is a monster from ancient Arabian folklore that dwells in the burial grounds and other uninhabited places. In ancient Arabic folklore, ghouls belonged to a diabolic class of jinn (spirits – from whence the genie comes) and were said to be the offspring of Iblis, the Muslim prince of darkness (Satan). They were capable of constantly changing form, but their presence was always recognizable by their unalterable sign: ass’s hooves. It would lure unwary travelers into the desert wastes to slay and devour them. The creature also preyed on young children, robbed graves and ate the dead. Yum yum! 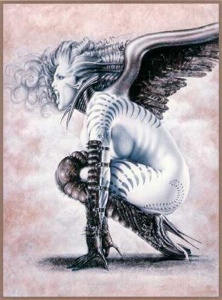 According to legend, a banshee wails around a house if someone in the house is about to die. When several banshees appeared at once, it indicated the death of someone great or holy. The tales sometimes recount that the woman, though called a fairy, was a ghost, often of a specific murdered woman, or woman who died in childbirth. Banshees are frequently described as dressed in white or grey, and often having long, fair hair which they brush with a silver comb. Other stories portray banshees as dressed in green, red or black with a grey cloak. 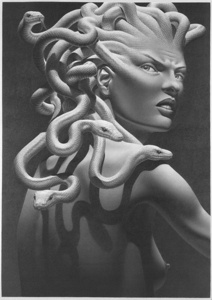 In Greek mythology, the Gorgon was a vicious female monster with sharp fangs and hair of living, venomous snakes. Gorgons are sometimes depicted as having wings of gold, brazen claws, and the tusks of boars. According to the myths, seeing the face of a Gorgon turned the viewer to stone. Homer speaks of only one Gorgon, whose head is represented in the Iliad as fixed in the center of the aegis of Zeus. Hesiod increases the number of Gorgons to three: Stheno (the mighty), Euryale (the far-springer), and Medusa (the queen), and makes them the daughters of the sea-god Phorcys and of Keto. Their home is on the farthest side of the western ocean; according to later authorities, in Libya. Of the three Gorgons, only Medusa is mortal. 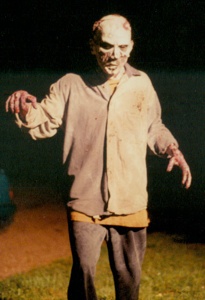 A zombie is a reanimated human body devoid of consciousness. In contemporary versions these are generally undead corpses. Stories of zombies originated in the Afro-Caribbean spiritual belief system of Voodoo. Other more macabre versions of the zombies have become a staple of modern horror fiction, where they are brought back from the dead by supernatural or scientific means, and eat the flesh or brains of the living. They have very limited intelligence, and may not be under anyone’s direct control.

This article is licensed under the GFDL. It uses material from the Wikipedia article: List of Monsters