Sometimes, NASA is forgotten in the midst of exciting space news from private companies. The government organization that has not been to the Moon since the 1970s can seem insignificant next to ambitious goals to travel to Mars set by companies like SpaceX. But a new probe has NASA back on the front page of the space news section.

The Parker Solar Probe is designed to travel millions of miles and get closer to the Sun than any spacecraft in history. Along the way, it will receive gravity assists from Venus, become both the fastest and most autonomous object ever made by humanity, and virtually carry more than a million passengers.

Here are 10 stellar facts about NASA’s mission to the Sun. 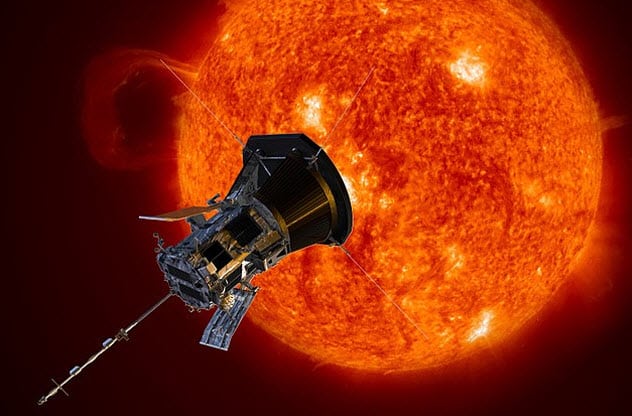 The Parker Solar Probe has a mission to do what no other man-made object has ever done—namely, to probe the outer atmosphere of the Sun. An official NASA summary reads, “This summer, humanity embarks on its first mission to touch the Sun.”

The probe is designed not only to uncover the mysteries of the Sun but also to develop a better understanding of how the Sun affects the magnetic field of the Earth. The importance of this is difficult to overstate as technologies influenced by the Sun become more prevalent. The mission will even enhance our ability to explore the solar system.

This first-ever visit to a star will answer outstanding questions while creating new questions of its own.[1] 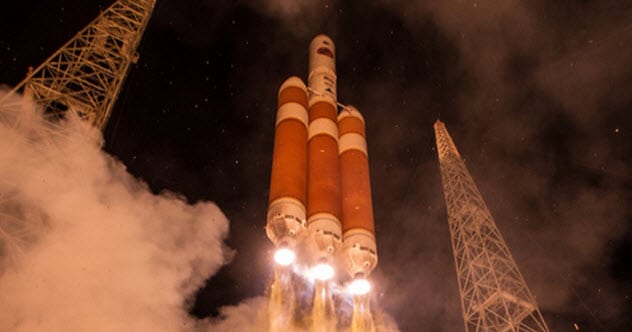 The August 2018 launch marks the culmination of more than 50 years of theorizing and planning.

The scientific community learned of the corona’s million-degree temperature in the 1940s and verified the existence of solar wind in the 1960s. However, there were no answers for why the corona’s temperature is so hot or what causes solar wind to accelerate. The answers to these questions can only be obtained through actual contact with the corona.

The idea of taking an actual measurement was first proposed in 1958. Several spacecraft have approached the Sun in the years since then, but none have come close to the targeted destination of the Parker probe.[2] Several other planned missions have been scrapped over the years due to budgetary constraints, and the current effort has been postponed multiple times.

More than half a century of work will be realized by the Parker Solar Probe. 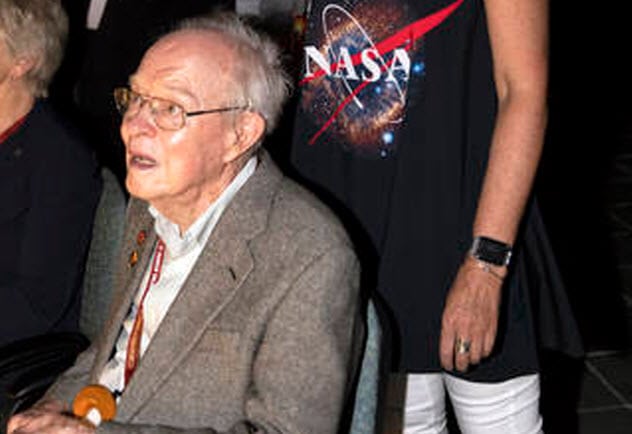 NASA has named spacecraft after planets, Greek gods, and even a demon from Lord of the Rings. But it has never bestowed that honor on any living individual—until now.

Born in 1927, Dr. Eugene Parker pursued a career in physics that has resulted in numerous awards. His scientific trophies include the National Medal of Science, the Gold Medal of the Royal Astronomical Society, the Kyoto Prize, and many more. In addition to his overall excellence, Parker was a driving force behind several important theories about the Sun.[3]

In the 1950s, Parker developed a complex theory about how stars give off solar energy. He coined the term “solar wind” to describe the cascade of energy given off by the Sun and developed a theory for why the corona of the Sun is hotter than the surface of the star. His research has been instrumental for scientific understanding of the complex relationship between the Earth and the Sun.

NASA will often rename missions after successful launches but made a decision in the case of Parker to honor him before takeoff. The Parker Solar Probe will be the first spacecraft bearing the name of a living person to leave Earth’s orbit. 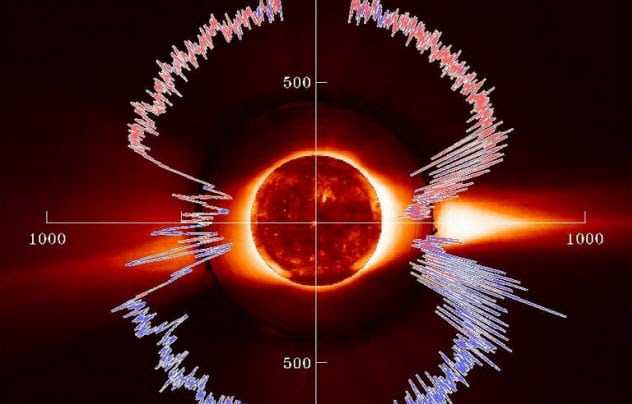 Solar wind plays a key role in the purpose of the mission. This wind that originates in the Sun’s corona flies through space at varying speeds of up to 1.6 million kilometers per hour (1 million mph).

Unlike wind on Earth, the high temperatures of the Sun’s corona affect gravity in such a way that the wind escapes the star and continues into space. By the time the wind reaches Earth, it is poised to cause significant damage.

The primary scientific objectives of the mission are almost entirely centered on issues related to solar wind. In particular, scientists hope to discover how the Sun’s corona is heated and what causes solar wind to accelerate.[4]

Just as there are things that cannot be learned about tornadoes without going inside them, the Sun holds mysteries about solar wind that can only be found at the source. NASA scientists hope that solar wind will be far less mysterious when the probe’s mission is completed in 2025.

6 The Sun Is Really Hard To Get To 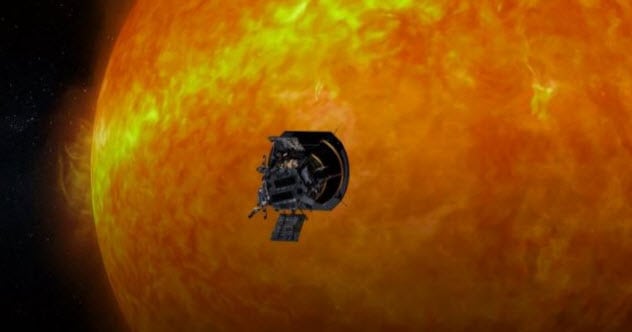 Despite the incredible science behind the Parker Solar Probe, the mission will have significant difficulty getting to the Sun. A mission to Mars will be difficult to accomplish, but the energy requirements for getting to the Sun are 55 times greater than the relatively easy interplanetary voyage.

The Sun is an average distance of 150 million kilometers (93 million mi) away from the Earth, but distance alone is not the problem. Speed is not even the main culprit—at least not in the way you might think.[5]

The Earth travels at around 108,000 kilometers per hour (67,000 mph) and is almost always lined up sideways with the Sun. A probe from Earth launched toward the Sun would continue moving sideways and entirely miss the target. The solution is to eliminate the sideways motion, but that requires launching the probe backward as fast as the Earth is moving forward.

The navigation requirements are only half the battle as entering the Sun’s outer corona also requires immense heat shielding. The Parker Solar Probe addresses both of these quandaries. 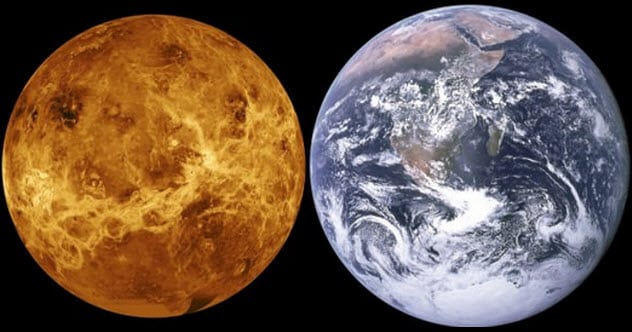 NASA scientists will solve the problem of the probe’s sideways speed relative to the Sun in increments. To get the job done, the mission team has devised a solution that is actually out of this world.

In addition to using powerful rockets, the Parker Solar Probe will receive gravity assists from the planet Venus. As the probe nears Venus, it will use the planet’s gravity to slow down and move closer to the Sun. This will be done seven times over seven years until the probe erases enough sideways speed to allow it to reach the Sun.

The necessity of using Venus for the voyage even governs the launch date—a daily two-hour window that lasts for approximately two weeks during the summer when the two planets are in close alignment.[6] 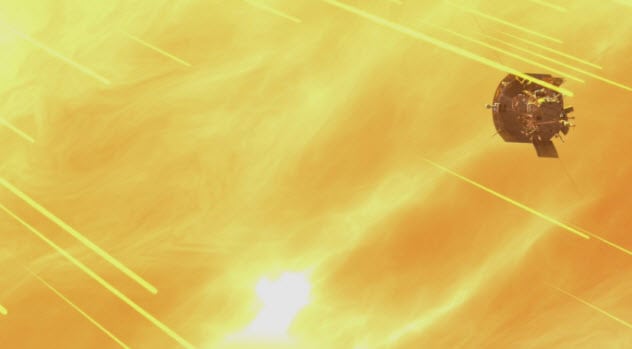 The gravity assists provided by Venus will decrease the probe’s sideways speed but increase its overall velocity. The final speed is nothing to scoff at. In fact, by the end of its voyage, the probe will be traveling at 692,000 kilometers per hour (430,000 mph)—faster than any object ever built by humans.[7]

For the sake of comparison, the fastest man-made object to date is the Juno space probe that has a maximum velocity of 266,000 kilometers per hour (165,000 mph). The Voyager 1 probe that has left the solar system after a 35-year journey is traveling at approximately 61,000 kilometers per hour (38,000 mph). The Parker Solar Probe will reach a top speed more than twice that of Juno and 11 times that of Voyager 1.

To make a more Earthly comparison, that is fast enough to travel from Philadelphia to Washington, DC, in one second. 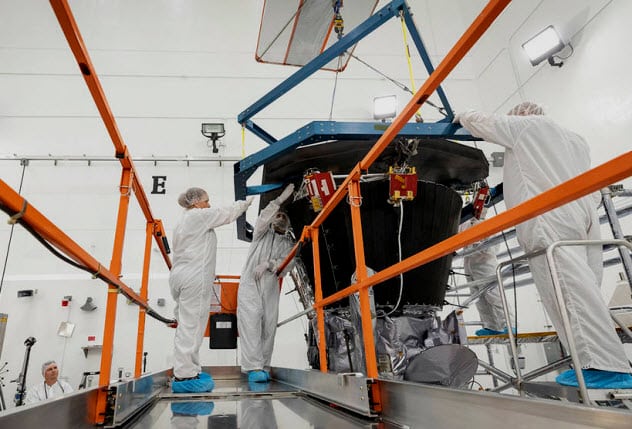 The heat shielding on the probe is no less impressive than its top speed. A shield measuring 2.4 meters (8 ft) in diameter is placed at the front of the probe to protect the instruments and reflect heat in the opposite direction. The shield consists of an 11.4-centimeter-thick (4.5 in) piece of carbon foam surrounded on both sides by specially designed panels made of superheated carbon–carbon composite. Altogether, the shield weighs only 73 kilograms (160 lb).

The difference between temperature and heat is also essential to understanding how the heat shield works. Temperature refers to a measurement, while heat is the transfer of energy. The temperature in the Sun’s corona is 1.1–1.7 million degrees Celsius (2–3 million °F), but the heat can be survivable because of the loose spacing of plasma particles.

The heat shielding will enable the probe to fly into the Sun’s outer corona without melting.

2 Most Autonomous Spacecraft Ever

NASA launches probe on historic mission to study the sun

One reason the shielding can handle the heat of the corona is because of highly automated software. The Earth and Sun have a one-way communications gap of approximately eight minutes, and yet the probe will have only tens of seconds to make the needed real-time corrections. Automation programming enables the probe to safely make adjustments during this critical time period.

The probe is programmed with every scenario that scientists have been able to conceive. As a result, the probe’s heat shield should be able to rotate as needed and even change the direction of the probe on its own.

Nicola Fox, a project scientist with the Applied Physics Laboratory of Johns Hopkins University, calls the Parker Solar Probe “the most autonomous spacecraft that has ever flown.”[9]

Send Your Name to the Sun with Parker Solar Probe

A mission like this cannot be undertaken with a great deal of weight, and yet the Parker Solar Probe will be transporting human cargo—virtually.

In March 2018, NASA invited the public to submit their names to be included on a memory card on board the probe. William Shatner, the actor who played Captain Kirk on Star Trek, got in on the action as a spokesperson and created a video inviting the public to submit their names. When all was said and done, more than 1.1 million people—including Shatner—requested and received their virtual tickets on board the probe.

“It’s fitting that as the mission undertakes one of the most extreme journeys of exploration ever tackled by a human-made object, the spacecraft will also carry along the names of so many people who are cheering it on its way,” said project scientist Nicola Fox.[10]

Read about more amazing NASA missions on 10 Most Important Missions In NASA’s History and 10 Huge Upcoming NASA Missions You Won’t Want To Miss.