Throughout history man has been making predictions of the future. With the advent of technology, the predictions moved away from religious topics to scientific and technological. Unfortunately for the speakers, many of these failed predictions have been recorded for all future generations to laugh at. Here is a selection of the 30 best. 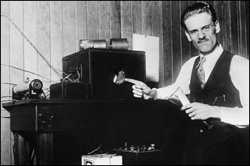 1. “There is no reason anyone would want a computer in their home.” — Ken Olson, president, chairman and founder of Digital Equipment Corp. (DEC), maker of big business mainframe computers, arguing against the PC in 1977.

3. “Lee DeForest has said in many newspapers and over his signature that it would be possible to transmit the human voice across the Atlantic before many years. Based on these absurd and deliberately misleading statements, the misguided public … has been persuaded to purchase stock in his company …” — a U.S. District Attorney, prosecuting American inventor Lee DeForest for selling stock fraudulently through the mail for his Radio Telephone Company in 1913.

4. “There is practically no chance communications space satellites will be used to provide better telephone, telegraph, television, or radio service inside the United States.” — T. Craven, FCC Commissioner, in 1961 (the first commercial communications satellite went into service in 1965).

5. “To place a man in a multi-stage rocket and project him into the controlling gravitational field of the moon where the passengers can make scientific observations, perhaps land alive, and then return to earth – all that constitutes a wild dream worthy of Jules Verne. I am bold enough to say that such a man-made voyage will never occur regardless of all future advances.” — Lee DeForest, American radio pioneer and inventor of the vacuum tube, in 1926

7. “Flight by machines heavier than air is unpractical (sic) and insignificant, if not utterly impossible.” – Simon Newcomb; The Wright Brothers flew at Kittyhawk 18 months later.

9. “There will never be a bigger plane built.” — A Boeing engineer, after the first flight of the 247, a twin engine plane that holds ten people

10. “Nuclear-powered vacuum cleaners will probably be a reality in 10 years.” -– Alex Lewyt, president of vacuum cleaner company Lewyt Corp., in the New York Times in 1955. 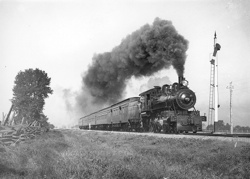 11. “This is the biggest fool thing we have ever done. The bomb will never go off, and I speak as an expert in explosives.” — Admiral William D. Leahy, Chief of Staff to the Commander in Chief of the Army and Navy during World War II, advising President Truman on the atomic bomb, 1945.[6] Leahy admitted the error five years later in his memoirs

12. “The energy produced by the breaking down of the atom is a very poor kind of thing. Anyone who expects a source of power from the transformation of these atoms is talking moonshine.” — Ernest Rutherford, shortly after splitting the atom for the first time.

13. “There is not the slightest indication that nuclear energy will ever be obtainable. It would mean that the atom would have to be shattered at will.” — Albert Einstein, 1932

14. “The cinema is little more than a fad. It’s canned drama. What audiences really want to see is flesh and blood on the stage.” -– Charlie Chaplin, actor, producer, director, and studio founder, 1916

15. “The horse is here to stay but the automobile is only a novelty – a fad.” — The president of the Michigan Savings Bank advising Henry Ford’s lawyer, Horace Rackham, not to invest in the Ford Motor Co., 1903

16. “The Americans have need of the telephone, but we do not. We have plenty of messenger boys.” — Sir William Preece, Chief Engineer, British Post Office, 1878.

17. “This ‘telephone’ has too many shortcomings to be seriously considered as a means of communication. The device is inherently of no value to us.” — A memo at Western Union, 1878 (or 1876).

18. “The world potential market for copying machines is 5000 at most.” — IBM, to the eventual founders of Xerox, saying the photocopier had no market large enough to justify production, 1959.

19. “I must confess that my imagination refuses to see any sort of submarine doing anything but suffocating its crew and floundering at sea.” — HG Wells, British novelist, in 1901. 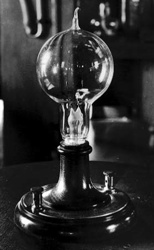 21. “The idea that cavalry will be replaced by these iron coaches is absurd. It is little short of treasonous.” — Comment of Aide-de-camp to Field Marshal Haig, at tank demonstration, 1916.

22. “How, sir, would you make a ship sail against the wind and currents by lighting a bonfire under her deck? I pray you, excuse me, I have not the time to listen to such nonsense.” — Napoleon Bonaparte, when told of Robert Fulton’s steamboat, 1800s.

23. “Fooling around with alternating current is just a waste of time. Nobody will use it, ever.” — Thomas Edison, American inventor, 1889 (Edison often ridiculed the arguments of competitor George Westinghouse for AC power).

24. “Home Taping Is Killing Music” — A 1980s campaign by the BPI, claiming that people recording music off the radio onto cassette would destroy the music industry.

26. “[Television] won’t be able to hold on to any market it captures after the first six months. People will soon get tired of staring at a plywood box every night.” — Darryl Zanuck, movie producer, 20th Century Fox, 1946.

27. “When the Paris Exhibition [of 1878] closes, electric light will close with it and no more will be heard of it.” – Oxford professor Erasmus Wilson

28. “Dear Mr. President: The canal system of this country is being threatened by a new form of transportation known as ‘railroads’ … As you may well know, Mr. President, ‘railroad’ carriages are pulled at the enormous speed of 15 miles per hour by ‘engines’ which, in addition to endangering life and limb of passengers, roar and snort their way through the countryside, setting fire to crops, scaring the livestock and frightening women and children. The Almighty certainly never intended that people should travel at such breakneck speed.” — Martin Van Buren, Governor of New York, 1830(?).

29. “Rail travel at high speed is not possible because passengers, unable to breathe, would die of asphyxia.” — Dr Dionysys Larder (1793-1859), professor of Natural Philosophy and Astronomy, University College London.

30. “The wireless music box has no imaginable commercial value. Who would pay for a message sent to no one in particular?” — Associates of David Sarnoff responding to the latter’s call for investment in the radio in 1921.

This article is licensed under the GFDL. It uses material from the Wikipedia article: Failed Predictions