Throughout the years, both men and women have contributed to the steady growth and evolution of mankind in their own special ways; some sought to work in the realm of mathematics whilst others opted towards the development of heavy machinery or musical devices. All of the many contributions brought forth by innovative minds around the world have in some way made things easier or transformed previously perceived “impossibilities” into realities. Unfortunately, many of the world’s most influential inventors received little to no recognition throughout their lives despite the seemingly obvious importance of their ideas. Here are the top ten inventors who received less recognition than they deserved for their efforts. 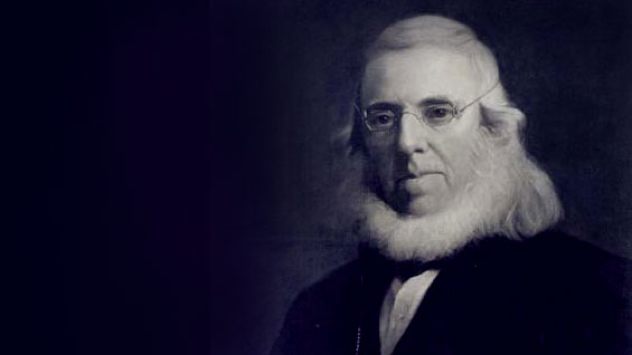 The first person to ever formerly invent a form of glue was Peter Cooper (he patented a kind of fish glue). Chances are you’ve never heard of him or any of the people who patented other forms of glue. Of course, you’ve definitely never heard of glue’s original inventors as they resided in Roman and/or Greek civilizations centuries ago. Everyone uses glue now but nobody ever really remembers glue makers for their achievements in the creation of sticky stuff. 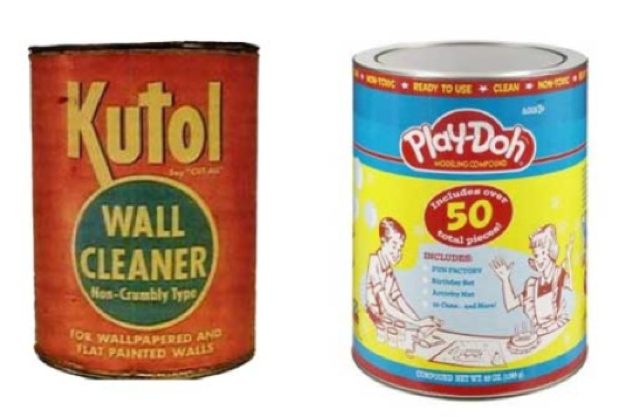 Ever wonder who invented something as simple as play-doh? Of course you have since the inventors are barely remembered to this day. Much like a large number of other inventions, “play-doh” was created by accident. It was originally developed to be used as wallpaper cleaner before its potential as modeling clay for kids was noticed. When it first began being sold (in 1956), it came in a single color that was close to white (but not quite). The very next year, “play-doh” was released in different colors and kids everywhere rejoiced (though not all at once).

If you are in doubt of this simple invention’s implications in our society then you surely are omitting the fact that just about every child in the world knows what the fuzzy pumper barber shop version of this toy looks like. 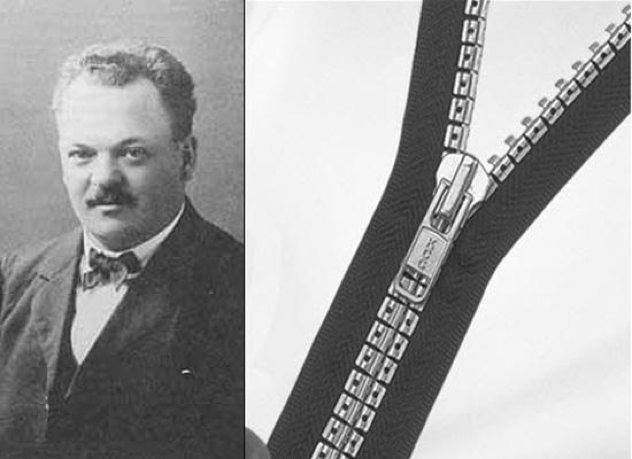 Although something as simple as a zipper may hardly seem like an invention to most people nowadays as we are all quite accustomed to them, they were not around since the dawn of time. The zipper in its modern form was actually invented by Gideon Sundback in 1917 and was originally named the “continuous clothing closure” (which just rolls right off the tongue).

Initially, it was not adopted into the clothing industry as people felt it looked far too uncouth to be effectively used as a part of any garment. Instead, it slowly made its way into the world by being used in the creation of boots and tobacco pouches. Later on, it received its catchy name from the marketing group at B.F. Goodrich and it has been used in most forms of clothing ever since. No thanks were ever really given to the creator of the modern design though so its importance must have been overlooked. 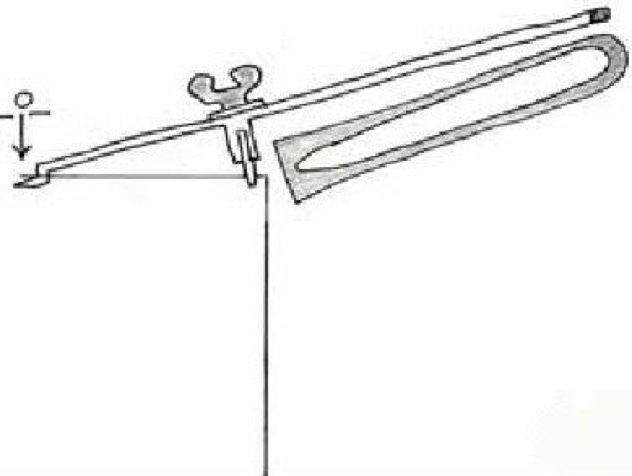 Lyman was known to be a very dedicated inventor; he worked hard to come up with a truly useful idea that people now use every day, the can opener. Although it was not his only invention, it is known to have been his most famous one. In 1870, Lyman successfully created the world’s first rotating wheel can opener. Prior to Lyman’s invention, the only can openers that were available were basically just variations of a knife. With Lyman’s novel device, the procedure of opening a can was made much simpler. Unfortunately, Lyman’s invention (though ingenious) was not utilized by many due to the fact that the can needed to be pierced before you could use it. In 1891, Lyman died with very little recognition for his achievement besides the patents he had been awarded for it. 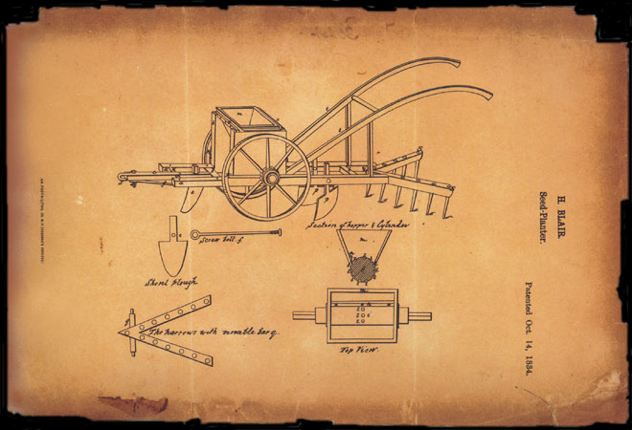 Henry Blair’s misfortune as an inventor came primarily due to his race. In his patent records, Henry Blair is listed as a “colored man” (the only description of this kind in early patent records) and all of his patents were signed only with an “x” as he was illiterate. His most notable creation was an automatic cotton planter that tilled the ground and dispensed seeds through a special wheel-powered device.

Blair was presumably a slave; however, the law for the issuing of patents allowed both slaves and free men to obtain patents at the time. In 1858, this law was changed to exclude slaves from obtaining patents. It was not changed back until 1871. Unfortunately, Blair died in 1860, eleven years too early to have benefitted from this change.

Walter Hunt was an American mechanic born in New York in 1796. Throughout his life he worked as an inventor and he managed to create a variety of different devices. The lockstitch sewing machine, safety pin, a forerunner of the Winchester repeating rifle, a successful flax spinner, knife sharpener, streetcar bell, hard-coal-burning stove, artificial stone, street sweeping machinery, the velocipede, and the ice plough are his most notable creations.

Many of his creations have served as indispensable additions and improvements to basic activities and devices in modern times. This is especially true for things like the simple safety pin and the complicated sewing machine. Unfortunately, none of his extremely useful inventions managed to win him an award throughout his life (nor afterwards). 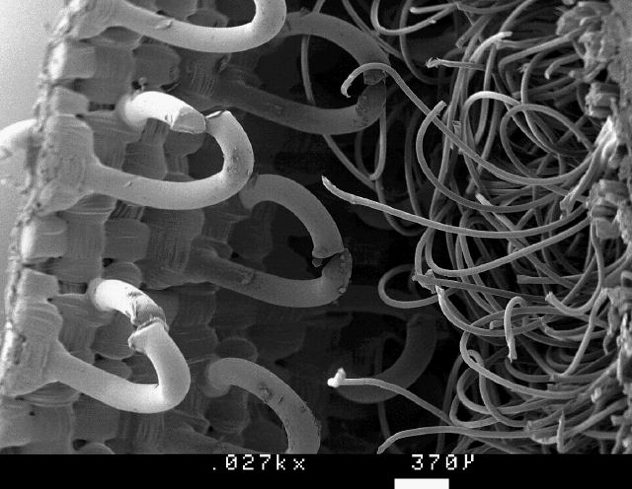 Something as common as simple Velcro was not always used for clothing purposes nor was it always taken seriously. In fact, the idea and its creator were both scoffed at initially. De Mestral’s invention was refused by many people due to the fact that it was not “aesthetically pleasing” (its materials were originally wool and scraps of leather) and it was known to wear out quickly.

De Mestral struggled to get his invention used until his patent expired in 1978. He died in Commugny Switzerland without any awards for his efforts; however, the municipality named an avenue after him posthumously upon recognizing his accomplishment afterwards. He was also later inducted into the Inventor’s Hall of Fame in 1999 for his invention. 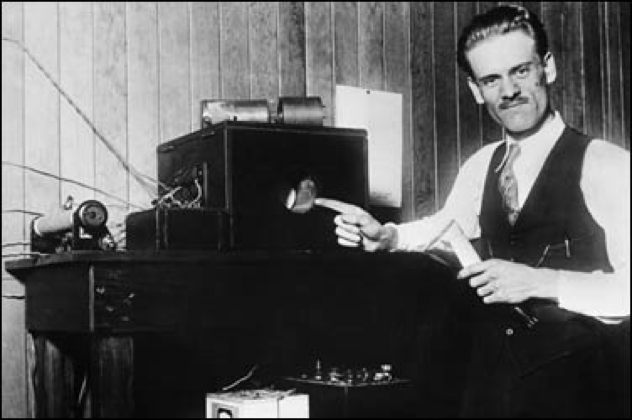 Philo Farnsworth was an inventor from the U.S. who crafted a couple of extremely important devices during his life (1906 – 1971). He is known now as the first person to create an electronic television device which he called the image “dissector”. He also helped to bring forth the idea of nuclear energy through fusion with the “Farnsworth-Hirsch fusor,” a device that could produce electrons in abundance and is known to be the main source for the approach taken to modern fusion design. He held 165 patents mostly in the fields of radio and television.

He was presented an Eagle Scout award when people noticed that he had earned it; too bad this didn’t happen until 2006 (over thirty years after his death). The award was given to his wife who then died four months later. 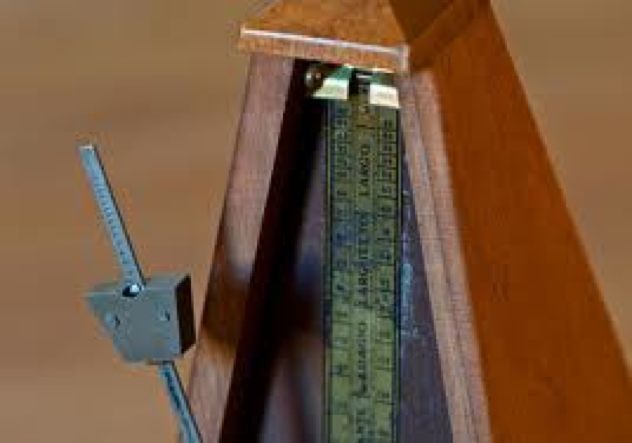 Winkel was living in Amsterdam in 1814 when he first discovered that a pendulum that was correctly weighted on either of its pivot’s sides could steadily keep time, even very slow tempos. He called his invention the “musical chronometer” and donated the first model to the “Hollandsch Instituut van Wetenschappen, Letterkunde en Schoone Kunsten” in Amsterdam.

Unfortunately, poor Winkel failed to adequately protect his idea and in only two years, Johann Nepomuk Mälzel had successfully patented his own version of the device under the name of “Mälzel Metronome” which featured a scale. This forever cast a shadow over Winkel and to this day people still miscredit Mälzel with being the inventor of the device. 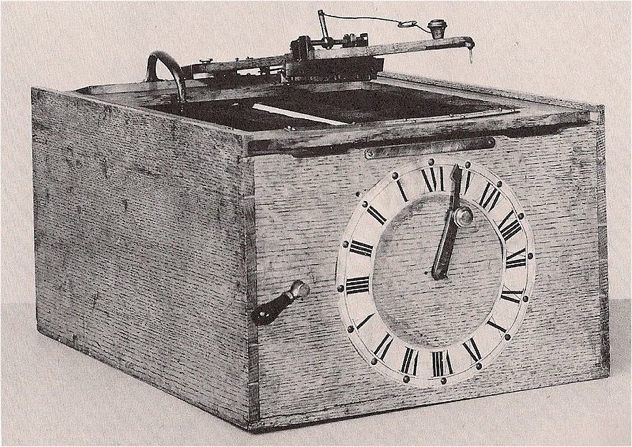 William Austin Burt was the original inventor, maker and patentee of the very first typewriter in America as well as the first solar compass that was workable as a surveying instrument for boats (the equatorial sextant). His typewriter was far ahead of its own time unfortunately and it was actually his great grandson who built the most recognized version of the machine (though even his version struck ahead of its own era and saw very little success in his lifetime).

William Austin Burt’s equatorial sextant was adopted by the General Land Office as a standard instrument for all major boundary lines (particularly in regions of magnetic disturbance). The device’s popularity steadily grew; however, congress refused to renew his patent when it expired in 1850 and he apparently never even received the $300 for his right in the invention.