This is a list of dragons that you may not have heard of before. I’m not including the famous Welsh Red Dragon, the English one (a.k.a. the wyvern), or the various Chinese dragons (the Loong) because most people know about these through watching films such as Dragonheart, Draco, Reign of Fire, Dragon Slayer and Mulan. Instead, this list briefly details the origin, appearance, and history of some more obscure dragons. To maintain the balance of Good and Evil I’ve chosen both Eastern and Western dragons; dragons are generally perceived as being benevolent in the East but as evil destructive creatures that symbolize the Devil in the West. In no particular order:

8
The Naga
Republic of India 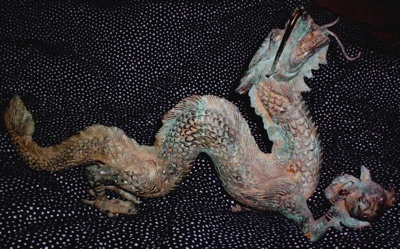 Naga is a wingless type of Indian dragon found in Hindu and Buddhist culture. Although the word Naga is often ambiguous the Mahabharata (an epic Sanskrit poem that is an important Hindu text) tells us that the Naga possess the traits of both snakes and humans. In Hinduism, the Naga are portrayed in similar fashion to the Chinese family of dragons, being natural spirits that are associated with water sources but can also be European-style guardians of immense treasure. Naga are also found in Buddhist tradition – as polycephalous (multi-headed) serpents that can magically transforms themselves into human shape. Like the Naga of Hindu legend, the Buddhist version prefers watery dwellings. They particularly like to eat frogs and drink milk.

7
The Bakunawa
The Republic of the Philippines 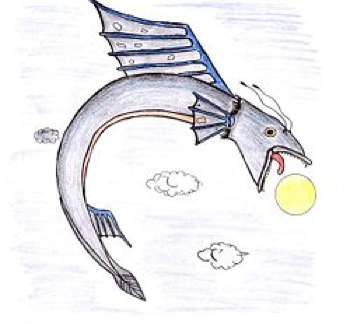 The Bakunawa is actually a deity that was represented as a serpentine dragon, according to Filipino mythology. He has two sets of wings, whiskers, a red tongue, and a mouth ‘the size of a lake.’ The Filipinos once thought that the Bakunawa lived in the sea at a time when the world had seven moons and that the dragons, being fascinated by their light, would rise out of the sky into the sky and consume the moons. Thus, the dragons were the cause of eclipses. To prevent the world from becoming dark the people would run out of their homes, taking their pots and pans, to make the most noise they could in order to scare the Bakunawa so they would stop eating the moons and give them the moonlight back. Interestingly, the name of the dragons, Bakunawa, can be translated as ‘moon eater’ or ‘man eater,’ the latter being atypical of Asian dragons. 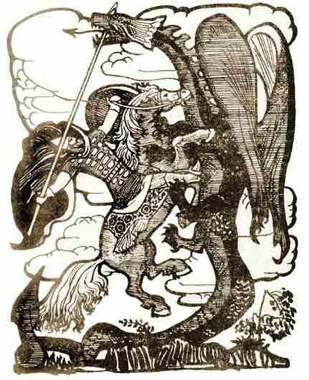 The Yilbegän is more closely related to the Turkish and Slavic dragons of Europe than those of Eastern Asia; consequently it is portrayed as man-eating and ogre-like rather than gentle and kind, despite its Asian home. This reptilian dragon is depicted in the mythology of two ethnic groups living in Siberia – the Turkic peoples and the Siberian Tatars – as a polycephalous monster. In some legends the Yilbegän takes the form of a winged dragon or serpentine creature but in others he is a leviathan who rides an ox with 99 horns. 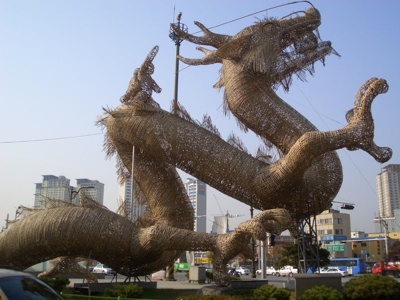 The Korean dragons are derived from the Chinese ones, are given very similar cultural status, and look much the same. Where the Chinese dragon has five toes and the Japanese three, the Korean has four – the dragons are said to have lost toes as they moved south. The Korean dragon has a long beard and no wings. Like other Asian dragons, the Korean variety was supposed to be peaceful and kind creatures that were strongly associated with water and agriculture. They are mostly said to live in watery places such as rivers, ponds, lakes, and oceans. Korean dragons differ from others in that history records them as being sentient and capable of understanding concepts like devotion, gratitude, and kindness.

Before a Korean dragon is a dragon it can be a creature called an imoogi. Depending on which account you read, imoogi are immature dragons that must live for 1000 years before becoming a dragon or, alternatively, cursed, hornless beings that are unable to become fully-fledged dragons. 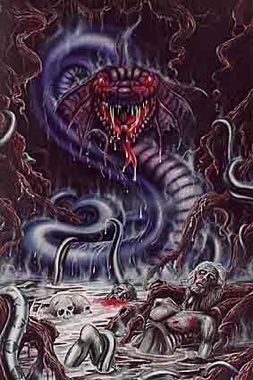 The Níðhöggr is a one-of-a-kind dragon that exists within Norse legend. It lives below a giant ash tree, the Yggdrasil or World Tree, which binds the nine worlds of Norse mythology together. Níðhöggr is usually translated as meaning Malice Striker (sometimes as Striker in the Dark) and lives up to his name as he viciously gnaws at the root of the World Tree that keeps him trapped above Hvergelmir, a seething cauldron, in Hel (the Nordic Hel is roughly equivalent to the English Hell). If Níðhöggr chews his way through the root of the World Tree it heralds the arrival of Ragnarök and the subsequent destruction of the world. The serpent-like Níðhöggr is described in the poem Völuspá as one who ‘sucks on the corpses of the dead.’

3
The Zmaj
Republic of Slovenia 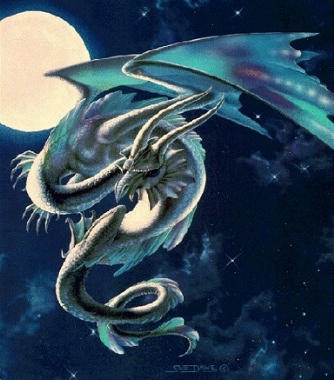 The Zmaj comes from the Slavic country Slovenia and has much in common with other Slavic dragons – three heads that may grow back if decapitated, green scaly skin, and fire-spitting abilities. Its name, Zmaj, is a masculine version of the word for snake, which is usually feminine. The Zmaj can also be called by a much older name of murky origin, Pozoj. Slovenic dragons are generally similar in disposition to other European dragons and are featured in Christian stories of St. George as well as pre-Christian stories in which they are tricked into eating sulphur-containing gifts and thus defeated. The dragon of Ljubljana is a notable exception – it once protected the capital city and is depicted on its coat of arms. 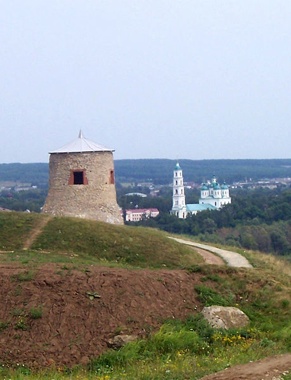 The Chuvash dragons come from Chuvashia, in the center of the European part of Russia. These dragons are the typical European winged fire-breathing sorts but with the ability to shapeshift from dragon to human (and vice versa). The ancestral people of the Chuvashians, who live there today, were Bulgars and told the tale of how when they founded the town of Bilar they came upon a large snake. The snake, which the Bulgars decided to kill, pleaded for peace and was given wings by Allah – which is how the dragon came to fly. Like the Yilbegän, the Chuvash dragons can be polycephalous. The most famous Chuvash dragon, though, is one called Veri Celen (literally, ‘fire snake’ in Chuvash) who was able to take human form in order to visit men and women in the night and sleep with them. [Image: tower said to be the home of a chuvash dragon] 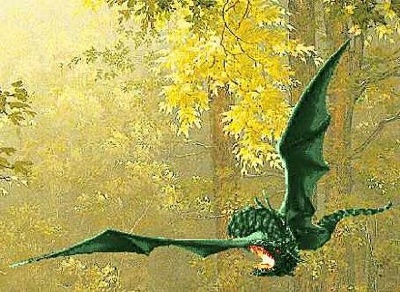 The Cuélebre is the Spanish variety of dragon, specifically, from the regions of Asturias and Cantabria. Serpentine, winged and with colorful scales, the Cuélebre are immortal and obsessed with pretty, shiny objects. They hoard treasure and fairy-like blonde nymphs. The legend relating how the Cuélebre originated goes like this:

A beautiful but vain young woman disbelieves her family’s warnings against combing her hair as she admires her reflection in a pool of water. Unfortunately, a powerful water nymph living in the pool observes as she neglects her tasks in favor of this activity. Once the girl ruffles the surface of the water, as one of her hairs drops in, the nymph takes the opportunity to teach her a lesson. The nymph curses the girl; she grows huge, her hair is replaced by crests and her skin by scales, and she sprouts wings. In true fairytale fashion the maiden can only be returned to her original state by meeting a knight “who is so brave that he is not afraid of you and has a heart so pure that he finds you beautiful.” The Cuélebre hides in a cave by the sea and waits…