We have previously published two lists of bizarre mental disorders: Top 10 Bizarre Mental Disorders, and Another 10 Bizarre Mental Disorders. This list brings our total list of diseases of the mind to 30. While it is possibly true to say that everyone has a small amount of mental disorder, the items on this list are extreme and often obvious to others. We should all be thankful for our private quirks when reading this list.

Unlike the majority of items on this list, synaesthesia is not entirely negative. Synaesthesia is a neurologically phenomenon in which stimulation of one sensory or cognitive pathway leads to automatic, involuntary experiences in a second sensory or cognitive pathway, in other words, numbers can be perceived as having color, or words (such as the days of the week) can be perceived as having personalities. Many people with synesthesia use their experiences to aid in their creative process, and many non-synesthetes have attempted to create works of art that may capture what it is like to experience synesthesia. Here is a description of the disorder by one synaesthete: “I realized that to make an R all I had to do was first write a P and draw a line down from its loop. And I was so surprised that I could turn a yellow letter into an orange letter just by adding a line.” The image above shows how a synaesthete might perceive numbers and letters (which would appear all black to normal people). In a more bizarre twist, sufferers might mix sound and taste so that different noises might have a taste. It may be wise for synaesthetes to avoid the brown sound. 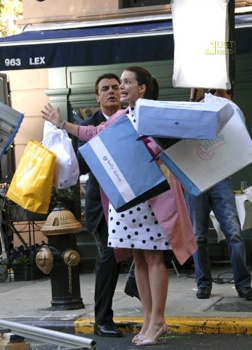 Oniomania is a compulsive desire to shop, more commonly referred to as compulsive shopping, compulsive buying, shopping addiction or shopaholism. Victims often experience moods of satisfaction when they are in the process of purchasing, which seems to give their life meaning while letting them forget about their sorrows. Once leaving the environment where the purchasing occurred, the feeling of a personal reward has already gone. To compensate, the addicted person goes shopping again. Eventually a feeling of suppression will overcome the person. For example, cases have shown that the bought goods will be hidden or destroyed, because the person concerned feels ashamed of their addiction and tries to conceal it. 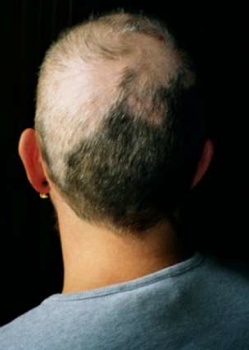 Trichotillomania or “trich” as it is commonly known, is an impulse control disorder or form of self-injury characterized by the repeated urge to pull out scalp hair, eyelashes, facial hair, nose hair, pubic hair, eyebrows or other body hair, sometimes resulting in noticeable bald patches. It may seem, at times, to resemble a habit, an addiction, a tic disorder or an obsessive-compulsive disorder. Trichotillomania often begins during the individual’s teenage years. Depression or stress can trigger the trich. Some people with TTM wear hats, wigs, wear false eyelashes, eyebrow pencil, or style their hair in an effort to avoid such attention. 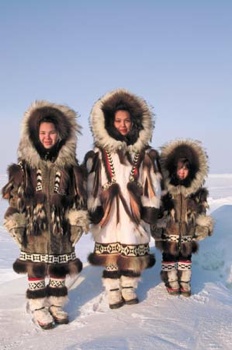 Piblokto, Pibloktoq or Arctic hysteria is a condition exclusively appearing in Eskimo societies living within the Arctic Circle. Appearing most prevalently in winter, it is considered to be a form of a culture-bound syndrome which is a disorder (usually both mental and physical) which occurs in a specific culture or community. Symptoms can include intense hysteria (screaming, uncontrolled wild behavior), depression, coprophagia (poo eating), insensitivity to extreme cold (such as running around in the snow naked), echolalia (senseless repetition of overheard words) and more. This condition is most often seen in Eskimo women. This syndrome is possibly linked to vitamin A toxicity because the native Eskimo diet provides rich sources of vitamin A. Similar symptoms have been seen in Westerners with vitamin A toxicity.

Dissociative identity disorder is the disease formerly known as multiple personality Syndrome. It is a condition in which a single person displays multiple distinct identities or personalities (known as alter egos or alters), each with its own pattern of perceiving and interacting with the environment. The diagnosis requires that at least two personalities routinely take control of the individual’s behavior with an associated memory loss that goes beyond normal forgetfulness. There is a great deal of controversy surrounding the topic, with some therapists considering it to not exist at all, despite the fact that 40,000 cases were diagnosed from 1985 to 1995. The most famous example of a sufferer is Sybil – after whom the well-known 1970s film was named (see video clip above). 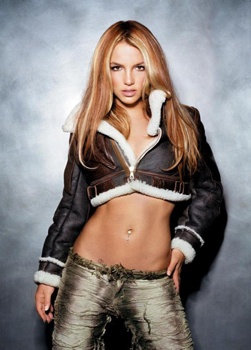 It is amazing that this, our favorite disorder, was absent from our previous two lists! Nymphomania is an uncontrollable urge in women to have sex. Sex addicts are unable to control their sexual impulses, which can involve the entire spectrum of sexual fantasy or behavior. Eventually, the need for sexual activity increases, and the person’s behavior is motivated solely by the persistent desire to experience the sex act and the history usually reveals a long-standing pattern of such behavior, which the person repeatedly has tried to stop, but without success. Eventually, the sexual activity interferes with the person’s social, vocational, or marital life, which begins to deteriorate. When a man has an uncontrollable urge to have sex, it is called adolescence. Just kidding, that is called satyriasis. 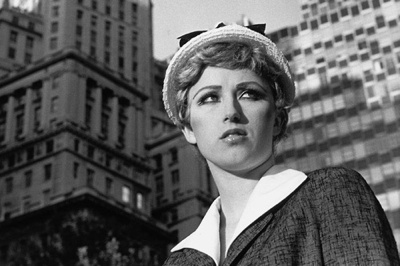 Depersonalization is a strange disorder in which the sufferer feels that they are living in a dream world; it is the feeling of watching oneself act, while having no control over a situation. It can be considered desirable, such as in the use of recreational drugs, but it usually refers to the severe form found in anxiety and, in the most intense cases, panic attacks. Often a person who has experienced depersonalization claims that life “feels like a movie” or things seem unreal or hazy. Also a recognition of self breaks down (hence the name). Depersonalization can result in very high anxiety levels, which further increases these perceptions – a snowball effect. One way to describe the physical manifestation of the feeling is to compare it to a film technique called the vertigo shot or dolly zoom. In this technique, the subject of the picture stays fixed within the shot while the surrounding background is pulled away, providing a sense of vertigo or detachment. [Image: Untitled Film Still #14, (c) 1978 Cindy Sherman] 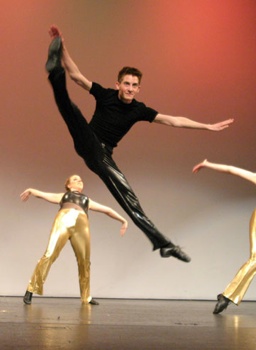 This one should probably win the award for not just being a bizarre disorder, but for having a bizarre name! Jumping Frenchmen of Maine is a rare disorder first described in 1878. An individual with this disorder has a genetic mutation that prevents “exciting” signals in the nervous system from being regulated, which causes a number of bizarre irregularities in their startle response. Most notably, an event which might startle a normal person will result in an extended, grossly exaggerated response from a “jumper,” including crying out, flailing limbs, twitching, and sometimes convulsions. Because a jumper is almost immediately susceptible to another jump soon after an episode ends, there have been reports that sufferers are sometimes teased mercilessly by people who find the reaction amusing, and trigger it repeatedly. Another curious abnormality caused by this disorder is a sufferer’s automatic reflex to obey any order that is delivered suddenly. For example, if one uses a sharp, quick voice to order a jumper to throw the object in their hands, they will throw it without hesitation; if they are similarly told to strike a person, they will strike that person, even if it is a loved one. [Source | Image Source]

[WARNING: Video clip above is not safe for work viewing.] Coprolalia is involuntary swearing or the involuntary utterance of obscene words or socially inappropriate and derogatory remarks (this should not be confused with Tourette Syndrome which is usually signified by physical and vocal tics – not just coprolalia). Involuntary outbursts, such as racial or ethnic slurs in the company of those most offended by such remarks, can be particularly embarrassing to the sufferer of coprolalia; the phrases do not necessarily reflect the thoughts or opinions of the person. Surprisingly, this disorder is often treated with botox near the vocal chords which helps to reduce the volume (but not the quantity) of outbursts. Related disorders are copropraxia, performing obscene or forbidden gestures, and coprographia, making obscene writings or drawings. And now, item fucking one: 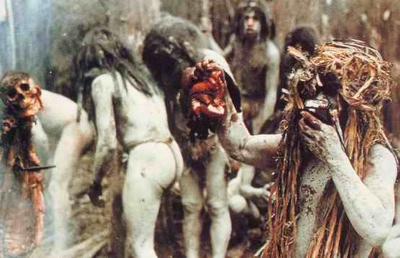