Once again the Oscars are nearly upon us. It is always an interesting time for film buffs and even us regular people who like to see comparisons of our favorite actors. We have previously published two lists on the oscars and, in preparation for this year’s event, we are now publishing our third – courtesy of FlameHorse. 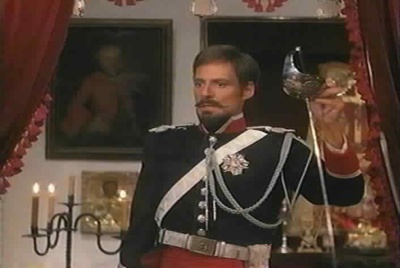 Let’s start with a funny one, shall we? If you haven’t seen it, you should, because it was unjustly panned by the critics (they don’t know good movies, especially comedy), so you know it’s good! Leibman plays the alcalde (mayor) of a small Mexican town, and he’s ruthless beyond belief.

Everything he does, from masked balls to torturing the innocent “pipples” is sent up hilariously over the top, and he’s an absolute riot with every line. He screams about half of them at the top of his lungs, almost singing opera. It’s like watching a cartoon character. He’s the Daffy Duck to George Hamilton’s Bugs Bunny.

Hamilton’s great, too, of course, in dual roles, one of them sidesplittingly gay, but as usual, the villain steals the show. The scene in the second masked ball where Leibman comes walking down the opulent staircase dressed as Henry VIII will kill you every time. 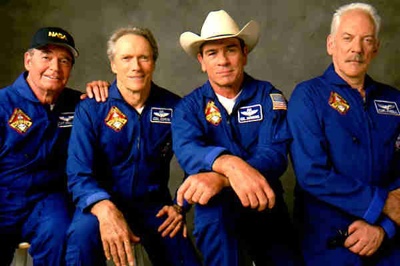 Another outstanding work of comic art, from one of the Renaissance men of deadpan acting. Jones is to acting as Steven Wright is to stand-up comedy, and yet, he threw it all aside just this once, for one romp on the merry-go-round, as one of the four-man Daedalus team, old-school astronauts who come out of retirement to show the rookies how to do it.

It’s especially great to see Kelly and Oddball (from Kelly’s Heroes) team up for old time’s sake, and Garner is a joy as always, but it’s Jones’s effortless charisma that steals the show for him. The scene in the centrifuge with him and Eastwood is a lot of fun:

“First one to pass out buys the beer tonight.”

“Say, fellers, is y’all’s equipment broke down in there?”

It’s the ease with which he says the lines, and makes them come out with life and color. Like when Eastwood goes to see him for the first time after 12 years, and breaks the ice like so:

“You know what the worst day of my life was?”

“The day Armstrong set foot on the moon. Guess I was the only man on Earth who felt like committing suicide that day.”

“Well THANKS FOR THAT, FRANK! We hadn’t talked in 12 years, and that’s pretty much been the big question on my mind. What would make you commit suicide.” 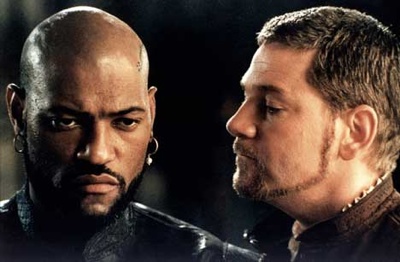 Shakespeare makes or breaks the actor. Spencer Tracy, one of the greatest in history, has a rather glaring absence of Shakespearean roles on his resume. Laurence Olivier is to date the only actor to have won an Oscar for a Shakespearean performance, and it was the most difficult of all, Hamlet.

But Branagh should at least have been nominated for his fiendish, gleefully sadistic turn as Iago, the villain of villains (as noted elsewhere on Listverse). Laurence Fishburne is powerful as Othello, but it’s Branagh who sticks in the viewer’s mind most indelibly. He makes you hate him. You want to kill him, to jump into the screen and cut his throat to watch him gasp and gurgle his last breath. That’s the mark of an actor portraying a villain.

They could have passed over James Cromwell in “Babe” (the one about the pig), in favor of Branagh. 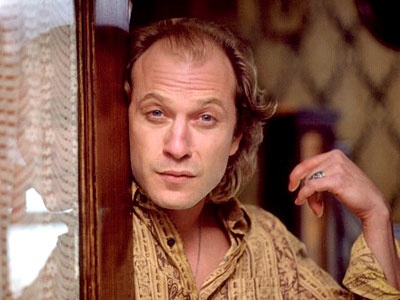 And yet, Levine trumps him by portraying a completely different sort of villain, someone disgusting and repugnant and thoroughly horrifying, “Buffalo Bill.”

Bill is a composite of several real killers, primarily Ed Gein, who really did make a woman suit out of women’s skin. But he was retarded. Levine’s portrayal is that of a man without mental handicap, who just isn’t in his right mind. He wants to be a woman, but can’t get the surgery. So he goes for the next best thing, and Levine’s portrayal is brilliant primarily for the fact that he does not appear to understand that women are people also.

He refers to them as “it,” not “she.” In the scene in which he tricks a woman into getting into his van to help him with some furniture, he doesn’t ask her to get in. He says, “Uh, get in the truck. I wanna push it all the way in.” A command issued as politely as he can manage to keep the subterfuge going, but still a firm command, not a request. It was scripted as a request. Levine argued his case and the director agreed.

He speaks in a really weird, garbled bass voice, as if he’s not entirely on planet Earth. And who can forget him mocking the woman in the pit, when he yells, at first like a creaky door opening, then maniacally, pulling his shirt out to simulate breasts? He’s studying the woman, like you’d study a chimpanzee to learn what it’s thinking.

He may have been snubbed because of the misfortune to be in a movie with an unbelievably more frightening, repugnant, riveting performance of a psychopath. Once you get a taste of that, you tend to forget all else. 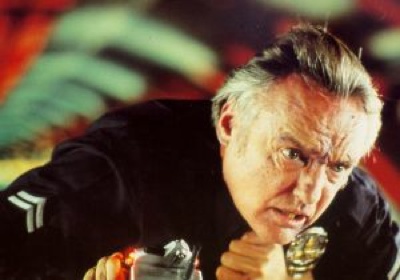 One of the most gleefully malicious villains in film, and Hopper gives it irresistible verve. He feels betrayed by the police force he’s worked for for so long, having lost a thumb, and received a tiny pension and a cheap gold watch. Time for some payback, to the tune of $3,000,000.

He’s lost his mind, that’s for sure and for certain, because he’s prepared to go all the way and kill people. He’s not an empty threat. He blows up one bus with driver just to show he isn’t bluffing.

He intends to blow up the second, full of passengers, and as he’s about to do so, he says with a shrug and a smile, “Too bad, Jack, you could’a made a good cop.” He’s enjoying it. No one else in the movie is as commanding.

But his best line is a quick ad lib as he escapes Keanu Reeves, with Sandra Bullock wired to blow. The script read, “Goodbye, Jack.” Hopper changed it to “Goodbye, Jack. Punk!”

Bonus: it’s Keanu Reeves’s best performance so far (which isn’t saying much) since he actually puts some emotion into the role. 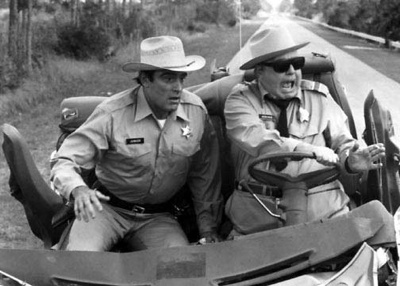 Nobody, but nobody, has ever cussed more colorfully on screen than Gleason as the redneck SHERIFF BUFORD T. JUSTICE, OF TEXAS!!!

He’s chasing the Bandit from Texarkana, TX, 600 miles to Georgia, and he is PISSED the whole way! Gleason is not over the top in this performance. He just lets his blistering frustration speak for itself, and he’s right, because it’s hilarious watching someone else who’s angry, when you’re not involved.

His son’s bride has run away and joined the Bandit. Justice ain’t happy.

“Nobody, NOBODY makes Sheriff Buford T. Justice look like a possum’s pecker!”

But his best line is, in this lister’s opinion, when he orders food, definitely to go, at a diner.

“Lemmee have a…diablo sandwich, a Dr. Pepper, and make it fast, I’m in a goddamn hurry!”

He suggested the entire scene in the diner. It wasn’t in the script. Everything he says makes you laugh until your ribs hurt. He also ad libbed his famous communism speech:

“Nobody runs out on a pretty wedding I set up! She insulted my town…she insulted my son…SHUT UP! She insulted my authority! And that ain’t nothin but pure and simple, old-fashioned communism! Happens every time one of those dancers starts poontangin around with those SHOWFOLK FAGS!” 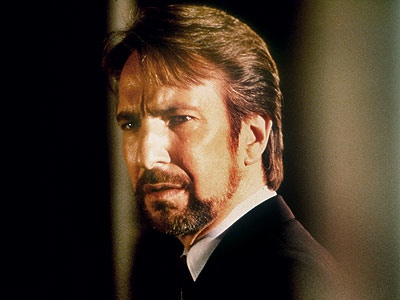 He made the AFI’s list of greatest movie villains, and yet didn’t even get nominated for an Oscar. Whereas, two villains ranked below him, Verbal Kint and Alonzo Harris, weren’t just nominated, but won Oscars. Does that make sense? (FYI: the Oscars are political)

Rickman is suave, classy in his London suit and tie, his multiple languages, but in no time, you find that he is one ruthless barbarian. He blows away Takagi, a father of five, personally, point-blank, right in the face. “Okay. We’ll do it the hard way. Theo, see if can you dispose of that.”

He’s sociopathic. He’s a career thief, but a special breed, who has no problem killing to get to the money. Rickman is terrifying and atrocious at the same time, with that marvelous, metallic voice creeping you out the whole way. 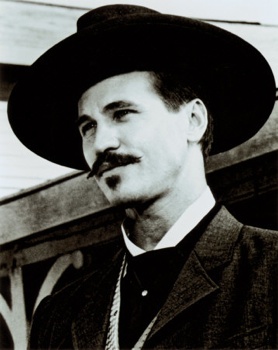 To date, the only accurate portrayal of Doc Holliday. Kilmer’s a sight better than Victor Mature or Kirk Douglas, who look about as tubercular as Secretariat. Kilmer steals every scene he’s in, as the likably eccentric dentist who had to give up his practice and go out west to dryer climes, because he was coughing tuberculosis in his patients’ faces.

He is, therefore, unfalteringly fearless, and necessarily scares the life out of every bad guy who crosses his path. You can see it in their faces. The Cowboys will pick fights with the Earps, or anyone else, but not Holliday. Holliday is always ready to go down in a blaze of glory, because he’s doomed to die before his 40th birthday anyway.

Kilmer nails all this. He plays Doc as a man who has nothing left but the will to destroy himself for fun. He lands the Georgian accent perfectly (as opposed to the other two mentioned). As a result, the audience feels the need to back away from him whenever he shows up on screen. Give him a wide berth. But also to hide behind him when he’s around the Cowboys.

His ridicule of Johnny Ringo’s pistol twirling is dead-on. His drunken poker game with Ike Clanton et al. is uproarious, as he wins hand after hand, takes pile after pile of their cash, and then gleefully infuriates Ike to his face, “Maybe poker’s just not your game, Ike. I know…let’s have a SPELLING CONTEST!” Then he starts laughing heartily as they drag Ike away from him. 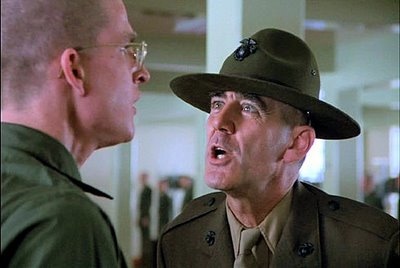 Although Gleason has the distinction of being the most colorful cusser in film, Ermey has got to take 1st Prize for the most violently foul-mouthed performance in history. The first 40 minutes or so of the film are all about him, and he’s so awe-inspiringly commanding that the actual war scenes afterward don’t have any punch to them.

Add to this the fact that Director Stanley Kubrick allowed him to ad lib about 50% of his lines, which Kubrick only allowed for one other actor in history, Peter Sellers. Kubrick was notorious for being a tyrant on set when things didn’t go his way. But Ermey put him in place at one point, by barking ATTENTION! at him, whereupon Kubrick jumped up straight before he realized what was happening.

Ermey was an honest-to-God drill instructor for the Vietnam War, and served a tour in Vietnam, then two tours in Okinawa, and was medically retired for wounds sustained. He knows what war is, and how to train men for it, and that’s why this will probably remain, forever and ever amen, the most accurate portrayal of a Marine Corps DI, and basic training, in all of motion pictures.

The tough DI is a stereotype in war films, and before Ermey there were several good ones, notably Jack Webb in “The D. I.” But after Full Metal jacket, up to now, every DI character has been modeled on Ermey’s performance. 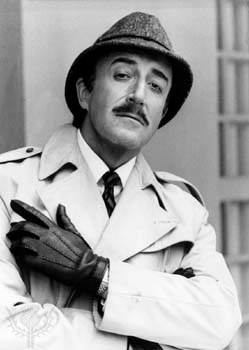 It was intended to be a vehicle for Niven, but Sellers so convincingly stole the whole show that he’s the only thing remembered from any of the movies. It may be that the Academy overlooked his performance because it was so focused on another of his around the same time, a triple role in Dr. Strangelove, which came out the next year.