What is taboo for one culture is tradition for another. Many places all over the world will experience agonizing rites of passage in order to prove their faith, dexterity and maturity, even at the risk of extreme pain. The dreadful sensation is worth it, considering the perks that come with passing an initiation. Generally, girls become women and are now ready to marry, while boys evolve into men, eager to be treated as adults and be considered valuable members of the community. These are just some of the most painful initiation rites (in no particular order). This list is definitely not for the squeamish.

The tribes living along the Sepik river in Papua New Guinea have used the tradition of scarification to mature their boys into men for decades. The ceremony requires the youth to be cut along his back, chest and buttocks in elaborate patterns, to mimic the coarse skin of a crocodile. It is thought that this reptilian divinity consumes his youth during the bloody process, leaving behind a man in his place.

Before he can be treated as a man, though, the boy is subjected to humiliation in a ritual that can take weeks. In fact, the boys are referred to as women and regarded that way in order to psychologically toughen them. The scarification, parallel to the taunts, strengthens them physically because it requires a vast amount of discipline to go through the ritual, withstanding hundreds of cuts. The raw wounds are cleaned after the scarification is complete, but the pain endured continues for days as their bodies heal.

In the South Pacific Ocean, on Pentecost Island, tribe members construct a tower 60 to 90 feet (20 to 30 meters) high made from the trees surrounding a clearing. Rocks and wood are removed from the ground and the soil is tilled before the tower is built. The rickety structure is then used as the world’s most extreme form of bungee jumping, with only two vines and faith supporting a diver.

The ritual is done to ensure the yam harvest that year will be successful; the higher they dive, the better the harvest will be. It’s also thought to strengthen participants spiritually, as they take the leap of faith. While it’s not required to dive, those who do are revered in the community and seen as true warriors. After all, to dive means to sacrifice your life for the tribe. They embrace the possibility of death during the initiation; it’ll be like taking one for the team. Boys around seven and eight (once they are circumcised) can participate, and they’re considered men after they survive the fall.

The risks are obvious. Divers are prone to concussions, broken hips and necks, and that’s if the vines don’t snap (and if they don’t impale themselves). If the vine is measured correctly, the only pain a diver will experience is the sudden harsh pull at his ankles once he drops, a painful feeling which will stay with him for days. It’s common to see tribe members’ heads hit the ground after a jump but for the most part, they survive unscathed. 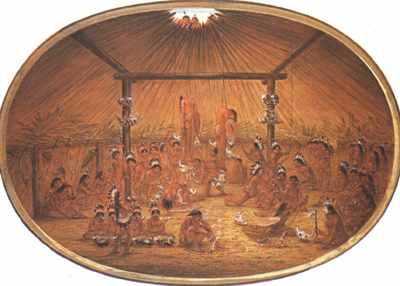 The Okipa ceremony of the Mandan Indians opened with a Bison Dance, followed by a variety of torturous ordeals through which warriors proved their physical courage and gained the approval of the spirits. The Okipa began with the young man not eating, drinking, or sleeping for four days. They are then led to a hut, where they had to sit with smiling faces while the skin of their chest and shoulders was slit, and wooden skewers were thrust behind the muscles. Using the skewers to support the weight of their bodies, the warriors would be suspended from the roof of the lodge, and would hang there until they fainted. To add agony, heavy weights were added to the initiate’s legs. After fainting, the warrior would be pulled down and the men (women were not allowed to attend this ceremony) would watch the warrior until he awoke, proving the spirits’ approval. After awakening, the warrior would sacrifice the little finger on both hands, each finger being severed by the initiate with a hatchet. Finally, the warrior would be taken outside where he would run around the central plaza of the village a number of times. 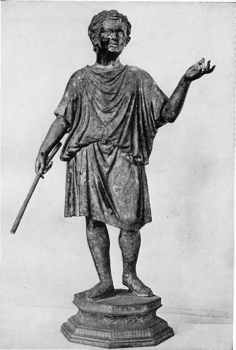 Speaking of penis, the ancient Romans also had their own initiation method. Infibulation is the process of suturing the foreskin. Using string or a metal clasp, the foreskin was closed and the penis was drawn to the side. Most infibulations were self inflicted.

Female Mentawaians of Sumatra experience an agonizing practice known as teeth chiseling. Local shaman sharpens a crude blade as best he can to make the chiseling as least painful as possible. The young girl is given nothing to numb the feeling in her mouth before he takes a rock and begins to hack away. Using careful strikes, the blade carves the corners of the teeth, leaving behind pointed ends similar to shark teeth. To finish the process, her teeth are filed to achieve the desired shape.

This is done to young girls because it is believed to make them more attractive. It’s also said that sharpened teeth please the spirits the tribes believe in, and bring balance to a female’s life. It’s an old tradition the Mentawaians have been following for years, but the practice isn’t as common anymore. Today, it’s up to the girl to decide if she wants her teeth chiseled to become beautiful.

It’s a celebration when a boy has the opportunity to become a man, for the Xhosa people of South Africa. The abakwetha (male initiate) is shaved, and he’s given a feast, before being taken to the mountains where a hut is built for him by his family. The hut will be his home for the next several weeks, so it’s fortified to keep insects and animals away (primarily to protect from disease).

Without any preparation, the surgeon appears and conducts the circumcision. The foreskin is removed, often with a dull blade, and the boy is left alone. He takes refuge in his hut where he cannot eat or drink water until he’s healed. The risk of infection is high. The blade alone, which is used on multiple boys transitioning into men, can often carry STD’s. One of the big fears of the boys going into the procedure is news of previous abakwetha that have been hospitalized because of the circumcision.

The Fulani people, from Benin, have been living nomadically in West Africa for years. For their boys to be considered men, they must endure a tormenting bloody whip match that will test their strength, self-control and bravery. The initiate picks a long stick and sharpens it in a way that will guarantee the most painful blow with every whip. Once he has his weapon, clans from all over gather for the ceremony, where two youths are pitted against each other.

His goal is to hit his opponent the hardest, and wince the least when he’s struck. Three blows are exchanged between each boy. The crowd decides who has shown the most courage through the ordeal, and he is the winner of the match.

Girls of the Sabiny tribe, in Uganda, go through genital mutilation to achieve womanhood. The pain that comes with the tradition is part of the experience that can’t be matched. If she can survive the ordeal, she proves herself strong enough to endure any, and all, obstacles that she may face the rest of her life.

Female circumcisions are complete when the clitoris is partially cut or completely removed. The Sabiny believe this will make a woman faithful to her husband, and keep her from sexual promiscuity. Infection and likeliness of death is high. This, among other health complications, are just part of the tradition that a woman must withstand to prove herself.

Papua New Guinea isn’t know just for the crocodile scarification ritual as seen earlier in the list. Deep in the highlands, an equally gruesome rite of passage exists. The Matausa believe that if a boy doesn’t complete the blood initiation, he may suffer the consequences his entire life. He will never be seen as a real man, and he won’t experience the vigor and strength that the others have. That’s why boys are eager to go through the initiation, regardless of pain, to become warriors.

In order to do this, they must cleanse themselves of any remaining female influences left in them from their mothers. First, they must slide two thin wooden canes down their throats to induce vomiting several times to empty their stomachs. Afterward, a collection of reeds are inserted into the initiate’s nose to further expel bad influence. Finally, they must endure repeated stabbings to the tongue. This bloody ritual thus purifies them, and they are truly men afterward.

The Brazilian Satere-Mawe tradition, that makes young boys into warriors, has become notorious in recent years. Explorers, adventurers and documentarians flock to the Amazon to catch a glimpse of what is considered to be one of the most painful rite of passage on Earth. What makes the initiation so torturous? The culprit is the bullet ant.

According to the Schmidt Sting Pain Index, the bullet ant has the worst known insect sting. A single sting is comparable to being shot with a bullet (ergo the name). The intense pain lasts a full 24 hours, and can lead to vomiting, nausea and cardiac dysrhythmia. And that’s all from one sting. The Satere-Mawe don’t use just one ant.

Employing natural sedatives, more than thirty bullet ants are submerged in the liquid drug until they are unconscious. A glove weaved from leaves is fashioned and then completed by placing the ants in the tight openings, stingers pointed inward. Once they are conscious, they struggle to free themselves from the weaving, growing increasingly anxious and desperate by each passing second. The boy being initiated has his hands coated in a thin layer of charcoal before slipping on two bullet ant gloves. He must endure their stings for ten minutes. The goal is to keep from screaming or showing signs of weakness. He and the tribe members present chant and dance to take his mind off the pain. Once the ritual is complete, he will suffer from the stings for days but he’s one step closer to being a warrior; this process must be repeated an additional 20 times in the following months for it be officially complete.