[Note: This list was prepared by BBC Earth for Listverse] Life is made of many stories. There’s the red one, the blue one, the wow one, the people one, the animal one. There’s the one that makes you giggle, and the one that makes you well up. Life is the stories of all its heroes. The tiny ones, the unexpected ones, the scary ones, the big and ugly ones. And here, Life is colorful… Dive in at http://www.bbcearth.com/lifeis for more amazing stories, videos and photos and visit us on Facebook for exclusive content! Click the images for stunning full size versions. 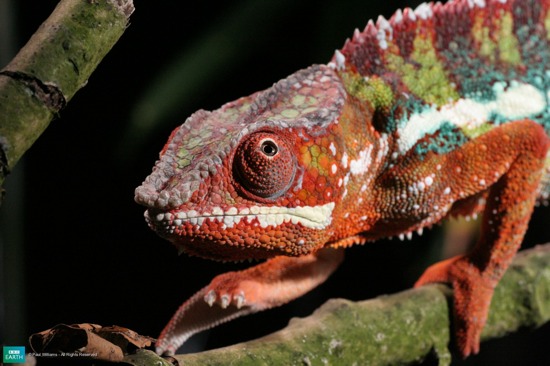 Red, white, green and blue – and that’s just some of the time. The Panther Chameleon has an amazing ability to change color to hide itself. But, unlike us, it can’t pick what color coat it wears – that’s affected by temperature, light and even its mood! [More Images] 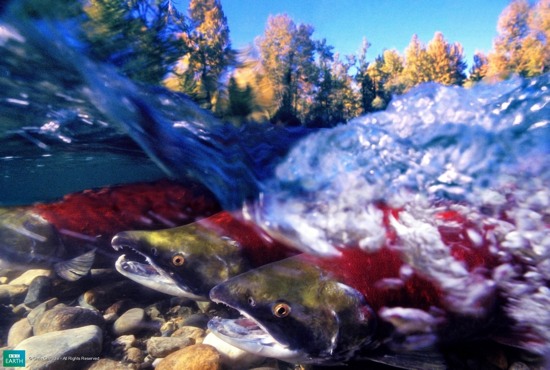 We might tan in the heat, or go red if we get embarrassed, but imagine if the color of your skin completely changed with your environment? That’s exactly what the Sockeye Salmon does – normally blue and silver, they turn red and green before spawning. [More Images] 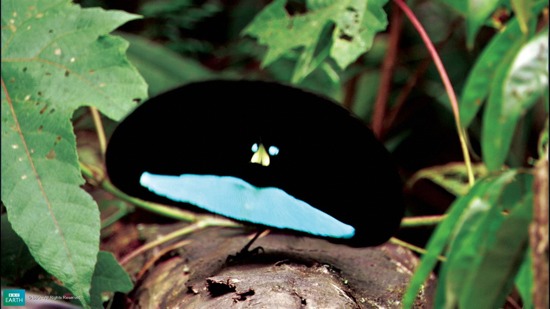 Not only does the male Bird of Paradise have fantastic colorful plumage, he dances, poses and completely changes his shape to woo the less exotic-looking females. Still, lucky girls! Because birds of paradise have great cultural significance to the natives of New Guinea, where their feathers and skins are traded, some species are sadly endangered. [More Images] 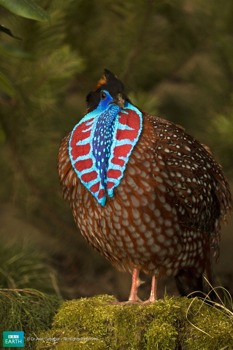 With an orange and brown quiff and a chest that looks like a whale shark lying on top of a heart, the Temminck’s Tragopan is certainly striking. It’s no surprise it’s considered to be the world’s most handsome pheasant. This stunning bird is found in the forests of South Asia. The blue color of its face is actually skin – not feathers. [More Images] 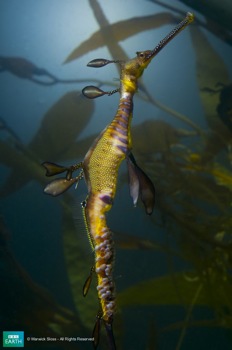 The Weedy Sea Dragon is a weird, wonderful and colorful underwater creature. Not only does the female produce 250 eggs at a time – the male looks after them. And he shouldn’t lose them either – they’re bright pink! The Weedy Sea Dragon is found off the coasts of Australia, where its leafy appendages allow it to hide amongst seaweed when predators come by. [More Images] 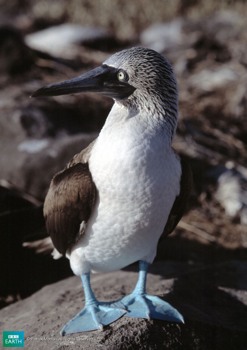 Females are attracted to the male Booby’s brilliant blue boots, so it’s lucky for them that they get even brighter if they miss a mating season. This unusual and very attractive bird is found most famously in the Galapagos Islands in the Pacific, but can be found on various other tropical and subtropical islands also. [More Images] 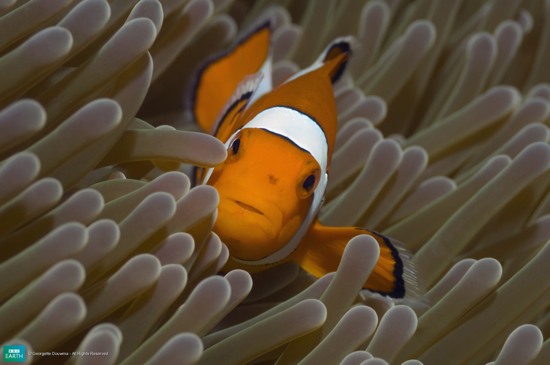 The Clownfish may look pretty with its bright orange and white stripes, but it’s covered in slime. It is essential to the fish forming one of nature’s great teams with the sea anemone though – they are dependent on each other to survive, and the slime protects the Clownfish from the anemone’s sting. [More Images] Did you know the famous pink Flamingo’s lovely color comes from pigment in the algae it eats? They do say you are what you eat. The lesser flamingo is the smallest and most prolific of the flamingo family and is found in Africa and some parts of Asia. These beautiful birds are hunted and eaten by Baboons, wildcats and Eagles. [More Images] 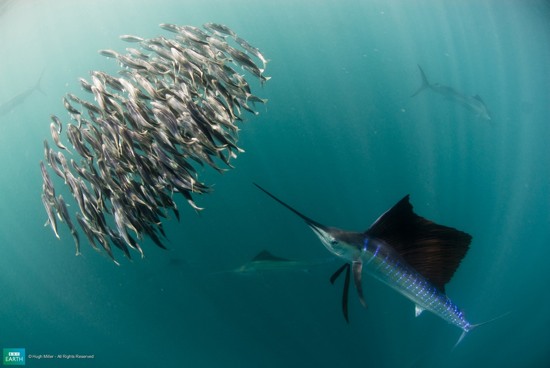 The Sailfish’s blue stripes certainly make a statement, but it’s nothing to do with fashion. They light up when the Sailfish hunts, confusing their prey and letting their fellow hunters know what they’re doing. Now that’s a useful use of color! Sailfish have been clocked at up to 70 mph – the fastest reliably recorded speed of a fish. The sail is usually kept folded down and is raised when the fish is threatened, to give the illusion of being larger. [More Images] 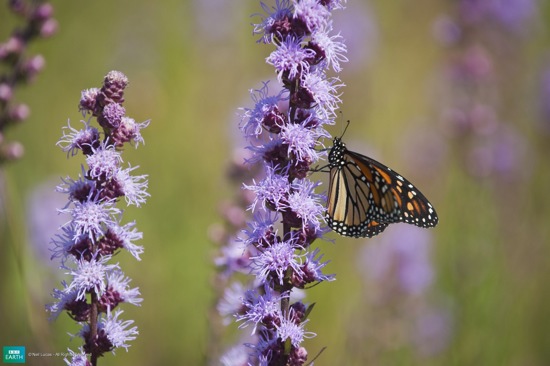 Everyone loves butterflies, especially these pretty ones. But their beautiful colors actually serve as a warning to predators not to eat them because they’re poisonous. Monarchs are probably best known for their southward migration in North America, when the first frosts of Winter arrive. It is the only butterfly to migrate North and South like birds do. [More Images]