Today is Christmas day – the day on which the birth of Christ is celebrated (and has been for millennia). All around the world people will be sitting down to special meals, giving gifts, singing, drinking and attending religious services. In honor of this great holiday (my favorite, in fact), we have a list of Christmas facts. I would like to personally wish everyone reading a joyous Christmas. 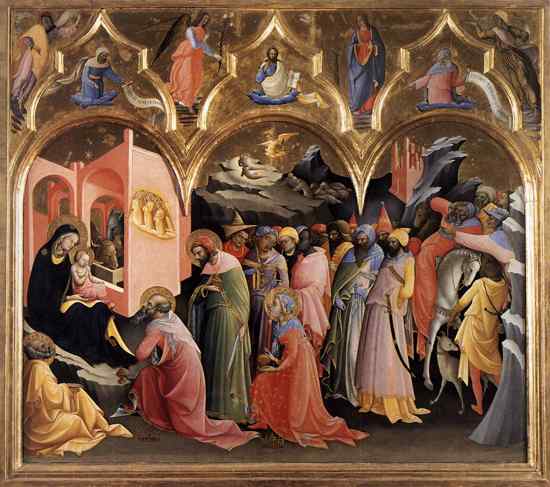 In the early Church, Christmas was not celebrated as a major feast. The first evidence of the Church attempting to put a date on the day of Christ’s birth comes from 200 AD, when theologians in Alexandria decided it was the 20th of May. By the 380s, the Church in Rome was attempting to unite the various regions in using December 25th as the universal feast day, and eventually that is the day that stuck. As so often was the case in the early Church, the influence of the pagan feasts of Rome is seen, because December 25 was the festival for the birth of the sun. St Cyprian makes mention of this: “O, how wonderfully acted Providence that on that day on which that Sun was born . . . Christ should be born.” 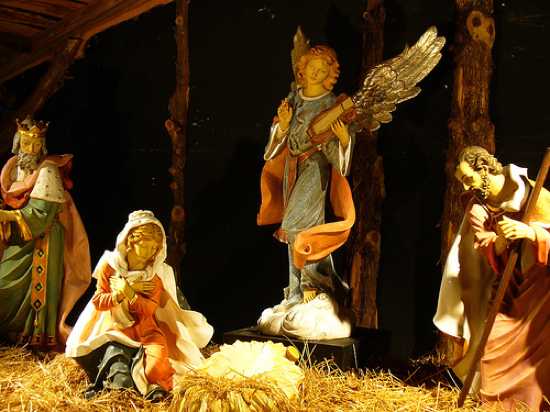 Everyone knows who Saint Francis is – the famed saint who had an apparent miraculous control over animals, and who travelled to the Middle East to convert the Muslims – offering to be thrown into the fire. And we have all seen nativity sets – little (or sometimes not so little) figurines which represent the people present at the birth of Jesus. What most people don’t know is that Saint Francis invented the nativity set in the 13th century! 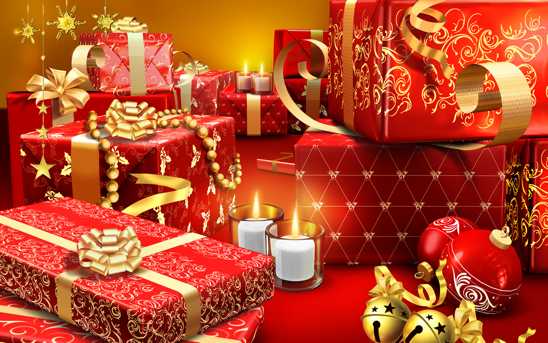 Gift giving, Christmas drinks, Christmas Cards and many other Christmas traditions are not modern gifts of capitalism (though capitalism sure does love it) – they actually come to us via the Ancient Romans who exchanged all of those things on New Year’s Day (Strenae, named after Strenia the goddess of New Year’s gifts). This was initially shunned by the Church (“(Do not) make vetulas, [little figures of the Old Woman], little deer or iotticos or set tables [for the house-elf, compare Puck] at night or exchange New Year gifts or supply superfluous drinks [another Yule custom].” -St Eligius, 7th century) but old habits die hard and it eventually transferred to Christmas. 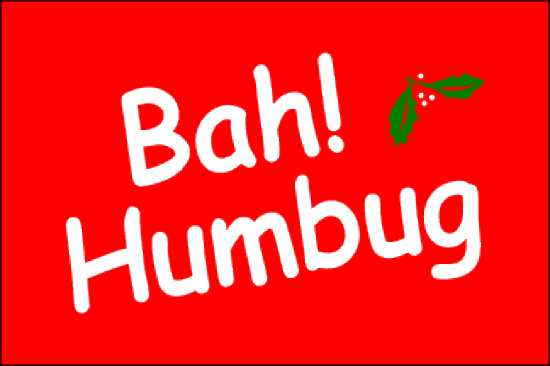 In England, Christmas was forbidden by Act of Parliament in 1644; the day was to be a fast and a market day; shops were compelled to be open; plum puddings and mince pies condemned as heathen. The conservatives resisted; at Canterbury blood was shed; but after the Restoration Dissenters continued to call Yuletide “Fooltide”. Following the Protestant Reformation, groups such as the Puritans strongly condemned the celebration of Christmas, considering it a Catholic invention and the “trappings of popery” or the “rags of the Beast.” Celebration was outlawed in Boston from 1659 to 1681. The ban by the Pilgrims was revoked in 1681 by English governor Sir Edmund Andros, however it was not until the mid-19th century that celebrating Christmas became fashionable in the Boston region. 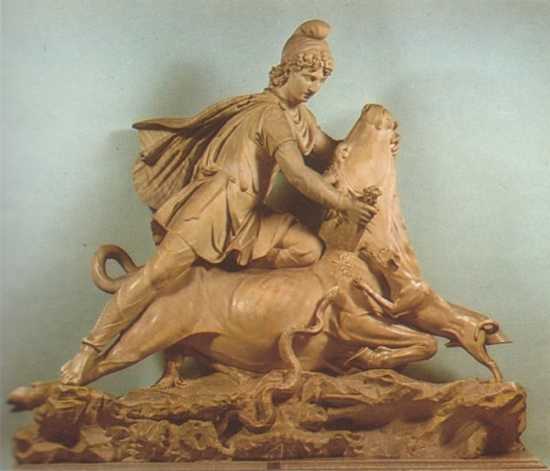 As often happens with very ancient traditions, many myths have sprung up surrounding Christmas. The most popular is that the entire nativity did not happen and is based on the pagan Mithras character (a sun god). Many aspects of Mithra’s life are given as proof but it is only in fairly recent times that this notion has been promoted. In reality, many of the similar words were borrowed from Christianity which was sweeping the world during the height of the Mithras cult. Mithra is often said to have had an identical birth to Christ, but in reality the pagans believed he was born on a mountain top. Furthermore, the adoring shepherds at Mithra’s birth did not appear until well after the nativity of Jesus was known throughout the world. This is a case of paganism stealing from Christianity and not the other way around. [Source: “Textes et Monuments figures relat. Aux Mysteres de Mithra” (2 vols., Brussels, 1896-1899)] 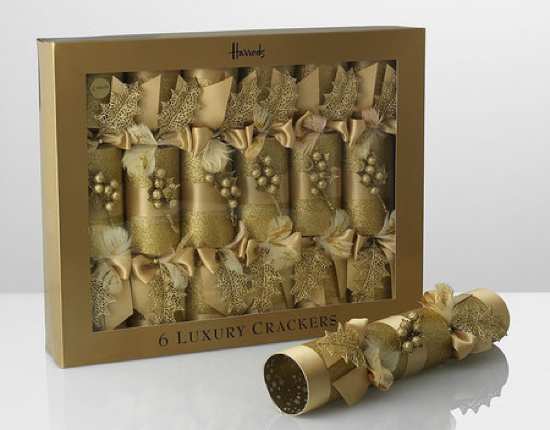 I was recently surprised to discover that Americans don’t generally have Christmas crackers at Christmas. In the UK and many commonwealth countries, Christmas crackers (not the type you eat) are placed on the table and everyone pairs up to “pull” one. The cracker is a small tube of cardboard with a gift inside and a strip of paper that emits a bang when pulled. This is all covered with decorative paper and shaped to look like a bonbon. Crackers often include a little joke, a toy, and sometimes a party hat – all of which is usually kept by the person who ends up with the largest part of the cracker when it is pulled. You can buy very cheap crackers or very expensive (the ones above cost $1,000 US at Harrods). Because of the variety of prices available they are usually found in the homes of everyone, rich or poor, at Christmas. Crackers were invented by Tom Smith (a seller of candy), in 1847. 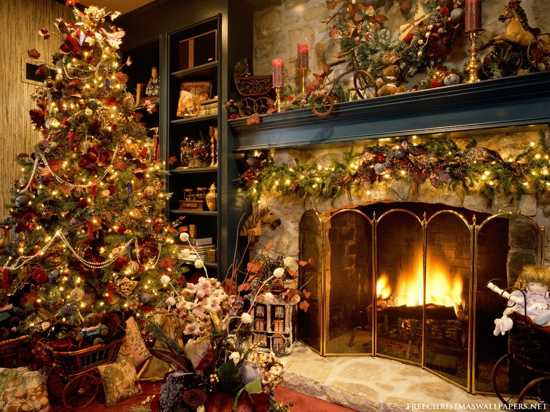 Most people have heard the tale of how Martin Luther, the famous protestant rebel, gave the world the Christmas tree (or in some variations, candles on the Christmas tree). It is not true. The first association of trees with Christmas comes from Saint Boniface in the 7th century AD, when he chopped down a tree sacred to Thor to prove to the local villagers that the Norse gods were not legitimate. By the 15th century people were cutting down trees and putting them in their homes to decorate with sugared fruit and candy and candles. By the time Luther came around, it was a long established tradition. 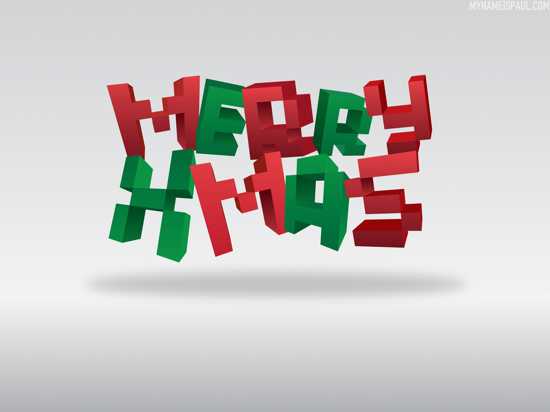 That one small word causes anger amongst many people; many Christians consider it to be disrespectful to replace Christ’s name with an ‘x’ – even going so far as to that that it is a ploy by anti-Christians to de-Christianify Christmas. However, Xmas is almost as old as the feast it refers to – the ‘x’ is actually the Greek letter chi which is the first letter of Christ’s name in Greek (Χριστός). Xmas is every bit as religious as Christmas. 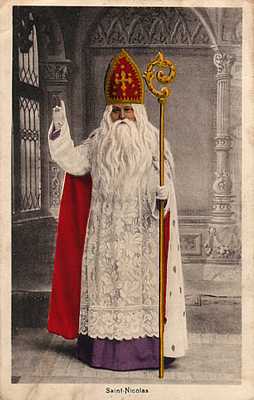 Santa Claus is actually based on the early Church Bishop Saint Nicholas. He was born during the third century (around 270 AD), in the village of Patara in Turkey, and was known for secretly giving gifts of money to the poor. The modern image of him as a jolly man in red most likely comes from the 1823 poem “A visit from St Nicholas” also known as “The Night before Christmas” which you can read in full here. 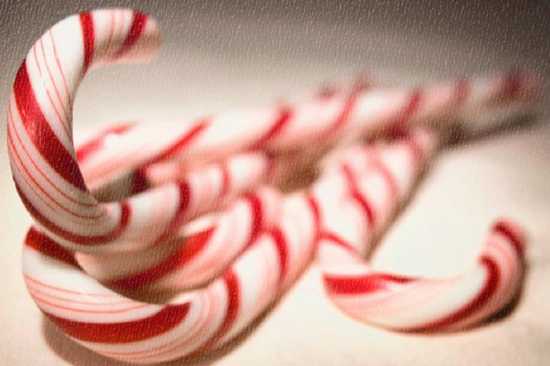 In the late 1800s, a candy maker in Indiana wanted to express the meaning of Christmas through a symbol made of candy. He came up with the idea of bending one of his white candy sticks into the shape of a Candy Cane. He incorporated several symbols of Christ’s love and sacrifice through the Candy Cane. First, he used a plain white peppermint stick. The color white symbolizes the purity and sinless nature of Jesus. Next, he added three small stripes to symbolize the pain inflicted upon Jesus before His death on the cross. There are three of them to represent the Holy Trinity. He added a bold stripe to represent the blood Jesus shed for mankind. When looked at with the crook on top, it looks like a shepherd’s staff because Jesus is the shepherd of man. If you turn it upside down, it becomes the letter J symbolizing the first letter in Jesus’ name. The candy maker made these candy canes for Christmas, so everyone would remember what Christmas is all about. [Source]

That brings to an end our special Christmas list for 2010. I hope you enjoyed it and that you all have a truly happy Christmas. To leave the list on a special note I have included my favorite Christmas carol above. If you liked this list you should also check out last year’s Top 10 Bizarre Things You Didn’t Know About Christmas.