Odors are things that we probably do not pay much attention to. We just tend to prefer pleasant scents and stay away from unpleasant odors. However, there is more to these smells.

For instance, that chlorine odor we perceive in pools is not chlorine. And the smell of a new car is surprisingly dangerous to your health. Here are 10 more facts about common scents. 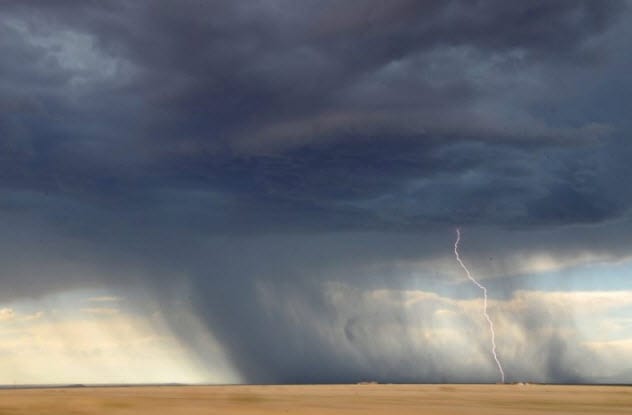 Remember that comforting scent you smell just before it rains? That’s petrichor. It is not caused by the incoming rain, although most people think it is. Petrichor is actually caused by actinobacteria.

Actinobacteria spend the majority of their lives breaking down the complex compounds in decaying organisms into simpler compounds. In the process of doing this, they release an alcohol called geosmin as a by-product.

Actinobacteria reduce the breakdown of complex compounds in the absence of rainfall and increase the decomposition when the bacteria detect rainfall. These bacteria know it is about to rain because of the sudden increase in moisture. They produce more geosmin in anticipation of the rain. The geosmin causes the scent we call petrichor.[1]

Geosmin becomes airborne as rainfall displaces it from the ground. The smell becomes concentrated during heavy rainfall and will even travel to areas farther away, alerting people that it is raining nearby and could be raining in their region soon. 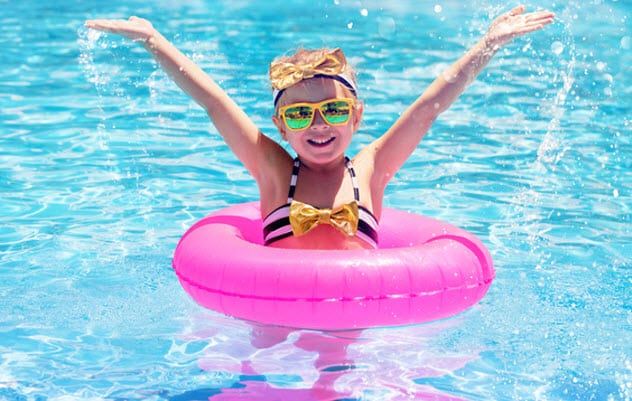 Remember that harsh chlorine odor of swimming pools? It turns out that the smell is not chlorine but chloramine, a product of the reaction of chlorine and ammonia. Swimming pool owners add chlorine to their pools to kill germs. Chlorine will often react with the water and release two germ-killing chemicals: hypochlorous acid (HOCl) and hypochlorite ion (OCl-).

However, hypochlorous acid will usually react with ammonia (NH3) to produce monochloramine, dichloramine, or trichloramine. Trichloramine has the strongest odor and is usually the one that causes that pool smell. However, the smell could also be caused by dichloramine.

Remember we mentioned that hypochlorous acid reacts with ammonia to form chloramine? Where does that ammonia come from? Apparently, it comes from the sweat, urine, and body oils of swimmers. They can reduce the amount of ammonia they release into the pool by showering before using the pool.[2] 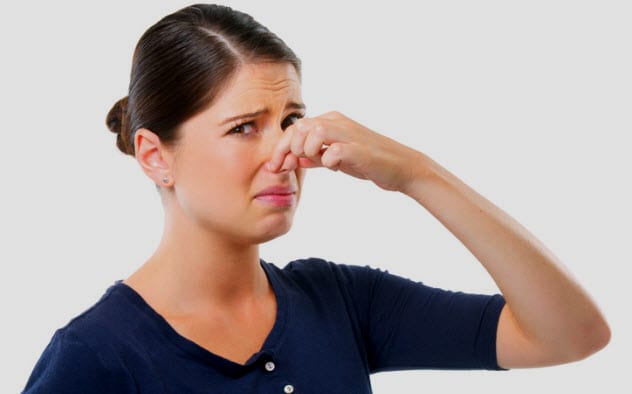 Liquefied petroleum gas (LPG) is colorless and odorless in its natural form. That nauseating rotten egg or rotten cabbage smell it gives off is caused by the addition of ethyl mercaptan. The only reason ethyl mercaptan is added to LPG is to allow us to detect leaks.

There was no way to detect gas leaks when ethyl mercaptan was not added to gas. This changed on March 18, 1937, when an explosion caused by a gas leak destroyed a Texas school, killing 370 teachers and students.

The resulting fire engulfed the school in one huge explosion. Accounts say that the explosion lifted the school into the air before slamming it back to the ground. About 500 students and teachers were in the school at the time of the accident. Only 130 survived.

The explosion led to the passage of regulations requiring utility companies to add ethyl mercaptan to LPG. However, ethyl mercaptan is not foolproof. A very small minority cannot detect it. It can also get trapped inside the pipes and will not be released during a leak.[3] 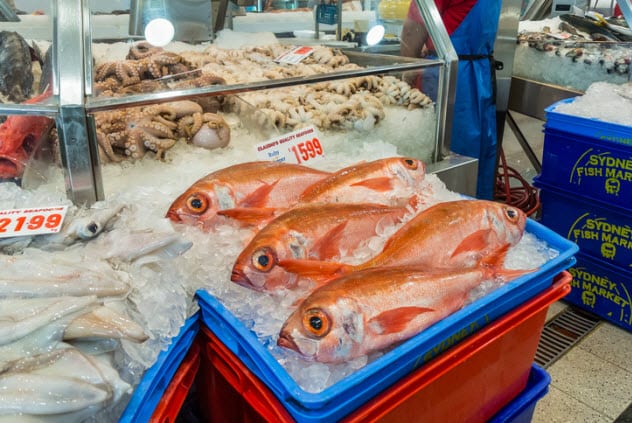 Some people hate the smell of fish so much that they avoid eating it. But these individuals will usually have no problem handling a living fish. This is because living fish do not have that sharp smell. Only dead fish do. That pungent fish smell is caused by trimethylamine (TMA), a by-product of the trimethylamine oxide (TMAO) that exists naturally in fish.[4] 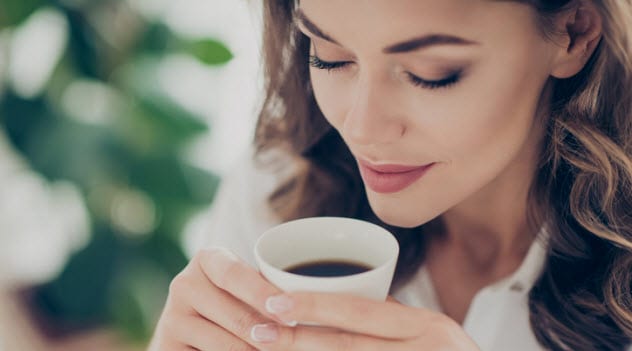 Good food generally smells good, and bad food smells bad. But good coffee does not always taste good. At least not for everybody. Now we will all agree that coffee has a very nice smell. So nice that even people who don’t like drinking this beverage love its smell.

New compounds are usually created when food is cooked, baked, roasted, or whatever. Coffee is no exception. Over 800 compounds are produced when it is roasted. Twenty compounds are responsible for its distinct smell, although 631 compounds are involved.

Coffee does not smell as nice or as good as it did before we drank it because our saliva absorbs 300 of the 631 compounds that cause its distinct smell. From the look of things, the other 331 don’t smell as nice.[5] 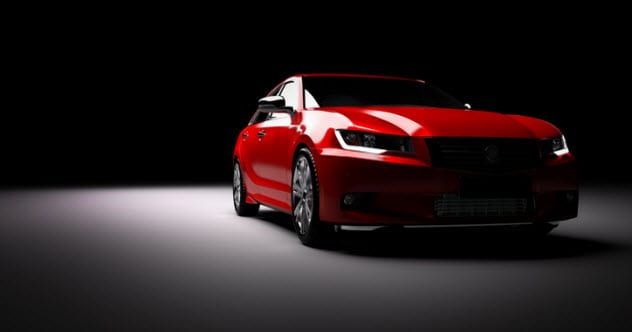 Who doesn’t love the smell of a new car? As comforting as it is, the new car smell is so dangerous that it is considered air pollution. That scent is caused by the release of volatile organic compounds (VOCs), which are known carcinogens. They may also cause allergies, birth defects, and headaches.

The scent dies out after a while but will usually return in warmer conditions. For this reason, people buying new cars are advised to keep the windows open when it is hot outside. Carmakers are aware of the dangers of VOCs and are trying to stop that new car smell. Toyota uses water-based glue instead of solvent-based glue for this reason.[6] 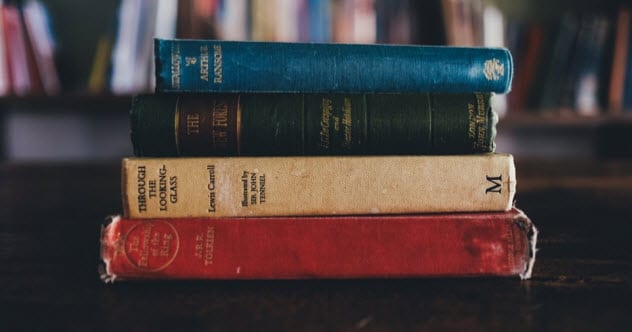 “Biblichor” refers to the smell of old books. It is actually a new word. Whether it will make it into the English language is only a matter of time. Old books don’t have a definite odor. Some smell like vanilla, coffee, chocolate, or other individual or combined substances. However, all the scents are called biblichor.

This odor is created when the chemicals used to make paper break down. The smell mostly comes from cellulose and lignin, which is present in every paper. Lignin is the same organic matter that makes old books yellow. It breaks down after some years, producing acids and, finally, cellulose.

Other compounds may also be produced depending on the materials used in making the paper and when it was made. Compounds produced include furfural and benzaldehyde (which makes books smell like almond), vanillin (which gives it a vanilla scent), and 2-ethyl hexanol (which is flowery). There is also toluene and ethyl benzene, which makes old books smell sweet.[7]

New books also have a distinct scent, but it is not called biblichor. The new book smell is caused by the materials used to make the paper, the ink, and the adhesive that holds the book together.

3 The Smell Of Freshly Cut Grass 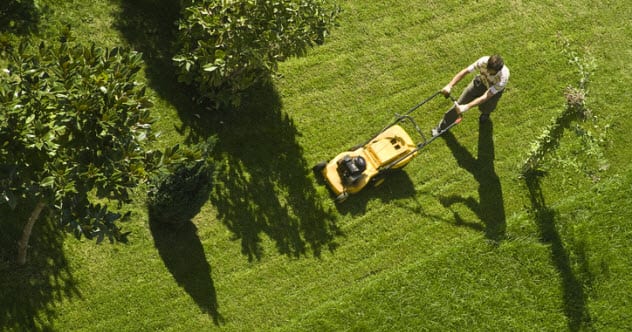 Freshly cut grass has a unique and satisfying smell. While the scent can be comforting to us, we cannot say the same for the grass. In fact, the trimmed grasses would have been screaming if they had mouths. As they do not, they instead release green leaf volatiles (GLVs), which is what we smell.

Plants go into overdrive when they release GLVs. Their systems immediately deploy defenses against fungi and bacteria that might want to infect the trimmed tips. They also release chemicals to seal the trimmed tips, similar to the way that platelets in our blood form clots to stop our wounds from bleeding.

2 The Smell Of Farts 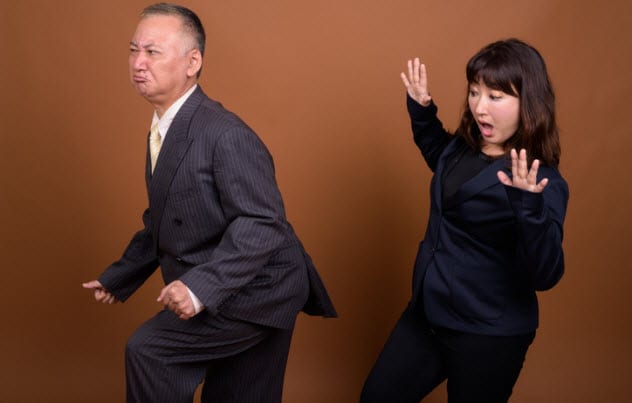 No list of scents and odors would be complete without farts. They do not have a definite smell. Sometimes, they do not stink at all. At other times, the odor is so bad that it will empty a hall filled with people.

Scientists already know that people who eat healthier meals have the worst farts. Proteins like milk, egg, and vegetables usually produce sulfur in the stomach. Sulfur is the chemical that makes rotten eggs smell. It is also the reason that the farts of people who eat a protein-rich diet smell terribly.

It is good to have a sulfur-rich fart. It means you’re taking in a good amount of protein. Your body just has to release the excess. Foul-smelling farts can also be created when carbohydrates ferment in the stomach. This is because fermentation produces methane, hydrogen, and carbon dioxide, which stink terribly in farts.

Terrible-smelling farts can also be caused by constipation. This is the result of having excessive poop inside the body. When this happens, the person will continue to fart until he visits the bathroom. The farts worsen if there is a delay because the poop will continue to ferment until it is released from the body.[9] 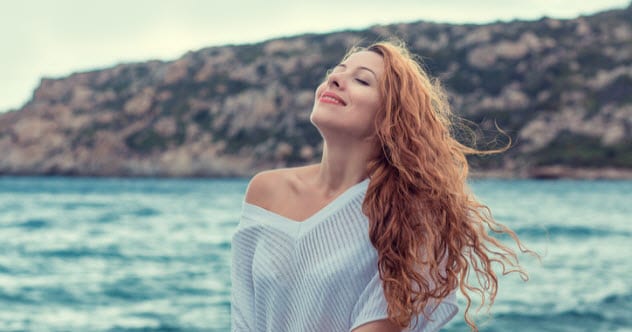 People will often go to the seaside to enjoy the colorful view, quiet breeze, and comforting scent. That fragrance is created by bacteria from a molecule called dimethyl sulfide (DMS). In turn, DMS comes from dimethylsulfoniopropionate (DMSP), which is produced by ocean-dwelling phytoplankton.

Bacteria feed on DMSP, creating DMS as a by-product. DMS is one of the most important molecules in the world. It aids the formation of clouds and is added to food to give it a savory taste. Small amounts of DMS are enough to alter the taste of food.