Many couples worldwide are wanting to increase the probability of bearing a baby of a particular gender they want. Some couples have even had four or five sons or daughters, when all they wanted was a child of the opposite gender. There are a few methods out there to help give them the son or daughter of their dreams. Lets discuss some of the techniques parents have tried, to help give them the boy or girl they so wanted to complete their family. Nonetheless, parents, of course, need to love whatever they get, all the same. 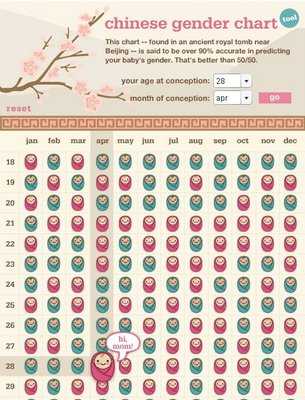 I have put this at the top of the list because most people, in the public or scientific community, just don’t believe this method works. Nonetheless, companies claim that this is an amazing method with 99% accuracy and was found in an ancient tomb. Earth, air, fire and water within the spirits of the parents to be are believed to influence their luck and, therefore, give them a baby of the gender they want. However, surveys have shown the success rate to be a mere 50%, therefore showing this “method” really doesn’t work at all. 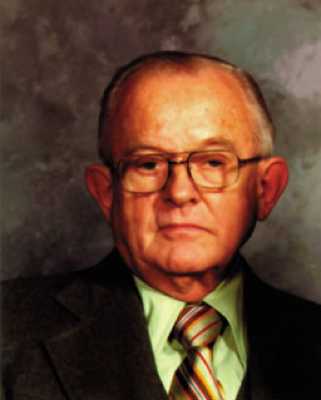 This method has some scientific merit, but not a lot. Shettles claims an 80% for couples wanting a boy and a 75% success rate for those wanting a girl. However, surveys by inGender.com have shown 60% for a boy and 65% for a girl. Shettles theory is based on timing intercourse with ovulation. If the parents want a boy, they are to try for a baby as close to the female’s ovulation as possible. If they want a girl, the are to try 3 or 4 days before ovulation. Shettles theorizes his method works because the father’s gamete bearing an x chromosome (girl) is larger and slower, but lives longer, whereas the father’s gamete bearing a y chromosome (boy) is smaller and faster, but has a shorter life. 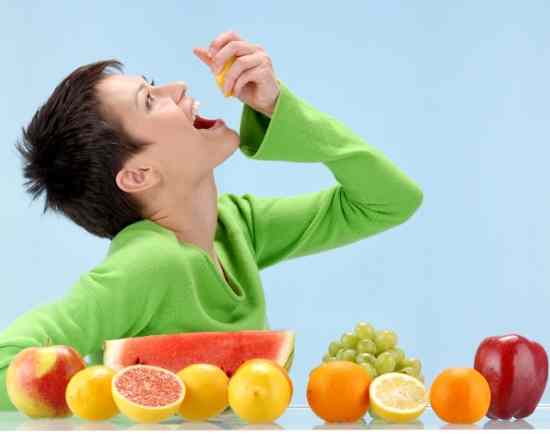 The diet method has received some fairly positive reviews. Scientists believe that the woman’s diet influences the PH of her reproductive tract. Y chromosome gametes thrive in an alkaline environment, whereas x chromosome gametes prefer an acidic environment. If the couple wants a girl they should eat fish, lettuce and drink lots of milk, generally foods rich in calcium. For a boy, they should eat lots of meat, sodium and eggs, a protein-based diet. Surveys have shown success rates of up to 80% and the diet method seems to actually have produced quite a lot of happy parents, but couples are strongly recommended to talk to their doctor before starting such a strict diet, and many believe it’s not very healthy, especially when trying for a baby. 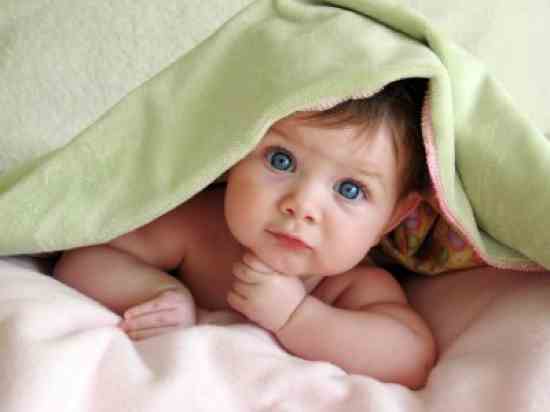 Kynzi, an Australian mother, discovered this method as a result of many years of wanting a daughter. She had 6 sons, with 5 of whom she had used the Shettles method in hopes of getting a girl. Finally, she figured that maybe his method just didn’t work and decided to try for a baby AFTER her ovulation. She tried 12 hours after all signs of ovulation had passed and got her girl. Many of her friends tried her method as well and many of them got a daughter. Over 12 years, a 70% success rate has been documented for this method. (Note that this method is only for couples who wish to try for a daughter).

Founded by Dr. Ronald Ericsson, this doctor believes that Dr. Shettles had some good points. Ericsson experimented by putting semen in a test tube with water in it and allowing the faster y to swim away from the slower x, thus, effectively creating two samples in the tube. A cell would then be artificially inseminated into the female from the desired sample at either end of the test tube in hopes of giving her her awaited son or daughter. It’s about 70 to 80% effective. 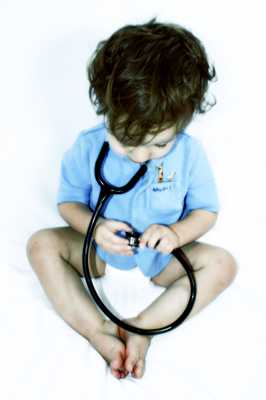 Semen is put in a rotator which is allowed to spin. The larger x gametes will spin to the outside keeping the y gametes further inward, thus giving the doctor, (yes this a clinical procedure just like #6), the opportunity to choose from the appropriate part of the rotator desired by the couple; about 70 to 80 percent effectiveness is claimed within the medical community for this method, but it is expensive and costs thousands of dollars per trial. 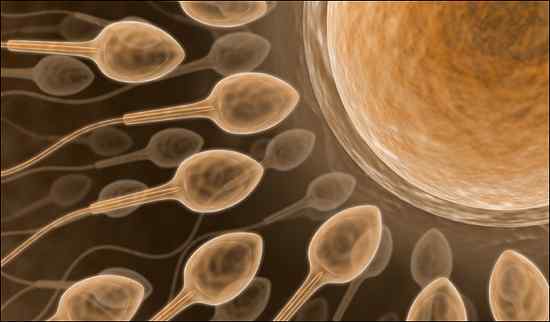 Commonly referred to as PGD, this method is extremely controversial and actually illegal in most countries. This is also, by far, THE most expensive gender technique on the market. It costs tens of thousands of dollars per trial and was initially developed as a means of avoiding birth defects. Zygotes are fertilized in a petri dish and allowed to develop for a few days. Then, the doctor removes a single cell from each of them and tests it for an xx pair of chromosomes or an xy pair of chromosomes and inseminates a desired embryo into the mother, allowing the others to die (tantamount to murder many would call it). The embryo is likely to die in the mother, anyway, and it’s possible there won’t even BE any embryos in the dish of the desired gender. The medical community estimates this procedure to have well over a 99% chance of giving the couple the gender baby they want, if an embryo gets implanted and develops full term, but most consider it highly immoral and unnatural. It’s extremely expensive and it’s unlikely for the female to even get pregnant. 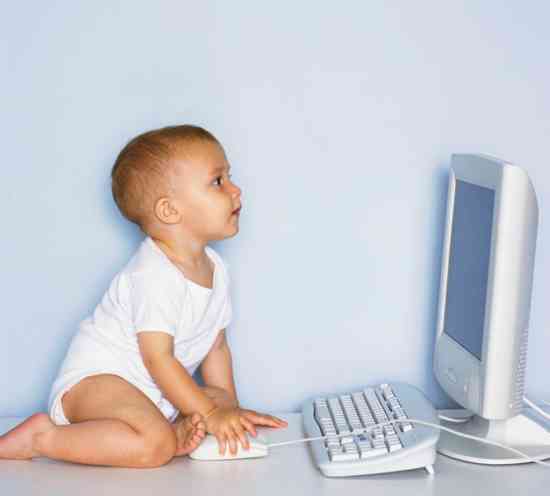 An American based company, they claim their product to be highly effective, mostly because they combine many factors and methods, helping the couple conceive their desired gender baby. They believe that the female’s tract and egg follicles alternate their PH and therefore attract different gender gametes at different times. Twins of opposite gender might occur if the PH is neutral or changes or the eggs are released at different times. They also take into account diet, herbal supplements, douching and many other factors to help increase gender probability. They claim that they have had over 5000 customers but only 20 failures reported to them. Personally, I do not believe they are THAT great. I suspect most who “failed” were just nonetheless pleased with what they got and didn’t dare to complain anyway, as any loving parent should. 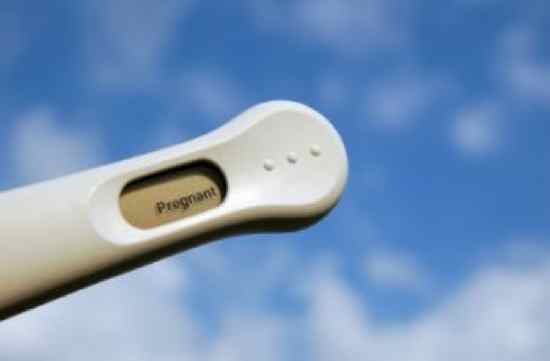 Dr. Patrick Schoun, in 1985, discovered that x-bearing gametes are slightly negatively charged and y-bearing gametes are slightly positively charged. The egg alternates its electric charge and therefore sometimes attracts female cells and repels male cells and sometimes attracts male cells and repels female cells. Schoun, from many observations in humans and cattle, created a formula based on the female’s chemistry, to determine how her egg would be charged and when. He created a chart of dates for all applying customers for $400 a year. They would then use the chart to try for a son or daughter. Selnas claims an 87% success rate for their method. 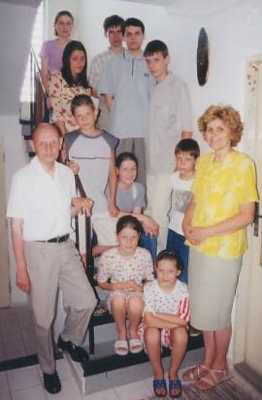 I thought I would save this for last, probably because it is, by far, the most original method out there. Dr. Eugen Jonas used to be a psychologist, but he was repulsed when Hungary legalized abortion, in 1956. He looked into the female’s reproductive cycle and found the rhythm method did not truly work to avoid pregnancy. He remembered a passage from the Bible stating that a woman is fertile by the moon. He went on to use astrology to determine women’s fertility, child’s health and child’s gender. He claims 98% success for desired gender, healthy child, helping the seemingly infertile conceive and when it’s unlikely for a woman to fall pregnant. Jonas further claims that his method is also the most scientifically tested of all methods and many tens of thousands of couples have been carefully and scientifically monitored to make sure they were following the method with full rigor (including abstinence on his own contraception dates for couples using any of the other 3 categories) and the results (contraception, infertility, healthy child and gender selection) were fully documented. However, many have dismissed his method as too good to be true and still others think Jonas is crazy. However, he and his wife (who share a generally unfavorable blood type) have 11 healthy children, all of which Jonas claims to have planned using his theories.

10 Real Deformities You Have To See To Believe