We have many lists on the site relating to murder, killing and death in general. This list takes a slightly different angle from those in that it relates specifically to celebrities who have killed, or been accused of having killed. None of the entries here are celebrities because of their crimes; they are all people who committed (or were accused) after their celebrity was already established. 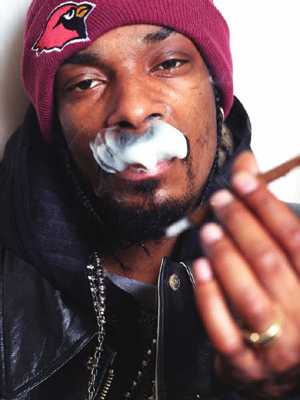 The rapper famous for his duet with D. Dre in ‘Ain’t Nothin but a G Thing.’ He was arrested and put on trial in connection with the death of Philip Woldemariam, a member of a rival gang who was shot and killed by Snoop’s bodyguard, McKinley Lee. Both Snoop and Lee were defended by Johnnie Cochran at the trial, and were both found not guilty on grounds of self-defense. He has since gone on to enjoy a lucrative career. 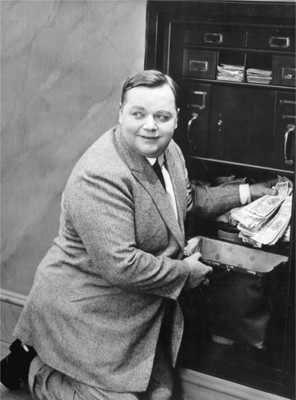 A silent film actor who acted alongside the likes of Charlie Chaplin, Buster Keaton and Mabel Normand. Some of his most notable films are ”His Wedding Night,” “Coney Island,” and “Out West.” On September 5, 1921, he rented rooms 1220 and 1221, at the San Fransisco St. Francis Hotel, and invited several women along. One of these women was a party loving actress named Virginia Rappe. Rappe was already in poor health as a result of heavy drinking and multiple abortions. A drunken Rappe claimed that Arbuckle tried to rape her while she was unconscious. After she died, a week later, it was theorized that Arbuckle may have raped her with a Coca Cola bottle, resulting in her bladder rupturing. He was found innocent at a trial, however his career never recovered from the scandal, and it haunted him until his death, in 1933. 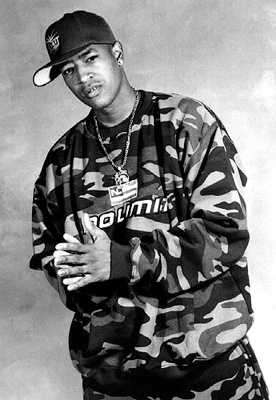 Rapper C-Murder, aka Corey Miller, who was part of the rap group TRU, with his brothers Master P and Silkk the Shocker, was at the Platinum Club in Harvey, Louisiana, on January 12, 2002. After an altercation resulted in 16 year old Steve Thomas being beaten and shot to death, Miller was identified as the assailant. After being convicted of second degree murder, the verdict was overturned by the Louisiana Supreme Court, in 2006. A second trial found him and the brother of rap mogul Master P guilty, and they were sentenced to life in prison. It has been said that the motivation for the killing was after Thomas embarrassed C-Murder during a rap battle hosted at the club that evening. 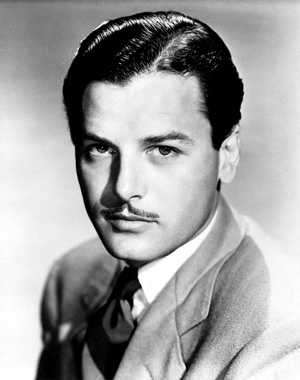 Academy award winning actor Gig Young, won Best Supporting Actor for “They Shoot Horses, Don’t They?” and appeared in films like “Sergeant York,” “The Three Musketeers,” “Teacher’s Pet,” “The Touch of Mink” and “Game of Death.” He married his fourth wife, 21 year old German actress Kim Schmidt, at the age of 64. Three weeks after their marriage, the couple was found dead in their Manhattan apartment. Police ultimately concluded that Young killed Schmidt, and then turned the gun on himself. No motive for the killing was ever made clear. 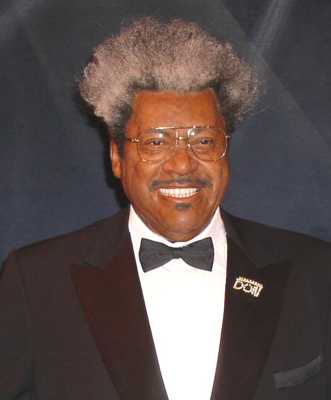 Don King has promoted some of the most well known names in boxing, such as Mike Tyson, Muhammad Ali, George Foreman and Evander Holyfield. After dropping out of Kent State University, he ran an illegal bookmaking operation and was charged with two different killings, 13 years apart. After he shot Hillary Brown in the back, it was found to be a justifiable homicide since Brown was attempting to rob him. King was convicted of second degree murder after he stomped Sam Garrett to death, an employee who owed him $600. He served just under four years in prison. 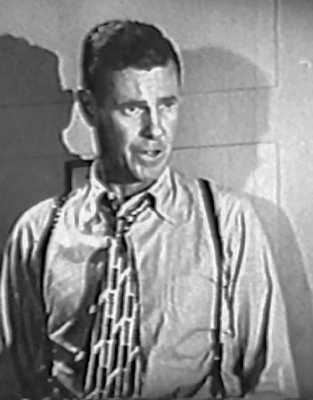 Stage and screen actor, Paul Kelly won a Tony Award for his role in the play “Command Decision.” During a fistfight, in 1927, with actor Ray Raymond, he ended up beating Raymond to death. He spent 25 months in San Quentin prison. Kelly later married Raymond’s widow, Dorothy MacKaye, who was briefly imprisoned as an accomplice. He died in 1956, of a heart attack at age 57. 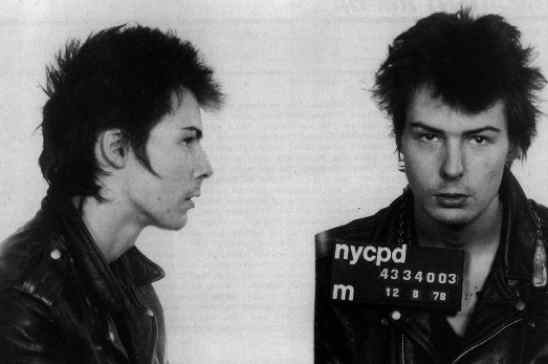 Sid Vicious was the bassist for the controversial punk rock group the Sex Pistols. Along with his girlfriend, prostitute Nancy Spungen, he suffered from heroin addiction. One night, while staying in their room at New York’s Hotel Chelsea, Sid woke to find Nancy stabbed to death in the bathroom. He was arrested and charged for her killing. He frequently changed his story saying that he stabbed her, not meaning to kill her, in the middle of an argument, and then claimed he didn’t remember what happened. Sid died a few months later from a heroin overdose. 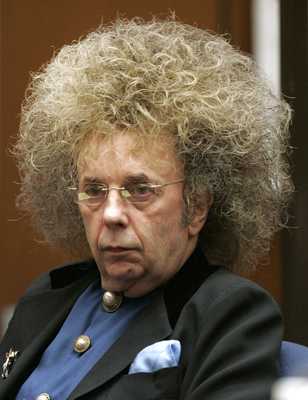 This legendary record producer has backed numerous music legends such as the Beatles, the Ramones, Ike and Tina Turner and the Righteous Brothers. After actress Lana Clarkson was found shot to death in his mansion, Spector claimed the gunshot was self inflicted, but numerous people have claimed to have been held at gunpoint by Spector in the past. The first trial resulted in a hung jury, while the second trial found him guilty, and he was sentenced to 19 years to life. 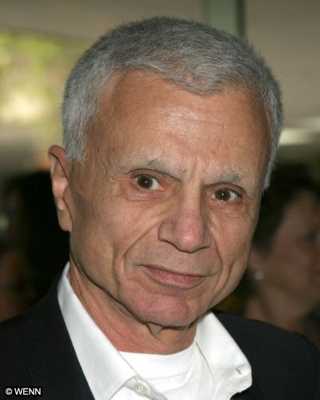 The actor who starred in films like “In Cold Blood” and the TV series “Baretta”, also started out as a child star in the 1930’s in the “Our Gang” series. In 2000, he married Christian Brando’s (Marlon Brando’s son) ex girlfriend, Bonnie Lee Bakley, who had a history of exploiting older men, especially celebrities for money. The couple went out to eat and, after leaving, Blake claims he went back to the restaurant with Bonnie in the car, to retrieve his gun he left at the table. When he returned to the car Bonnie was found shot to death. He was put on trial for her killing, but was later found innocent. Another jury found him liable for Bakley’s death, and he was ordered to pay her children $30 million. 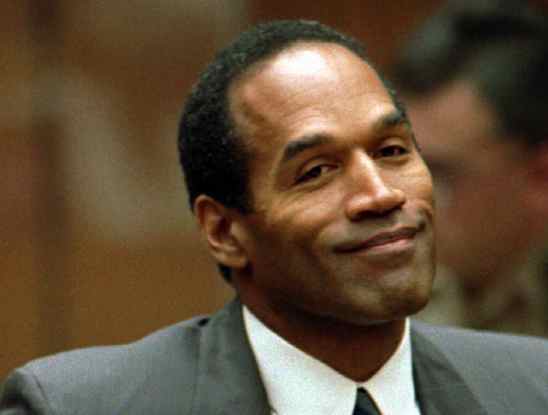 O.J. Simpson was recently divorced from his wife, Nicole Brown. When Brown and her friend, Ron Goldman, were found stabbed to death, much evidence pointed towards Simpson whose high speed chase and trial became headline news for over a year. He was eventually found not guilty in a controversial verdict, despite DNA evidence and a long history of spousal abuse. He was found responsible for their wrongful deaths by a civil court, and in 2006 wrote a hypothetical book explaining how he could have killed them. Some say he did it, some say he didn’t. We will probably never know.

Notable Others (not found guilty or just not included): Christian Brando, John Holmes