We have been indoctrinated since birth to try to attain things. Success is measured by social status, and that is frequently established by your wealth. OK, maybe sometimes status can be established by your natural abilities, like athleticism, or knowing how to play the trombone better than anybody else, or maybe even stunning good looks. But if you’re just average in all that, and don’t even have the talent it takes to inherit wealth, then teachers, parents and other relations, friends, casual acquaintances – everybody will push you to “improve” your lot in life. So you work hard, put in lots of hours, scrimp and save your pennies, and, 30 years later, you have a spouse and kids, a mortgaged house, car and credit card payments, retirement just around the corner, recession, ulcer acting up, lawn mower is on the fritz, plus you’ve just discovered the heartbreak of psoriasis caused by stress. But you’re “successful” because you have a bigger house than your parents had.

Well, maybe not. Imagine all the opportunities that would be open up to you if you decided from Day One to just chuck that whole idea. Here are 10 darn good reasons to duck the rat race. 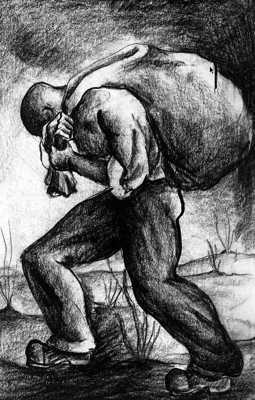 Straight off, if you plan to embrace poverty, you might as well embrace not having a job, too. If there’s one good thing about being rich, it’s probably the absence of having to do anything even remotely resembling manual labor and, having embraced poverty as your personal economic philosophy, you won’t have to do manual labor, either. Why? Because, once you’ve embraced not having a job, other responsibilities like mowing the yard, washing the car, house cleaning, counting the change in your pocket and taking a shower, all these things will begin to fall like dominos. You’ll be amazed at how much free time you’ll have.

9
Finances Can Only Improve 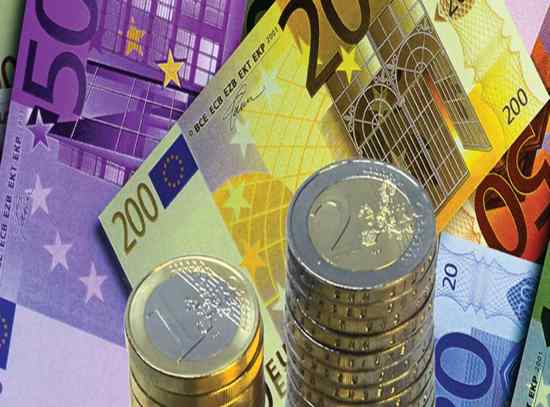 This is a no-brainer. You won’t have a single worry about losing money or possessions, if you have no money or possessions. If you’re flat broke and you find a penny someone dropped, woo-hoo, it’s your lucky day! But if you’re a millionaire banker, you probably won’t even stoop to pick up a mere penny. Just think of all the lucky days you’ll have, when that banker might go years before he has even one day he considers lucky. Now look at a picture of the Queen. Does she look truly happy? Of course not, she’s worried about her portfolio; maybe BP is down a point or two. It’s the same with Bill Gates, Warren Buffet, Rupert Murdoch, et al. They might crack a smile on occasion, but you never see them cutting loose with a really big guffaw. These people are constantly worried about their wealth because they know there’s only one way for their fortunes to go. At the opposite end of the spectrum, however, I’ve heard time and again how, during the Great Depression of the 1930’s, people who were mired in poverty were happy just to be able to eat. Embrace poverty now and you too can be made happy just as easily. I read somewhere, possibly the Top 20 Wise Quotes of Confucius, that “Money can’t buy happiness”. As any idiot knows, another way to say that is ”You WILL be happy without money”. Embrace poverty now. (Note: Even if Confucius didn’t say it, it’s the kind of wise thing he would say, even if he was too fat to have properly embraced poverty.) This item alone would allow you to ratchet down your level of stress. Imagine yourself as the typical rich, gourmand, globe-trotting web site administrator. Rather than worrying about getting the heat just right under your soufflé of hummingbird tongue, you need only concern yourself with rustling up a piece of fatback to go with the collard greens. After embracing poverty, you might eat hummingbird tongue on occasion, but it would most likely go along with the rest of the hummingbird, including the odd feather or two, perhaps in a delicate tartar, whose elegance rests in its simplicity. 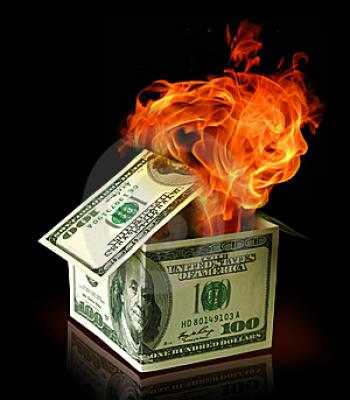 The poverty enabled will never be the types to jump out of their 96th floor offices just because the latest economic indicators are troubling. Heck, a full-blown depression could pass you by with hardly a notice, while a mere recession will be looked on as a time of plenty. Here’s why: by embracing poverty, you basically bring yourself down to the level of a severe economic depression; this will be “normal” for you. Then, any improvement at all to the economy will raise your standard of living exponentially while others are still wringing their hands and wondering when things are going to get better. And, when the economy is fully recovered, maybe even booming, you’ll be perfectly situated to take full advantage of a prosperous and generous workforce. 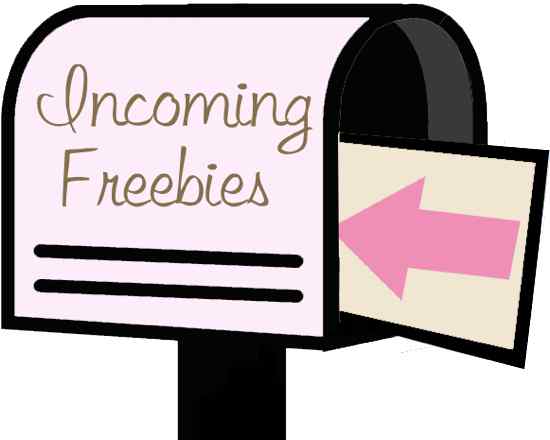 Rich people will give you freebies. It’s true. As a case in point, I was reading on another list the other day (10 Cases of Appropriate Technology), that someone has come up with an idea to give laptop computers to children in the developing world. These kids aren’t demonstrating in New York or London, shouting “We Want Computers, We Want Computers” – someone is actually hunting them down and saying “Here, kid, take this”. That is a sweet deal. Another example: Habitat for Humanity can build houses in as little as 3 ½ hours, from start to finish. Imagine yourself sitting on your favorite tree stump, picking your teeth with a hummingbird beak, maybe spitting out an occasional feather, reflecting on how happy you are. Suddenly, HFH trucks appear from out of nowhere, and 3 ½ hours and lots of hubbub later, you’re gazing at your new house. It can happen. And not just in the States, either. HFH also did this in New Zealand, but it took them about a quarter hour longer, probably due to the language barrier (e.g., “Work? Oi don’t know ‘bout that, mate”). At any rate, I’m not sure if HFH includes a coat of paint or if they expect you to do it, but, dang, anybody can live in an unpainted house, especially a free unpainted house. 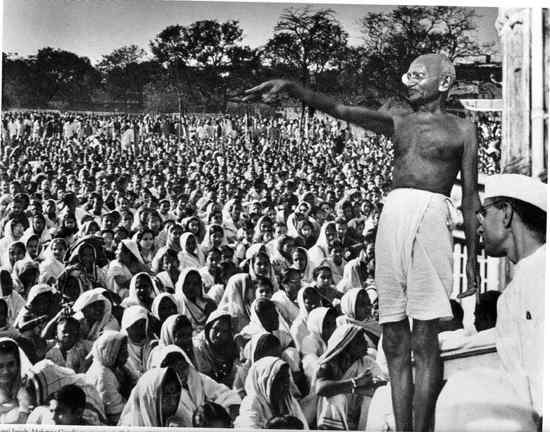 If you embrace poverty, this will be one of the easier things to do – you won’t have any risk at all of an immoderate intake of anything. That is the kind of thing that gets your name in the history books. Look at Gandhi: he was poor as a church mouse, just as ascetic as they come, and now he’s revered as someone who reached the pinnacle of “enlightenment” through self-restraint. But he wasn’t restrained, he was just an adept in Poverty. Be like Gandhi and you’ll get your name in the history books, too. However, imitate Gandhi too closely and you might get your name in a registered sex offender database. See? Poverty, not restraint. 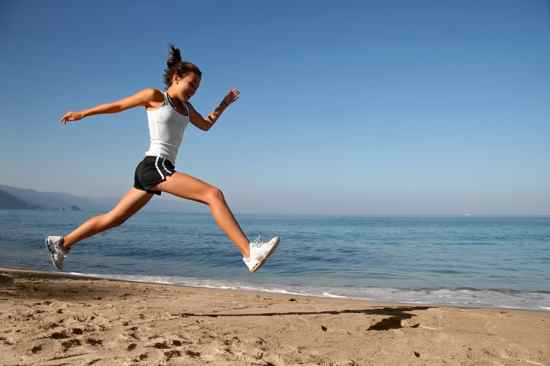 Given sufficient poverty, your health will bloom as a natural consequence. Since you can no longer afford cigarettes, booze or illegal drugs, gone will be the nagging smoker’s hack, hangovers and potential health issues caused by dirty needles. As a bonus, your excessive body fat will just melt away, since you’ll probably be eating somewhat less. And you won’t have to consciously do a thing for all these benefits – no dieting, no nicotine patches or gum, and, unless you have a dealer who also chooses to embrace poverty, no tapering off from your favorite addictive drug. Your friends will be amazed at your “will power”, and medical bills will be a thing of the past. 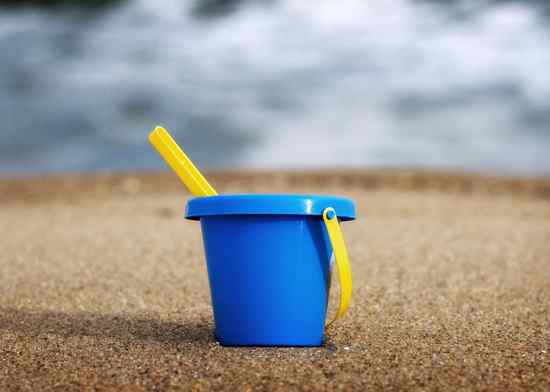 As a poverty “stricken” individual, you’ll find it easy to discard all your old dreams of “success” and – let’s face it – unattainable aspirations. Your new desires will become much more modest, realistic and immediate. While your old bucket list might have had things like “Go to a film premier”, or “Fly a plane”, or “Stay in the best suite”, your new bucket list will be filled with items that you can tic off on a daily basis: find food (possibly by “Doing a runner”), shelter for the night, a new bucket, etc. Your sense of accomplishment will do wonders for your self-esteem. 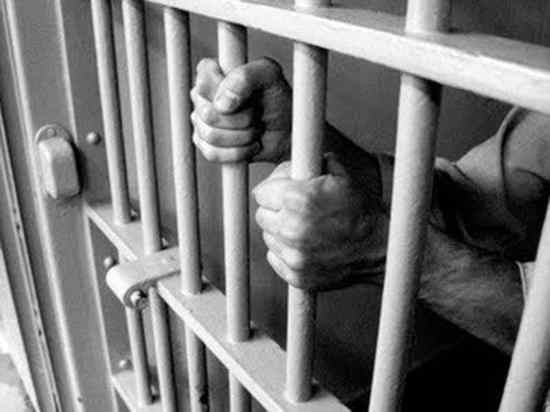 Most crime today is caused by envy, and since the truly impoverished have no possessions, they are seldom envied. Really, what could be stolen from you, besides your bucket? Your sense of accomplishment? You’ll be able to stroll along the darkest alleyways without the slightest fear of being mugged. Granted, you may inadvertently become the victim of crime fighters, but the flip side of that is that you’ll get free room and board. And maybe free medical care. 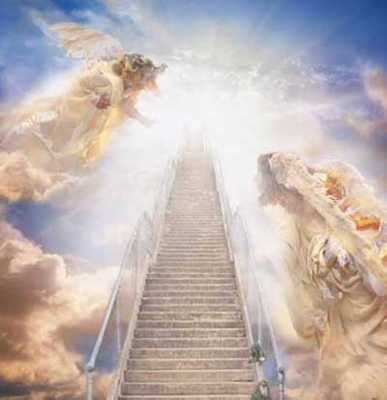 Somebody (Confucius?) said something like, “It’s easier for a camel to pass through the eye of a needle than for a rich man to get into heaven”. Now, whether you believe in Heaven or not, it just makes sense to cover all your bases, especially if you can do it without too much to yourself. As the exact opposite of a rich man, you stand a much greater chance of being able to waltz into Heaven with your eyes closed. If you have adequately impoverished yourself, very few temptations will come your way, and those that do come your way can be dismissed with a haughty “I can’t afford that” or “Too rich for my blood, lady”. You’ll be living the lifestyle of a monk, a very deprived monk, but you won’t be stuck in a dusty old abbey somewhere. Saints have been named for less, and you’ll be able to do it as a matter of course.

Notable omissions: no taxes, unburdened by fair weather friends, won’t be drafted into the military or have to serve on juries because you have no mailbox, won’t have to deal with lawyers