The recent wildfires that raged through California have put firefighters in the limelight once again. In recent months, we have read or listened to news about heroic firefighters who risked their lives to contain the raging flames. Some were even killed in action.

While some firefighters have proven themselves to be heroes, others have demonstrated that they are unreliable and cannot be counted on. Sometimes, this includes entire firefighting departments.

10 Firefighters Refuse To Respond To Fire Over $75 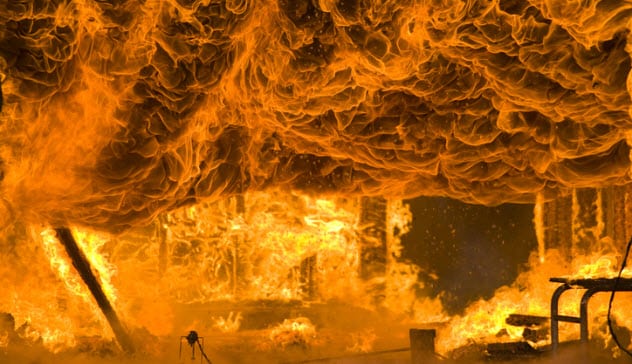 On September 29, 2010, a fire started at a house in Obion County. Gene Cranick, the homeowner, called the South Fulton Fire Department, but they refused to come over because Cranick had not paid the annual fee. Obviously, they went through their records whenever a person called from Obion County to determine whether they had paid the fee or not.

Cranick promised to pay any amount the fire department requested to fight the fire, but they refused. Later, they arrived at the house but did not fight the fire. Instead, they watched the house burn. They were only concerned that the fire could spread to the house of a paying neighbor.[1] 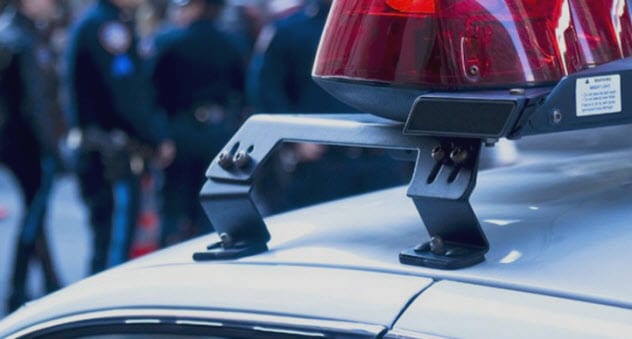 In 2014, 77-year-old Medric Cecil Mills was walking past the Northeast Washington fire station in Washington, DC, when he suffered a heart attack. His daughter ran to the fire station and asked the 15 firefighters on duty for help.

They refused to do anything because she had not called 911. The firefighters still declined to help when three groups of people told them that Medric was dying. The firefighters insisted that 911 had to be called first.[2]

Meanwhile, someone had called 911 but a fire truck was sent from a faraway station. Worse yet, it went to the wrong location. Medric remained on the ground for 20 minutes until a police officer arrived and got an ambulance. Unfortunately, Medric died en route to the hospital. 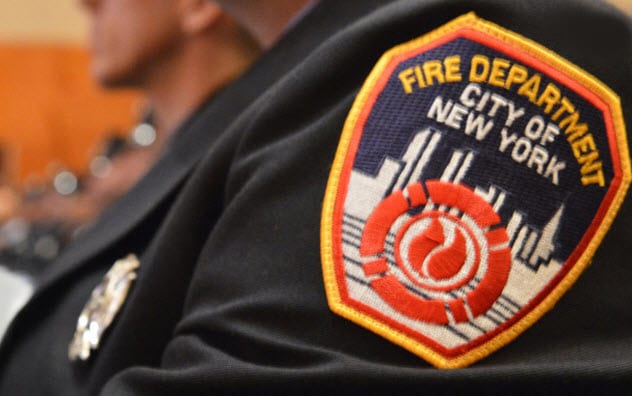 Pyrophobia, the fear of fire, is one phobia that firefighters should not have. However, Michael D. Johnson, a member of the Fire Department of the City of New York (FDNY) is so afraid of fire that he refuses to enter burning homes and will abandon his colleagues whenever they do.

On April 2, 2015, Johnson was part of a team that responded to a house fire. He was supposed to help two colleagues carry a fire hose into a burning home. Instead, Johnson fled, leaving both firefighters in danger. His captain, who wanted to bring the department’s attention to Johnson’s unusual phobia, called a “mayday” into his walkie-talkie. Firefighters only use “mayday” when a firefighter dies or is in danger.

Other firefighters had often complained about Johnson and were afraid of working with him. They called him “Tragic Johnson” because they knew he would not help them if they were about to die in a fire. But they did not openly complain because of the circumstances of his employment. Johnson was one of the blacks employed when a court ordered FDNY to hire more minorities.

Johnson was retrained after the incident but said he did not want to return to the fire job. However, the fire chief told him to return. Other firefighters said FDNY only wanted Johnson on the job to fill its minority quota. Obviously, it should have been aware that Johnson was afraid of fires. He passed the Fire Academy on the third try and had to be retrained twice.[3]

7 Firefighter Wears Uniform To Steal From Homes While Off Duty 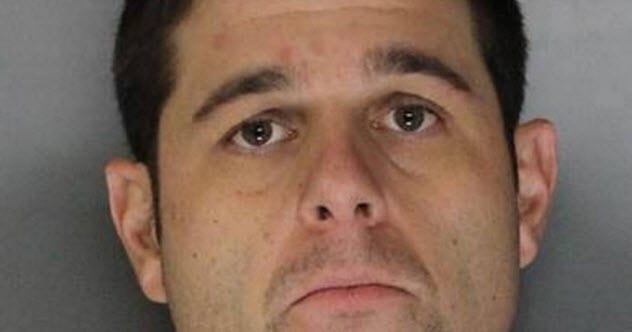 Craig White used to work as a paramedic for the Sacramento Fire Department until he was busted for stealing from homes while wearing his fire department uniform. White visited several homes at Sunrise Vista Mobile Home Park in Circus Heights whenever he was off duty and told residents that he wanted to ensure their homes were fire compliant.[4]

Once in, White asked to use the bathroom. He never conducted any inspections and was only interested in stealing prescription opiates he found in the bathroom. He had a preference for the homes of elderly citizens because he was likelier to find opiates there. He visited seven homes and stole opiates from two before he was arrested. 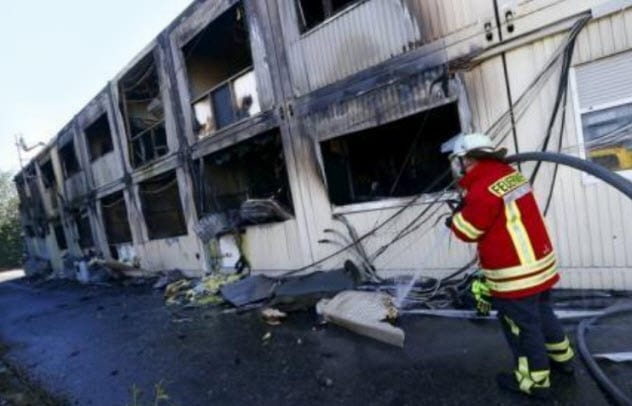 Forced migration has been a controversial issue in Europe in the past few years. At the height of the European refugee crisis in 2015, a German firefighter added to the controversy when he wrote to his department to explain that he would not fight a fire in any building or shelter occupied by refugees.

At the time, thousands of refugees fleeing wars in the Middle East were traveling to Europe. Germany was a choice destination, and it received three times more immigrants than usual. But not all Germans wanted them around. Refugees were violently attacked, and their homes were sometimes burned down. During one attack, someone threw a Molotov cocktail inside a house occupied by three immigrants, setting it on fire.

Lots of Germans and Europeans criticized Jurgen over his insensitive letter until he withdrew it. The Frankenberg fire service also released a statement explaining that Jurgen’s statement was a personal opinion and it planned to fight fires at refugee shelters.[5] 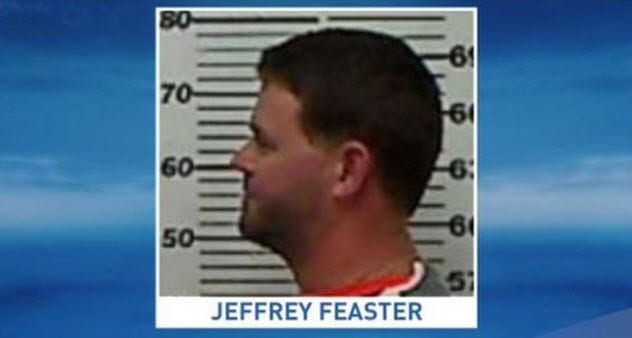 In 2017, Curtis Allen Cottrill, a volunteer firefighter at Sharon Fire Department in Pennsylvania, was arrested after crashing his fire truck. Before the accident, he had hit a fire hydrant and a telephone pole. A passerby who found the crashed truck and drunk firefighter called 911 and reported that Curtis had abandoned his truck and was trying to hitch a ride away from the area.

Police arrived to find a drunk Curtis walking away from the accident scene. They found cocaine in his wallet and discovered that his license had been suspended. But driving while drunk is not as unusual among firefighters as you might expect. A year later, on June 6, 2018, police arrested another firefighter for drunk driving.

Jeffrey Feaster, a volunteer at Humboldt Fire Department, had responded to an emergency. Officers at the scene had noticed that he smelled badly of alcohol and could not talk properly. A test revealed that he had more than twice the legal limit of alcohol in his blood. Feaster later resigned.[6] 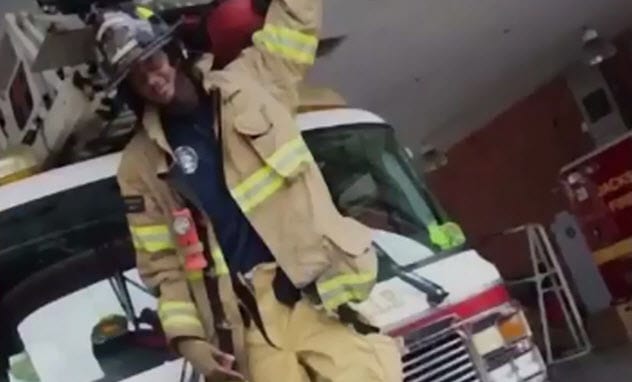 Twenty-five-year-old Joshua Williams was a firefighter with Jacksonville Fire and Rescue Department at the time that he lost his job for stealing money from fire stations. Williams stole the money while delivering supplies to several fire stations under the department.[7]

Several colleagues noticed that somebody was taking their money and had police detectives install a spy camera inside a kitchen. The detectives also hid money in three places that they thought the thief would search. Williams stole money from two of those places when making deliveries. He was soon arrested by the police, who found $167 of the marked money in his pockets. 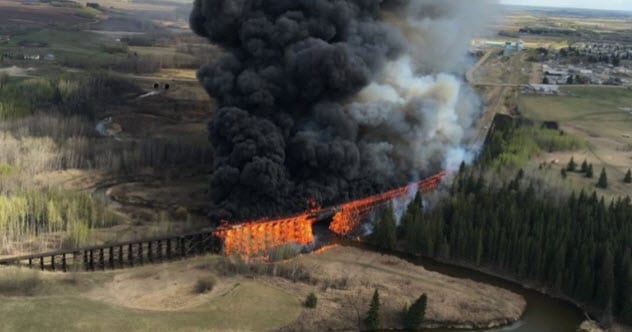 Firefighter arson is one issue that fire departments don’t want you to know about. It is about firefighters deliberately setting homes and forests on fire so that they will be called to extinguish the flames. Over 100 firefighters are arrested for arson every year in the United States.

Firefighters deliberately start fires for different reasons. Some love the thrill of fighting the blazes so much that they decide to create their own emergencies. Others want to be seen as heroes or just want to earn more money for overtime. One distinct category of firefighters is only interested in testing their ability to fight fires.

A study revealed that volunteer firefighters and the pros at small fire departments are the likeliest to start these blazes. One popular firefighter arsonist was John Orr who was arrested for starting hundreds of fires. He often started his fires with pillows, earning him the name Pillow Pyro. No one would have found out if he had not written a book about a firefighter who started several fires.[8]

Another famous firefighter arsonist is Benjamin Cunha of the California Department of Forestry and Fire Protection. He was sentenced to five years in prison for starting 30 fires in 2006 and 2007. He preferred setting forests on fire, although he once set a mine ablaze. He said that he started the fires because he wanted to earn more money and feel like a hero. 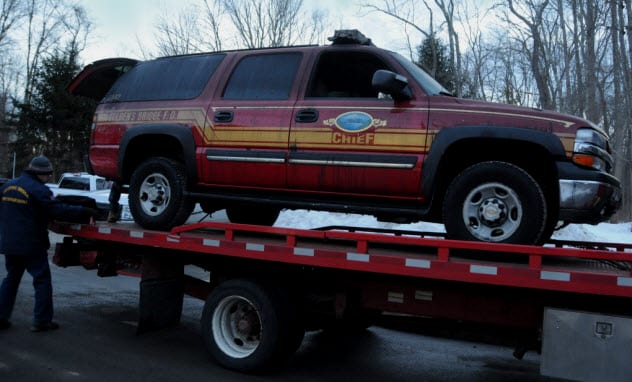 In 2014, firefighters at Golden Bridge Fire Department mistakenly burned their headquarters to the ground. Some firefighters were working on their truck when it sparked and started a fire. The blaze quickly spread to the second floor because the firefighters had left the door to the floor open. The door usually closed by itself, but it seemed like they had used something to stop it from closing.[9] 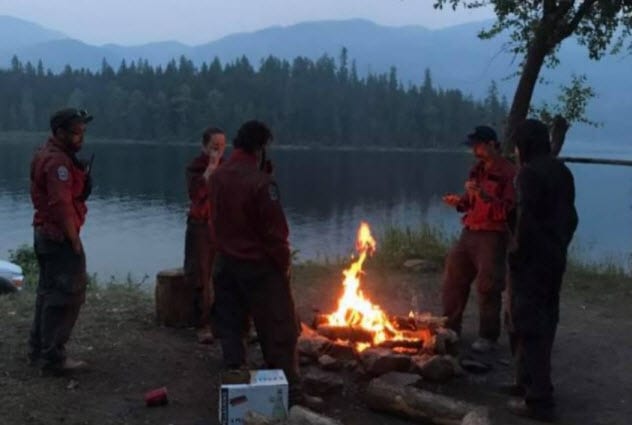 In 2017, several wildfires tore through the forests of British Columbia, Canada. As a precaution, the provincial government banned everybody from starting fires in the woods for any reason. While the ban was still being enforced, a photograph appeared on Facebook showing firefighters surrounding a campfire.

In the background was Adams Lake, which proved the picture had been taken in an area covered by the ban. The incident was controversial considering that the fire had been started by firefighters. Mike McCulley, the spokesperson for B.C. Wildfire Services, said the department was investigating the incident and clarified that the ban applied to everybody, including firefighters.[10]