For many decades environmentalists have been up in arms about the deforestation measures occurring in the rainforests of the world, particularly the Amazon rainforest. According to biological researchers, the loss of rainforest flora is especially lamentable, since only one percent of rainforest plants have been scientifically studied for their medicinal properties. The following botanical examples, however, are known and used for their libido-enhancing properties. Many are available and regarded as safe, but research and proper healthcare guidance is always recommended before ingesting. The following Amazonian plants have been prescribed by native shaman and folk healers of South America, and may truly contain properties that enhance love. 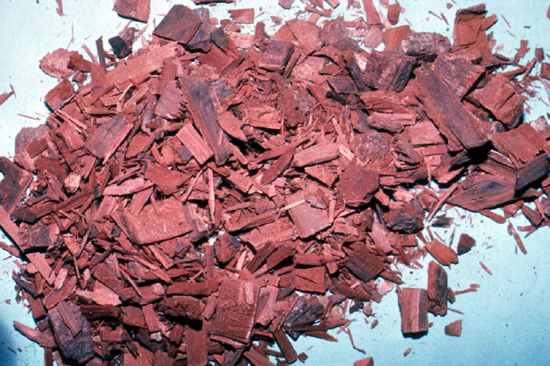 Yohimbine is an alkaloid with stimulant and aphrodisiac effects, found naturally in Pausinystalia yohimbe. It is also found naturally in Rauwolfia serpentina (Indian Snakeroot), along with several other active alkaloids. Yohimbine has been used as both an over-the-counter dietary supplement in herbal extract form, and prescription medicine in pure form for the treatment of sexual dysfunction, making it a significant enhancer to millions of love lives around the world! And humans aren’t the only animals to benefit from this wonder-drug. Yohimbine has been shown to be effective in the reversal of sexual satiety and exhaustion in male rats. It has also been shown to increase the volume of ejaculated semen in dogs, with the effect lasting at least five hours after administration, and has been shown to be effective in the treatment of orgasmic dysfunction in men. 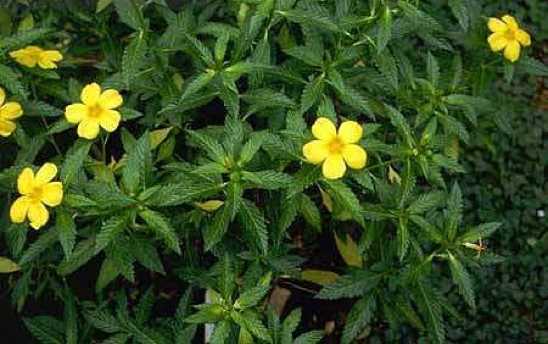 Damiana is a relatively small shrub that produces small, aromatic flowers. It blossoms in early to late summer and is followed by fruits that taste similar to figs. The shrub is said to have a strong spice-like odor somewhat like chamomile, due to an oil present in the plant. The leaves have traditionally been made into a tea, and an incense which was used by native people of Central and South America for its relaxing effects. Spanish missionaries first recorded that the Mexican Indians drank Damiana tea mixed with sugar for use as an aphrodisiac. Damiana has long been claimed to have a stimulating effect on libido, and its use as an aphrodisiac has continued into modern times. More recently, some corroborating scientific evidence in support of its long history of use has also emerged. Several studies utilizing animal testing have shown evidence of increased sexual activity in sexually exhausted or impotent male rats when exposed to damiana, as well as generally increased sexual activity in rats of both sexes. 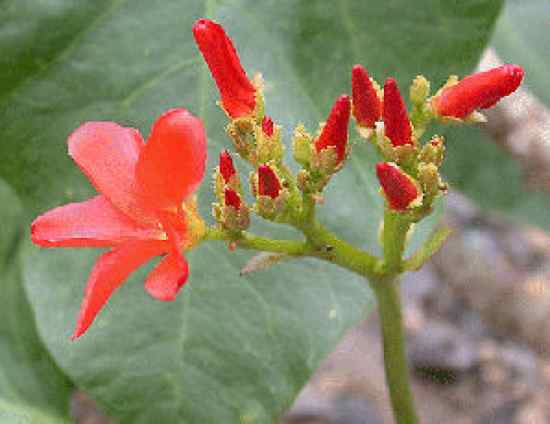 Studded with reddish-orange blossoms, huanarpo macho, known scientifically as Jatropha macrantha or Jatropha aphrodisiaca, is a medium-sized shrub-like tree that grows profusely in the Amazonian Maranon River Valley. Associated with the male libido, huanarpo macho is believed to have the power to stimulate sexual function. Popular in Brazil, the plant is also known in Peru as Peruvian Viagra, and it is typically prescribed by folk medicine practitioners for erectile dysfunction and premature ejaculation. The plant’s medicinal properties appear to lie in the young branch stems. Other medicinal properties contained by huanarpo macho include increased energy, support of renal function and the ability to calm nerves. 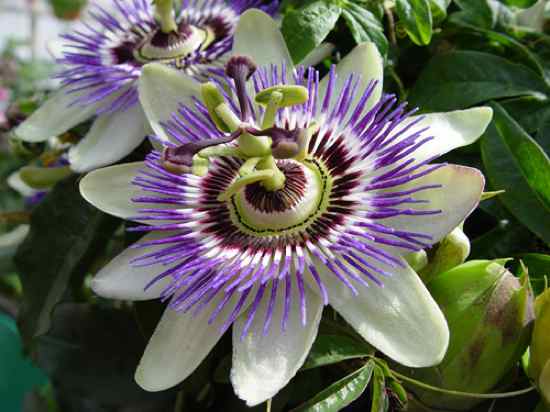 The sex-enhancing powers of passionflower, known scientifically as Passiflora incarnata, lie in its vine, leaves and stem—not just in its name! Passionflower seems to have many healthful benefits; it is known to relieve depression, decrease pain and even kill germs. This woody vine is thought to enhance the libido, even while producing a calming effect. Amazonians refer to the plant as maracuja, but it is also indigenous to many South American regions outside of the Amazon. Moreover, a 2003 study of the plant appears to confirm its sexual enhancement properties—at least in mice; these lucky rodents enjoyed increased sperm counts and improved sexual function after ingesting leaf extract from passionflower. The flowers themselves have traditionally been regarded as seductive, and are noted for their exotic beauty. 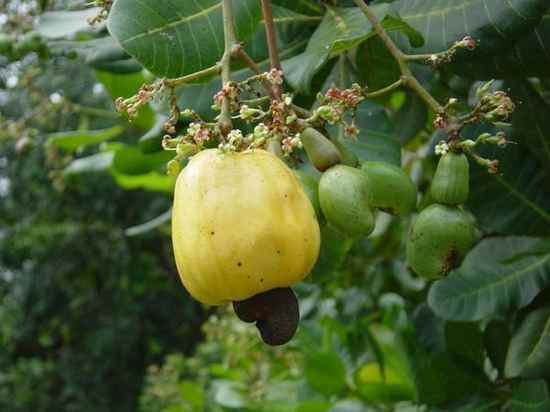 Cashews are a favorite nut around the world, though, botanically speaking, they are actually the fruit of the cajeiro, or cashew tree. Scientifically called Anacardium occidentale, the tree is medicinally useful through its leaves, bark and fruit or nut. The nut grows at the end of a sweet and pulpy peduncle. Cashews need to be boiled or roasted in order to remove the toxic residue. The cashew fruit is a popular Brazilian aphrodisiac that is said to stimulate the libido. While the nut of the fruit is popular in North America, the pulpy substance, which is renowned in South America, is not imported fresh as it is extremely perishable. Frozen cashew fruit concentrate is a happy alternative. The useful parts of the cashew tree have also been used to dry secretions, reduce fever and lower blood pressure. 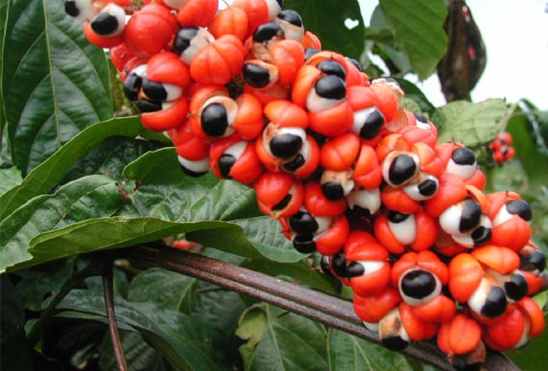 Indigenous to the Amazon rainforest, guarana is scientifically known as Paullinia cupana. This creeping shrub produces red clusters of fruit. The fruit has long been important to Indian folklore because of the appearance of black “eyes” that emerge when the fruit ripens. This effect is actually produced when the ripened fruit splits and the black seeds become visible. Both the seeds and the fruit are used medicinally in native folk medicine. Aside from its ability to stimulate the libido, guarana is said to calm nerves, stimulate energy, reduce pain and even reduce weight. Many Brazilians add guarana to their health tonics to slow aging, cure headaches and reduce fatigue. The cultivation of guarana is, today, benefiting many indigenous Amazonian tribes. 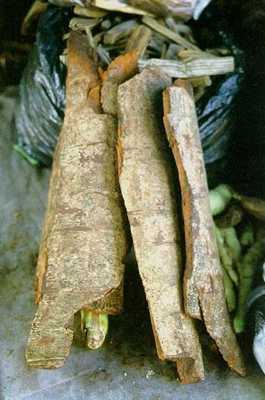 Growing as tall as twenty-five meters into the Amazonian canopy, the tamamuri tree is scientifically called Brosimum acutifolium. Its healing properties appear to be contained in the bark. A member of the mulberry family, the tamamuri tree is well-known in the Peruvian Amazon; Indian tribes there believe that ingesting the white latex that emerges from the punctured bark of the trunk will enable a man to father a male child. While this has not been confirmed by modern medicine, the bark is widely used by rainforest peoples to relieve pain; kill bacteria, fungi and yeast; sooth arthritis, and possibly even kill cancer cells. And, although the bark has been associated with witchcraft, it is widely used by native practitioners to treat syphilis. As an aphrodisiac, the bark is taken in tonic form to stimulate sexual function. 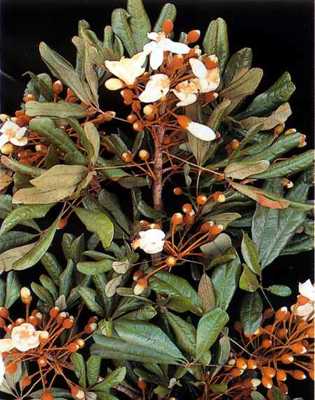 The root and bark of Erythroxylum catuaba, usually referred to as catuaba, has been an important aphrodisiac for Brazil’s Tupi Indians for centuries. Regarded as the most popular aphrodisiac of contemporary Brazil, this small tree, with its orange and yellow blossoms, is native to the Amazon as well as other areas of northern Brazil. A decoction made from the tree’s bark is said to be an aphrodisiacal wonder when it comes to treating impotency. It is also said to increase sexual stamina. Throughout the country, catuaba is said to induce reliable results with no ill effects. It is also prescribed by folk practitioners to treat insomnia, memory loss and anxiety. 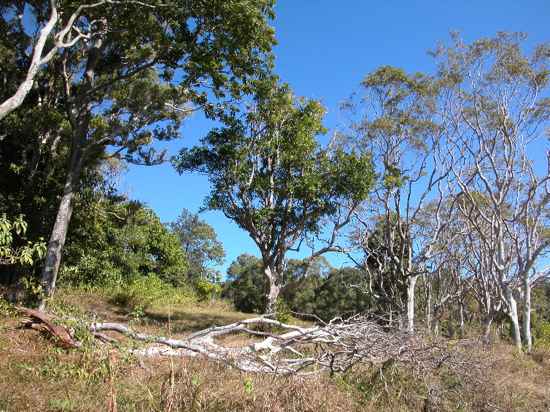 Rosewood oil from the rosewood tree, known scientifically as Aniba canelilla, is highly regarded in northern South American countries as an aphrodisiac for women. Native to the Amazon, the rosewood’s oil is believed to reduce ‘frigidity’ in women. The spiced floral scent of the oil is prized, although felling rosewood trees is a particularly controversial act for its damage to the rainforest environment. Rosewood oil is also believed to diminish acne, reduce fevers and cure headaches. The tree’s bark and fruit are also used for other folk remedies. 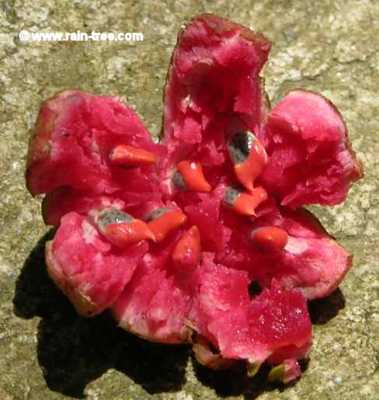 Siparuna guianensis, more commonly known as picho huayo, is a common tree of the Amazon rainforest that is also known to grow in the Andes’s cloud forests. The leaves and fruit are the medicinally viable parts of the tree. The evocative lemony fragrance of the leaves and fruit are immensely popular when crushed into love potions. Men use the potion as an all-over body rub, which is believed to make them sexually irresistible. In some parts of the rainforest, the leaves are used in teas and ingested to treat high blood pressure and ease cold symptoms. The rainforest’s Kubeo Indians use the leaves to treat snakebites. The leaves of picho huayo also contain fever-reducing properties. However, it’s the tree’s intoxicating scent that makes it a wildly popular aphrodisiac.

Many of these plants have been understood by native tribes for centuries. Their love-enhancing properties are not contested by the people who have benefited from their properties for years. The rainforest has many gifts to offer the world, but these plants are quite literally gifts of love.