Synesthesia is generally thought of as a perceptual condition that enhances the experiences of day to day life. For the most part this is true, and many, if not all synesthetes, wouldn’t part with their synthetic experiences to begin with. That does not mean that there aren’t downsides to the condition. Synesthesia is unusual in that it manifests the individual and will oftentimes show no effect on the outside world, unlike other psychological conditions where the effects are obvious to others around the individual. This can result in discouraging and patronizing reactions to the person affected. When experiencing strong enough stimulation, synesthesia can also become troublesome and even dangerous. As the list will come to show, synesthesia is not all it is rumored to be. This article was co-written by M. Synesthi and Nic Swaner and is largely based on experience on M. Synesthi’s part (items 10-6, 4-1), as well as some experience from Nic Swaner (items 7, 2-1), and research done on account of both of the authors (item 5). 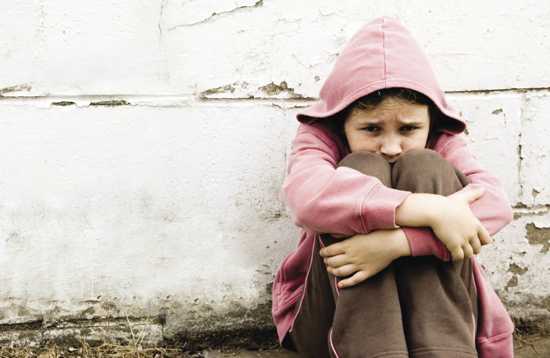 To a synesthete who can never recall a life without their synesthesia, descriptions of colored voices or angry numbers are all too natural. To non-synesthetes, however, this can seem extremely strange or overwhelming. Due to this, when someone first learns that they have synesthesia and are eager to share their perceptions with others they can be met with confusion and even disbelief from the people closest to them.

Synesthetes who do not have the support of their friends and family can be left feeling alienated or even a little bit crazy, assuming that their perceptions of the world are invalid. Additionally, synesthetes who were ridiculed as a child for their ‘craziness’ may feel nervous and unwilling to explain themselves, losing critical chances to enrich the world around them. 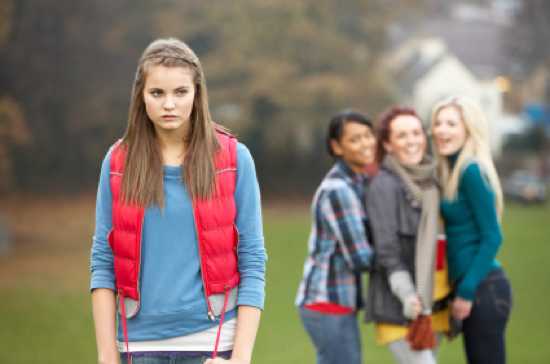 In addition to having to explain their synesthesia to friends and family a synesthete might also experience ridicule at the hands of their peers. Children without synesthesia will often find a synesthete’s descriptions of their experiences to be strange or threatening and react through shunning or criticism. This often occurs early in a synesthete’s childhood when they comment upon their synthetic experiences in the belief that everyone shares them, and are then left startled and confused to learn that they are the only one with such experiences. 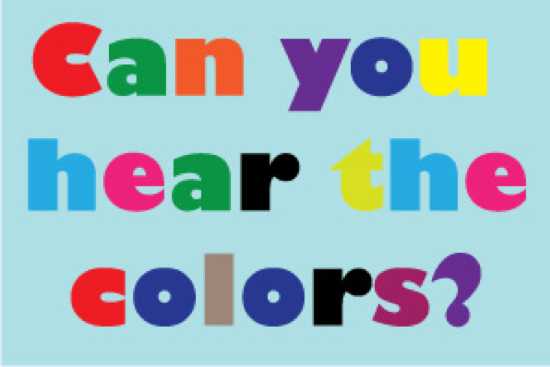 Just like a non-synesthete who naturally prefers one color over the rest, so does a synesthete with some of their experiences. To those with grapheme synesthesia certain letters or numbers may be “pretty” or “soothing” while others are “ugly.” To a person with OLP (Ordinal Linguistic Personification) synesthesia, this extends to the personality of the letters. ‘A’ might be friendly, for example, while ‘D’ is sullen and rude. To a synesthete, this is simply how the letters are, and they make their preferences accordingly.

While this sort of preference is often benign, it at times becomes obvious or challenging. When meeting new people, a person with sound-color synesthesia may be naturally drawn to someone with a pretty voice, while avoiding those whose voices are “sharp” or “glaring.” This isn’t a judgment on the people surrounding them, but it can limit who they interact with and make social situations or conversations uncomfortable. 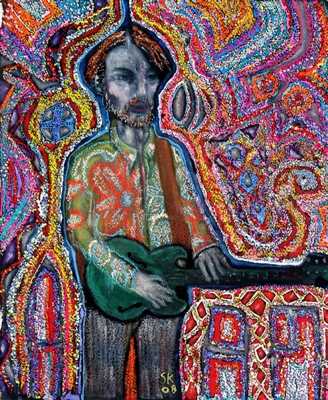 A synesthete will eventually encounter stereotypes assigned to them when surrounded by people who are aware of the condition. They might be asked what their synesthesia is by a curious yet seemingly investigative acquaintance, with the implication being that they have one type, when many have numerous forms of synesthesia. Some stereotypes that continue to be perpetuated by the internet and the media are that synesthetes are inherently creative and artistic due to their synthetic gifts; that synesthetes are left-handed; and that they are bad at math. Richard Cytowic, a leading researcher on synesthesia has disproven the first of these myths, citing that the estimated percentage of synesthetes in the US population is proportional to the percentage of synesthetes who are professional artists. There is also no evidence that synesthetes are predominantly left-handed. The last stereotype contains some truth in it, but has been applied from one form of synesthesia to all. It is discussed below. 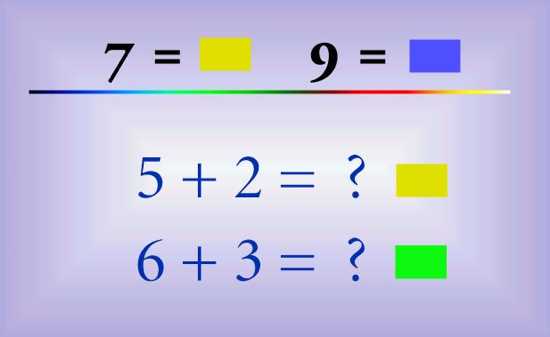 One common stereotype (as mentioned in the last section) is that synesthetes are bad at math. While synesthetes range in mathematical ability just as non-synesthetes do, individuals with certain types of synesthesia may have to view the mathematical processes a little differently. For an individual with OLP synesthesia, for instance, math can be at times uncomfortable. The act of adding a ‘mean’ number to a ‘nice’ number may cause a level of anxiety, because the synesthete does not want to expose the ‘nice’ number to the meanness of the other number in the problem.

Another common situation regarding synesthesia and math is the plight of a person with grapheme synesthesia, who views each number as having its own color. This person can know, quite logically, that 2 + 3 = 5. However, to them, this could look like pink + light blue = red. If they have any experience with color theory, they realize that red is a primary color, and therefore cannot be created out of two secondary colors. In order to solve this addition problem, the synesthete must either disregard their colors temporarily, or struggle to handle the situation they find themselves in. 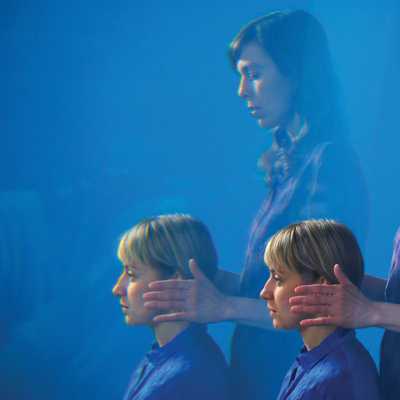 In mirror-touch synesthesia, a person observing someone else being touched will feel the sensation of being touched in the same area. In the case of vision-touch synesthesia, a visual stimulus is perceived as a particular touch which can occur and be felt on different parts on the body. Both are normally not a problem for the synesthete, but upon approaching large, tall, deep or wide objects (such as a large animal or a lake), those that have the latter form of synesthesia may react badly due to how they feel the object. Most vision-touch synesthetes report a falling sensation and some have even described a reaction akin to the fight or flight response. The same responses have also been reported with minuscule objects. This may be because vision-touch synesthetes can sense or feel the scale of an object. 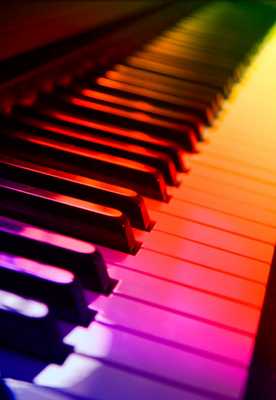 Synesthetes, just like non-synesthetes, have different levels of musical ability. However, for people with sound-color synesthesia, their musical abilities may be counteracted by their synthetic experiences. A person with sound-color synesthesia (sometimes called colored hearing) will ‘see’ a sound as the presence of a color whenever they hear the sound. While this experience can be pleasant at times, it may make it difficult for the musician to see their music, and they may find themselves relying on their memory more then their non-synesthetic peers.

Additionally, performing in a group ensemble may be difficult at times. Some synesthetes with colored hearing may hear everyone’s voice as having a unique color. If this individual is part of a choir, they could find themselves overwhelmed by their perceptions when everyone is singing together, experiencing symptoms of sensory overload such as headaches or nausea. 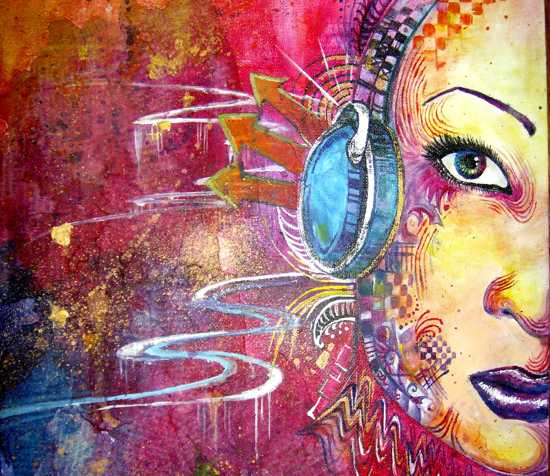 Fire drills are an excellent example. To non-synesthetes, the noise of the fire alarm is loud and annoying, but does not change anything about his or her visual field. To a synesthete with sound-color synesthesia, this loud, unending sound obscures part, if not all, of their vision. This can be especially difficult when trying to exit the building during the drill, as the synesthete may bump objects or trip on objects on the floor. 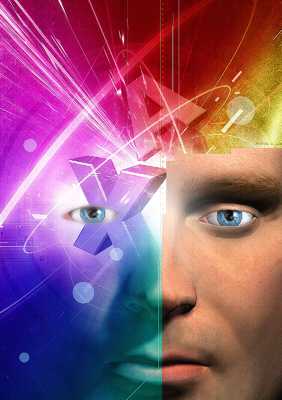 Synesthesia doesn’t necessarily stick around for everyone; many who have it experience a gradual fade effect where their synthetic experiences become weaker in intensity over time. A melody that appeared vividly as bright yellow years ago now would be hardly experienced at all later on.

Occasionally, people who have had synesthesia throughout their childhood may find that it dramatically changes during their teenage years. The reason for this is not entirely understood, but it has been reported that several synesthetes find that their synesthesia becomes “stronger” or “vivider.” This can be confusing for the synesthete, who typically does not anticipate such change. 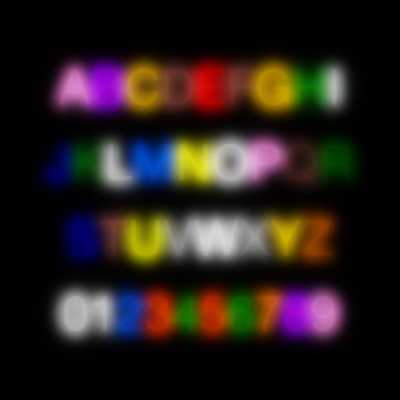 As anyone who has experienced a high fever before knows, an elevated body temperature may cause an altered perception of reality. Synesthetes who attempt to perform daily activities while feverish may find that their synesthesia is stronger or weaker, or perhaps just looks “off.” This goes back to normal after the body temperature returns to normal. Ear infections often present additional challenges with sound-color synesthesia. A bad ear infection makes it more difficult to hear what is happening in the world, causing the affected person to feel somewhat deafened. A synesthete with sound-color synesthesia and an ear infection will not only lose their hearing temporarily, but will also have their colors altered for the duration of the infection.

When synesthesia is reported by individuals who don’t normally experience it or inherit it genetically, this can be an indicator of brain damage, the onset or aftereffects of a stroke or seizure, and, if applicable, as a result of the brain healing after the removal of tissue, such as a brain tumor. Since synesthesia is a condition that exists within the brain, it is understandable that a traumatic brain injury such as a concussion may temporarily affect a synesthete in that way as well. A concussed synesthete may find themselves more sensitive to sounds, or have problems “blocking out” excessive colors in their reading or writing activities. As with general confusion following a concussion in a non-synesthete, these symptoms will typically lessen over time.

10 Alternate Medicines That People Swear By