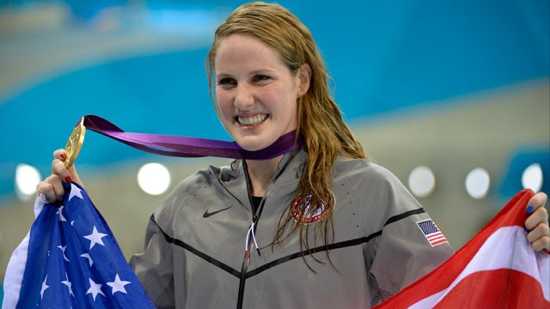 Young star Missy Franklin became the 2nd most successful Olympian in the London Olympics after winning four golds and one bronze in various swimming events including the 200m backstroke where she set the world record. She has also won three golds in the World Championships. She will be a huge favorite in games to come and may even challenge Phelps for the title of the greatest Olympian of all time in the future if she continues her success. 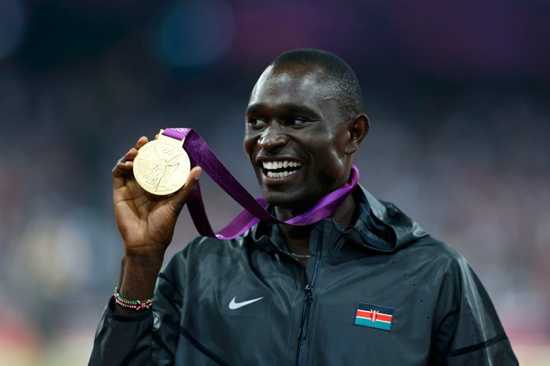 David Rudisha has been described as ‘the greatest Olympian you’ve never heard of.’ Before the 2012 Games, he was almost unknown outside of his home country. He set the new world record for the 800m in London at 1:40.91, beating Wilson Kipketer’s record in 1997. Rudisha also holds the three best times for the 800m and half of the 20 best times ever. Rudisha is also the world junior, African and world champion in the 800m. 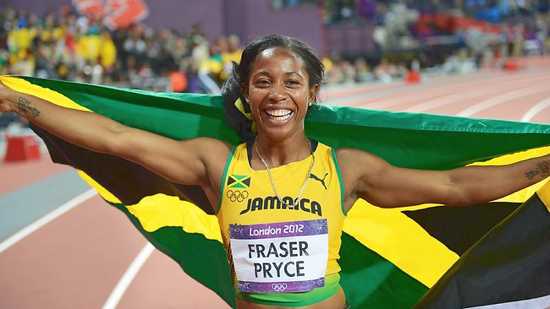 Fraser-Price – also known as the ‘pocket rocket’ – is another example of a great Jamaican sprinter. She won gold in the 100m in Beijing with a time of 10.78s and then did the double for London – winning in 10.75s. Fracer-Price, along with Bolt, made history as the first team (Jamaica) to win both golds in the 100m twice in a row. She also achieved a silver in the 200m and a silver in the 4x100m relay.

Fraser-Price has the 4th fastest time ever for the women’s 100m. 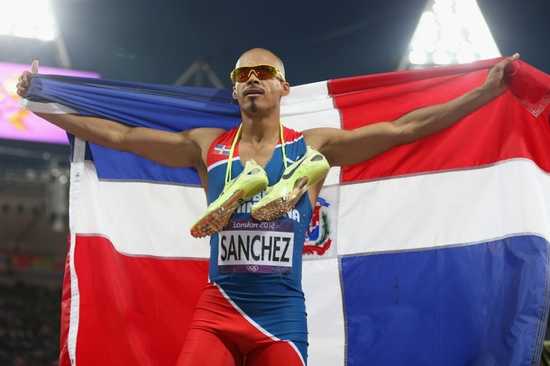 After taking gold in the 400m hurdles at Athens in 2004, no one expected Sanchez to do it again in London. He beat the favorites Javier Culson and Michael Tinsley in a great time of 47 seconds to become one of the greatest 400m hurdlers of all time. Sanchez stated after his victory, ‘No-one expected this. A lot of people said I should retire but I stuck with it.’ You can see how much the medal meant to Sanchez on the medal podium with one of the most emotional reactions of the games. 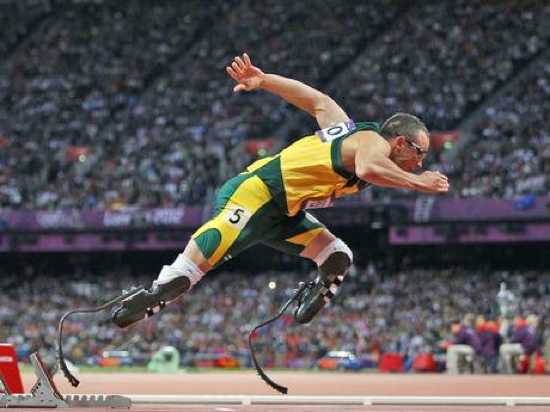 Oscar Pistorius, dubbed the ‘fastest man on no legs’ made history at the London Games as the first double amputee to compete in the Olympics. He competed in the 400m and 4x400m sprints. He is the record holder for the Paralympic T44 100m, 200m and 400m.

In the 2004 Paralympics, Pistorius gained a gold and bronze in the 200m and 100m respectively. In Beijing, he won gold in the 100m, 200m and 400m. He is the favorite for these events in the London Paralympics.

In 2008, Pistorius was featured on TIME’s 100 most influential people. 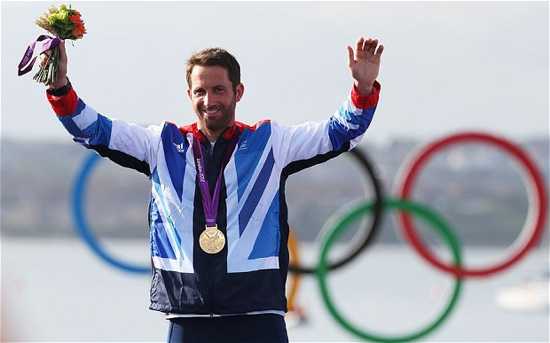 After securing his 4th Olympic gold at London, Cornish Olympian Ben Ainslie became the greatest sailor in Olympic history. In Atlanta in 1996, Ainslie won silver and since then, he has won gold in four consecutive Olympic Games.

Ainslie is the eight-time World Champion in a range of disciplines including Finn, Laser and Laser Radical. He has been awarded an MBE, OBE and CBE. He has also been the ISAF world sailor of the year three times, more than any other sailor. Ainslie was the first person to receive the 2012 Olympic Flame in Lands End, Cornwall and carried the flag for GB at the closing ceremony. 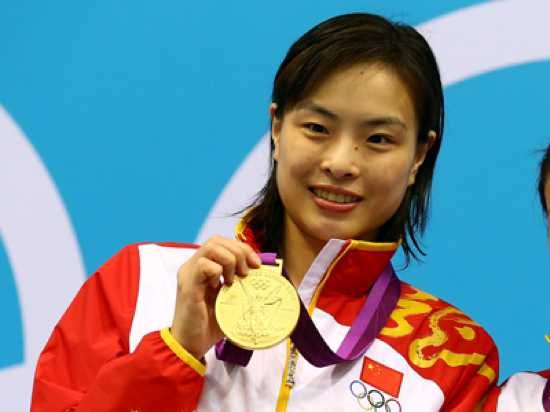 Wu Minxia is one of the greatest divers of all time. Her career spans from 2001 to present. Her Olympic career started in Athens with a gold in the sychro and silver in 3m. In Beijing, Minxia achieved a gold in the synchro and bronze in the 3m. In the London Olympics, she gained her third synchro gold and finally the gold in the 3m.

Minxia is also the five-time World Champion in the synchro and 3m World Champion. She has also won four gold medals in the Asian Games. 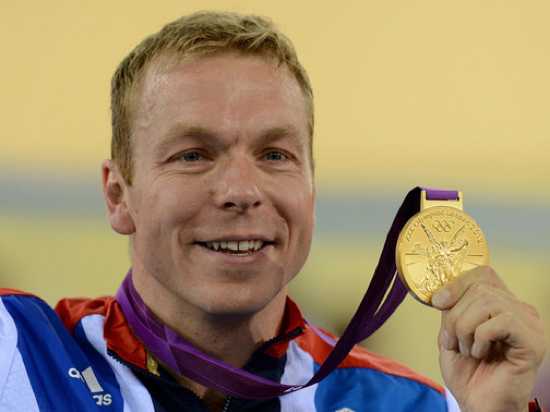 Chris Hoy became GB’s most decorated Olympian after achieving two more golds in cycling at London – a sport that Great Britain has dominated over the past few Olympics.

Hoy has been awarded an MBE for his services to cycling and the velodrome for the 2014 Glasgow Commonwealth Games has been named in his honor. Hoy carried the flag for GB in the opening ceremony. 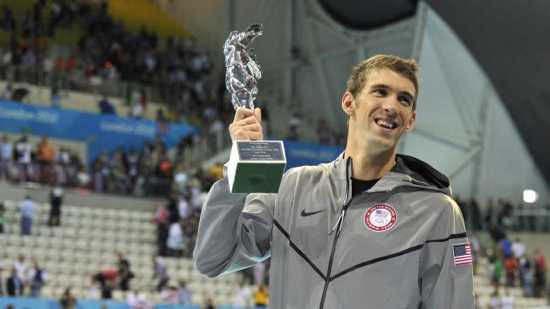 Phelps is officially the most decorated Olympian in history and has claimed 22 medals with an astonishing 18 golds along with two silvers and two bronze. To put this in perspective, if a country achieved the same Olympic medals in London that Michael Phelps has won over his career, they would be 5th in the medal table, ahead of South Korea!

Phelps started his amazing Olympic career in Athens getting six golds and two bronze in various swimming events. He beat this achievement four years later at Beijing gaining eight gold medals and setting eight world records in the process. This was also the most 1st place finishes at any single Olympic games. At London he continued his legacy with four golds and two silvers. Phelps was the most successful athlete in Athens, Beijing and London.

Phelps has been honored with countless awards and has had a total of 39 world records – the most out of any swimmer. 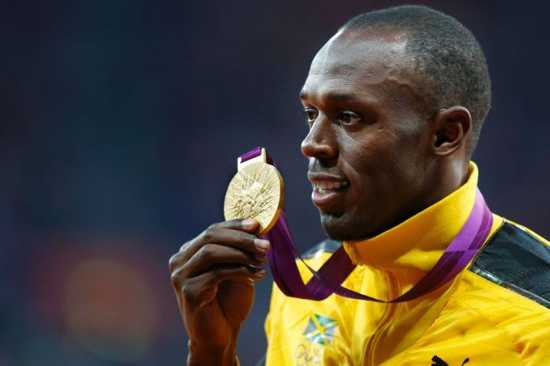 I found it almost impossible to come to a decision on the #1 spot. Choosing between Phelps and Bolt is really difficult as they are so different in personality and the sports that they compete in. Bolt will never win 22 medals simply because there isn’t that many medals for him to win in sprinting. For that reason, and the fact that he has achieved a ‘double triple’ and is the fastest man ever, Bolt tops this list.

Usain Bolt is undeniably the greatest sprinter in Olympic history. In Beijing, he achieved three golds in the 100m, 200m and 4x100m relay. He also set the world record in each final. He destroyed the competition in the 100m whilst also having his shoelace untied! He lowered the world record again years later in the Berlin world championships to 9.58. In the London Games, it is fair to say there were a lot of doubts about his performance, even Usain himself said he was only 95% ready for the games.

In the 100m, Bolt beat the Olympic record he set in Beijing clocking a time of 9.63s with Blake coming second and Gatlin third. He also beat fellow Jamaicans Blake and Weir to become the 200m champion. And with the two fastest 100m sprinters on the 4x100m relay team, it was obvious who would win and Bolt took his third gold and became an Olympic Legend.

Bolt has a certain swagger which is incredible to watch. Everyone around him is so tense and stressed at the start line and Bolt is as calm as it gets. Millions all around the world are doing his trademark lightning bolt. He is one of the most famous Olympians in history and will go down as a Legend.