The fast-disappearing Amazon rainforest harbors some amazing creatures. Most of us have heard of vampire bats, piranhas and the anaconda, but among the forest’s inhabitants are weird and wonderful animals just as bizarre as the more famous ones, if not more so. Here are 10 of the most bizarre Amazon rainforest animals you’ve likely never heard of. 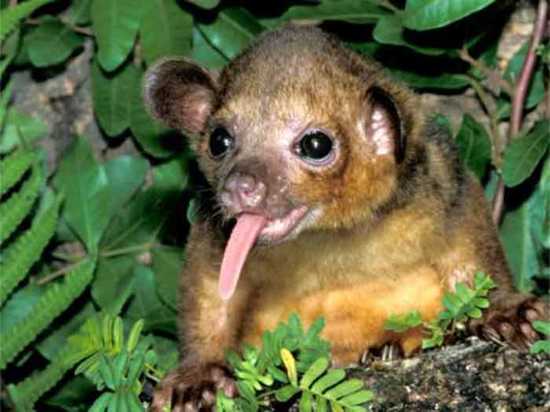 This relative of the raccoon has golden fur and a tail that can grip branches. Also called the honey bear, it lives in trees and mainly eats fruit. It uses its five inch-long tongue to grasp hanging fruit and also to lick nectar from flowers. 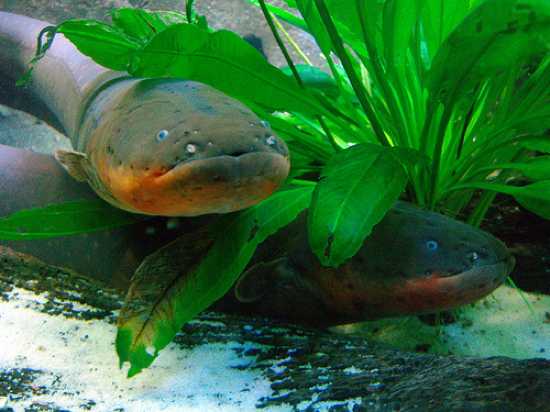 Dwelling in murky rivers, the electric eel delivers hundreds of volts that can stun a human. Deaths attributed to this animal are most likely from drowning when the paralyzed victim is unable to swim. The eel uses its “power” to kill prey and to navigate in poor visibility. Despite its name, the electric eel is not closely related to true eels but is the largest member of a group of electric fish called knife fish.

These brightly colored frogs are among the most toxic creatures on earth. Their coloration serves to warn potential predators. Some species’ toxin is so virulent that merely touching the animal can deliver a lethal dose. Scientists prefer to call them poison frogs, because in fact they are not widely used by Indians for dart poison. Called “curare” its main ingredient is from toxic vines. 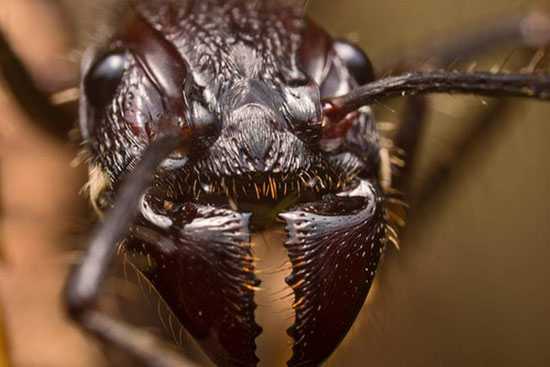 The world’s largest ant grows to the size of your pinky and has a bite to match. It also stings like a wasp. Unlike most ants it is solitary during the day, although it lives in a colony, in a nest usually at the base of a tree. The origin of the name is uncertain. Perhaps being the size of a bullet is the reason, or because the pain of its sting is akin to a bullet. Another name is 24 hour ant, because of the time for the pain of the sting to wear off. Some local tribes have a coming of age ceremony in which the young man has to endure repeated stings without making a sound. (Women are spared the ordeal.) 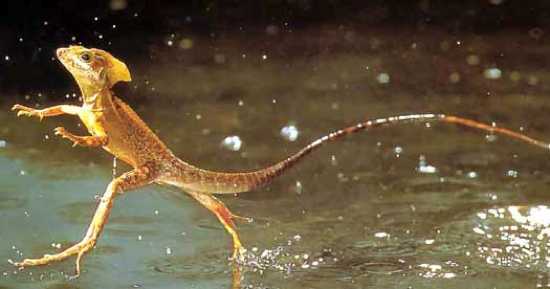 When fleeing from predators, this reptile runs along the surface of water such as a pond or stream. The lizard reaches about 5 miles per hour this way. It propels itself along the water, using surface tension to briefly support its weight. The lizard’s toes have flaps of skin to create a broader surface and an air pocket to enhance the surface tension. But the “miracle” soon gives way to physics and the lizard is forced to swim. 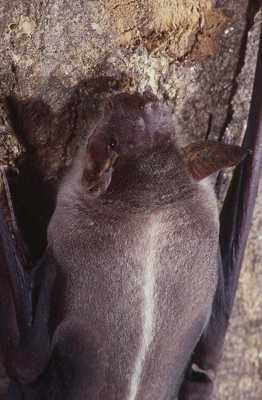 Eschewing the typical bat diet of insects, the world’s largest species of bat has claws like an osprey’s. It’s also called the bulldog bat because of its dog-like snout. In the dark of night, it swoop down on fish whose surface ripples it detects using its sonar. No other species of bat is able to fish. 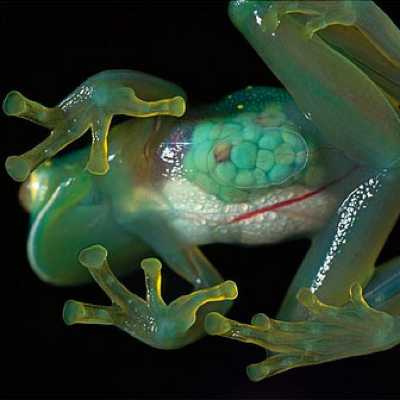 The glass frog’s flesh is entirely transparent, allowing you to see the internal organs, including the heart pumping away. The flesh thus takes on the hue of surrounding vegetation, making the frog hard to see. 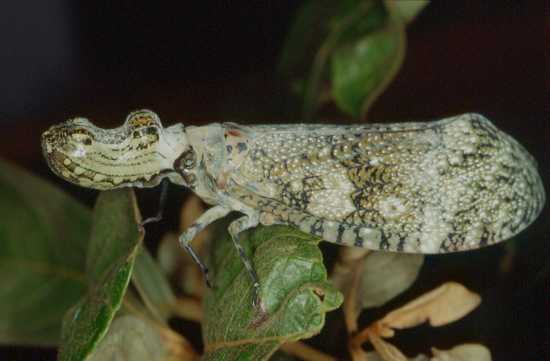 This weird looking insect has a bulbous protuberance from its head that looks remarkably like unshelled peanut. The significance of this seeming encumbrance is uncertain, although scientists believe it may mimic a lizard’s head, and thus deter curious predators. The insect is otherwise defenseless although its wings bear spots that look like an owl’s eyes, all part of its arsenal of deception. 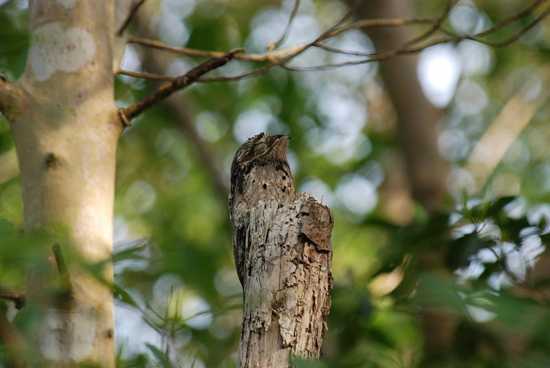 During the day, the potoo rests atop a dead branch, perfectly still and with plumage that mimics its resting place, blending in with its surroundings. It is nocturnal, catching flying insects, so its statue-like behavior during the day serves to hide it from predators. In the next, the chicks also freeze in position, but instead resembling fungi. 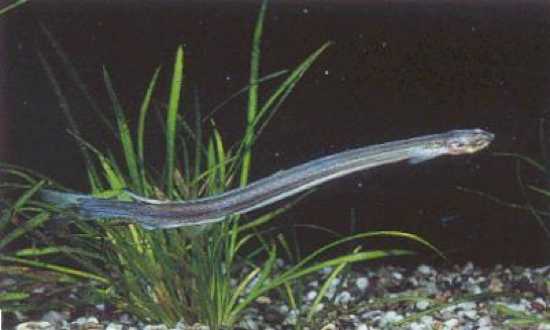 This nasty creature, also called the toothpick fish, has been reported to swim up the urogenital tract of bathers and lodges itself therein. Removal by surgery is the only treatment. In nature, the pencil-shaped fish parasitizes the waste ducts of aquatic animals, and apparently finds human orifices irresistible.
http://en.wikipedia.org/wiki/File:Candiru_Pic1.jpg